A monk and spiritual leader of Buddhists from Vietnam — who may be compared to the Dalai Lama of Tibet — is this year's recipient of the Pacem in Terris Peace and Freedom Award, made by the Diocese of Davenport.

Thich Nhat Hanh, 89, suffered a severe stroke a year ago and is recovering in California. Bishop Martin Amos of the Diocese of Davenport will meet on Oct. 30 in California with a representative of Nhat Hanh and 120 Vietnamese monastics. They will accept the honor on their leader's behalf.

Nhat Hanh had a friendship with the Rev. Martin Luther King Jr., a previous Pacem in Terris award winner.

Amos will be accompanied by Katie Kiley, Davenport. Kiley proposed Nhat Hanh for the peace award and has championed the monk's life work for the recognition.

Nhat Hanh, Kiley said, is to Vietnamese Buddhists what the Dalai Lama is to Tibet. Both men are brilliant and are refugees.

"They both were exiled from their native countries," she said.

Nhat Hanh was trained in the Mahayana Buddhist tradition and was ordained in 1949, Kiley said. He approached his mission for peace by first writing for it.

He will receive the peace and freedom award on Oct. 31, the 50th anniversary of the year King was selected for the same honor. In the 1960s, the two men built a friendship after Nhat Hanh wrote King and asked him to publicly oppose the Vietnam War.

King responded with his April 1967 anti-war speech, "A Time to Break Silence," at the Riverside Church in New York City.

King also recommended Nhat Hanh for the Nobel Peace Prize in 1967. In a letter to endorse the monk, he wrote: "Nhat Hanh has ... traveled the world, counseling statesmen, religious leaders, scholars and writers, and enlisting their support. His ideas for peace, if applied, would build a monument to ecumenism, to world brotherhood, to humanity."

Kent Ferris, social action director for the Davenport diocese, sits on the award committee with Kiley. He describes Nhat Hanh as the person who pioneered the idea to combine social action initiatives with Buddhism, which Ferris terms "engaged Buddhism."

Almost 50 years ago, Nhat Hanh's peace efforts escalated in Vietnam, and he was forced to leave his homeland in 1966. He was chosen to represent the Buddhist Peace Delegation to the Paris Peace talks in 1969, which resulted in the signing of the 1973 Paris peace accords. That cemented his exile from Vietnam, according to the diocese.

In 1976, Nhat Hanh attended the World Conference on Religion and Peace in Singapore, where he witnessed the plight of the Vietnamese refugees, or Boat People. He then helped to organize efforts to rescue them.

In 1979, Iowa Gov. Robert Ray accepted resettlement of thousands of the Boat People to the state.

Nhat Hanh founded Plum Village retreat near Bordeaux, France, his home monastery. He also founded three monasteries in the United States, including one, Deer Park, near San Diego. That is where Amos will make the 2015 award. In the spring, there will be a local ceremony to honor Nhat Hanh, Ferris said, involving those in the Buddhist community from the area.

Before his stroke, Nhat Hanh wrote of his approach to ecumenism: "On the altar in my hermitage in France are images of Buddha and Jesus, and every time I light incense, I touch both of them as my spiritual ancestors."

"The most precious gift we can offer others is our presence. When mindfulness embraces those we love, they will bloom like flowers."

"Keeping your body healthy is an expression of gratitude to the whole cosmos — the trees, the clouds, everything."

For more information about the Pacem in Terris award, including a list of past recipients, go to davenportdiocese.org/socialaction/sapaceminterris.htm.

Arctic ice is receding 'more quickly than ever'

Arctic ice is receding 'more quickly than ever'

Making Tabasco Sauce and working to save wetlands

Making Tabasco Sauce and working to save wetlands

Pacem in Terris award: The recipients 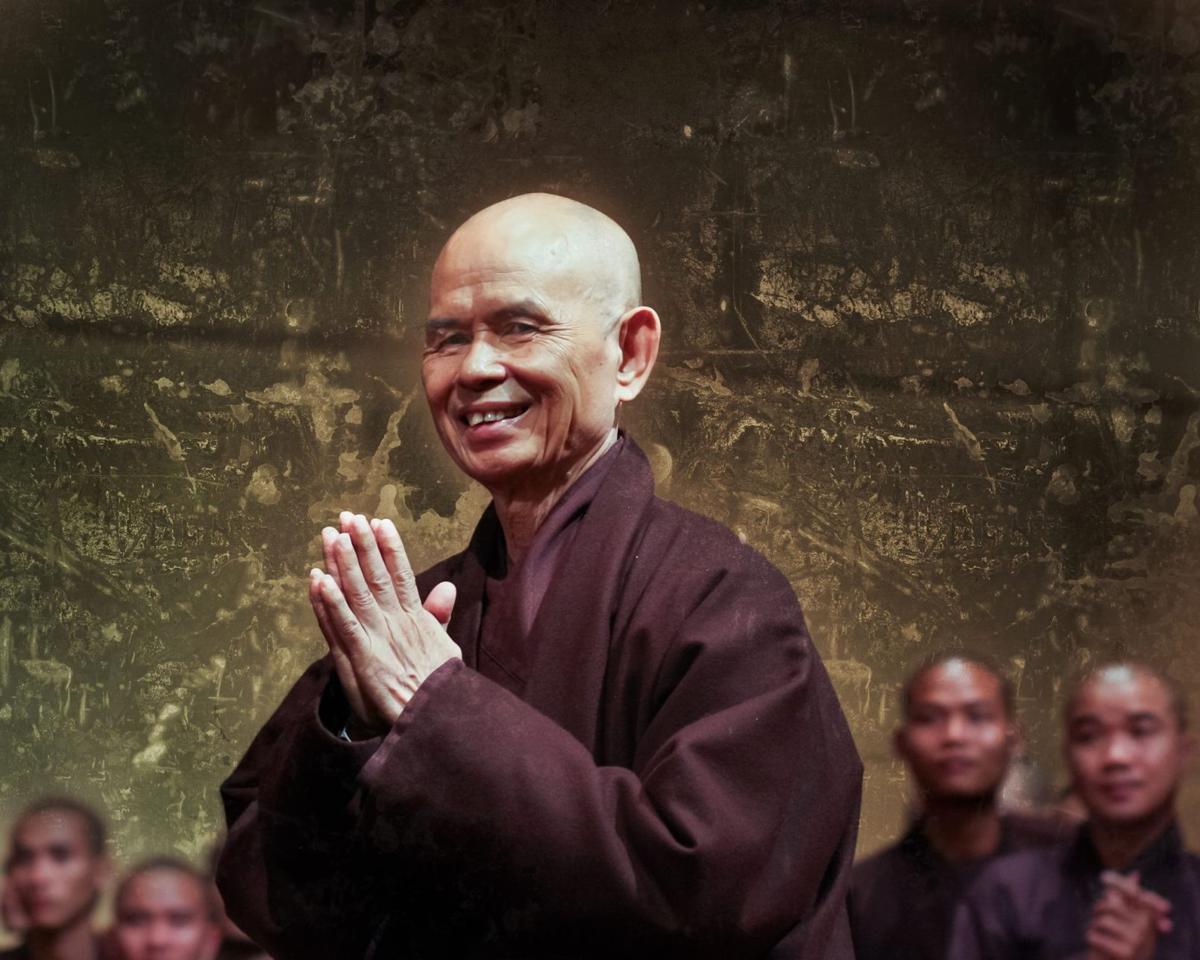 Thich Nhat Hanh, a Buddhist monk from Vietnam, is the 2015 Pacem in Terris Peace and Freedom Award winner, presented by the Diocese of Davenport. 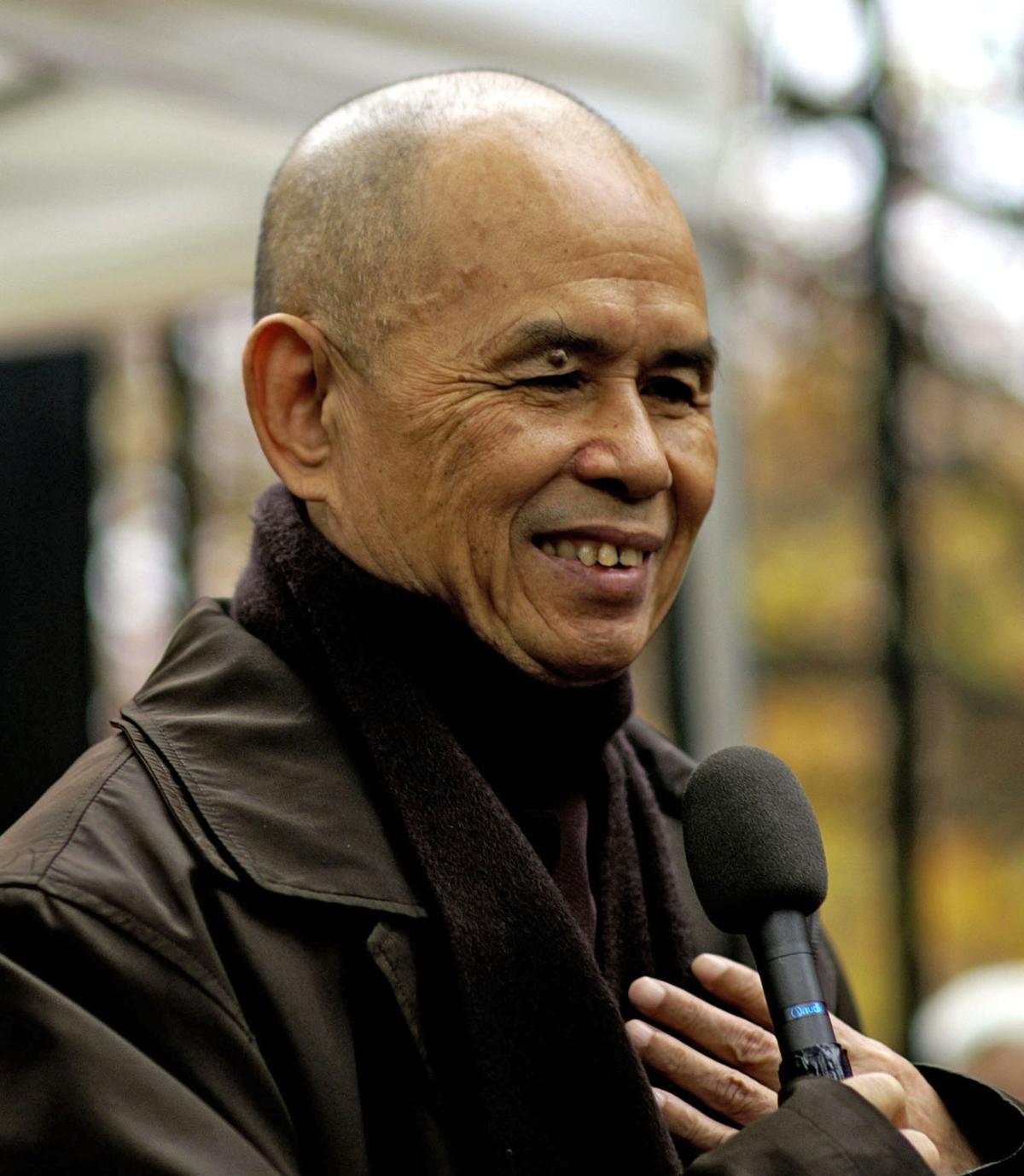