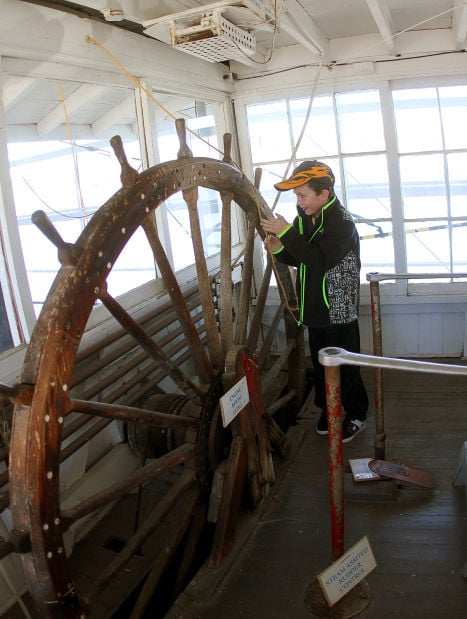 Carson Ford, 7, checks out the wheelhouse on the Lone Star steamboat Sunday at the Buffalo Bill Museum. Carson was there with his father, Randy Ford, and his Cub Scout Troop. 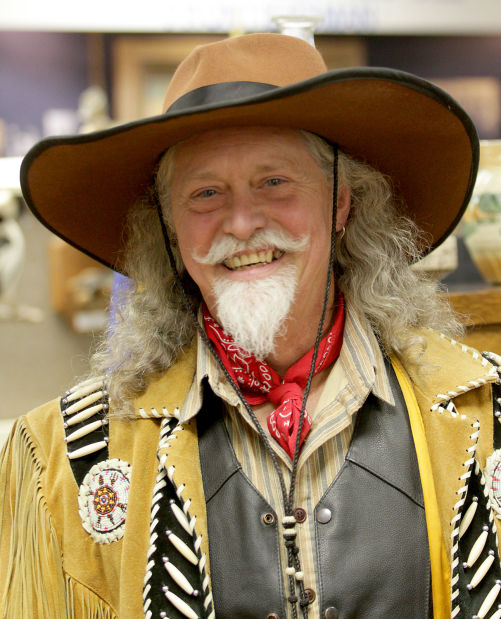 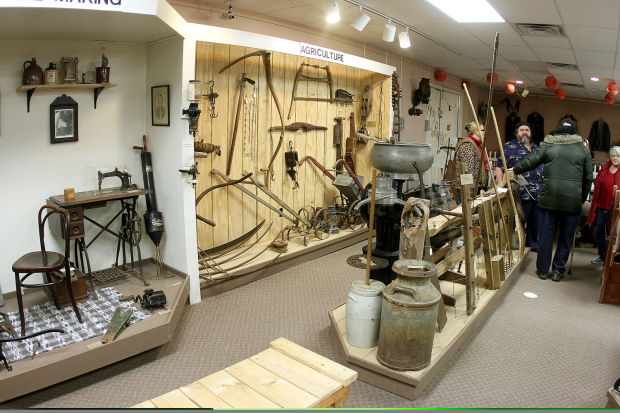 Visitors to the Buffalo Bill Museum in LeClaire look over displays Sunday.

William Frederick Cody was born in LeClaire 168 years ago Wednesday, but the Buffalo Bill Museum got a head start Sunday in celebrating his birthday and giving the public a sneak peek at its new addition.

Just like in his heyday as a Wild West showman, people of all ages came from near and far to learn about his life and times.

"I learned how he got his name killing buffalo to feed the railroad workers," said 7-year-old Eisla Madigan of Urbana, Ill.

Noah Owens, 14, of Racine, Wis., raised his eyebrows when he learned Buffalo Bill was a Pony Express rider when he was 14. Noah's dad, Larry Owens, was impressed, too, "You had to grow up fast back then."

Another visitor had a less heroic, and perhaps more human, Buffalo Bill story, "My grandmother had a run in with Buffalo Bill," Bettendorf's Tom Amyette said.

"She ran one of the few restaurants in Cody, Wyo., in the early 1900s. Buffalo Bill liked to eat there, but he didn't like paying. He thought his presence brought people to the restaurant. She saw it differently."

Differently is how 9-year-old Ethan Belby of Davenport sees history, grasping the big picture, if not all the details."He had a TV show about how hard it was to be a cowboy."

"Yeah, it was hard back then,” echoed 7-year-old brother, Carter. “You had to get your own food, and there weren't any gas stations."

Of course, it wasn't a television show, but Buffalo Bill's Wild West Show in the 1890s was even better.

"Travel was difficult back then, and people in the East and in Europe were fascinated with the Wild West, so, Buffalo Bill brought the West to them with sharpshooting, rope tricks, horsemanship, and re-enactments of stagecoach robberies and Indian battles," Buffalo Bill actor John Giovanazzi said.

Schiffke is just as proud of the museum's new $270,000 entrance and library, which will celebrate a grand opening and ribbon cutting March 7.

"We now have more space for displays, and researchers will be able to look at all our documents in a quiet room, all in one place," Schiffke said.

What: Grand opening of new entrance and library at Buffalo Bill Museum and Lone Star steamer

Carson Ford, 7, checks out the wheelhouse on the Lone Star steamboat Sunday at the Buffalo Bill Museum. Carson was there with his father, Randy Ford, and his Cub Scout Troop.

Visitors to the Buffalo Bill Museum in LeClaire look over displays Sunday.