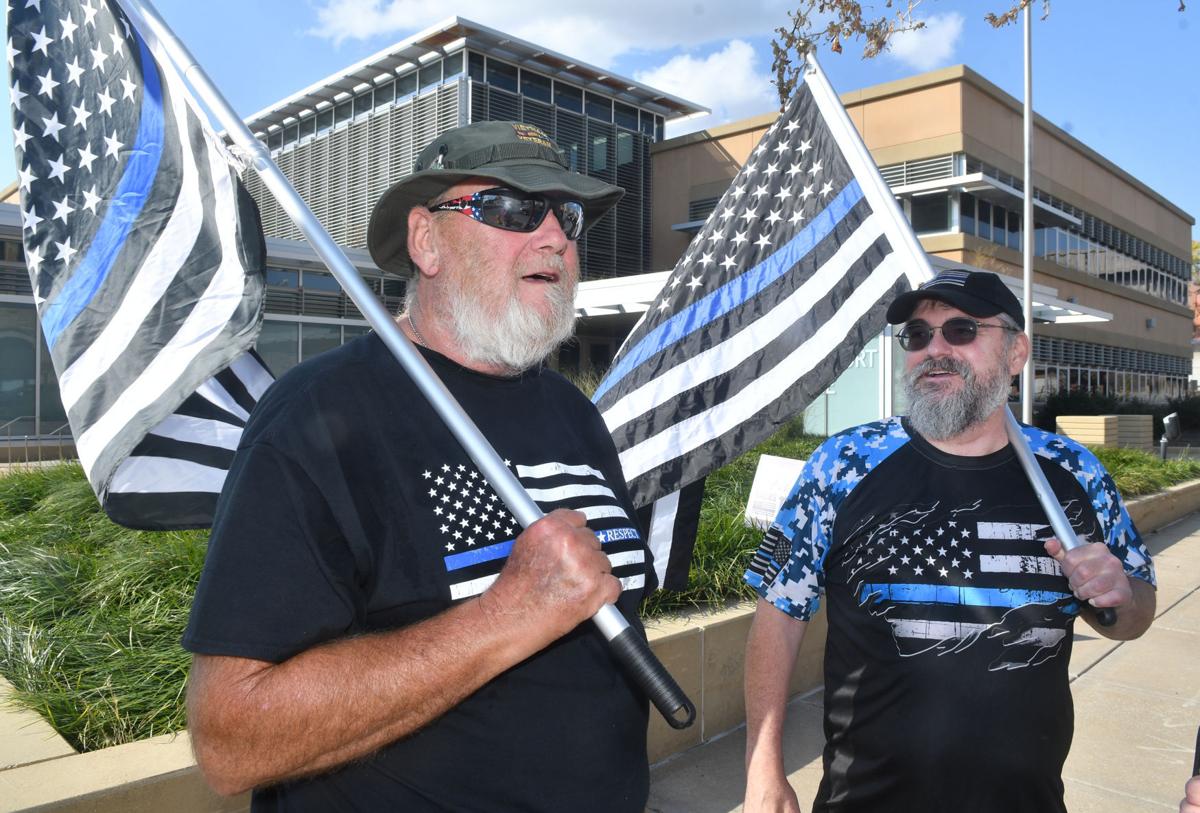 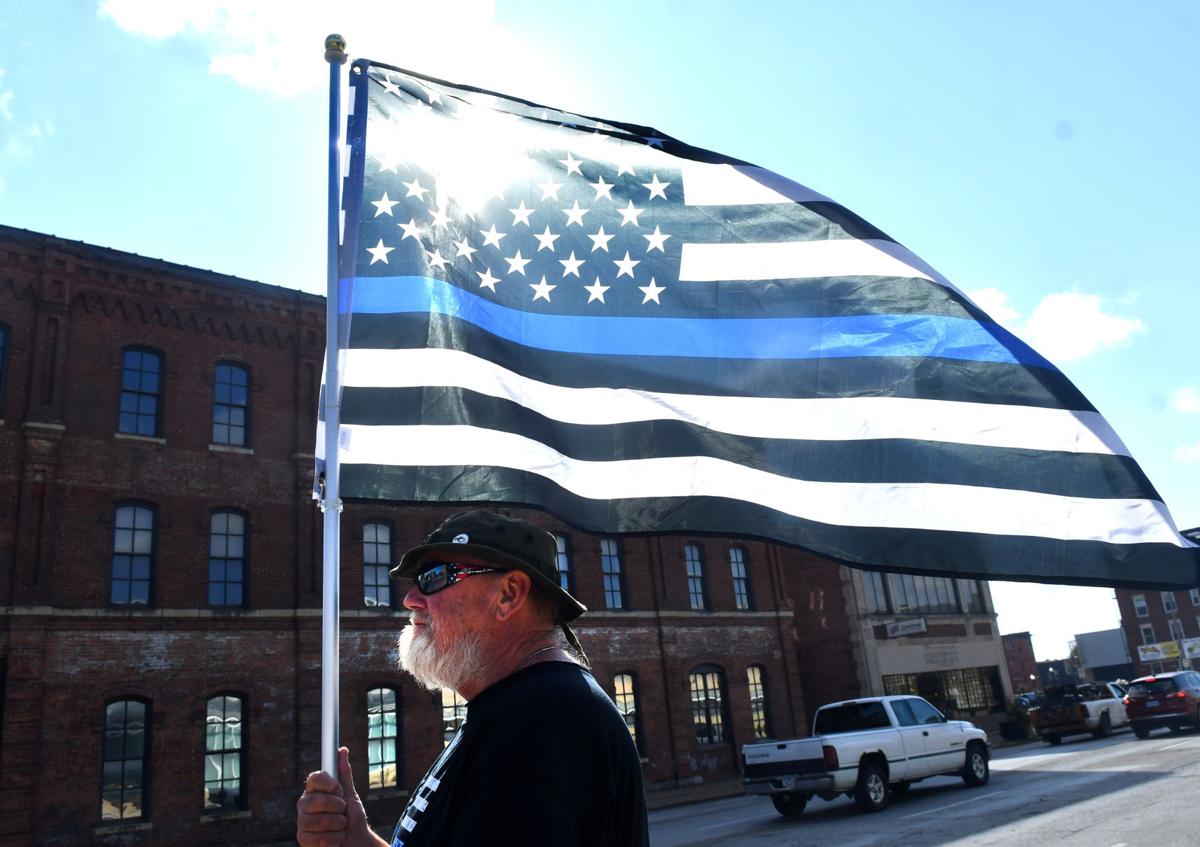 David Tygart of Davenport stands with a blue stripe flag in front of the Davenport Police Department.

Robert Gamble smiled and waved as some motorists honked their horns in support, or against, his efforts Sunday afternoon.

Gamble, 56, of the Des Moines area, is the head of the Iowa chapter of America Backs the Blue. He was joined by Davenport resident David Tygart, 69, on the sidewalk outside of the Davenport Police Department for two hours Sunday afternoon, the first two participants in a "Line the Street" event to support law enforcement, planned on Facebook.

Both were holding flags; Gamble with a “thin blue line” flag, which is black and white with one blue line while Tygart held an American flag.

“Cops are getting a bad rep” lately, Tygart said. “Just because there are bad demonstrators (at protests) or bad cops doesn’t mean all are bad.”

Tygart has, at times, sat outside of the police department along West Fourth Street for periods of time with a sign showing support for law enforcement. He began that effort in July.

Tygart reached out to him for Sunday’s event, Gamble said, which is the latest in a series of public demonstrations held by various organizers across the Quad-Cities since May. They have focused on social justice, civil rights, gun rights and other issues.

Gamble is head of the non-partisan Iowa chapter of America Backs the Blue, the chapter about two months old, with 10,300 to date. A Facebook page is the main communicator of the organization, which includes members from Iowa and the original chapter in Massachusetts.

Davenport’s event is just the latest for the group, Gamble said. Similar events, whether it be a show of support outside of a police station or a march through town, have occurred in Des Moines, Iowa City, Sioux City and Council Bluffs. There will be events next weekend in Fort Dodge and Ames.

But as fall weather settles in, the organization will add aspects outside of public demonstrations of support for law enforcement and first responders.

Gamble said there will be a push after the Nov. 3 election to look at crafting legislation in Iowa toward mandatory minimum sentences for assaults on police officers as well as measures against doxing, or posting phone numbers and/or home addresses about a person in a public forum like social media, of law enforcement officers on Facebook.

He said the Iowa chapter of America Backs the Blue is “working on wording and like to have some legislative backers once the new (Iowa) session convenes” in January 2021.

As the two men spoke to local media, motorists drove past honking and sometimes yelling in support, or against, the duo.

Both men were hopeful more people would join them as the afternoon progressed.

“Otherwise, I’ve been down here by myself lots so it’s nice to have someone to talk to,” Tygart said of Gamble.

Narren Brown drove three hours from Cresco, Iowa, to Davenport on Saturday to attend an open carry rally in support of gun rights and all civi…

'There are plenty of good people with firearms': We F.I.G.H.T. hosting open carry gun rally Saturday outside Davenport City Hall

Anyone attending is encouraged to not have a round in the chamber during Saturday’s event to practice gun safety.

Already planning a rally Saturday to protest the reported abuse of undocumented immigrants, the organization We F.I.G.H.T. added another rally…

David Tygart of Davenport stands with a blue stripe flag in front of the Davenport Police Department.