Davenport police have made an arrest in the death of Italia Marie Kelly, who was shot to death in the parking lot of Walmart on West Kimberly Road during the May 31 riots.

Parker Marlin Belz, 21, of 1828 Rockingham Road, Davenport, is charged with one count of first-degree murder.

The charge is a Class A felony under Iowa law that carries an automatic sentence of life in prison without the possibility of parole upon conviction.

According to the arrest affidavit filed by Davenport Police Detective Gregory Lalla, at 11:27 p.m. in the parking lot at 3101 West Kimberly Road, police responded to a gunshot victim.

In his affidavit, Lalla said that with “premeditation, malice aforethought and intent to kill the defendant (Belz) fired a gun at the victim (Kelly) striking her one time. The victim died as a result of the gunshot wound.”

Kelly, 22, was watching the civil unrest after getting off work that Sunday night, according to her aunt, Amy Hale of Atchison, Kansas.

Kelly, who went by the last name Impinto, and a friend were getting in a vehicle to leave around midnight because the unrest outside a Walmart had turned unruly, Hale said.

That's when she was struck in the back by a bullet that went through her shoulder and chest, likely killing her instantly, Hale said. Attempts to resuscitate her were not successful, and Kelly was pronounced dead at a hospital.

Kelly was the oldest of five siblings. Her younger sister Jasmine Kelly, 19, recorded an emotional Facebook Live video hours after the shooting.

"A protester shot my sister! A protester!" she said. "You are so mad at the police that you are hurting everyone else."

Later, she added: "This was the ignorance of every single one of y'all that decided to shoot into a crowd. That bullet just happened to hit my sister."

Belz, who used to be named Parker Marlin Voss before he petitioned the Scott County District Court for a name change in 2018, has a criminal record that includes a 2016 plea of guilty to engaging in a riot when he got into a fight on a public street with two other people. The charge is an aggravated misdemeanor for which he was sentenced to six months on probation.

He also pleaded guilty in 2016 to an aggravated misdemeanor charge of assaulting a police officer. He was sentenced to six months on probation after pleading guilty.

Also in 2016 he pleaded guilty to a charge of third-degree criminal mischief and was sentenced to one year on probation.

Belz was being held Friday night without bond in the Scott County Jail.

The Associated Press contributed to this story 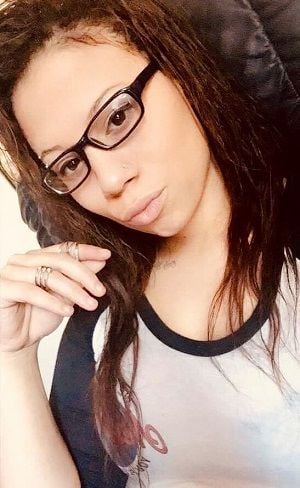 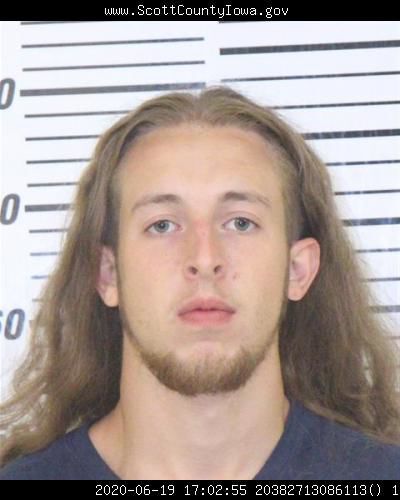