Authorities arrested two Davenport men Monday on drug trafficking charges after police seized more than 1 pound of methamphetamine from the vehicle in which they were riding Monday.

Robert Stanley Nelson III, 40, and Joshua John Paarmann Sr., 30, who is awaiting trial on meth trafficking charges, each is charged with one count of possession with the intent to deliver more than 5 grams of methamphetamine. The charge is a Class B felony under Iowa law that carries a prison sentence of 25 years.

Each of the men is also charged with possession with the intent to deliver heroin, a Class C felony that carries a prison sentence of 10 years.

Both Nelson and Paarmann also are charged with possession with the intent to deliver cannabis, as well as two counts each of violating Iowa’s drug tax stamp law. Each of those charges is a Class D felony that carries a prison sentence of five years.

Nelson is also facing additional charges after members of the Scott County Sheriff’s Department’s Special Operations Unit searched his home and seized five packages of meth totaling 11.7 grams. Agents also seized packaging materials, digital scales, glass meth pipes and $4,125 in cash. During a post-Miranda interview Nelson told agents that $3,700 was for his methamphetamine supplier in order for him to purchase about a half-pound of meth in order to sell, according to the arrest affidavit.

Nelson is charged in that case with possession with the intent to deliver meth and violating Iowa’s drug tax stamp law.

According to the arrest affidavit filed by police, at 12:22 p.m. Monday, a trooper with the Iowa State Patrol stopped a red 2020 Ford F-150 on Interstate 80 near mile post 284 near Walcott. A drug dog sniffing around the truck picked up the scent of narcotics.

Agents seized 585 grams, or 1.29 pounds, of crystal methamphetamine from the pickup. According to police, one-tenth of a gram is the normal amount for one dose, or “hit,” of methamphetamine. Agents also seized 23 grams of heroin, 44 grams of cannabis and a meth pipe.

A preliminary hearing in Nelson’s case is scheduled for April 9 in Scott County District Court.

Paarmann was being held Wednesday night in the Scott County Jail on cash-only bonds totaling $135,000.

Paarmann was out on bond during his arrest Monday. He and Karley Ann Smith, 27, were arrested December 17 by Davenport Police on meth trafficking charges.

During surveillance of Paarmann’s residence before serving the search warrant, officers saw numerous people going to and from the home.

Paarmann is charged in that case with two counts of possession with the intent to deliver methamphetamine, both Class B felonies that carry a prison sentence of 25 years on each count. He also is charged with being a felon in possession of a firearm and violating Iowa’s drug tax stamp law, both of which are Class D felonies that carry a prison sentence of five years each.

Paarmann also is a suspect in a shots-fired incident that occurred in November.

According to the Iowa Department of Corrections electronic records, Paarmann is on probation until March 2023 for a second-degree theft conviction.

Paarmann’s trial on the charges from his December arrest is scheduled for April 26 in Scott County District Court.

A preliminary hearing for Paarmann on the drug charges from Monday's arrest is scheduled for April 9 in Scott County district Court.

Smith also is facing two charges of possession with the intent to deliver methamphetamine, each of which carry a prison sentence of 25 years.

Smith remains in the Scott County Jail on a cash-only bond of $50,000 and a $2,000 bond, cash or surety. She is scheduled to go to trial on the drug charges April 26 in Scott County District Court.

Senior royals walk in the Duke of Edinburgh's funeral procession

Davenport man, 22, sentenced to more than 11 years in federal prison for drugs and weapons

Moline superintendent: Students who made video will not go unsanctioned 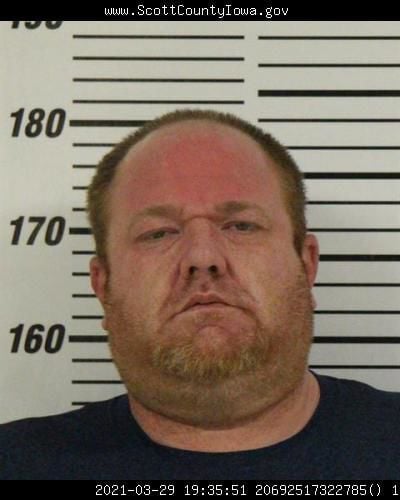 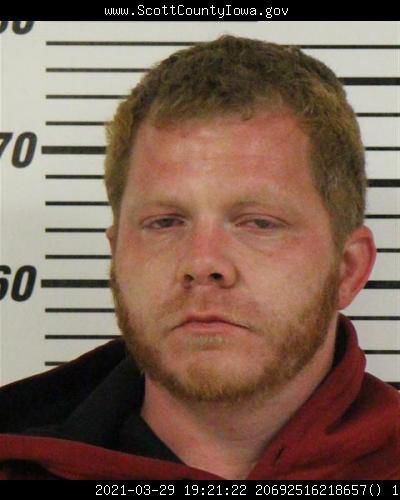 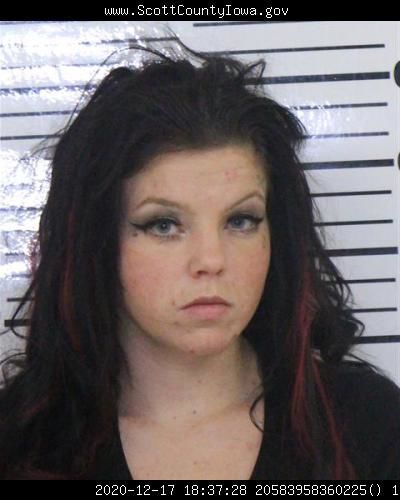