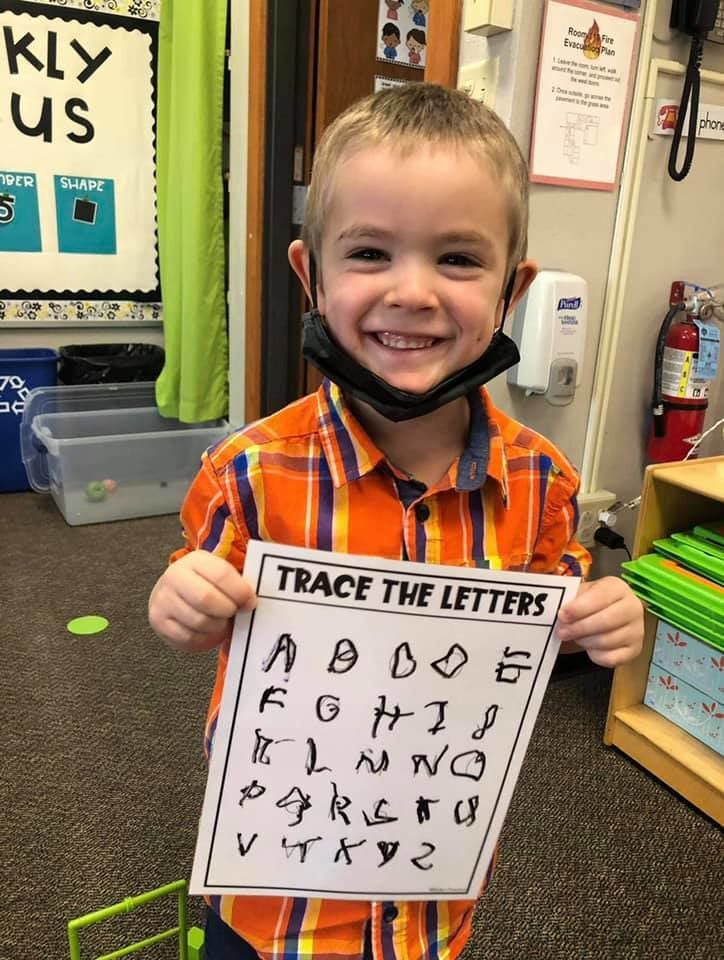 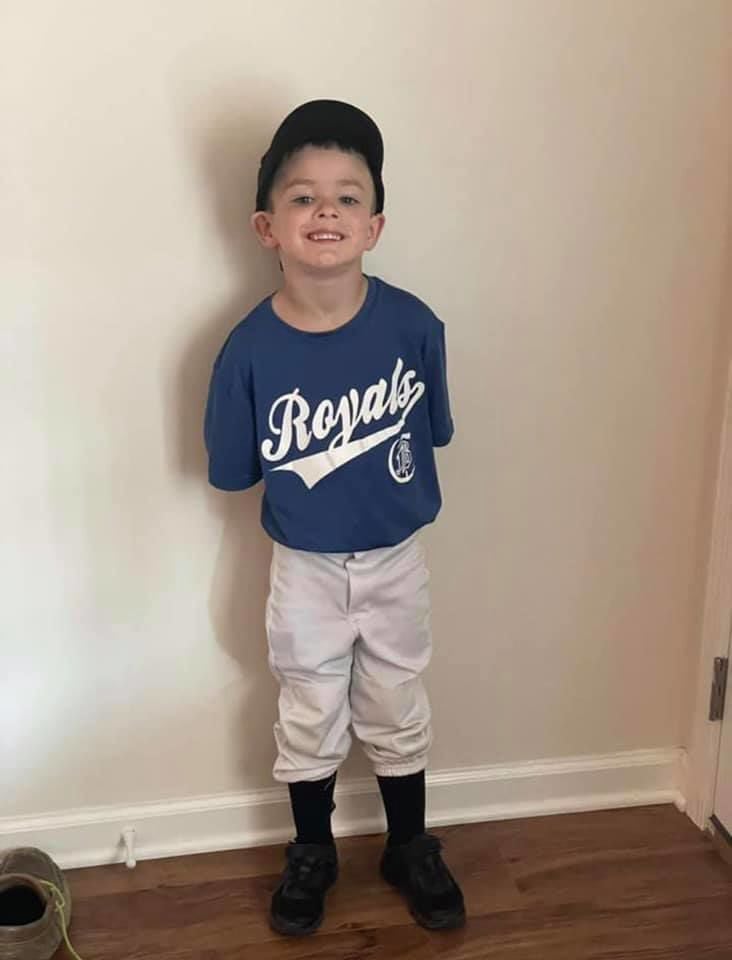 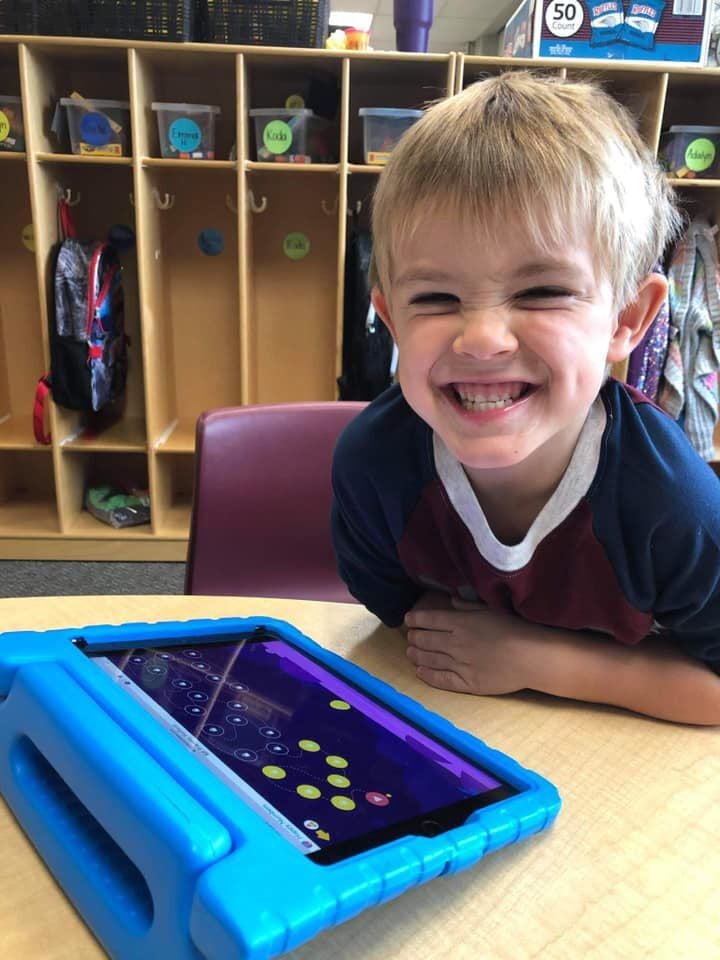 Brantley Welford, from Eldridge, was killed in August while under the care of his mother's boyfriend in Indiana. Welford's aunt, Jenna Bruck, has started a website to honor her nephew and bring attention to children's custody decisions.

When Jenna Bruck started a website to honor her late 4-year-old nephew, she never expected it to get as much attention as it did. She's hoping she can use it to make a difference in children's custody decisions.

Bruck saw one of these decisions first-hand, when her nephew and niece were returned to the custody of her sister, Victoria Welford, on April 1 of this year. Bruck's 4-year-old nephew, Brantley Welford, was killed a little less than five months later while under the care of his mother's boyfriend in Indiana.

After Brantley's death, Bruck set up a Facebook page and a website, both titled "Justice for Brantley."

"Brantley left a mark on everyone's heart. He was just a loveable kid. Now there is just a huge void in all of our lives. He will forever be missed," Bruck said. "He was a kid that just wanted to please everyone. He wanted to do well, he wanted to succeed."

Bruck said she originally started the Justice for Brantley page to keep people updated on the case against Dylan Diericx, Victoria Welford's boyfriend, who is charged in Indiana with neglect of a dependent resulting in death. The page quickly grew bigger than Bruck had anticipated. She said she hopes to use the page to hold accountable the court system that returned Brantley and his sister to their mother.

Bruck said Victoria and her former husband Jay Welford, the kids' biological father, lost custody of the kids in 2018 because of alleged medical abuse against Brantley's sister. The kids were placed in foster care while the case was investigated and in August 2020 the parents' rights were terminated and the foster family moved to adopt the children. Victoria and Jay both appealed the termination and in October 2020 the Iowa Appellate Court overturned the termination of Victoria's rights but upheld the termination of Jay's rights.

The children then started the process of reunification and were returned to Victoria's full-time care on April 1. The kids lived with Victoria and Diericx in an apartment in Eldridge.

Victoria and Jay had been separated since mid-2020, according to Bruck, though Clinton County court records show they weren't officially divorced until August 2021. Victoria started dating Diericx in November 2020, Bruck said.

"I plan on using the (Justice for Brantley) page to hold those accountable that played a hand in having the termination (of Victoria's parental rights) overturned," Bruck said. "We would like to see some changes to the reunification process. Stricter rules around supervised visits, deeper vetting of people that are going to be around the kids, a mandatory number of hours spent in parenting classes, counseling for the parents, stricter rules on what the appellate court bases their decisions on. If you are going to overturn the termination of one parent and not the other and they are still married, what are your expectations of DHS?"

Bruck said most of all she wants to use the page to honor Brantley's memory and make sure the truth about what happened to him is known.

Brantley died in a hospital in Fort Wayne, Ind., where he was airlifted after Diericx called 911 on Aug. 19 to report Brantley was seriously injured, according to an arrest affidavit. Diericx claimed Brantley had been injured accidentally when Diericx had tossed the child onto a bunk bed in the sleeper of Diericx's semi-tractor. Diericx also admitted the child had been injured at other points during the five days he was under Diericx's care.

Brantley, who would have turned 5 just a few days after the incident, had serious injuries, including fractures in the clavicle and shoulder blade, bruises and abrasions on the face, lacerations and blunt force trauma to the back of the head, bruises to genitalia, injury and bleeding from the anus, cuts on an arm, a broken lip and burns around the mouth and other parts of the body, the affidavit states.

The medical staff at the hospital reportedly said the injuries suffered by the child were not consistent with the explanations given by Diericx.

Diericx was arrested for neglect in relation to the death. He faces 20 to 40 years in prison if convicted. He was being held in the LaGrange County Jail in Indiana but was released on bond earlier this month. His next court date is scheduled for Nov. 15.

Bruck said Brantley's sister has been removed from her mother's custody and is currently living with her paternal grandmother.

Bruck is hosting a memorial in Brantley's honor this Sunday, Oct. 3, from 11 a.m. to 2 p.m. at the Eldridge Community Center. The memorial is open to the public and they'll be serving spaghetti and pizza, some of Brantley's favorite foods.

"Brantley was a vibrant little boy. He loved to play soccer and baseball. ... He loved to play with tractors, combines, monster trucks, firetrucks, any kind of truck or farm equipment he could get his hands on," Bruck said. "He loved to help out with chores, whether they were in the house or on the farm. He was always there and willing to lend a helping hand with a big smile on his face. He loved it when you would tell him he did a great job and that he made your heart happy."

Biden warns Putin on any aggression toward Ukraine

Biden warns Putin on any aggression toward Ukraine

An Eldridge man who was charged in the death of a 4-year-old in Indiana in August has been released on bond from the LaGrange County jail.

A former Eldridge Police officer has been arrested for allegedly sexually abusing a 14-year-old girl while on-duty.

Bond was reduced in Scott County court Tuesday for a man facing an attempted murder charge and a man charged with first-degree murder.

The man is accused of suffocating his brother to death in November.

A DeWitt man accused of sexually abusing a 15-year-old girl in February pleaded not guilty Wednesday.

A Davenport man was arrested Thursday afternoon and charged with second-degree sexual abuse for allegedly abusing a 12-year-old in January.

A Davenport man was sentenced Friday to 10 years in prison for sexual abuse of a child under 12 years old.

The Scott County Emergency Management Agency and the city of Davenport announced updates Monday to their public communication tool.

Several pets were lost in a house fire Monday morning in Moline. The two human occupants of the house were able to escape safely, but the house was deemed a total loss.

Brantley Welford, from Eldridge, was killed in August while under the care of his mother's boyfriend in Indiana. Welford's aunt, Jenna Bruck, has started a website to honor her nephew and bring attention to children's custody decisions. 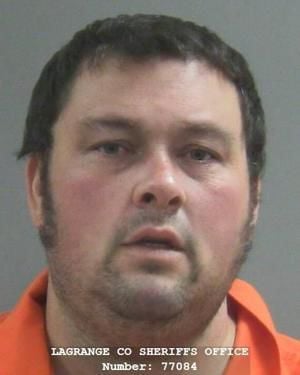