We’ve had to say goodbye to some beloved musicians, athletes, actors and more. Here's a look at the stars we've lost so far in 2022, through November.

A 27-year-old member of the Davenport-based street gang Savage Life Boys has been sentenced to more than 37 years in federal prison for gang activity that eventually led to the 2017 shooting death of a man at the Hotel Davenport.

Darion Daquan Gardner, also known as “Lil man,” pleaded guilty July 27 to charges of assault with a dangerous weapon in aid of racketeering, causing death through use of a firearm, and attempted murder through the use of a firearm.

Gardner will have to serve five years on supervised release after he completes his prison sentence.

There is no parole in the federal system.

In a sentencing memorandum for the court, Gardner’s attorney, Cory Goldensoph of Cedar Rapids, said Gardner’s case “as many like it, displays the obvious tears in the fabric of American society when it comes to plight of young black men. Mr. Gardner was raised by his mother.

“He loves and respects his mother, and frankly told his attorney that he doesn’t blame her for any of the troubles he has ever gotten into as he made his own choices,” Goldensoph wrote. “He did, however, have a difficult childhood.”

Goldensoph explains that while Gardner was growing up he believed a man named Darion Dixon to be his father. However, Dixon spent “a good deal of time in prison” and was rarely in Gardner’s life, which left Gardner without a male role model.

“It would appear that something was lacking in Mr. Gardner’s life and he embarked on committing crimes, starting at age 11,” Goldensoph said. “Ultimately, he started the Savage Life Boys gang. The gang felt like family to him. It is unfortunate that Mr. Gardner for some reason felt like he needed this feeling of family. This familial like bond was significant enough that it was a contributing force in compelling him to participating in many violent acts. Although Mr. Gardner is not facing a prison sentence of life in prison, he will be spending the vast majority of his life in prison.”

According to a superseding indictment, Gardner is one of five members of the Savage Life Boys facing weapons and racketeering charges. He also is the first of three of the gang’s members who pleaded guilty to charges to be sentenced. Two others are scheduled for trial.

A total of 18 criminal charges were filed against some or all of the men.

According to the indictment filed Jan. 12, the gang maintained authority over territory they claimed, and their profits derived from illegal activity by using intimidation, threats of violence and violence. Victims and witnesses were intimidated through threats of violence. And the gang committed acts of violence against members of rival street gangs, such as Zone Fifth, Black Savage and other rivals.

The adult members of the gang used juveniles to commit crimes. The members sold drugs such as ecstasy, crack cocaine and marijuana, and committed or planned to commit acts of violence against other drug dealers, including acts of murder.

On Feb. 12, 2017, gang members went to a concert at the Hotel Davenport, which was at 53rd Street and Welcome Way but has since been razed. Gardner and several other Savage Life Boys started a fight with a person they believed had disrespected their gang.

Gardner fired several shots. Marques Cotton, 29, of Peoria, was killed, and another man was wounded.

Before the killing of Cotton, Gardner had served 2 ½ years in federal prison after pleading guilty to a charge of fugitive in possession of a firearm. Gardner was arrested on the charge on March 6, 2015, according to U.S. District Court, Davenport, electronic records. He pleaded guilty to the charge on June 30, 2015, and on Nov. 19, 2015, he was sentenced to 30 months in federal prison to be followed by three years on supervised release.

While serving his second sentence, federal authorities filed racketeering and weapons charges against Gardner and his fellow gang members.

Quinn and Smith are scheduled to go to trial on the charges on Feb. 6, 2023, in U.S. District Court, Davenport.

Culbreath pleaded guilty May 25 to one count each of assault with a dangerous weapon in aid of racketeering and use and carrying a firearm during and in relation to a crime of violence. He is scheduled to be sentenced Feb. 21 in U.S. District Court, Davenport.

“We are incredibly proud of the collaborative efforts and dedication and persistence to bring closure for the victims and justice for those responsible in the 2017 homicide and several other shootings,” Davenport Police Chief Jeff Bladel said in a news release.

“This case is a great example of the incredible partnership the Davenport Police Department has with the U.S. Attorney’s Office and their commitment to justice for our community and the victims of violent crime.”

Watch Now: Popular videos from the past week you may have missed

We’ve had to say goodbye to some beloved musicians, athletes, actors and more. Here's a look at the stars we've lost so far in 2022, through N…

CVS and Walgreens plan to offer the abortion pill

CVS and Walgreens plan to offer the abortion pill

Top 10 reasons drivers get pulled over

Top 10 reasons drivers get pulled over

Through the horror and desperation, rare scenes of redemption in Syria and Turkey

Through the horror and desperation, rare scenes of redemption in Syria and Turkey 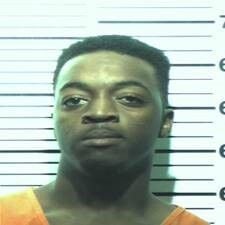 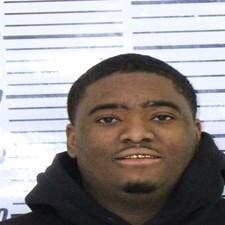 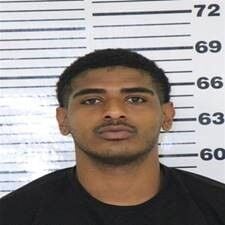 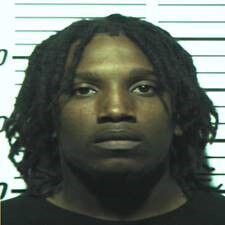 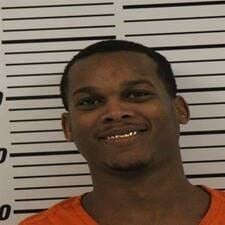