A Davenport man wanted on warrants out of three counties was arrested Wednesday night following a standoff at a Bettendorf home that lasted several hours.

Joshua Michael Dieckmann, 33, last known address in the 1200 block of West Rusholme Street, was booked into the Scott County Jail just after 1 a.m. Thursday on charges of interference with official acts with injury, a serious misdemeanor, in connection with the standoff.

Dieckmann also has warrants out of Rock Island and Clinton counties, as well as warrants for violating his probation in two Scott County cases.

Just after 7 p.m. Wednesday, Bettendorf police attempted to serve a search warrant at 3173 Willowwood Drive in connection with a burglary investigation, according to an arrest affidavit filed Thursday.

One of the occupants, Sarah Marie Thompson, 35, left in a vehicle and was pulled over in the 2800 block of Tanglefoot Lane, according to the affidavit.

Another occupant, Brandi Kaye Smithson, 41, was located in the home.

Dieckmann was seen trying to jump from a third-story window, according to the affidavit. Bettendorf Police Chief Keith Kimball said that police did not know Dieckmann would be at the home at the time of the search.

For several hours, officers gave verbal demands for Dieckmann to leave the house.

Once contact was made, he continued to ignore officers and eventually fell on purpose from the attic through the ceiling and onto a bed in a second-story bedroom, according to the affidavit.

Officers attempted to place him into custody and, as a result, two officers suffered cuts to their hands, according to the affidavit.

Dieckmann resisted officers by trying to pull his arms under his body, according to the affidavit.

Kimball said Dieckmann had to be subdued with a stun gun.

Police searched the home after it was cleared and found $400 worth of stolen property, including a power tool, battery and keys that were taken during a burglary that was reported Monday in Bettendorf, according to the affidavit.

A Smith & Wesson .22-caliber handgun that as reported stolen from Muscatine County in September was found in Smithson’s bedroom, according to the affidavit.

Smithson admitted to police that she found the gun in her garage and moved it to her bedroom, according to the affidavit.

She is a convicted felon and is prohibited from owning or possessing a firearm. She was charged with trafficking in stolen weapons, possession of a firearm or offensive weapon by a felon, both a Class D felony, and fourth-degree theft, a serious misdemeanor.

Thompson was charged with fourth-degree theft and driving while barred, an aggravated misdemeanor. She posted $3,000 through a bail bond company and was released from the jail. Smithson was released and placed on pretrial supervision.

Dieckmann, at the time of his arrest, was wanted in Scott County in connection with two incidents earlier this year.

Around 4 a.m. Sept. 28, Dieckmann and an accomplice who was not named in an arrest affidavit went into the Current Hotel, 215 N. Main St., Davenport, used a general access key and entered a hotel room.

He was confronted by the occupant of the room and fled, according to the affidavit. He was charged with second-degree burglary, a Class C felony, in connection with the case.

On Sept. 7, he appeared at the Clinton Driver’s License Station and produced a Kentucky birth certificate and Social Security card in the name of “Joshua Standifer,” who died in April 1988, according to an arrest warrant.

Dieckmann was issued an Iowa driver’s license and then went to the Scott County Treasurer’s Office and made an application for an Iowa title for a vehicle, according to the affidavit.

He was issued a title in Standifer’s name, according to the affidavit.

A request for warrants were approved in both Clinton and Scott counties in connection with the case, according to the affidavit. He was charged with second-degree fraudulent practice and identity theft over $1,000, both a Class D felony, in the Scott County case.

Dieckmann also has a pending drug case in Rock Island County. According to court records, a warrant was issued for his arrest when he failed to appear at a hearing in August.

Watch Now: Aftermath of fire near corner of 9th Street and Gaines Street in Davenport

Watch Now: Aftermath of fire near corner of 9th Street and Gaines Street in Davenport

Davenport man arrested for sexual abuse of children in 2014

A Davenport man was arrested for sexually abusing two children back in 2014.

A Davenport man was sentenced Tuesday to 12 years in prison for receiving more than 600 images and videos containing child pornography.

Dinkins will get a public defender in Breasia Terrell murder case

Henry Dinkins had his first court appearance Thursday after being accused of the murder of 10-year-old Breasia Terrell. 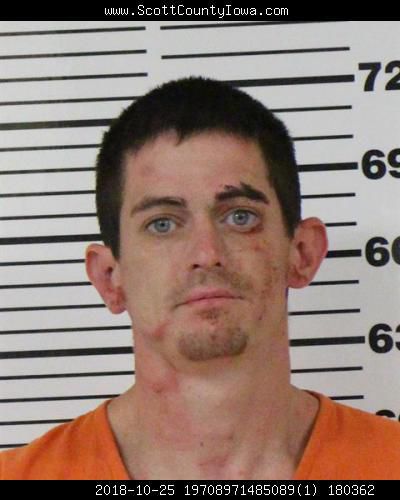 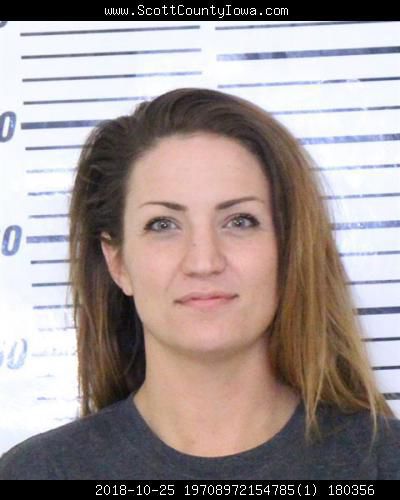 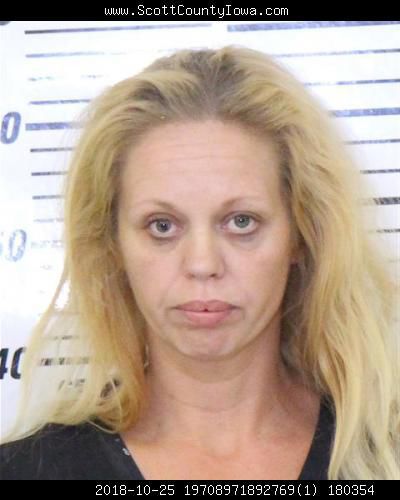