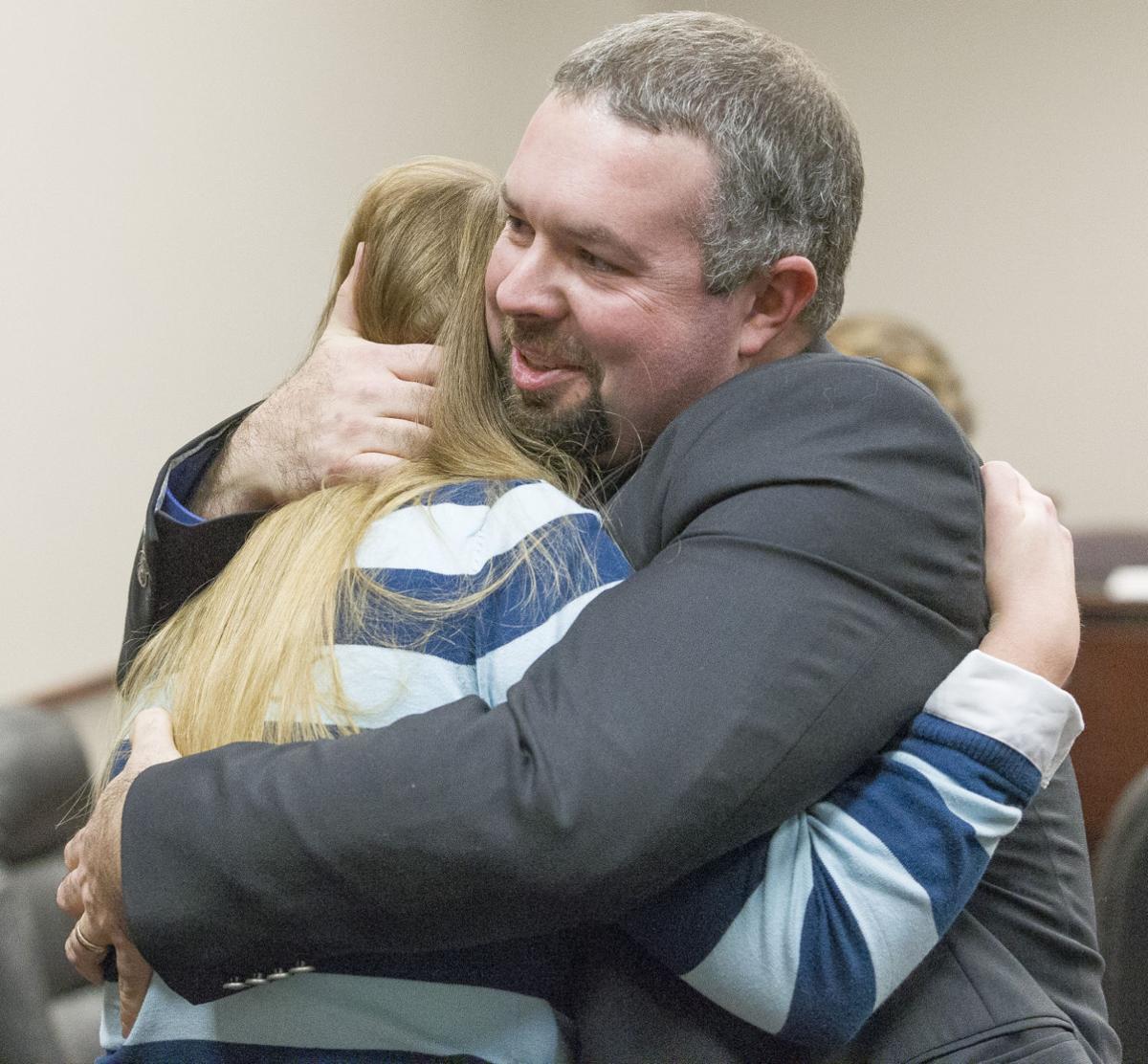 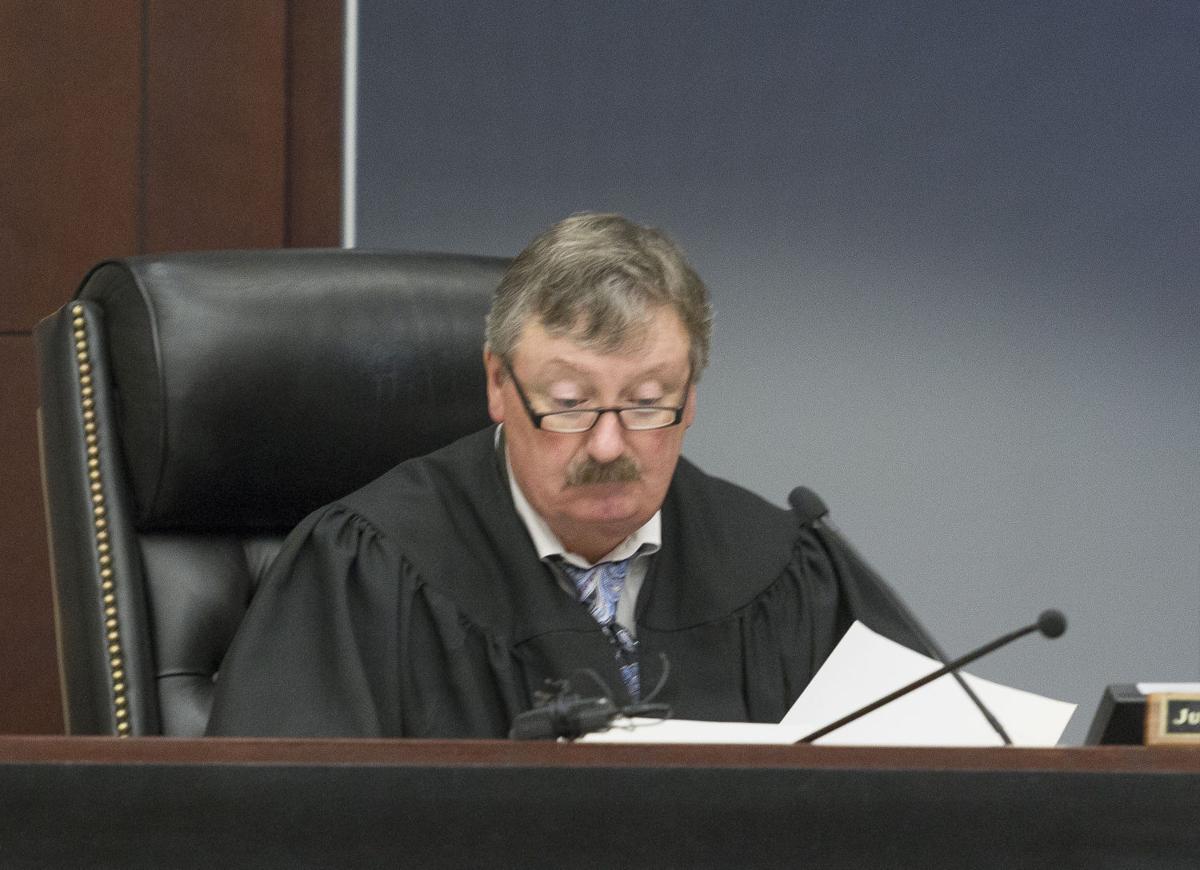 A Rock Island County jury deliberated a little more than hour Tuesday before acquitting a former Sherrard High School agriculture teacher of allegations that he had inappropriate contact with two female students.

Corey C. Terwilliger, 33, of Alexis, Ill., tightly hugged his wife, Tosha, his parents and several former students just moments after the jury of eight-men, four-women found him not guilty on two counts of misdemeanor battery.

“You have to put faith in the system,” Terwilliger said after the verdict was read. “It’s been what we’ve had for 200 years for a reason, and you just have to believe in it.”

Jurors handed down their verdict following two days of testimony.

Two former agriculture students, Isabelle Ausdale and Kaysyee Haley, each filed an order of protection against Terwilliger in April.

They claimed in the orders of protection that Terwilliger, who also was the high school's Future Farmers of America adviser, made inappropriate comments and had unwanted physical contact with them.

A third party later contacted the Rock Island County Sheriff’s Department;  Terwilliger was arrested in May.

He was placed on administrative leave from the school district and later resigned. His teaching license has been on hold pending the outcome of the case.

The orders of protection taken out by the students were dismissed in mid-November.

Haley testified at trial that Terwilliger placed his arm around her and kissed the top of her head during a holiday party in December 2014.

Several former and current Sherrard High School students testified Tuesday that Terwilliger had given Haley a pair of “footie” pajamas, which she had been excited to receive, during a Secret Santa gift exchange.

The students testified Tuesday that they did not see Terwilliger kiss Haley on her head.

Ausdale, who spent a lot of time with Terwilliger’s family and babysat his oldest daughter, testified at trial that Terwilliger had grabbed her face and said “I own you” during an incident in March.

Rock Island County Assistant State’s Attorney Beth Adams told jurors during her closing argument that the teens did not deny that they had a close relationship with Terwilliger, who they described as one of their favorite teachers.

The teens risked everything, including relationships with fellow FFA students, to come forward, Adams said.

Defense attorney Katherine Drummond in her closing argument called Ausdale and Haley “manipulative” and “entitled” and that they made baseless claims against Terwilliger because he was critical of their roles in the organization during their senior year.

“The only victim sitting in this courtroom today is my client,” she said.

She argued that no one other than Ausdale and Haley witnessed the incidents that were alleged.

Terwilliger, who now works for a butcher in Galesburg, Ill., said after the verdict that he has lost 40 pounds and has had many sleepless nights since the students made their allegations.

One of the hardest things, he said, was that his 5-year-old daughter had nightmares for two months about "two girls being mean to Daddy."

Terwilliger chose not to testify at trial. Drummond called 11 witnesses – which included several students – who described him as a “mentor” who had an open-door policy for his students.

Terwilliger said more than 100 people reached out to his attorney to offer their support and information regarding the case.

Seeing those supporters in court to testify on his behalf and listen to the verdict made him realize that he was the "luckiest person alive."

Terwililger said he does not yet know what his next step will be, including whether he will go back to teaching or file a lawsuit.

“I miss the kids so bad, it’s not even funny,” he said. “But, at the same time, I knew there was no way in the world that I wanted to teach when all this was going on. It seemed like the only logical thing to do is to get out and remove myself from education for the time being, and we’ll go from there.”