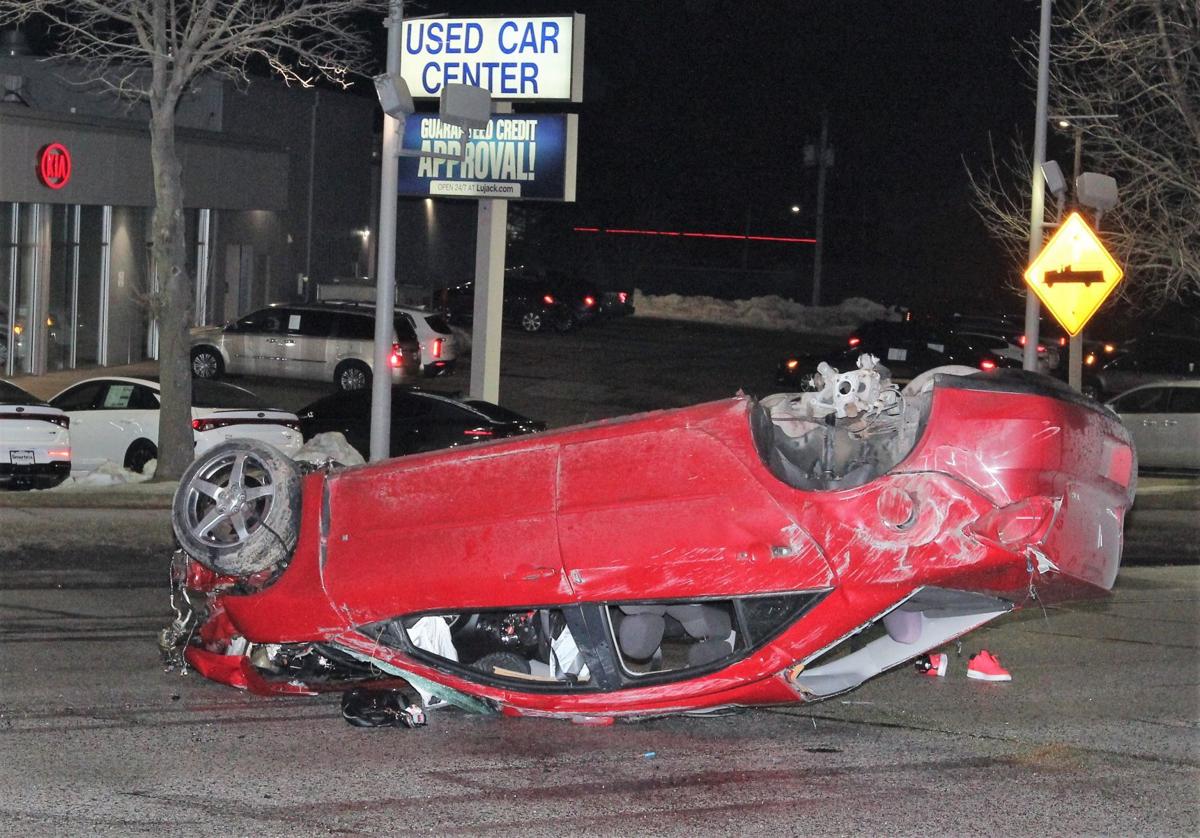 The occupants of this Pontiac G-6 were taken to Genesis Medical Center after a rollover crash Friday night at Welcome Way and Harrison Street in Davenport.

Welcome Way in Davenport between Harrison and 35th streets was closed for a couple of hours Friday night as Davenport Police investigated a single-vehicle rollover crash.

The crash occurred at 8:25 p.m. There were five occupants in the vehicle, and all were all taken to Genesis Medical Center. The ages of the occupants and the extent of their injuries were not given by police Friday night.

The vehicle, a Pontiac G-6, was southbound on Welcome Way when the driver lost control and the car went onto the east curb nearest Smart Kia of Davenport. The car crashed through a large electrical box and landed on its top.

The crash remains under investigation by the Davenport Police Department’s Crash Investigation Unit.

Biden: This is the decisive decade on climate

Biden: This is the decisive decade on climate

Fifteen alleged members and associates of the Lowrider Street Gang—based out of Davenport—have been charged with 37 counts of racketeering.

Davenport man, 22, sentenced to more than 11 years in federal prison for drugs and weapons

A Quad-City man will serve 18 years in federal prison for distributing heroin that resulted in the death of an East Moline man.

The occupants of this Pontiac G-6 were taken to Genesis Medical Center after a rollover crash Friday night at Welcome Way and Harrison Street in Davenport.