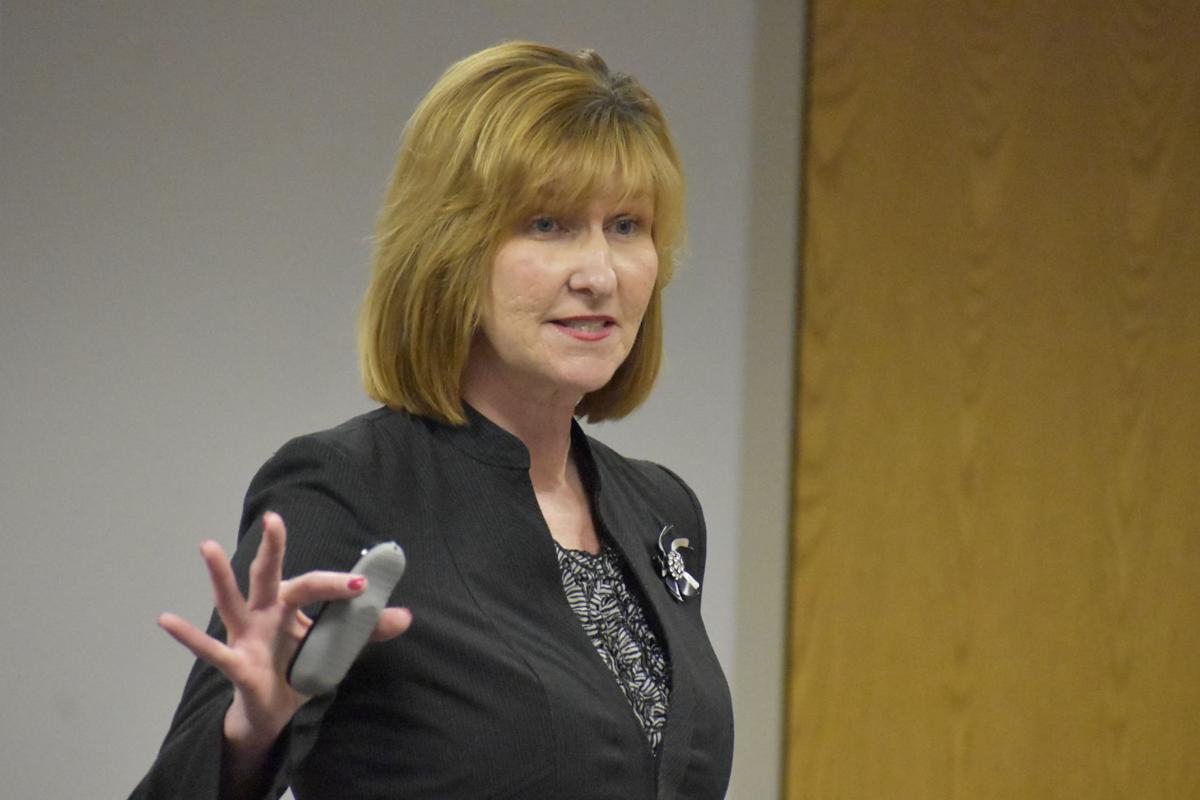 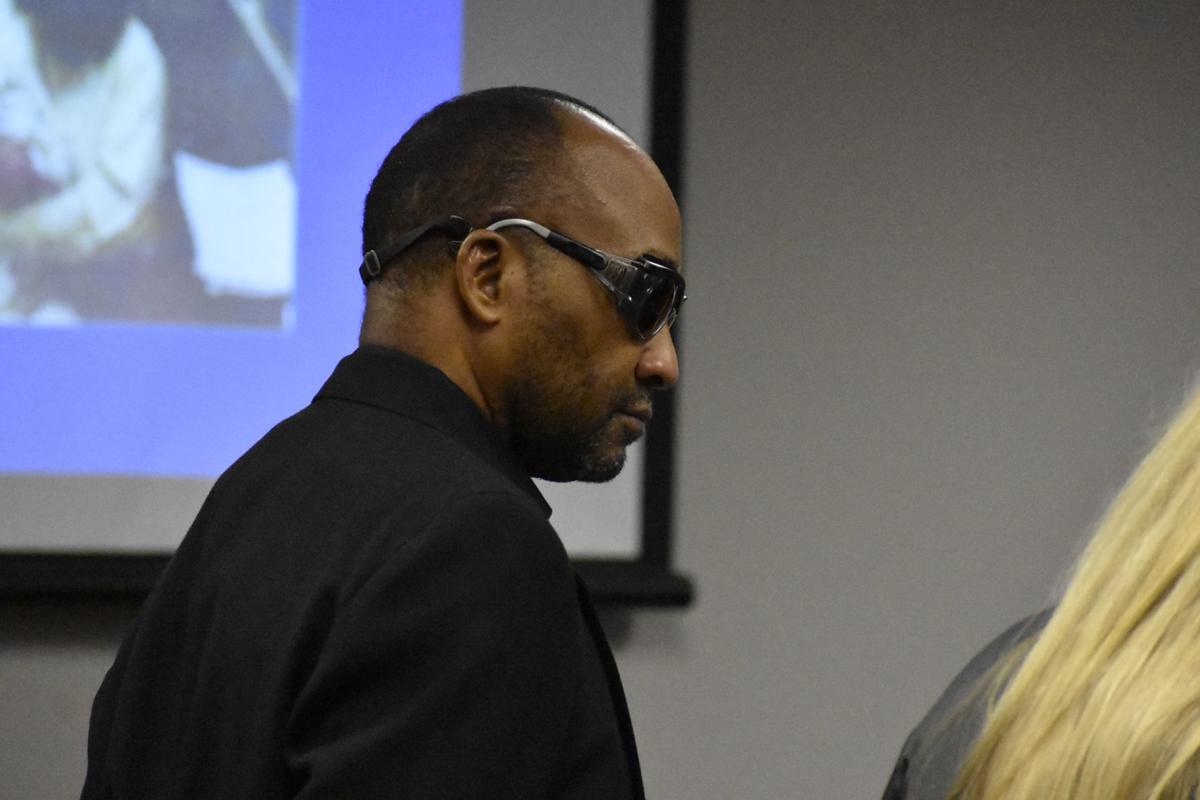 Stanley Liggins rises during his trial in Waterloo on Monday. 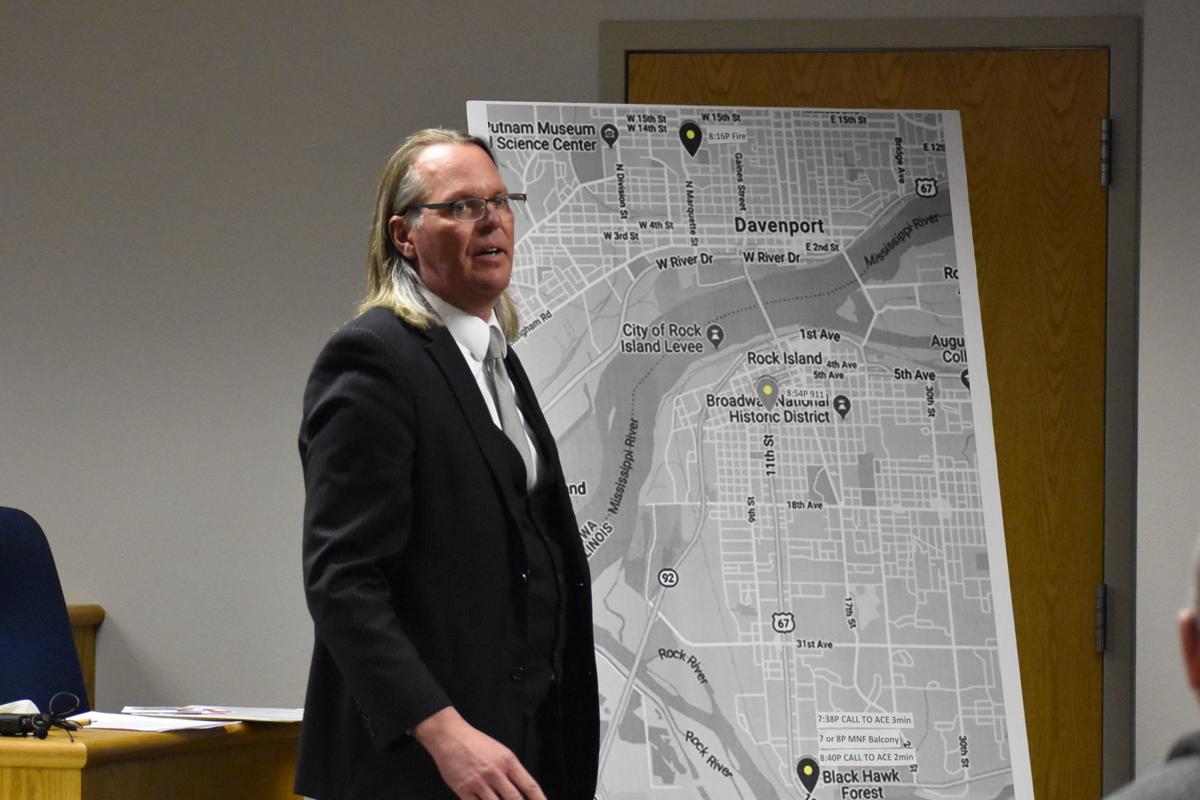 A Black Hawk County jury on Tuesday morning will continue to deliberate the fate of Stanley Liggins, who is being tried a fourth time in the September 1990 death of a 9-year-old Rock Island girl.

The jury of seven women and five men began their deliberations just before 1 p.m. Monday following about three hours of closing arguments. They were dismissed for the day at 4:30 p.m. when they did not arrive at a verdict.

Liggins, 57, is charged with one count of first-degree murder in the death of Jennifer Lewis on Sept. 17, 1990. He has twice been convicted of the murder, but the convictions were overturned each time. His most recent trial ended in a mistrial in September after jurors in Waterloo could not come to a unanimous verdict.

Prosecutors say the girl's burning body was discovered around 9 p.m. in a field near Jefferson Elementary School in Davenport. She had been sexually abused and strangled to death before being doused with gasoline and set on fire.

According to trial testimony, Lewis; her mother, Sheri McCormick; her then-stepfather Joseph “Ace” Glenn; and her baby brother returned to their Rock Island home around 5:30 p.m. that day after running errands and going out to eat.

Several people, including Liggins, stopped by the house. Lewis had taken off on her bicycle to play with a friend, and Liggins left around the same time,

Three witnesses reported they saw Lewis talking to someone in a Peugeot about a block away from the Glenn home. One of those witnesses identified Liggins as the driver of that car, according to trial testimony.

That interaction itself was not “weird,” Assistant Scott County Attorney Julie Walton said in her closing argument. What was weird is that they had been at the Glenn house together prior to that.

“If the defendant had a straight-forward plan with Jennifer Lewis, he would have had the conversation with her where she was safe and being watched,” Walton said. “But no, Jennifer leaves and then Stanley Liggins leaves. (He) follows her, goes around the neighborhood, finds her, beckons her to his car and has a conversation — a conversation he didn’t want to take place in front of her family at her home where she was safe. What was being concocted?”

Lewis then returned to the Glenn home and told her mother that Liggins had given her a dollar to buy him some gum at a nearby liquor store. He told Lewis she could keep the change, according to trial testimony.

After Lewis left for the store, Liggins also slipped away.

Walton said that other witnesses reported seeing a vehicle similar to Liggins’ in the area where Lewis’ body was discovered. One witness reported seeing a gas can in the back seat of the Peugeot and said the car smelled like gasoline the day after Lewis was killed.

Lewis was set on fire to hide the truth of the “horrific events” that happened to her, Walton said.

“That murder did not succeed in hiding the truth, and now you know it we all know it — Stanley Liggins is guilty,” Walton said. “The evidence leads you to that conclusion.”

Defense attorney Aaron Hawbaker said in his closing argument that there were more questions than answers that arose during Liggins' three-week trial, and the prosecutors' theory of what happened the day Lewis was killed did not make sense.

Why, for example, would Liggins have taken Lewis’ body to a remote area in Davenport when there is a river and forest near the Hillside Inn in Rock Island where he was renting a room, Hawbaker asked.

It also wouldn’t make sense that Liggins called Lewis’ parents and stopped over the house after she disappeared, Hawbaker said.

He argued there was no forensic evidence to tie Liggins to Lewis’ death, nor was there evidence that he tried to clean up the inside of his vehicle. He noted there was no smell of bleach detected in the car and that there were a number of hairs in the back seat.

Prosecutors have said the area underneath backseat of the Peugeot was damp.

Hawbaker argued that it was “inexcusable” that police did not follow up on statements made by Lewis’ mother and stepfather that a man named “Paul” was harassing the family and had chased Jennifer home from the bus stop one day.

“If that glaring identification of a potential suspect in this case was ignored, what else may have been ignored?” Hawbaker asked. “What else?”

In his rebuttal, Scott County Attorney Mike Walton argued that Lewis' murder was not a random act of violence. It was well thought-out, planned and “ruthlessly executed.”

There was no forensic evidence because Lewis' body, and specifically her genital area, had been set on fire, he said. Her body had been placed inside an industrial-size garbage bag, pieces of which were stuck to Lewis’ body.

Similar bags were found at the Hillside Inn, Walton said.

Walton also pointed to that Liggins initially lied to police and said he hadn't seen Lewis outside the home that evening.

“Who raped, murdered, this beautiful, happy 9-year-old girl? The answer to all of those questions are one and the same man: Stanley Liggins,” he said.

Liggins' trial began March 12 in Black Hawk County, where the trial was moved due to pretrial publicity.

Davenport Police responded to a report of a shooting Wednesday afternoon on 13th and Farnum streets.

A Davenport man, who is a registered sex offender, was arrested Tuesday on a charge of indecent exposure.

The Moline Police Department ask for the public's help finding a missing teenager, according to a Facebook post Tuesday.

A man accused of child abduction was found guilty in a bench trial Tuesday.

Scott County Sheriff's office released the name Tuesday of the officer involved in a Feb. 18 shooting.

Stanley Liggins rises during his trial in Waterloo on Monday.