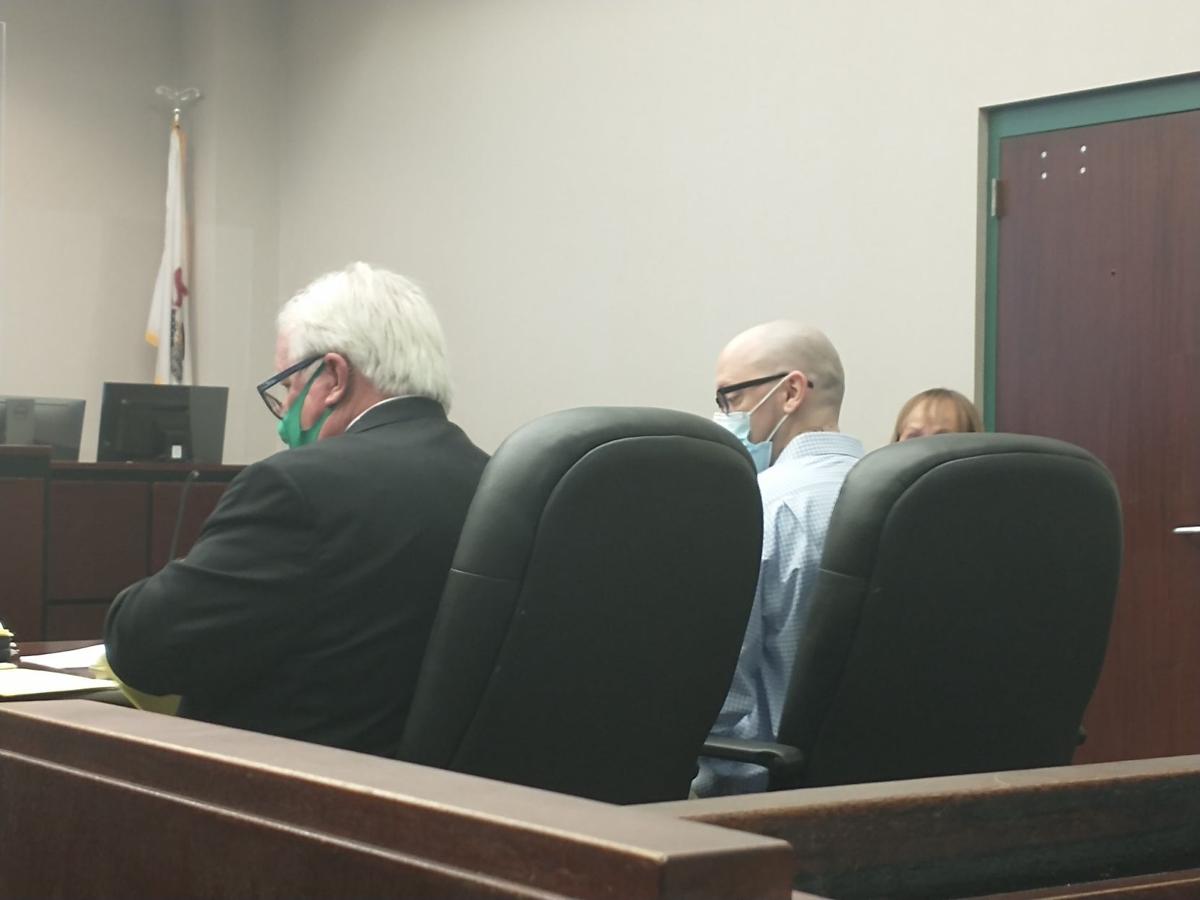 Jason McChurch, right, sits in trial next to his attorney, Herbert Schultz. 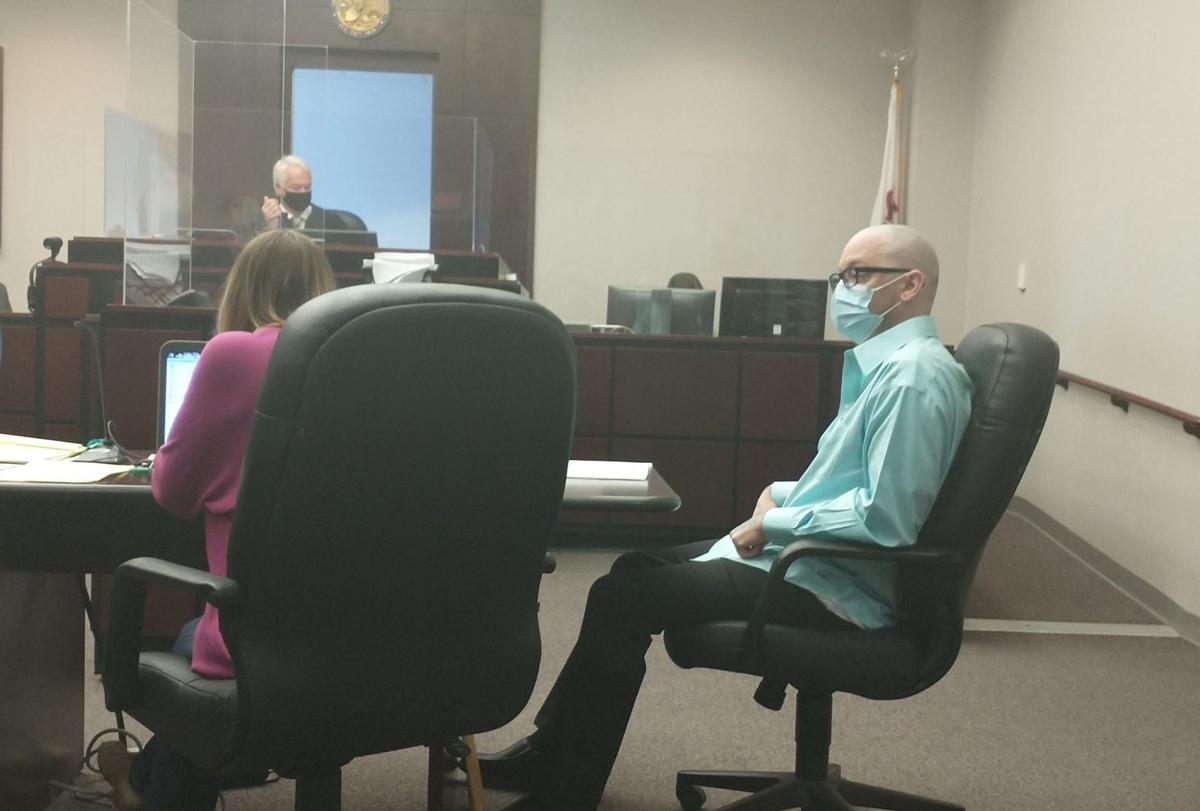 A jury trial started Tuesday morning for a Moline man charged with first-degree murder and arson related to a fire that killed an 88-year-old Moline woman in 2017.

Jason Michael McChurch, 38, is accused of lighting a fire Jan. 22, 2017, at a Moline house. Marion Dreier was caught in the fire, and after being taken to a local hospital and then transferred to Iowa City, she died on Jan. 31.

Special Prosecutor Jonathan Barnard, in his opening statement Tuesday, said McChurch lit the fire because of a feud he had with Dreier's grandson. The house, at 4001 13th St., Moline, belonged to Dreier's daughter Crystal Lawson, who Barnard said would testify in the trial.

Lawson's son, Charles (Ricky) Sedam, will also testify. Barnard said Sedam works as a construction worker and volunteers as a counselor for people trying to recover from drug addiction. Sedam was addicted to methamphetamine in 2017, according to Barnard, and he had a feud with McChurch after McChurch stole $600 from him by offering to sell him methamphetamine and then walking away with the money without providing the drugs.

Sedam and some friends reportedly found where McChurch lived and beat him up a few days before the fire. Barnard alleged McChurch believed Sedam lived with his mother and lit the house on fire in an effort to injure or kill Sedam.

Barnard also outlined who the state's other witnesses would be, including an arson investigator who investigated the case, the doctor who performed the autopsy on Dreier's body and several others. He said the jury would see video footage of McChurch entering a gas station near the location of the fire to purchase gasoline on the morning of the fire. Barnard said the arson investigator would explain that there was evidence the fire was lit on the outside of the house using gasoline.

Barnard's opening statement was followed by a statement from McChurch's defense attorney, Herbert Schultz. Schultz urged the jury to watch for the evidence that is missing in the case. A gas can was found in a neighbor's backyard, but it wasn't tested for DNA. McChurch is seen buying gas, but he isn't seen putting the gas in a gas can. Schultz said these were oversights that the jury should take into account when deliberating the verdict.

McChurch has a previous criminal record, including a previous arson charge in 2012. He was charged in March 2012 with aggravated arson but pleaded guilty in May 2012 to attempted arson as part of a plea deal. He was sentenced to 24 months of probation for that charge.

A jury trial will start Tuesday for a Moline man charged in relation to a fire that killed an 88-year-old Moline woman in 2017.

Arrest made in fatal Moline fire

A Davenport man was sentenced Wednesday to five years and ten months in federal prison for a charge of felon in possession of a firearm.

An East Moline man was sentenced in Iowa Wednesday to 15 years in federal prison for conspiracy to distribute 50 grams or more of methamphetamine.

A Davenport man has been sentenced to five years and 11 months in federal prison for gun charges.

A man from Lansing, Ill. was arrested Tuesday in East Moline for allegedly sexually abusing two children on Oct. 9.

A Davenport man accused of first-degree murder after a fatal shooting in September has pleaded not guilty in a written arraignment.

A Savanna, Illinois woman pleaded not guilty in Clinton County court Tuesday to charges that she lit her ex-boyfriend's truck on fire.

Jason McChurch, right, sits in trial next to his attorney, Herbert Schultz. 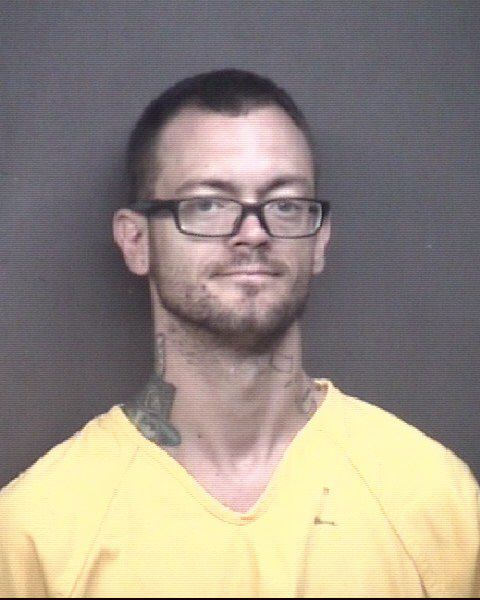