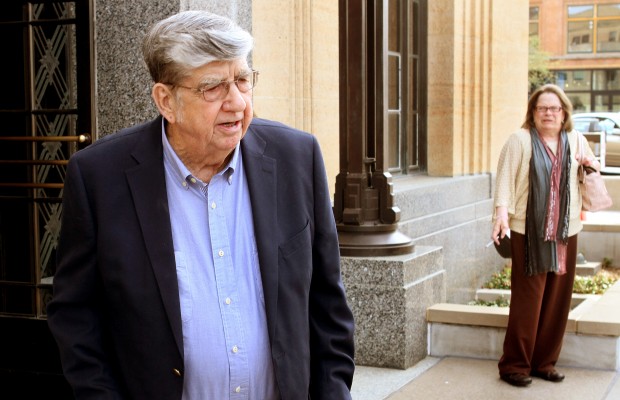 Henry's Turkey Service president Kenneth Henry leaves the federal courthouse in Davenport after testifying Monday. Sherri Brown of Fayetteville, Ark., right, is the sister of James Keith Brown, one of the men who lived in the house. 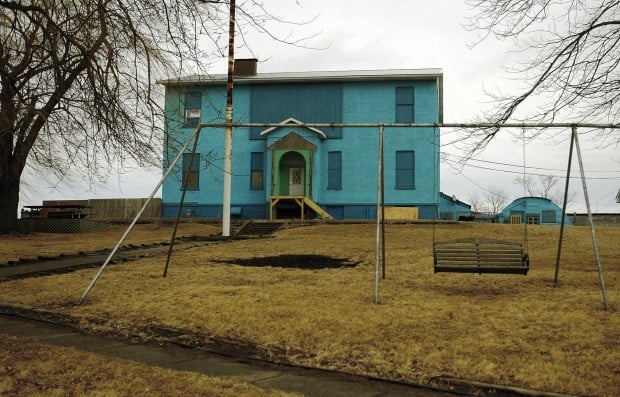 The former school and Quonset hut that housed 21 mentally disabled men while they worked at West Liberty Foods until the state of Iowa closed down the facility in 2009 near Atalissa, Iowa. 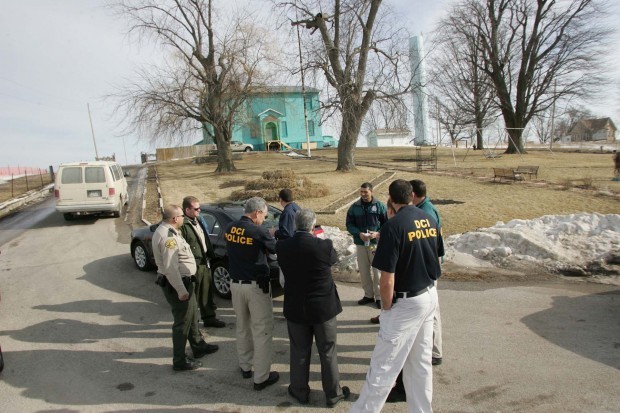 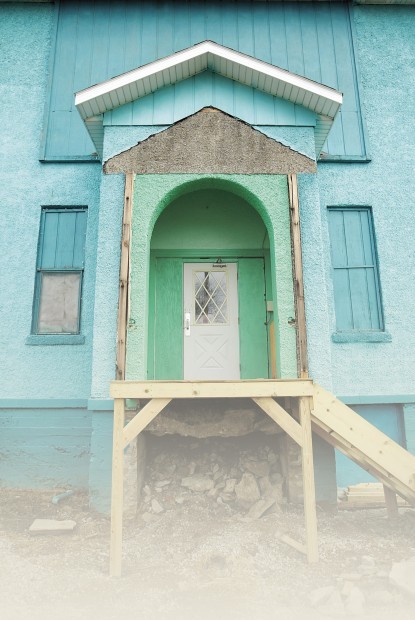 The exterior of a bunkhouse in Atalissa, IA., with boarded up windows that housed 21 mentally retarded men who worked at West Liberty Foods. This is the front door, but it is not used.

Robert Canino sobbed in a Davenport federal courtroom Wednesday when the judge announced the $240 million verdict.

The federal Equal Employment Opportunity Commission attorney advocated four years for 32 mentally disabled men and convinced a jury after five days of emotionally brutal testimony that their chances at normalcy and happiness were stolen by Henry's Turkey Service.

The jury returned what Canino believed to be the largest verdict in EEOC's history, finding that Henry's violated the Americans with Disabilities Act in paying the disabled workers 41 cents an hour, forcing them to live in a rodent-infested bunkhouse in Atalissa, and subjecting them to daily physical abuse and neglect.

“For the first time since 2009, the public, as represented by the jury, not only got to hear the whole story about these men, but fully understood the depth of the human experience they suffered,” he said.

The jury awarded each of the 32 workers $7.5 million for emotional and punitive damages. Jurors declined to comment outside the courthouse.

Kenneth Henry, the 72-year-old company's owner, left the courthouse with the assistance of a walker, saying he’ll appeal.

His company, based in Goldthwaite, Texas, hired the men, all at various stages of intellectual disability, and brought them to Iowa in the 1970s to work at a turkey processing plant in West Liberty. Henry testified that 1,500 mentally disabled men worked for him in more than 45 years.

He testified that he wasn’t aware of the deteriorating conditions at the Atalissa bunkhouse or physical abuse against the men.

On a tip, Iowa authorities raided the bunkhouse in February 2009 and the state fire marshal ordered that it be shut down. Henry’s had already sent a dozen disabled workers to live in nursing homes in Texas.

The remaining 21 workers at the bunkhouse were relocated to Exceptional Persons Inc. of Waterloo.

Katie Slade, that organization's communications and development director, said Wednesday that 13 of the men still live there in a variety of community-based homes with employment opportunities directed by the individual men.

“Each enjoys the daily choices afforded to them and are doing well,” Slade said.

Sherri Brown, the sister of one of the bunkhouse workers, James Keith Brown, trembled minutes before the verdict was announced, saying, “I can’t believe it’s been four years.”

She made the call to the Iowa Department of Human Services that resulted in the bunkhouse raid and subsequent legal battle against Henry's.

She cried in court when the verdict was read aloud.

“To me, it’s a statement that the mentally challenged are human beings, that they do count,” she said.

Her brother now lives in his own apartment in Fayetteville, Ark., where he is employed at $8 an hour and does his own laundry.

He had lived at the bunkhouse for more than 30 years and only shared with her his experiences after he returned home.

She wishes Henry's and its supervisors who are accused of physically abusing workers will face criminal charges one day, she said Wednesday.

"They've proven every point overwhelmingly with the evidence," Brown said.

"Our prosecutors felt that they could not meet the high burden of proof required in criminal court," Greenwood said.

Greenwood said that in a civil trial the federal government must meet a “preponderance of the evidence” standard, which is essentially a 50.1 percent threshold.

Canino said his agency's next step is to investigate Henry's assets in its effort to collect the money for the disabled men.

"The EEOC will bear down with all our energies to fully explore all the sources of assets of this company," he said. "We're not playing."

Henry’s, which also does business as Hill Country Farms, hasn’t paid $1.6 million in previous federal and state fines related to the men, according to records.

Michael McAleer, president of the Handicapped Development Center in Davenport, said Wednesday’s verdict sends a message to companies that exploit disabled people they’re not going to get away with it, calling what Henry’s did to its Atalissa workers “slavery.”

“It should have never happened,” McAleer said. ”It only happens when people look the other way or choose to ignore it.”

The Handicapped Development Center provides employment and housing services for people with developmental disabilities. McAleer said he works only with companies that provide reliable jobs at a competitive labor rate and offer on-the-job training.

U.S. Sen. Tom Harkin, author of the Americans with Disabilities Act passed in 1990, weighed in on Wednesday’s verdict.

“Nothing will ever fully make up for that wrongdoing, but I consider today’s ruling an important step in what has been a long road to justice for these workers,” Harkin, D-Iowa, said.

The Atalissa workers case is changing federal wage laws, one national expert said, calling the case “landmark” in shedding light on the treatment of the mentally disabled.

Sue A. Gant, an expert in the care and treatment of people with intellectual and developmental disabilities, called Wednesday’s verdict “extraordinary” and said changes are already happening at the federal level in light of the case.

The U.S. Department of Justice, Civil Rights Division and the Center for Public Representation have launched investigations into ADA complaints regarding how mentally disabled workers are paid, Gant said.

For instance, prior to this case, companies could hire mentally disabled workers for less than minimum wage if they could prove the worker was in some sort of “training program.” The U.S. Department of Labor is revisiting the waiver due to the Atalissa case, she said.

James Keith Brown used to make 41 cents an hour yanking the guts out of turkeys. It paid the room and board in a rat-infested rural Iowa bunkh…

Henry's Turkey Service president Kenneth Henry leaves the federal courthouse in Davenport after testifying Monday. Sherri Brown of Fayetteville, Ark., right, is the sister of James Keith Brown, one of the men who lived in the house.

The former school and Quonset hut that housed 21 mentally disabled men while they worked at West Liberty Foods until the state of Iowa closed down the facility in 2009 near Atalissa, Iowa.

The exterior of a bunkhouse in Atalissa, IA., with boarded up windows that housed 21 mentally retarded men who worked at West Liberty Foods. This is the front door, but it is not used.