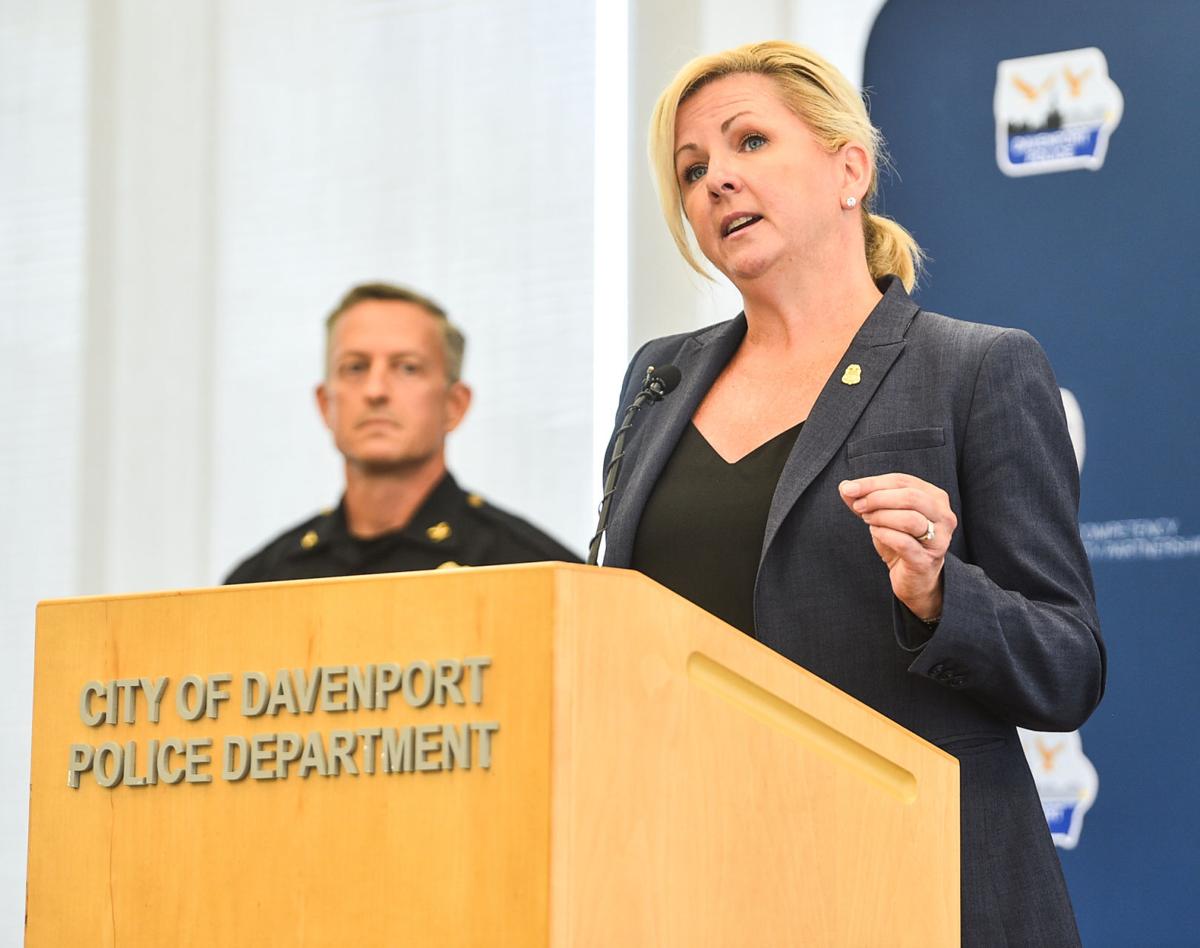 Kristi Johnson, special agent in charge of the FBI's Omaha Field Office in Nebraska, speaks during a news conference related to missing 10-year-old Breasia Terrell on Wednesday at the Davenport Police Station. 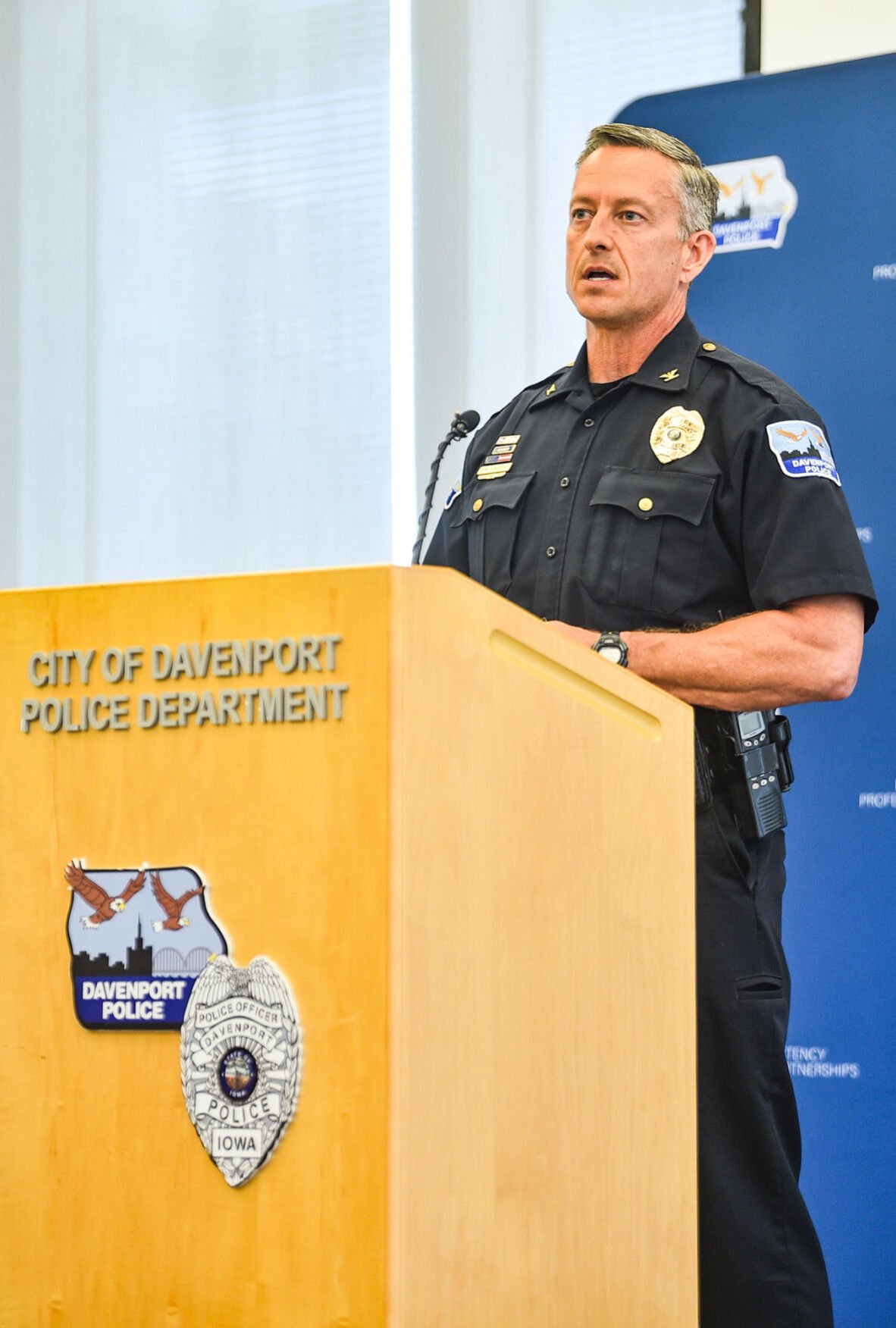 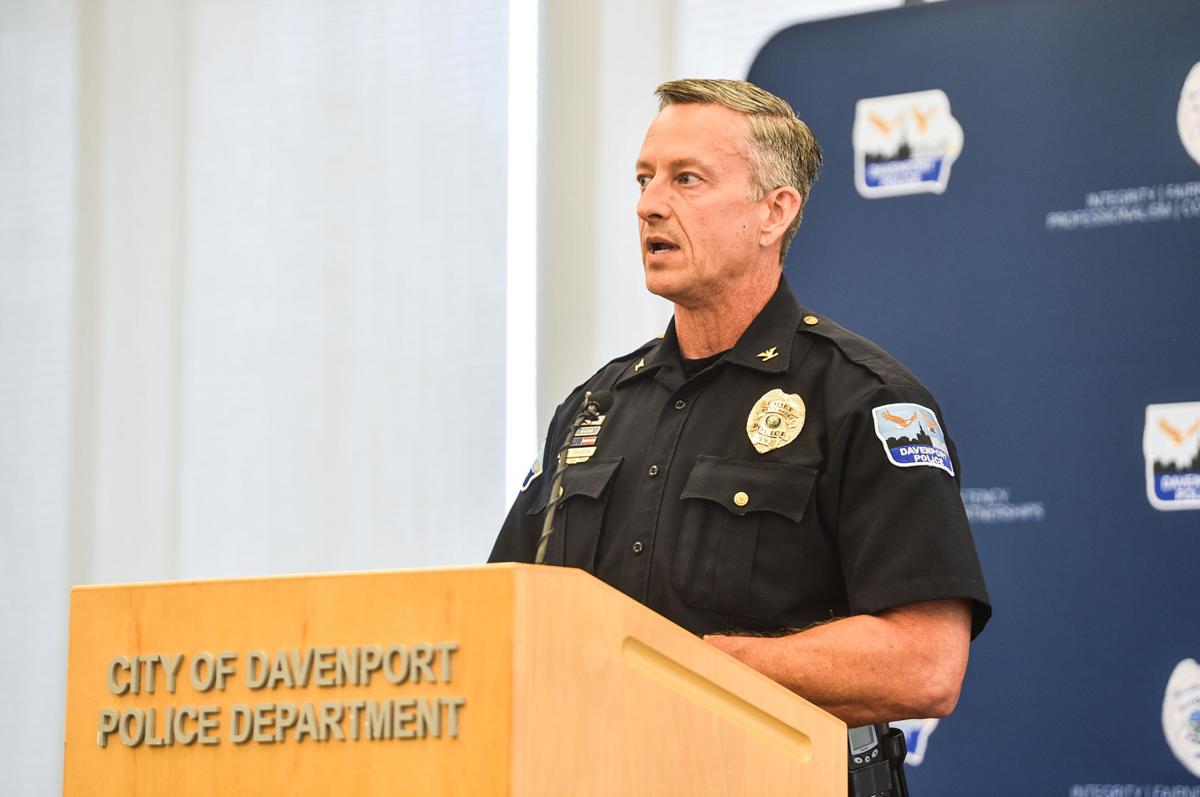 The reward for a break in the investigation of the disappearance of 10-year-old Breasia Terrell is now $10,000.

She was last seen in the 2700 block of 53rd Street, according to family and the police. Dinkins is considered a person of interest in the case and is being held on a sex offender registration violation but has not been charged in connection with her disappearance.

"Today the FBI is contributing an additional $6,500 reward to the existing $3,500 reward, making it $10,000 for any information that would assist law enforcement in locating Breasia or information leading to the arrest of anyone who may have taken part in her disappearance," Special Agent in Charge Kristi Johnson said Wednesday during a news conference at the Davenport Police Department.

Police Chief Paul Sikorski said there had been no arrests as of Wednesday afternoon.

“This investigation is still full force ahead,” Sikorski said.

The FBI has been helping since July 10, and agents have been brought in from around the United States, Johnson said. They include specialists in child abduction, telephone analysis, and evidence collection and analysis.

Their help has included participating in interviews and searches, she said.

The agents may not have been as visible as the uniformed local officers during the investigation because of the nature of their work, Johnson said.

“But we certainly have been here,” she said.

Dinkins has been in custody since July 10 and was still being held Wednesday in the Scott County Jail on a $25,000 cash-only bond for the sex-offender registry violation, a class D felony, according to the jail website.

Law enforcement and volunteers have also searched for Breasia in various areas of Scott and Clinton counties.

Police ask that anyone with information about the case, including the whereabouts of Henry Dinkins or vehicles he is associated with between the hours of 10 p.m. July 9 and noon July 10, to contact the police department.

“We’re checking out a lot of different tips,” Sikorski said.

He thanked the public for the help and tips it had provided so far and said the authorities want more information.

During the Davenport City Council meeting Wednesday, several people during the public comment portion of called the council to task for what they said was a continuing environment of racism in the city.

Officials to continue search for Breasia on Saturday

Kristi Johnson, special agent in charge of the FBI's Omaha Field Office in Nebraska, speaks during a news conference related to missing 10-year-old Breasia Terrell on Wednesday at the Davenport Police Station. 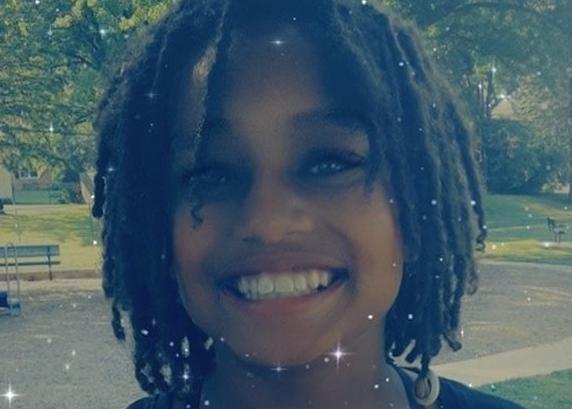