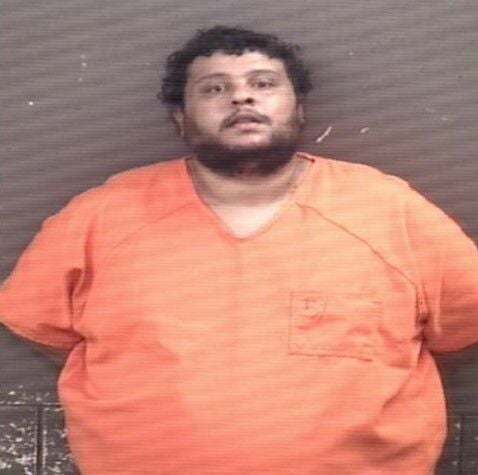 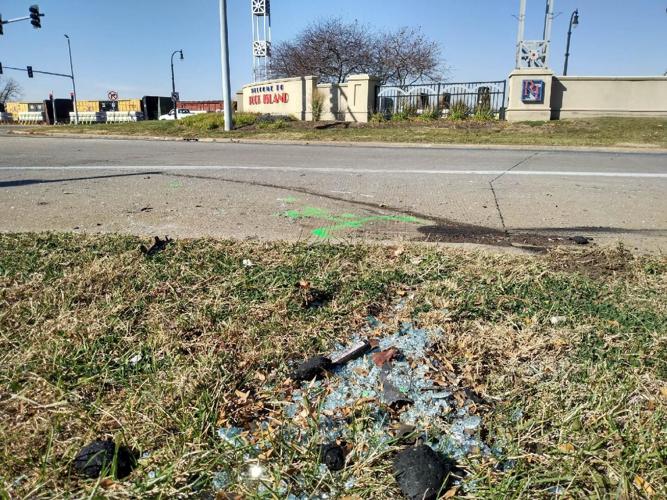 A driver was killed Tuesday, Nov. 1, in Rock Island, following a collision with a stolen vehicle, police said. The other driver fled on foot.

Rock Island Police have released the identity of a suspect in the fatal Nov. 1 hit-and-run crash near the Talbot Memorial Bridge that involved a stolen vehicle.

Abbott Lee Perry, 52, Davenport, was killed after a stolen Hyundai Azera and a Chevrolet Aveo collided at about 4 p.m. at the intersection of Illinois Route 92 and an off-ramp of the bridge in downtown Rock Island. The driver of the stolen Hyundai fled on foot. At least one injured passenger remained in the vehicle.

Rock Island police detectives obtained an arrest warrant for Marcus C. Holmes, 33, Rock Island, in which he is charged with reckless homicide, two counts of failure to report an accident involving injury and unlawful possession of a stolen motor vehicle, according to a Rock Island Police Department news release issued Monday.

Someone reported the Hyundai stolen on Oct. 30, police said.

Both the Aveo and Azera were heavily damaged during the collision, police said.

Perry, driving the Aveo, was extricated from the vehicle and taken to UnityPoint Health-Trinity Rock Island, where he was pronounced dead.

Preliminary results of an autopsy indicated he died from blunt-force trauma to the head, chest and abdomen, county Coroner Brian Gustafson said previously.

The passenger in the Hyundai also was taken to Trinity with serious injuries that were not life threatening.

Upon arrest, Holmes will be held on a $1 million bail, the department news release states. To be released, he would have to post a $100,000 bond.

The department asks that anyone with information about Holmes contact Rock Island police investigators at 309-732-2677. A person with information can also contact the Quad-Cities chapter of Crime Stoppers at 309-762-9500 or via the P3 Tips app.

Photos: Rock Island through the years

A Davenport man with felony convictions in Scott County for theft, burglary, drug possession and possessing a firearm as a felon has been sent…

A 40-year-old Thomson, Illinois, man has been sentenced to 29 years in the Illinois Department of Corrections after being convicted of sexuall…

‘Targeting women of color,’ AOC defends Omar as Republicans oust her from committee

‘Targeting women of color,’ AOC defends Omar as Republicans oust her from committee

U.S. to increase military role in the Philippines amid China tensions

U.S. to increase military role in the Philippines amid China tensions

A driver was killed Tuesday, Nov. 1, in Rock Island, following a collision with a stolen vehicle, police said. The other driver fled on foot.