Crews respond to the scene of truck rollover Tuesday on the entrance ramp to I-280 west from I-74 east in Moline. 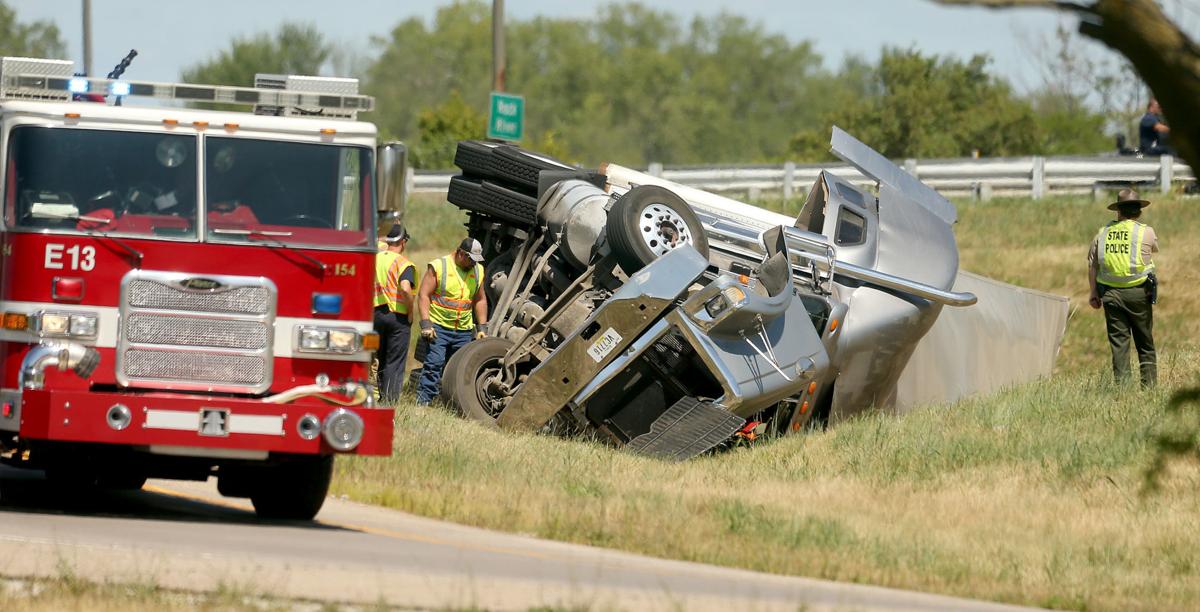 A semitrailer crash has the eastbound Interstate 74 ramp to Interstate 280 west in Moline partially closed as authorities clean up.

The crash happened about 1:50 p.m. as the semitrailer attempted to use the ramp, but crossed the shoulder and struck the median wall at the ramp's top, according to the Illinois State Police. The vehicle then came to rest in the median.

As of 4:15 p.m., the crash was causing periodic closures on the ramp as emergency crews worked to clean up the site, the state police said.

No one was reported injured, the state police said. The semitrailer's driver, Dupree L. Brim, 51, Bettendorf, was cited with failure to reduce speed to avoid a crash.

Pedestrian killed Wednesday on Interstate 74 identified as Christopher C. Andrus, 36, of Rock Island. He had worked for Bettendorf School District

Pedestrian killed Wednesday on Interstate 74 identified as Christopher C. Andrus, 36, of Rock Island. He had worked for Bettendorf School District

An eastbound semitrailer rolled over Wednesday on Interstate 280, causing a chain-reaction crash with two other vehicles that sent two people …

One killed in weekend crash in Rapids City

RAPIDS CITY — One person was killed after being ejected from a motorcycle during a crash on Interstate 80 near Rapids City, Illinois State Pol…

The Illinois State Police released the identify of a driver accused of traveling the wrong way Saturday on Interstate 74, leading to a crash w…

On Tuesday, March 26, Illinois State Police held a news conference about the alarmingly high rate that squad cars are hit on highways and inte…

One person flown to Quad-Cities hospital after highway crash

Crews respond to the scene of truck rollover Tuesday on the entrance ramp to I-280 west from I-74 east in Moline.