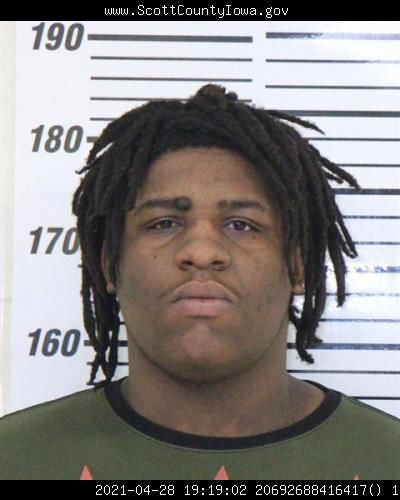 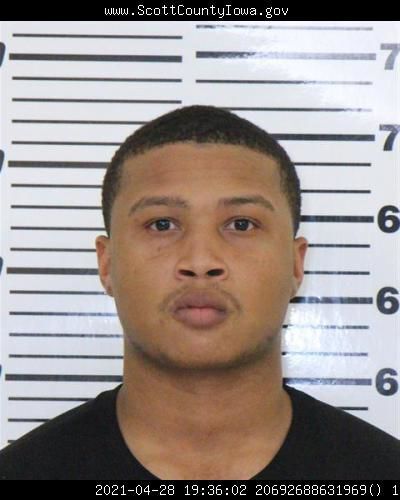 The Davenport police department arrested two men Wednesday who are allegedly members of the Mad Max Gang, according to court documents.

"The ... co-defendants are in an active, ongoing feud with members of the Savage Life hybrid gang. The possession of the guns are for the benefit and in association of the MMG (Mad Max Gang) street gang," court documents state.

There was reportedly one other passenger in the car who is also a co-defendant in the case, but police have not announced that person's identity.

Rush has been charged with carrying a dangerous weapon, a misdemeanor, and criminal gang participation, a felony. He is currently being held in the Scott County Jail on a $50,000 cash-only bond.

Johnson allegedly ran from the traffic stop and refused an officer's commands to stop. He has also been charged with carrying a dangerous weapon and criminal gang participation, as well as interfering with official acts, a misdemeanor, and first-degree theft, a felony.

Four people have been arrested in relation to a shooting April 13 in East Moline, according to a Wednesday news release from the East Moline P…

A Davenport man has been arrested for first-degree murder of his girlfriend, who reportedly died from strangulation and blunt force head injuries.

A Moline couple was arrested Thursday after allegedly having a child film them performing sexual acts.

Davenport will be seeing multiple road closures due to construction starting Sunday.

Davenport man arrested for shooting at 12th and Brown street

Davenport police have arrested a man in relation to a shooting Thursday on the 1200 block on Brown Street.