Bettendorf Police on Friday caught two probationers out of Rock Island County as they were allegedly stealing copper wiring from the Alter Metal Recycling building at 115 23rd St.

Erik Allen Lambert, 37, of East Moline, and Marvin Keith Buchanan, 42, of Rock Island, are charged with two counts each of third-degree burglary, and one count each of second-degree theft. The charges are Class D felonies under Iowa law that carry a prison sentence of five years.

Both men also are charged with one count each of possession of burglary tools, an aggravated misdemeanor that carries a prison sentence of two years.

Buchanan also is charged with interference with official acts, a simple misdemeanor, as he tried to hide from police inside the building.

According to the arrest affidavits filed by Bettendorf Police Officer Ashley Guffey, at 5:35 p.m. on Dec. 30, Bettendorf Police received a report that two men were stealing copper wire from the Alter Metal Recycling building on 23rd Street.

Security video from a nearby business showed two men removing spools of wire from the building that is surrounded by a six-foot chain-link fence which has “no trespassing” signs at the front locked gate.

The video also showed the men being picked up by someone driving a tan 1999 Chevrolet Blazer with Illinois license plates. The plate number was entered into the Bettendorf Police Department’s Rekor License Plate Recognition system.

At 10:36 a.m. Friday, officers were alerted by the Rekor LPR system that the Blazer was crossing over the George Thuenen Bridge on the property of the Isle Casino and Hotel, 1777 Isle Parkway.

A nearby officer went to the Isle property and saw two men get out of the Blazer. Both men were wearing dark winter clothing. One of them was carrying a black bag. The Blazer then left the area.

The two men walked east on the bike path toward the Alter building, where they walked the fence line around the property to the northeast corner of the property.

Bettendorf police officers were called to the scene and surrounded the building. A perimeter was then maintained by some of the officers while others went into the building.

The officers who went into the building announced their presence and began searching for the two men.

Both men attempted to run out of a door on the northeast side of the building. Officers immediately apprehended one of the men who was identified as Lambert.

Tethered around Lambert’s waist was a battery-powered Milwaukee reciprocating saw. Both Lambert and the saw were very dirty.

While Lambert was caught, Buchanan fled back into the building. He was found hiding under a bench in an interior office-locker room.

About 450 pounds of copper wired valued at $1,600 had been cut and was lying on the ground ready to have the insulation cut off before being rolled up and carried out of the building. A black bag that contained extra saw blades and batteries was located near the cut copper wire.

While being interviewed Lambert admitted that it was he and Buchanan who committed the thefts on Dec. 30. Lambert told police that they were picked up from the building by their friend named Bill in his tan Blazer on Dec. 30, and they were dropped off by Bill on Friday.

Lambert said they took more copper wired in the Dec. 30 burglary than they had cut on Friday before being caught. According to the affidavit, this would indicated Lambert and Buchanan were in the process of stealing about 900 pounds of copper wire valued at $3,200.

Lambert and Buchanan were being held Saturday night in the Scott County Jail on a bond of $15,000, cash or surety, each.

A preliminary hearing in their cases is scheduled for Jan. 18 in Scott County District Court.

Both Buchanan and Lambert are on probation out of Rock Island County.

During a hearing on Feb. 7, 2020, in Rock Island County Circuit Court, Buchanan pleaded guilty to a charge of criminal damage to property-$500-$10,000. The charge is a Class 4 felony that carries a prison sentence of one to three years or a term on probation. He was sentenced to 24 months on probation with special conditions-second chance, and 30 hours of community service.

On Dec. 20, 2021, a petition to revoke or modify Buchanan’s probation and second chance conditions was filed. A hearing is scheduled for Feb. 3 in Rock Island County Circuit Court.

Lambert was sentenced to two years on special probation on May 28, 2019, after pleading guilty in Rock Island County Circuit Court to a charge of possession of less than 5 grams of methamphetamine. The charge is a Class 3 felony that carries a prison sentence of two to five years.

On Oct. 14, 2020, a warrant for Lambert’s arrest was issued in Rock Island County. The warrant was on charges of two counts of Class 3 felony theft, two counts of Class 3 felony criminal damage, and one count of Class 2 felony burglary which carries a prison sentence of three to seven years. A petition to revoke his probation in the meth case was filed Dec. 22, 2020, in Circuit Court.

Lambert was arrested on the new charges and the petition to revoke on Feb. 25, 2021. He also was charged with a new count of possession of less than 5 grams of meth.

A pre-trial hearing in those three cases was held Friday in Rock Island County Circuit Court. According to Circuit Court electronic records, Lambert, who has been out on bond since March 19, 2021, was not required to be at those hearings.

Why the Southern Hemisphere has more clouds

Here are some U.S. beach towns that are warm almost year-round

Here are some U.S. beach towns that are warm almost year-round

'The smell of death'. Peruvians race to rescue animals as oil spill spreads

'The smell of death'. Peruvians race to rescue animals as oil spill spreads

NATO: Ready for diplomacy, 'prepared for the worst'

NATO: Ready for diplomacy, 'prepared for the worst'

A Davenport man released from the Iowa Department of Corrections on Oct. 13 has been arrested in connection with a shooting incident that occu…

Rock Island Police have identified and arrested the third subject in an armed robbery that left one robber dead and one injured on Jan. 18.

A former Rock Island correctional officer charged with beating an inmate pleaded guilty Thursday to lesser charges and was sentenced to one year of court supervision. 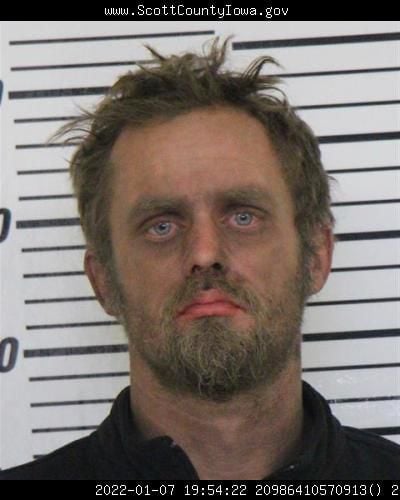 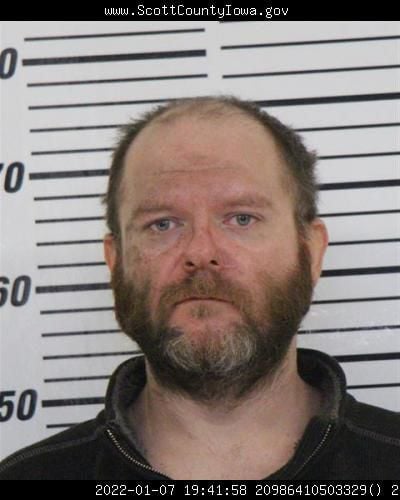