Authorities say a Davenport man on methamphetamine "frantically" stole and crashed an SUV into the Mississippi River while a disabled, elderly man was inside the vehicle, killing him.

Peters was being held Friday in the Muscatine County Jail on a $500,000 cash-only bond.

According to a criminal complaint and arrest affidavit, deputies were called at just after midnight on Friday to the Fairport State Recreation Area at 3284 Highway 22 in Muscatine for a report of a missing person and a stolen vehicle.

Deputies had previously been dispatched to the campground about an hour prior at around 11 p.m. Thursday on a report of a disturbance but did not locate any subject or vehicle involved in the incident.

Muscatine County Sheriff's deputies met with the wife and daughter of William A. Talbot, 71, of Davenport. The pair told deputies their blue 2016 Chevrolet Equinox had been stolen from the campground while they were setting up their tent and that Talbot was inside the vehicle.

According to the complaint, the wife and daughter told deputies they did not know who had stolen the vehicle.

"This was later found to be untrue," the complaint states.

A follow-up news release issued Saturday by the Muscatine County Sheriff's Office states Peters and Talbot knew each other through a family member of Talbot's.

During their investigation, deputies determined Peters, Talbot, Talbot's wife and Talbot's daughter arrived at the campground at about 8 p.m. Thursday and that Peters ingested meth roughly an hour later at about 9 p.m. At 11 p.m. an alleged altercation occurred between Peters and several unidentified individuals, court records state.

The complaint alleges Peters stole the vehicle and fled the scene without permission from either registered owner of the vehicle.

Peters turned west onto Highway 22 as he fled the campground and was driving erratically — braking, swerving and accelerating in an aggressive manner as he drove — witnesses told authorities. At some point, Peters made a U-turn on Highway 22. While traveling eastbound on the highway Peters lost control, left the roadway and entered a south ditch, authorities allege. He then struck a road sign and drove about 255 feet before reaching Tombstone Trail in Montpelier at Clark's Ferry Recreation Area, according to the criminal complaint.

Peters then turned south and drove the vehicle into the Mississippi River. He was able to escape as the vehicle began to submerge, leaving Talbot inside, authorities allege.

The vehicle sank to the bottom of the river and was located and recovered late Friday morning by Muscatine County Search and Rescue with Talbot's body inside. The Iowa State Patrol, Midtown Towing and Muscatine County Medical Examiner's Office also assisted.

While speaking with Talbot's wife and daughter, deputies were called to a report of homeowners holding at gunpoint a man "completely soaked in water and acting very strange" who had shown up at their home in Montpelier, courts records state.

The homeowners told authorities the man, later identified as Peters, stated he believed he was in a car crash and was trying to get a ride to Davenport.

"Peters exhibited signs of impairment to include the inability to sit still and provide consistent statements about the incident," Muscatine County Sheriff's Deputy Jacob Walker wrote in the signed criminal complaint and arrest affidavit.

Walker wrote that Peters admitted to using methamphetamine in a post-Miranda interview. Peters also failed a field sobriety test and a sample of his blood was taken "to determine the drug content."

Peters made an initial appearance Friday morning in Muscatine County District Court and was granted a court-appointed attorney from the Public Defender's Office.

He is next scheduled to appear in court on May 2 at the Muscatine County Courthouse for a preliminary hearing.

From our archives: Quad-City Coal Mining

Man wanted for murder among those arrested in multi-county chase

Biden's Mission In Europe: Shore Up Alliance Against Russia 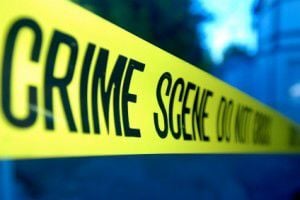 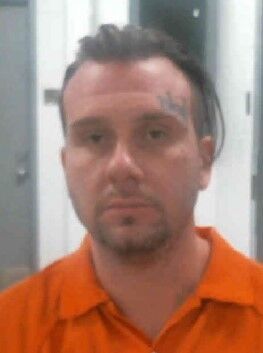