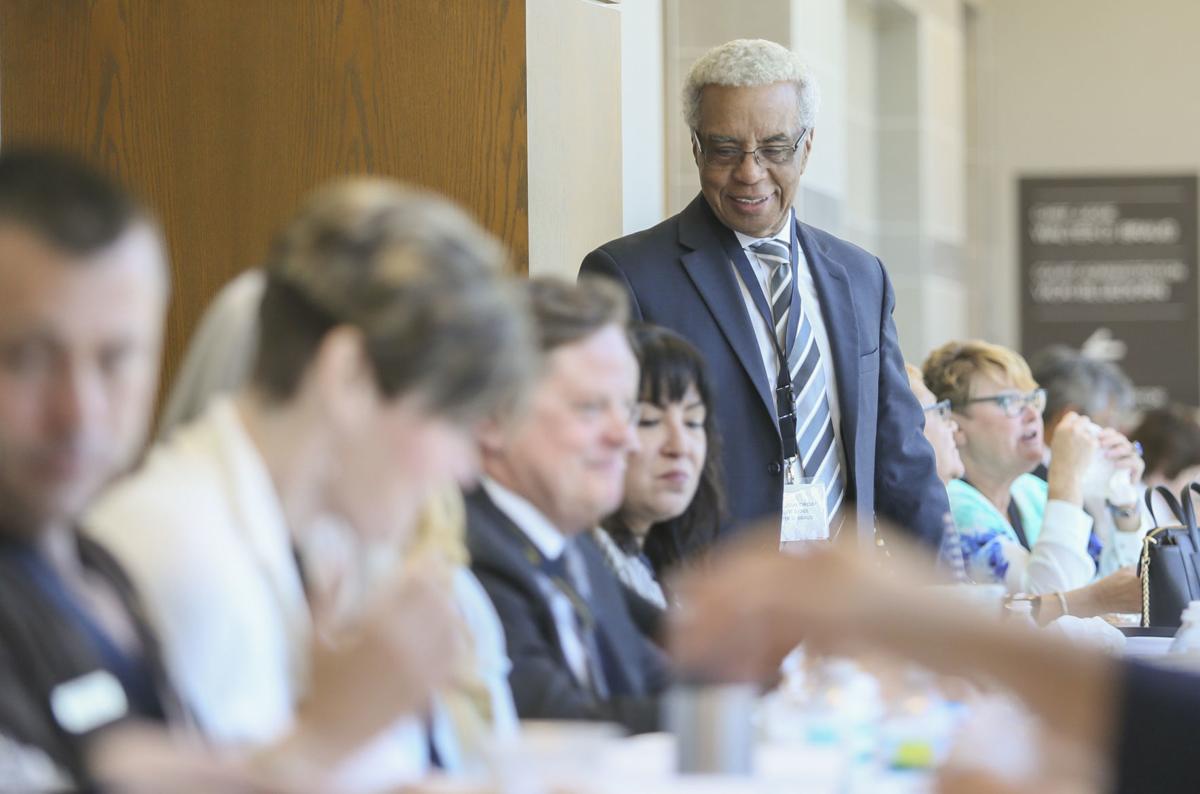 Walter Braud, the chief judge of Illinois' 14th Judicial Circuit, speaks at a meeting of circuit officials Friday, Oct. 4, 2019, at the Rock Island County Justice Center. He announced he plans to retire in 2020. 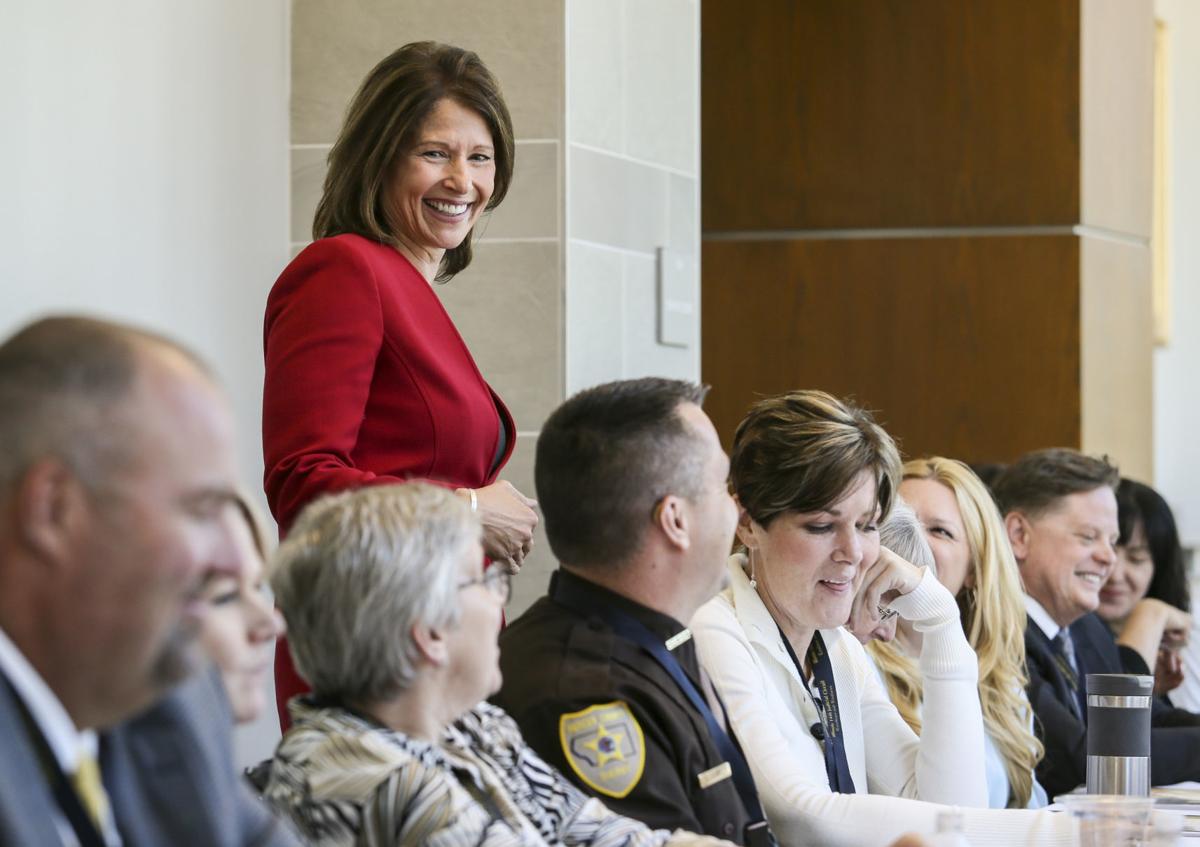 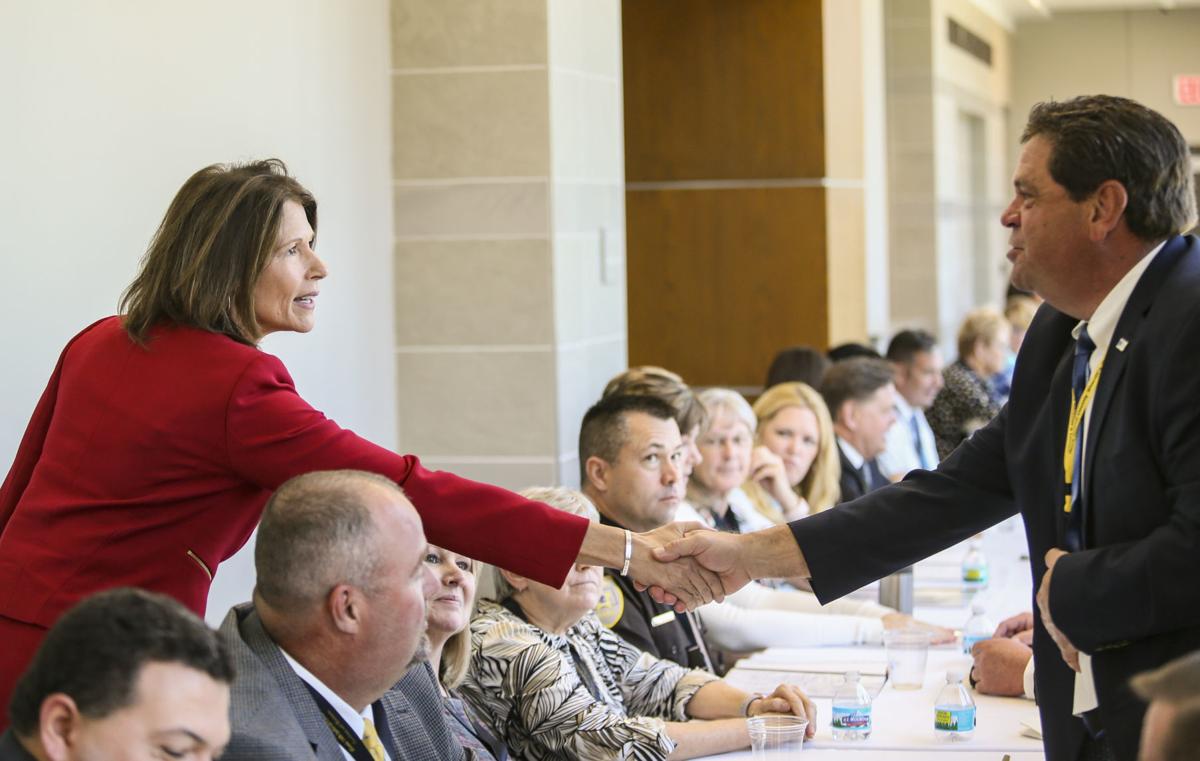 Braud said by telephone Monday morning that he made the decision after his son fell Saturday and fractured his ankle. His son will have to have surgery and will need care afterward. The surgery has to be performed in Minnesota, where his son lives, for several reasons, including insurance requirements.

Braud said he will have to be in Minnesota to help his son, who is single. The judge could not say for sure how long he will be away.

Braud will still be a judge, but he expects to retire completely by no later than the end of the year, he said. He had announced Friday that he would retire in 2020, and that is when his retirement would take effect.

A chief judge is elected by the circuit’s elected judges (called circuit judges) from among their number and holds the circuit’s administrative authority, according to the Illinois courts website.

The selection is made by secret ballot, and the winner must secure a majority of the votes, according to the 14th Circuit’s rules of practice.

The 14th’s circuit judges are expected to meet Friday to decide who among them will replace Braud, VandeWiele said. The replacement will serve until December 2020, when the term expires.

There are 12 circuit judges within the 14th Circuit, according to the Illinois courts website. They include Braud, Fuhr and VandeWiele. The others are Clarence M. Darrow, James G. Conway Jr., John L. McGehee, Kathleen Ellen Mesich, Jeffrey W. O'Connor, Terence M. Patton, Patricia A. Senneff, Stanley B. Steines and Linnea E. Thompson.

A chief judge’s duties include assigning cases to the other judges , according to the Illinois courts website.

The state constitution also spells out other duties, including ensuring there are appropriate times and places for court to be held.

Circuit judges are elected for six-year terms and may hear any cases assigned them by the chief judge, according to the Illinois courts website.

The other type of judge in a circuit, the associate judge, is appointed by the circuit judges with the guidance of the Illinois Supreme Court, the courts website states. They may not try felony cases without the supreme court’s approval. They serve for four-year terms.

The 14th Circuit is one of 23 in the state, the website states.

Landmarks Illinois offers to settle courthouse suit against Rock Island County. No response from county, and many officials haven't seen the offer

Landmarks Illinois has offered to settle its courthouse-related lawsuit against Rock Island County and its Public Building Commission, but the…

Landmarks Illinois offers to settle courthouse suit against Rock Island County. No reponse from county, and many officials haven't seen the offer

John McGehee has been sworn in as a Rock Island County judge.

Walter Braud, the chief judge of Illinois' 14th Judicial Circuit, speaks at a meeting of circuit officials Friday, Oct. 4, 2019, at the Rock Island County Justice Center. He announced he plans to retire in 2020. 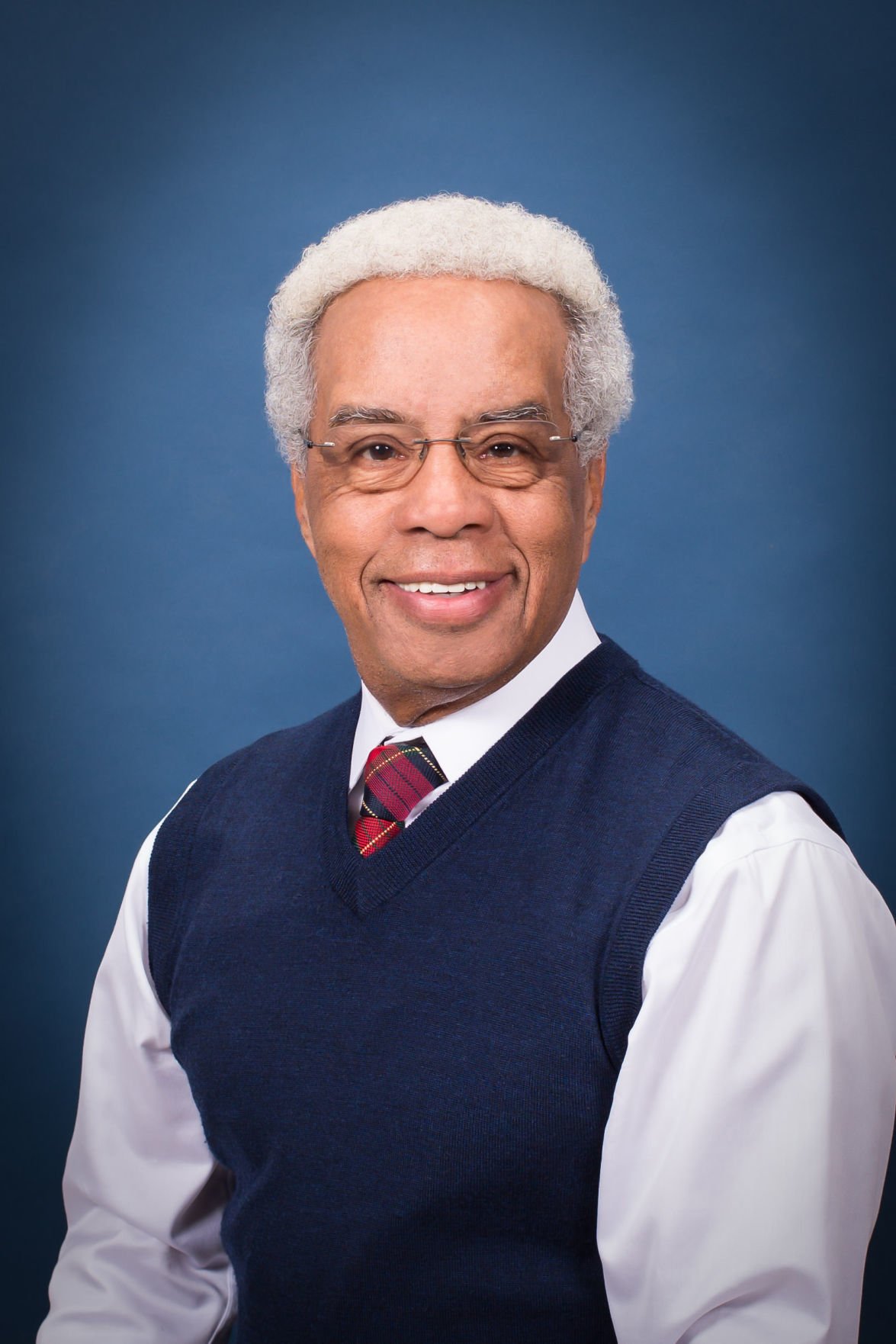