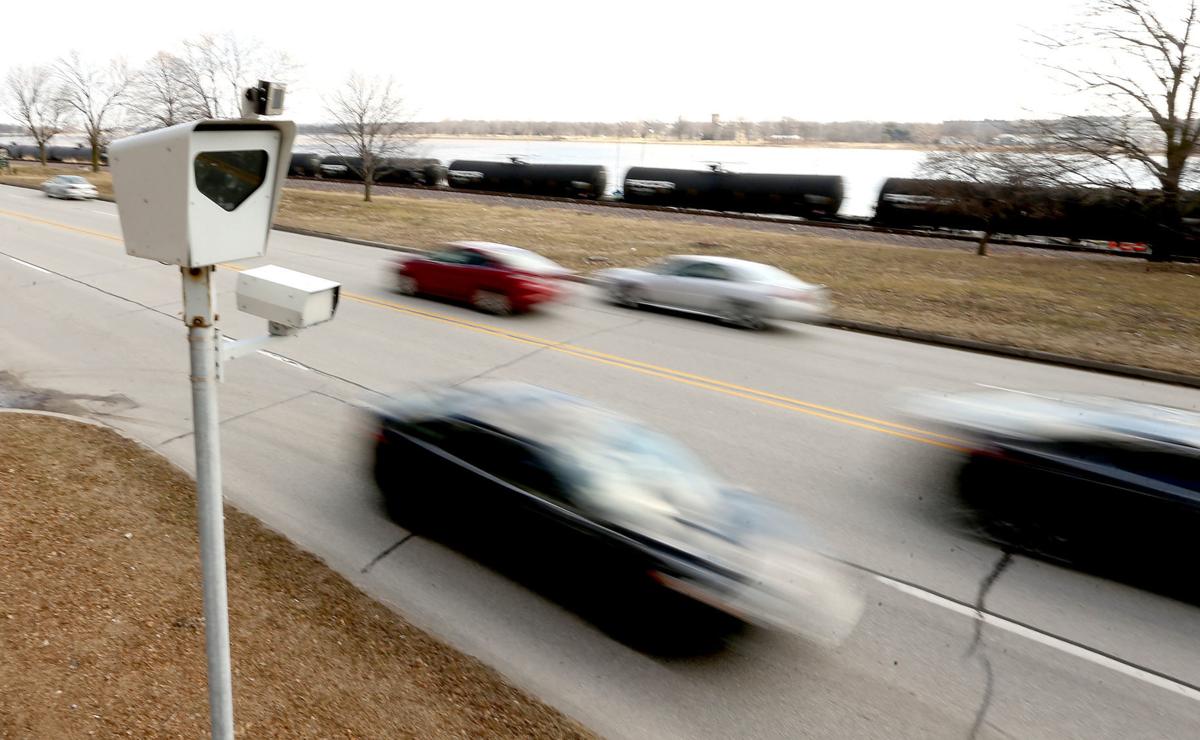 Cars pass by the speed camera located on River Drive in Davenport. LeClaire has taken another step toward adding the cameras to a portion of I-80 in LeClaire. 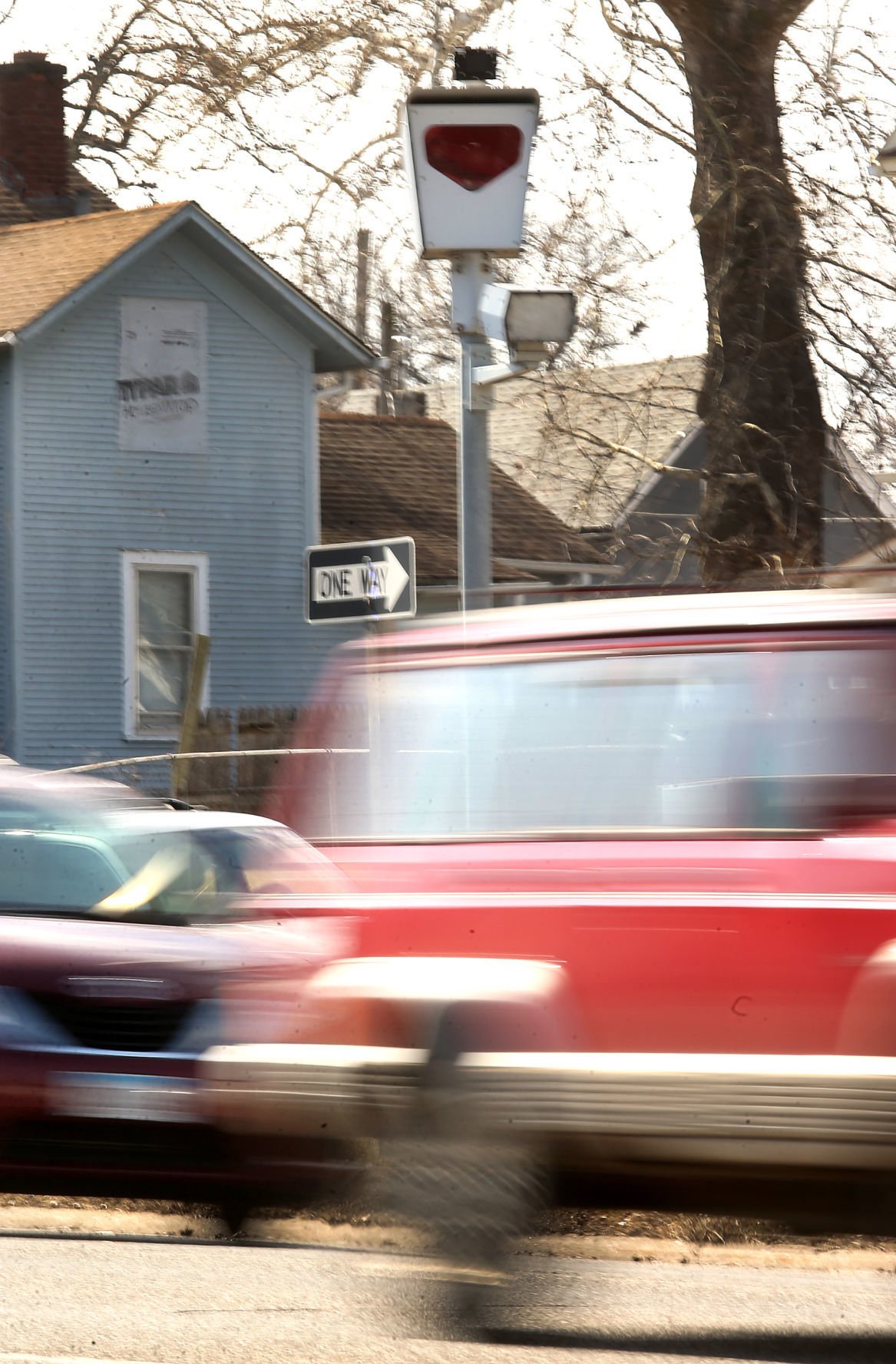 Some Davenport city officials want to keep the traffic camera program despite the possibility it could be eliminated statewide.

On Tuesday, state lawmakers voted to ban the government-run traffic cameras that record drivers who speed and run red lights in Iowa.

Before it would become law, however, the proposed ban also must be approved by the Iowa House and governor.

The cities of Davenport and Muscatine both have traffic cameras.

Davenport Alderman Mike Matson, 8th Ward, said he supports the use of the devices.

“I support red light cameras. They are a public safety tool,” he said.

The traffic camera ban passed the Iowa Senate after legislators debated whether the cameras are appropriate traffic safety tools or money-making constitutional violations.

Sen. Brad Zaun, a Republican from Urbandale, said it is all about the money.

However, others feel differently.

"The city of Davenport finds the automated traffic enforcement cameras to be an essential component of our public safety strategy," City Administrator Corri Spiegel said. "We believe our process, both for location and function of the cameras, and review of the citations is founded in best practices. Removal of the cameras would cause significant strain on police resources. That said, the city does welcome a program based on regulation and partnership with the State of Iowa."

Kyle Gripp, Davenport alderman at large, said the city wrote a position paper on traffic cameras “and our position is that cities should retain the right to use traffic enforcement cameras so long as they are being used to make roads safer and not for revenue purposes."

“The city has tracked the data and it clearly shows that places where we have implemented traffic cameras are safer because of it. I believe that there was an intersection (Elmore Avenue and Kimberly Road) where the data showed the intersection became less safe with the camera so it was removed.”

In 2017, Davenport issued 39,800 violations, according to a fiscal note from the Legislative Services Agency, with the city generating about $1 million in revenue. Muscatine issued roughly 11,000 violations and collected about $586,000 for the fiscal year that ended June 30, 2017. Statewide, the agency said the eight cities and Polk County would lose $12 million.

Legislators in the House are considering a pair of traffic camera proposals: one that would ban them like the Senate proposal, and another that would permit the cameras but add regulations.

Those who wish to ban traffic cameras say they violate an individual’s constitutional right to due process by creating a presumption of guilt before innocence. They also say the cameras are not necessarily tools for improving traffic safety, but rather for driving revenue to local governments and the companies that make the cameras.

Gripp said Davenport has taken a “conservative” approach on the cameras.

“We’ve limited the number we have, we track the data to ensure safety,” he said. “We’ve set the threshold for a ticket fairly high, and made the fine reasonable. Other cities have not done that and quite frankly, that is why the state legislature has acted on this.

“I believe that cities should maintain the right to use them and would welcome oversight from IDOT to ensure all Iowa cities are using traffic cameras in a responsible and effective manner; like Davenport has.

A spacewalk was cancelled because of space debris. Is it becoming a real threat for astronauts?

A bizarre twist! Cotton candy was invented by who?

A bizarre twist! Cotton candy was invented by who?

Traffic camera opponents may get another shot to ban devices

DES MOINES — Time may be running out on legislation to regulate traffic cameras in Iowa.

Cars pass by the speed camera located on River Drive in Davenport. LeClaire has taken another step toward adding the cameras to a portion of I-80 in LeClaire.