To combat the scourge of “modern-day slavery,” Davenport has declared January 2020 as “Slavery and Human Trafficking Prevention and Awareness Month.”

“This horrific crime, which denies human dignity and freedom, and fuels organized crime, exists in every city,” reads a proclamation approved by City Council Wednesday. Even as awareness grows, “human trafficking continues to go unreported due to its isolating nature, the misunderstanding of its definition, and the lack of awareness about its indicators.”

The proclamation was read aloud at the council meeting by Ward 5’s new alderman Matt Dohrmann.

Receiving the proclamation was longtime Iowa Sen. and Bettendorf resident Maggie Tinsman. In the mid-2000s, Tinsman spearheaded the bipartisan bill that made human trafficking a felony in Iowa.

“Trafficking, or slavery, is occurring right here in the Quad Cities,” said Tinsman, who thanked Davenport for passing an ordinance targeting illegal massage parlors in October. Illicit parlors are sometimes fronts for trafficking.

“We need all our citizens to learn about trafficking, or slavery, so we can become part of the solution to this heinous crime,” Tinsman said. 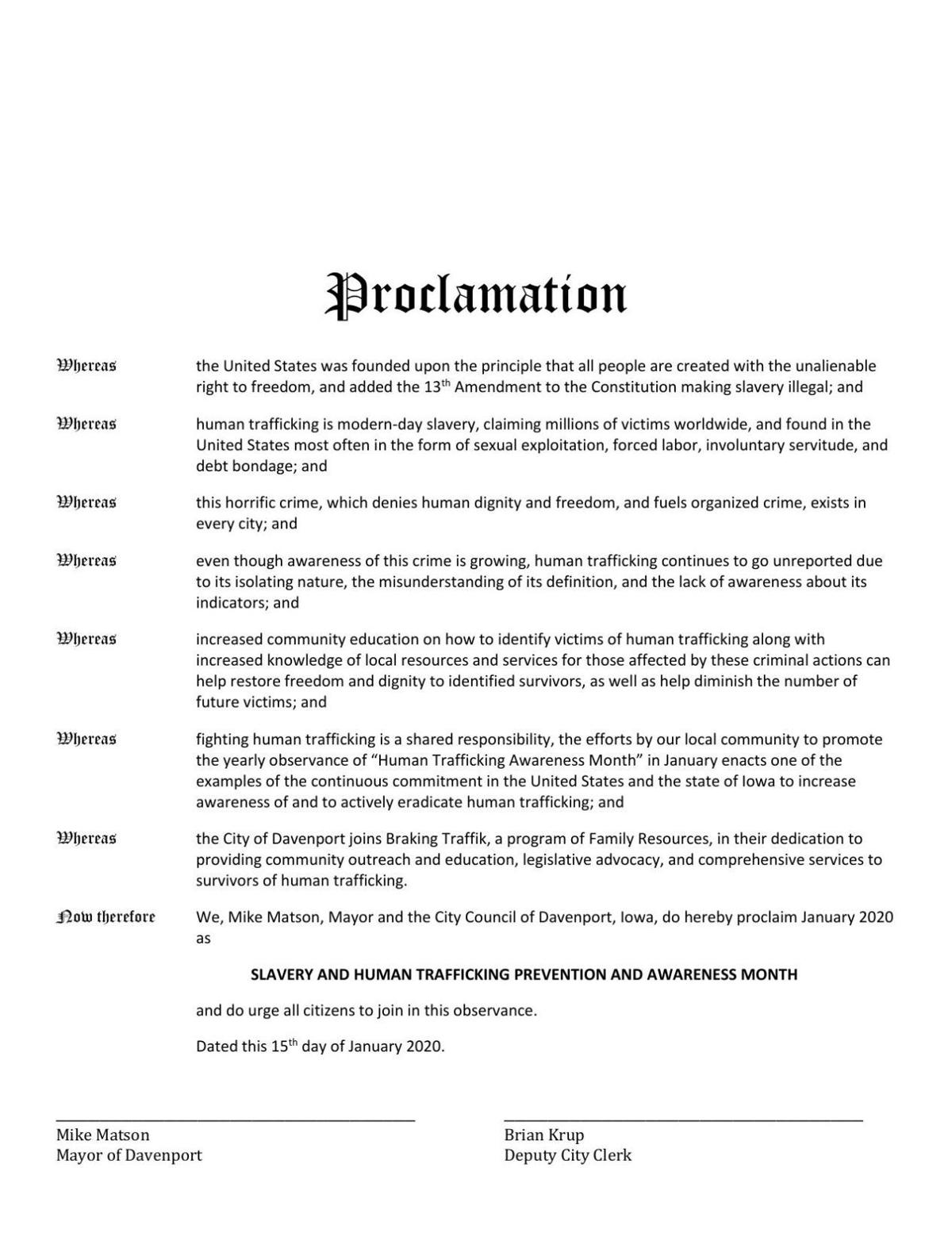 'We've got to cauterize these wounds': Davenport Schools to seek forgiveness of $9 million in negative unspent balance