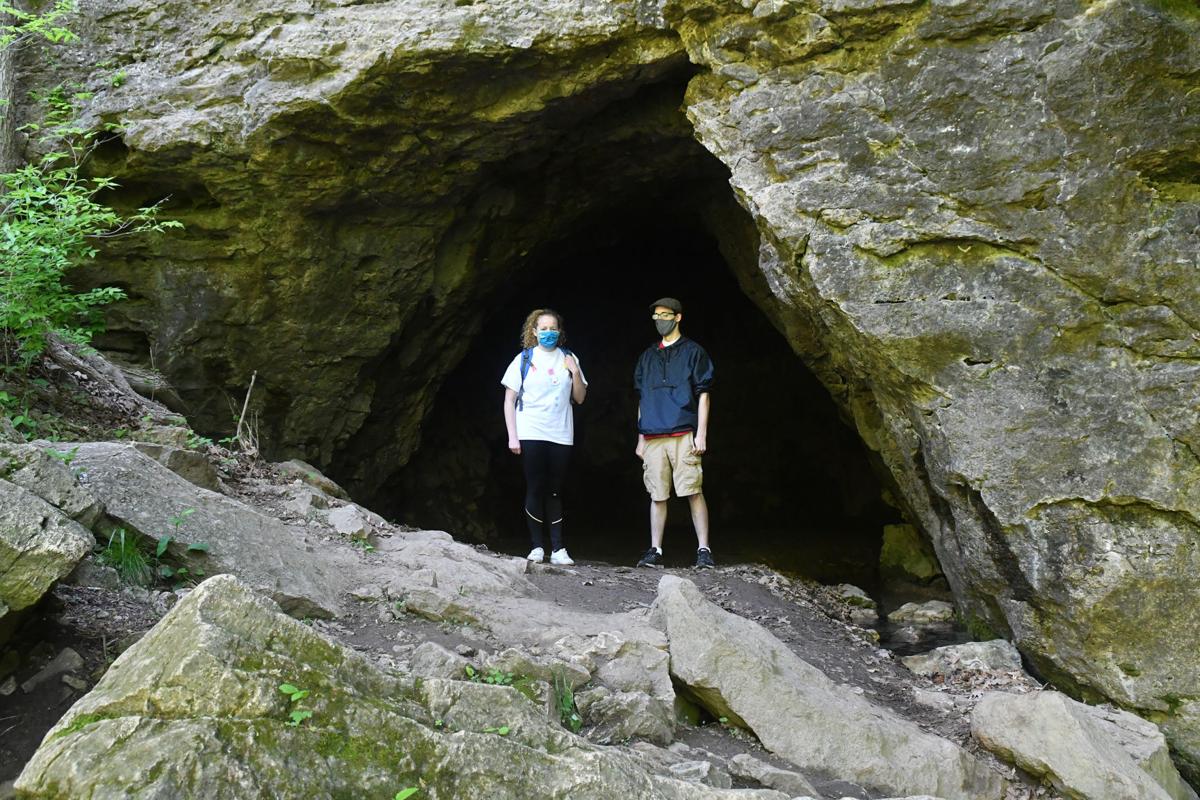 During the pandemic, people opted to get outside to parks like Maquoketa Caves State Park. Tourism officials expect that trend will continue. 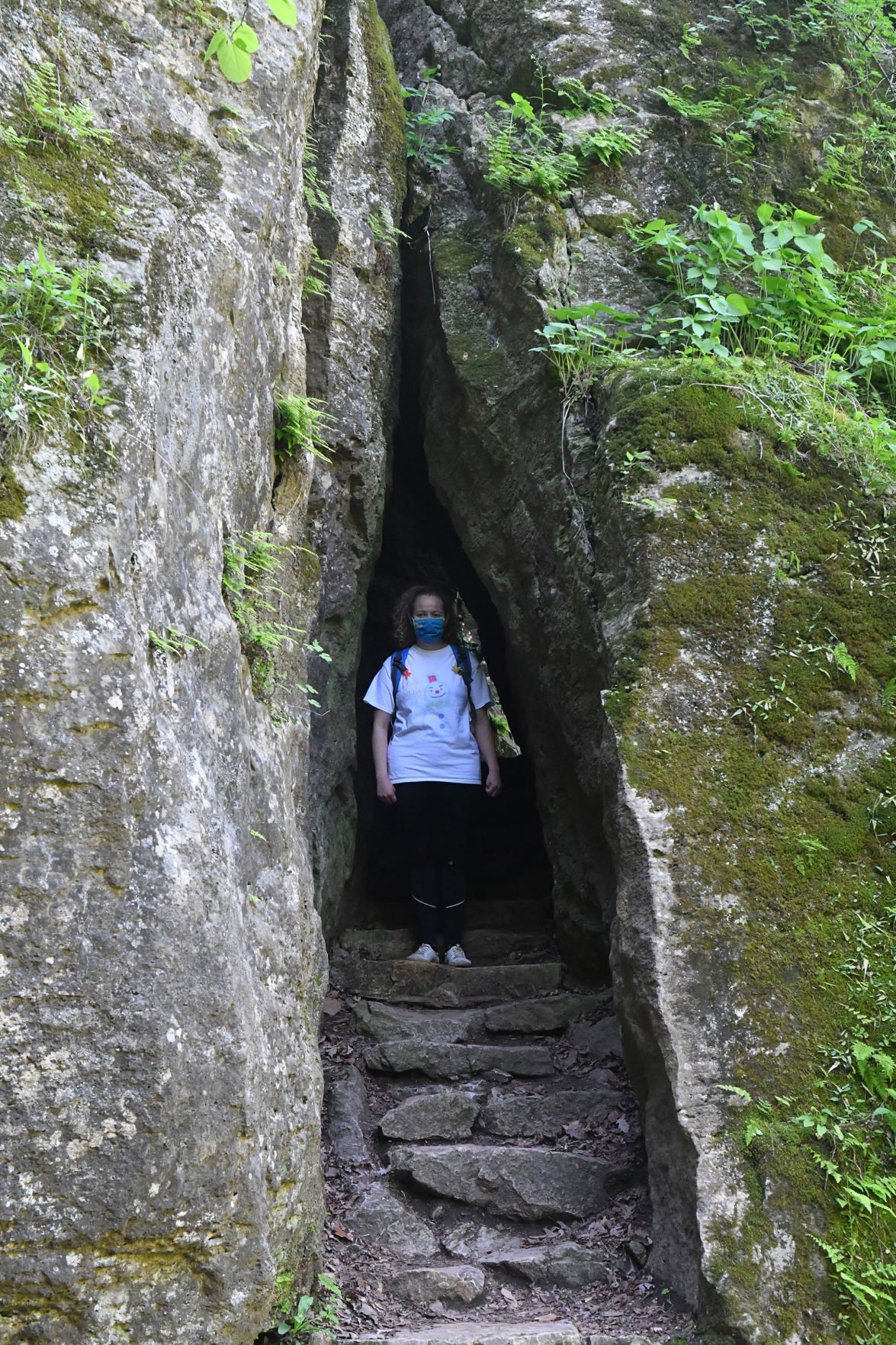 A narrow passage on the pathway at the Maquoketa Caves State Park. 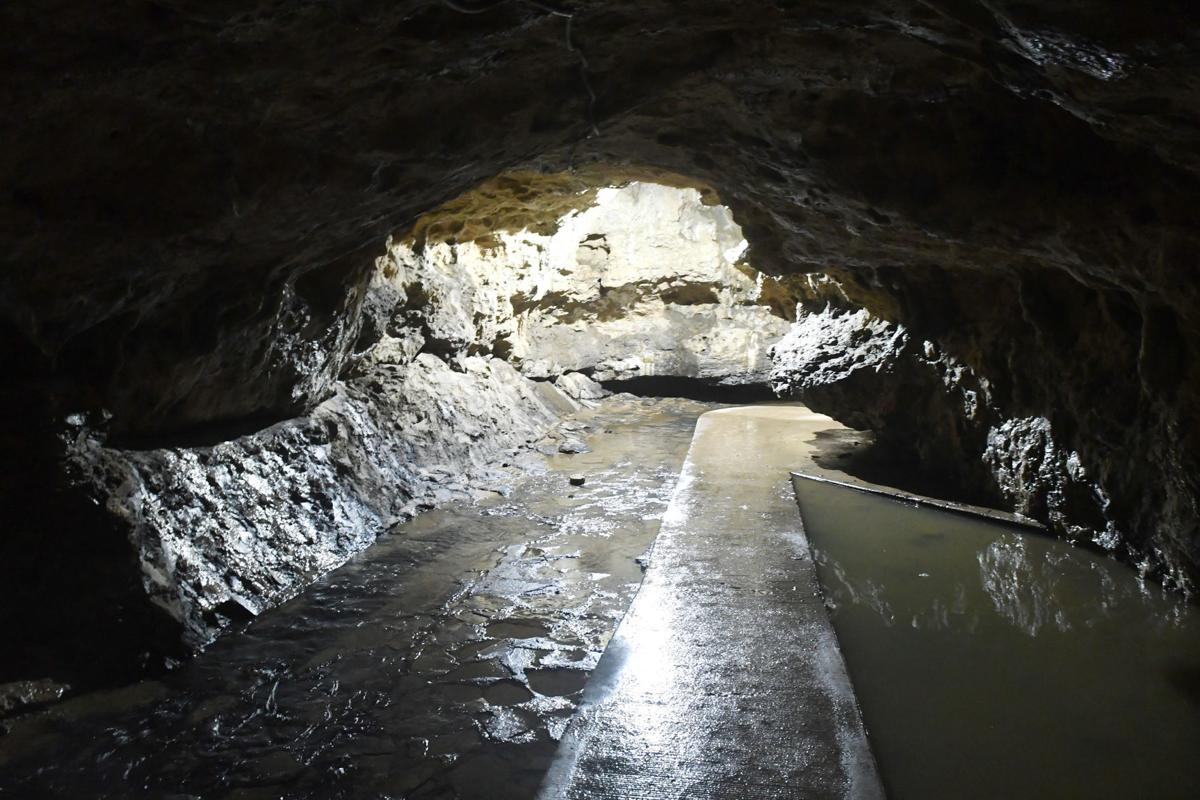 There's a low ceiling and running water in Dancehall Cave at the Maquoketa Caves State Park in Maquoketa, Iowa, but it's the most easily accessible of the park's caves.

I thought I was in a rainforest on a sunny day.

Born and raised in desert Utah, I’m not used to seeing greenery and wildflowers everywhere I look, but that was exactly my experience when visiting Maquoketa Caves State Park for the first time.

The state park is in Jackson County, Iowa — about an hour's drive from the Quad-Cities — and features 15 caves of varying sizes. Some, like the connected Upper, Middle, and Lower Dancehall caves, are large and wide with birds darting in and out of nests hidden in the walls. The Dancehall cave is the main attraction of the park, and has an artificially lit walkway between the three entrances.

Other caves, like the Barbell and Match Caves, are a tighter squeeze, and might require getting your clothes a little wet or dirty.

Army crawling in and out of Match Cave was probably the most claustrophobic I’ve ever felt, which is why I avoided most of the other tight caves.

Some, like Up-N-Down Cave and Wye Cave, have small openings that lead to wider rooms. Up-N-Down cave took me down a hole in the rock, where my head barely stuck out the top and I couldn’t lift my arms, but after ducking around a corner the rock opens up to reveal a small room, just large enough for two or three people to stand comfortably.

Up-N-Down Cave was also where I discovered that if you’re uncomfortable with creepy-crawlies like spiders and maggots, it’s probably not a good idea to look too closely at the cave walls. Flashlights are definitely a necessity in the caves, but I would have been better off leaving the mystery of what was in some of the cracks and crevices to my imagination.

Outside the caves, the park is beautiful, which many visitors who came during the COVID-19 pandemic discovered, since the caves were closed for over a year. (The caves are always closed in the winter, to protect the bats that live there.) Luckily, there are six miles of hiking trails through and around the caves, which provide ample opportunities to appreciate nature—and take some memorable Instagram photos.

After visiting the caves, be sure to clean your shoes, clothes and gear. Some of the caves at Maquoketa have a fungus that can cause White Nose Syndrome, a disease deadly to bats. To prevent the spread of White Nose Syndrome to other bat populations, avoid using the same gear when visiting other places where bats are common.

All-in-all, my visit to Maquoketa Caves was perfect. I may have been a little sore after all the hiking, but it was well worth it for the exciting underground adventure and the beautiful above-ground views.

The caves reopened in April though the park still has limited parking. Once designated parking spots are full, visitors have to wait for an open spot to access the park. The Iowa Department of Natural Resources website recommends avoiding weekends from 11 a.m. to 4 p.m., which is when the park gets the most visitors.

I arrived at the park around 9 a.m. on a Thursday and only saw a few other hikers during most of the morning. More people appeared around noon, but the park was far from full. I managed to visit all of the caves by about 1 p.m., though I didn’t climb all the way into some of the smaller ones.

The park also has campgrounds. A reservation is required, but same day reservations are being accepted (before 9p.m.) through October 2021.

Jersey Ridge road is blocked off at Lombard Street after a commercial truck hit a power line Tuesday morning.

During the pandemic, people opted to get outside to parks like Maquoketa Caves State Park. Tourism officials expect that trend will continue.

A narrow passage on the pathway at the Maquoketa Caves State Park.

There's a low ceiling and running water in Dancehall Cave at the Maquoketa Caves State Park in Maquoketa, Iowa, but it's the most easily accessible of the park's caves.