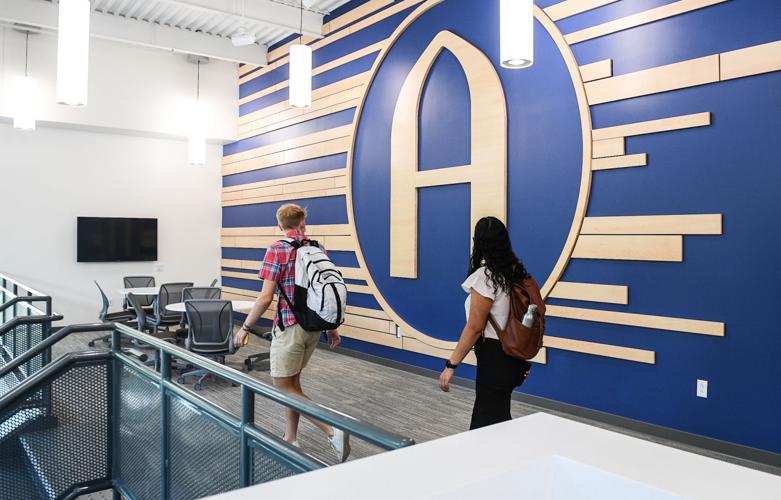 Students walks on the upper level inside the 52,000-square-foot Peter J. Lindberg, M.D., Center for Health and Human Performance at Augustana College Monday in Rock Island. 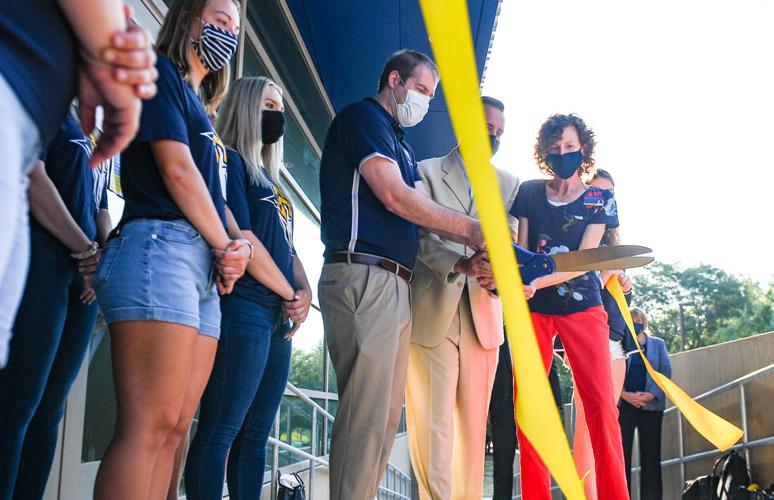 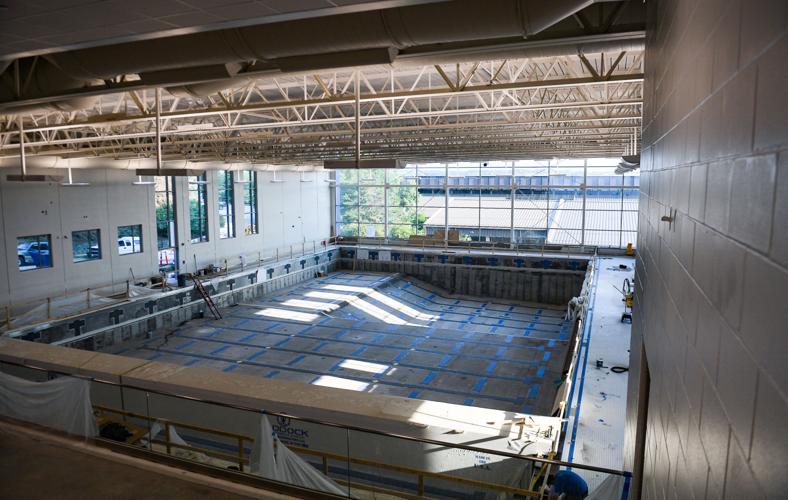 The new swimming pool as seen inside the 52,000-square-foot Peter J. Lindberg, M.D., Center for Health and Human Performance at Augustana College. 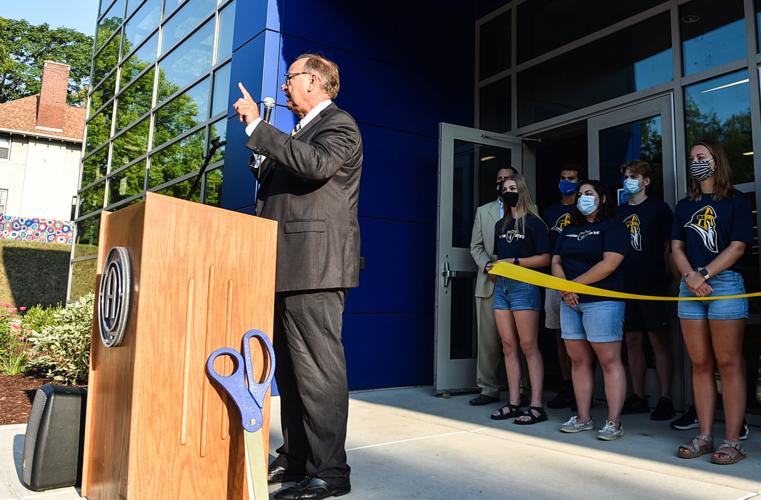 Augustana College on Monday officially opened its latest addition to the campus: the Peter J. Lindberg, M.D., Center for Health and Human Performance.

The Lindberg Center houses the college’s kinesiology and public health programs. It is also equipped with an indoor swimming pool that will be used by college athletes, including the new men’s and women’s water polo teams.

“It is our hope and prayer that this building will shape generations of Augustana College students as they grow in mind, body and spirit,” Augustana College President Steven Bahls said Monday during a ribbon cutting for the new center.

The center’s namesake was a 1961 graduate of Augustana. He went to medical school at the University of Chicago. His professional career was largely at Los Alamos Medical Center, in Los Alamos, N.M.; then he went to work for Albuquerque’s New Mexico Cancer Center. He also served in the U.S. Air Force in the 1960s after completing school.

“He had a deep, deep interest in holistic health and lived a life that represents the very best of a liberally educated person” Bahls said. “He spent his career helping thousands of persons and patients as an oncologist.”

The center is located on 7th Avenue at 35th Street on the northern portion of the campus.

It is a 52,000-square-foot building that cost $18 million, according to the college. Its academic and administrative spaces include five classrooms, two laboratories, study areas and offices for the swimming and water polo teams.

The pool has 10 lanes, is 7 feet deep and includes a diving well. There is room for 250 people in the surrounding seating.

“Just as Dr. Lindberg ’s life touched so many lives, so will this building,” Bahls said.

Though the building opened Monday, there was still some work under way. The pool was unfinished.

College spokeswoman Kirby Stockwell said it was expected to be complete by October.

The funding for the center included a $10 million donation from the Austin E. Knowlton Foundation, Stockwell said. The other $8 million was raised through other donors and alumni.

It's move-in day at Augustana College

Elise Brenner was perched on a high-rise bed Thursday at Augustana College's Westerlin Hall, working to cover the mattress with red sheets. Sh…

Augustana College is offering insurance designed to guarantee a specific wage post-graduation as part of a pilot program.

'It has been the honor of my life': Steven Bahls to retire as president of Augustana College

Augustana College President Steven Bahls announced Monday his intention to retire in the summer of 2022.

Augustana College President Steven Bahls has announced his intention to retire in the summer of 2022.

'The intensity of feeling is in evidence': Quad-Cities professors weigh in on D.C. events

Augustana College’s Old Main is getting a colorful update to its lighting to celebrate a successful campaign to improve the school’s endowment.

As COVID-19 cases climb, here is how Quad-Cities schools are reacting

Some schools in Quad-Cities have altered their COVID-19 responses in recent days as positive cases in the area continue to climb.

Teachers must be vaccinated or submit to testing in Illinois.

One person was injured in a structure fire Tuesday in Davenport.

Bettendorf teacher's trip to Iceland meant to inform her instruction

The Bettendorf Community School District's Ellen Craig recently returned from Iceland and plans to use the experience to develop educational materials.

WATCH NOW SUV gets on I-74 bike path, injures 3

WATCH NOW SUV gets on I-74 bike path, injures 3

US to fly in baby formula on military contracted jets

US to fly in baby formula on military contracted jets

Students walks on the upper level inside the 52,000-square-foot Peter J. Lindberg, M.D., Center for Health and Human Performance at Augustana College Monday in Rock Island.

The new swimming pool as seen inside the 52,000-square-foot Peter J. Lindberg, M.D., Center for Health and Human Performance at Augustana College.