A charter bus driver who refused to let high school soccer players with a Mexican flag onto his bus last week has been fired.

The driver worked for Tri-State Travel, a bus company contracted with the Rock Island-Milan School District for several years, according to Andrew Hillard, the company's president.

The Rock Island High School boys soccer team was supposed to take a Tri-State Travel charter bus to an out-of-town soccer game against Dunlap Thursday, Sept. 16, but the bus driver refused entry to students carrying the flag of Mexico in celebration of Mexican Independence Day, which was that day.

The rest of the team got off the bus and wouldn't get back on, according to a letter to parents from Superintendent Reginald Lawrence of the Rock Island-Milan School District. The team missed its game, which had to be rescheduled.

Hillard said after an internal investigation, which involved reviewing video footage of the incident, the bus driver involved has been terminated, effective immediately.

"We have zero tolerance for this type of behavior," Hillard said. "It was something that should have never happened."

Hillard also said as president of Tri-State Travel he will write a personal apology letter to the team, and will meet with them in-person once a time can be scheduled. Tri-State Travel will also donate a bus for the team's next away game and throw them a pizza party.

Others in the Quad-Cities community have rallied around the soccer players, supporting them for their decision to stand against racism. LoPiez Pizza in Davenport posted on Facebook on Saturday saying that anyone who came in over the weekend with Mexican or Hispanic pride, "whether it be a shirt, hat, key chain, OR A BIG OL FLAG," could get 10% off their order, and anyone from the Rock Island High School soccer team who came in could get 20% off.

Another community member on Facebook invited anyone who can attend the team's next home game on Tuesday, Sept. 21 at 6 p.m. to bring flags from all over the world to show support.

Lawrence, the district superintendent, commended the team in his letter to parents.

"With all that transpired, our RIHS soccer team and the head coach conducted themselves with respect and dignity. Our students should not have to experience this sort of bias and racism," Superintendent Lawrence said. "The Rock Island-Milan School District is a school district of many nations, and we are here to support our students ... Racism is counterproductive to our values, and we need to do everything in our power to end it." 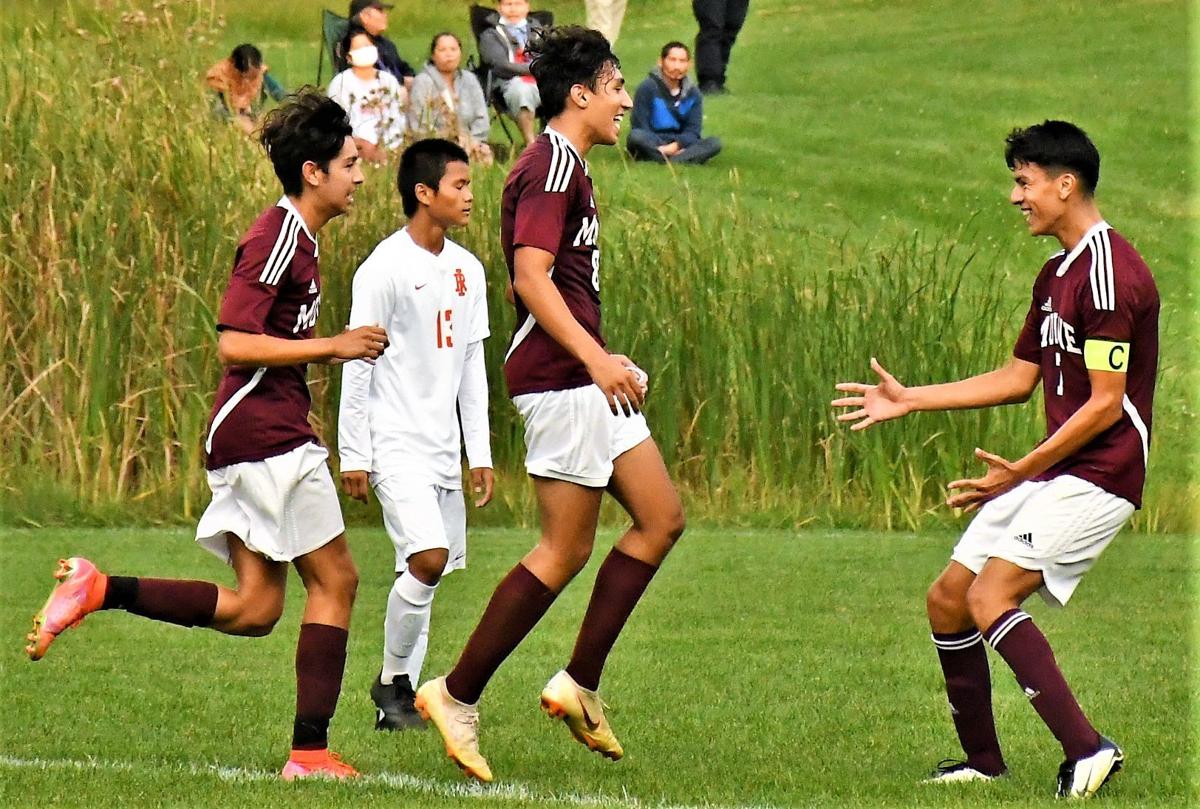 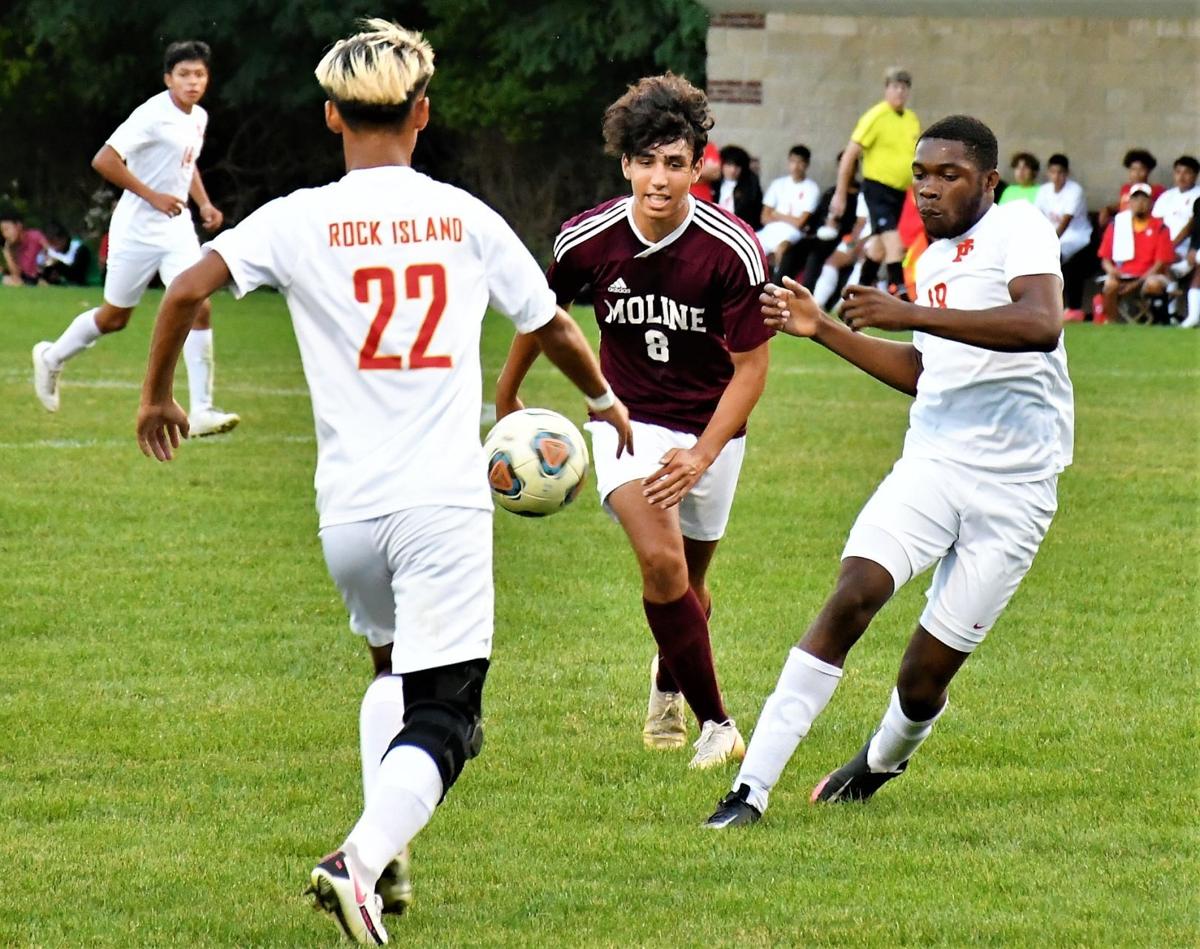 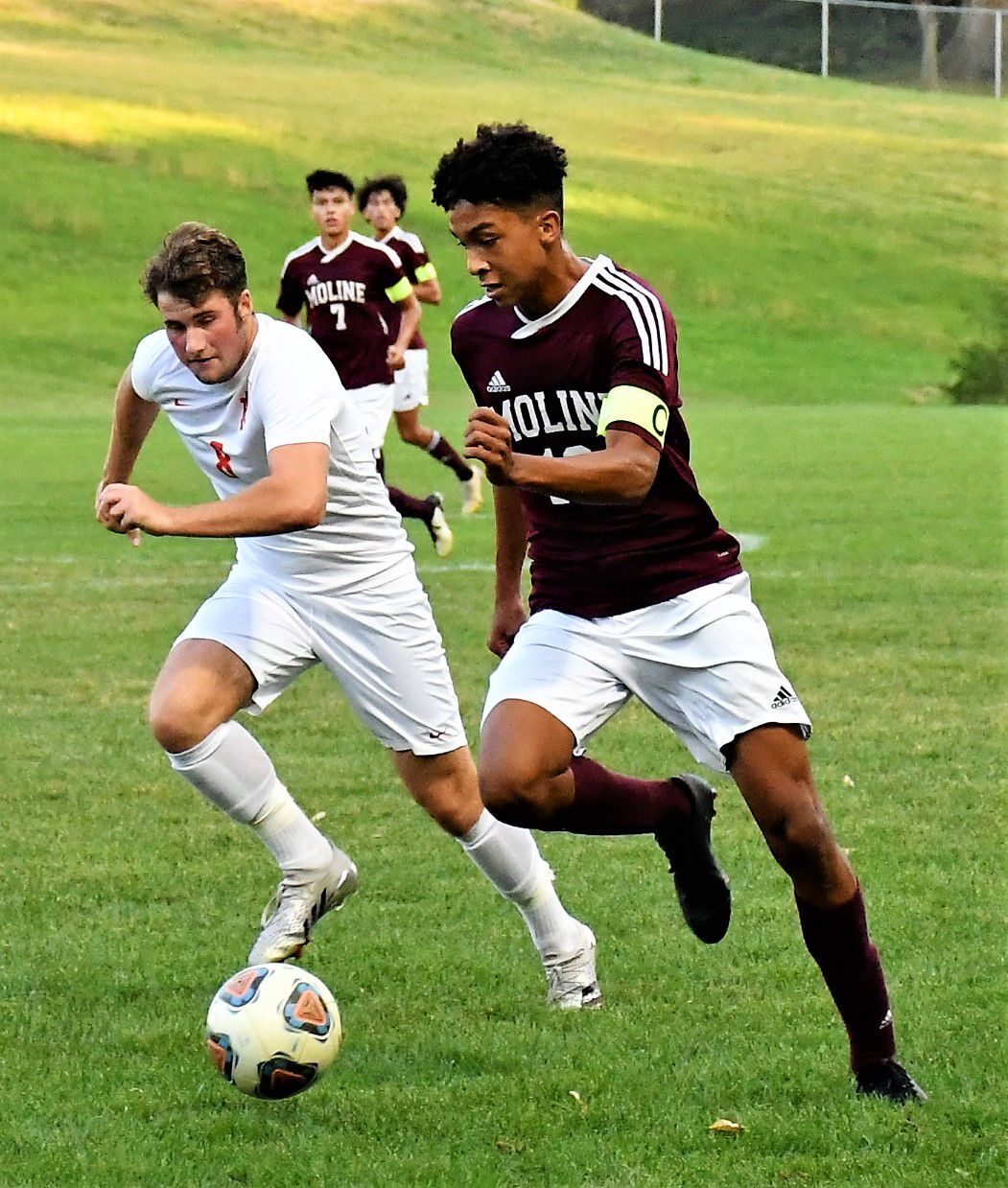 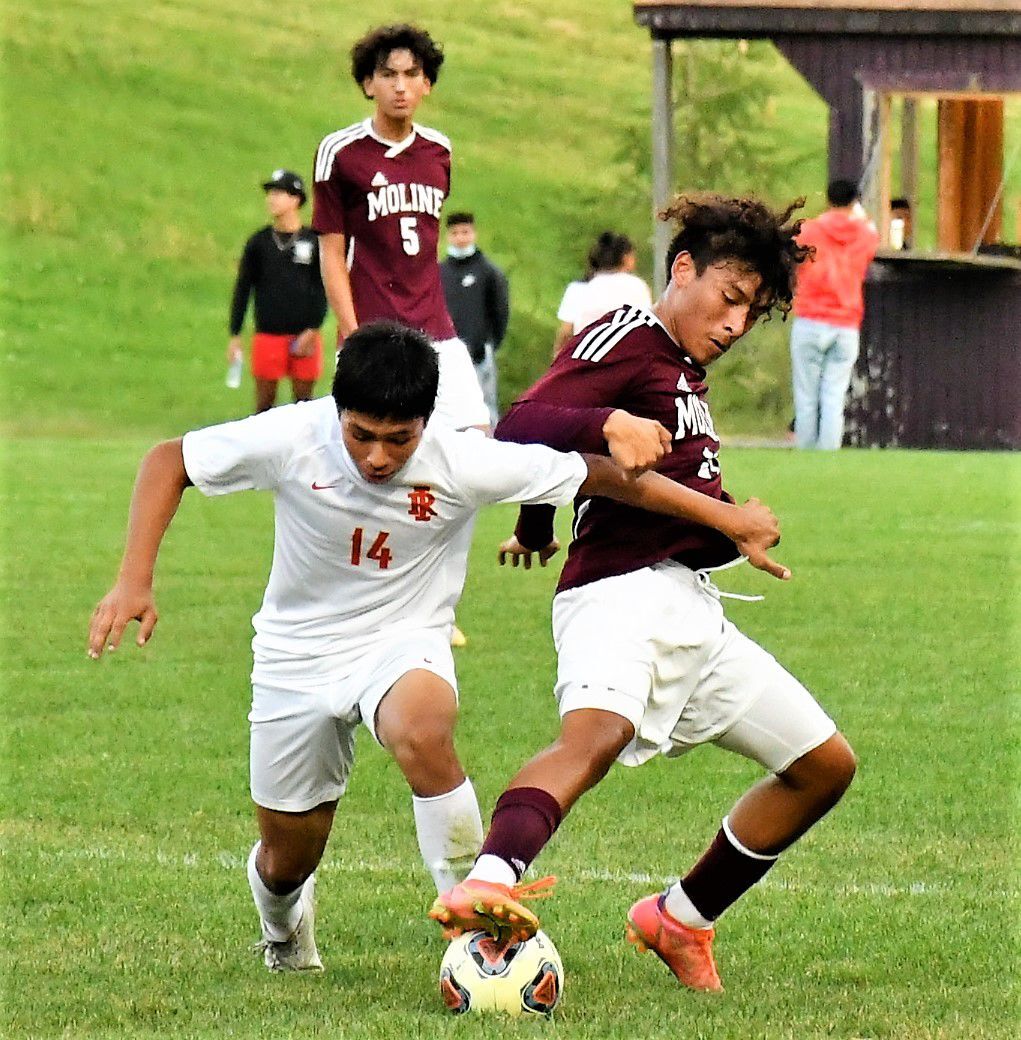 Moline's Isiah Gallegos and Rock Island's Jesus Sosa battle for the ball during the first half of a soccer match Tuesday at the Moline Soccer Bowl. 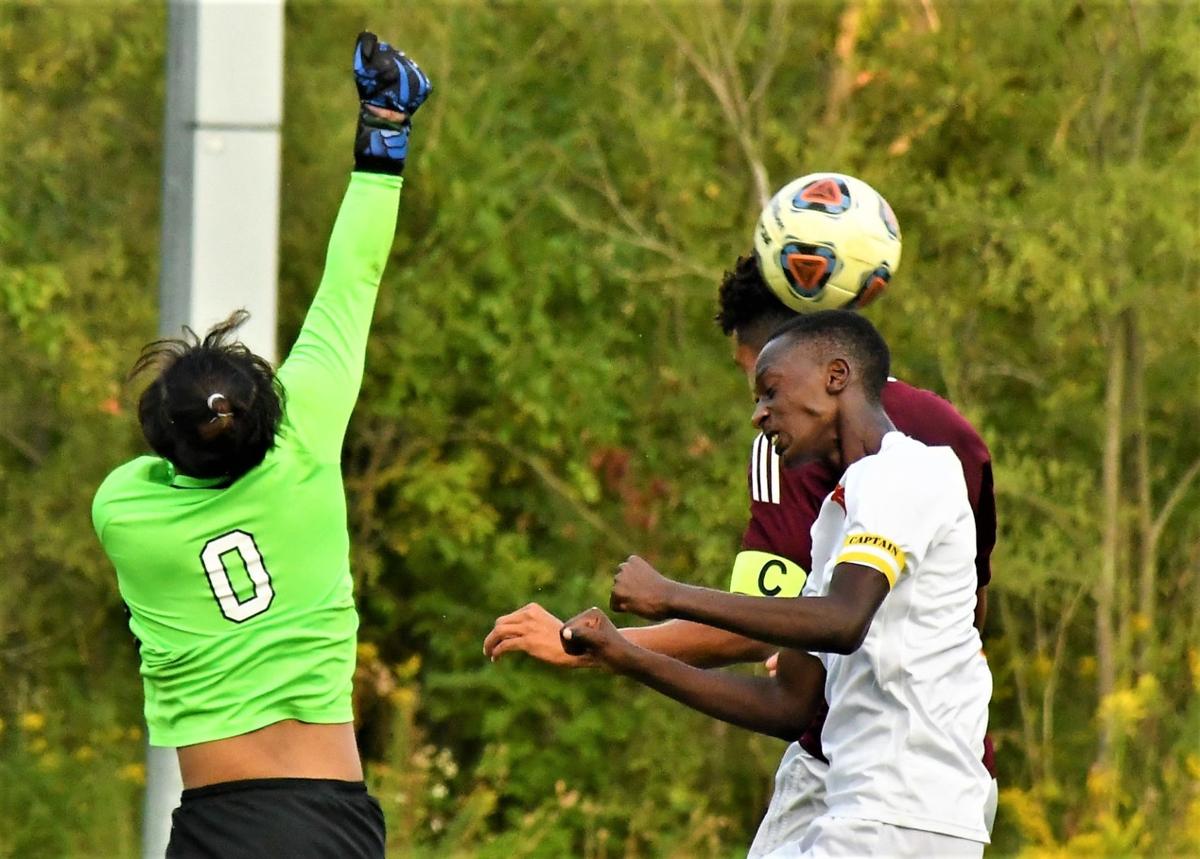 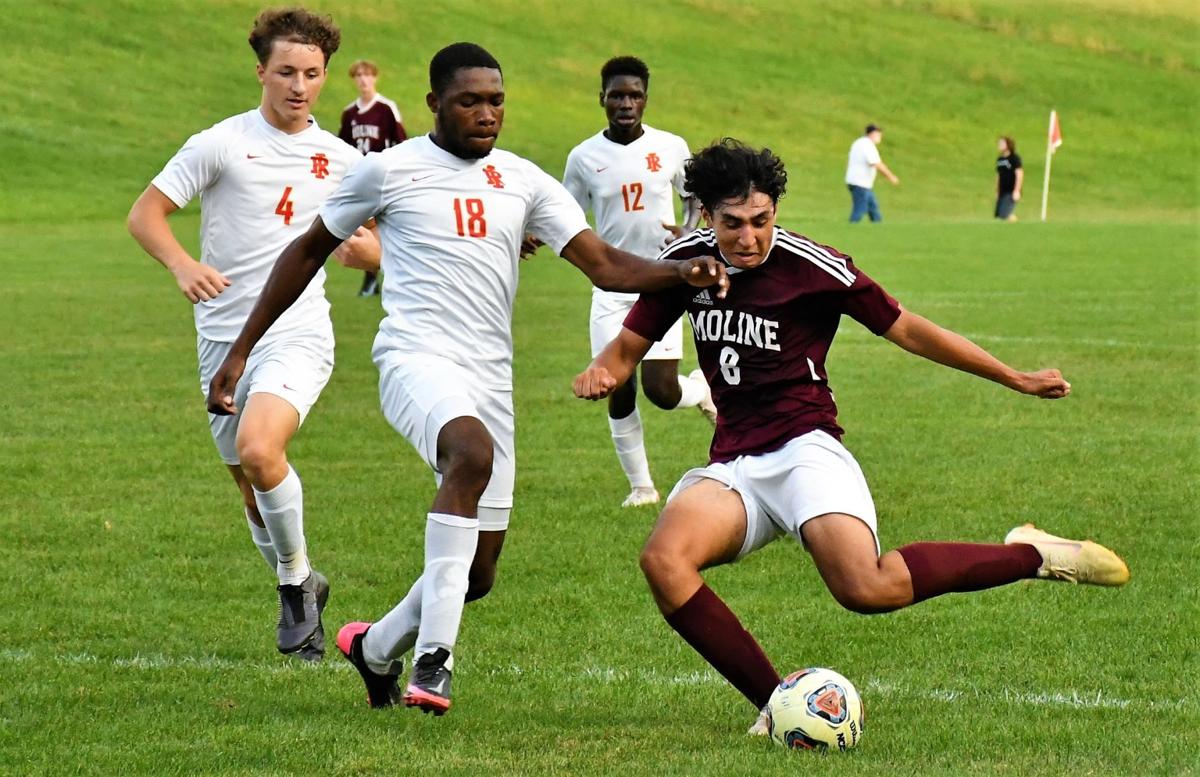 Moline's Nelson Acosta goes to shoot the ball as Rock Island's Wiba Alamsi (18) comes in to defend during a match Tuesday at the Moline Soccer Bowl.

Moline's Diego Gomez (12) watches as his shot crosses the line for a goal during a match against Rock Island Tuesday at the Moline Soccer Bowl.

Moline's Isiah Gallegos and Rock Island's Jesus Sosa battle for the ball during the first half of a soccer match Tuesday at the Moline Soccer Bowl.

Moline's Nelson Acosta goes to shoot the ball as Rock Island's Wiba Alamsi (18) comes in to defend during a match Tuesday at the Moline Soccer Bowl.

Moline's Diego Gomez (12) watches as his shot crosses the line for a goal during a match against Rock Island Tuesday at the Moline Soccer Bowl.

A room always carries the fingerprint of its occupant and this classroom had all four fingers and the thumb and palm print too.

Guy Dierikx’s parents told him there would be moments in his life in which he always would remember where he was and what he was doing.

No one injured in Moline house fire Monday night

A Dubuque man was arrested in Davenport Tuesday morning after allegedly stealing a gun valued at about $540.

High School soccer fans brought flags from all over the world to the Rocky vs. UT game Tuesday.

A man was arrested for the attack and charged with aggravated battery, but the state's attorney previously said the charges would be upgraded to murder if the victim didn't survive.