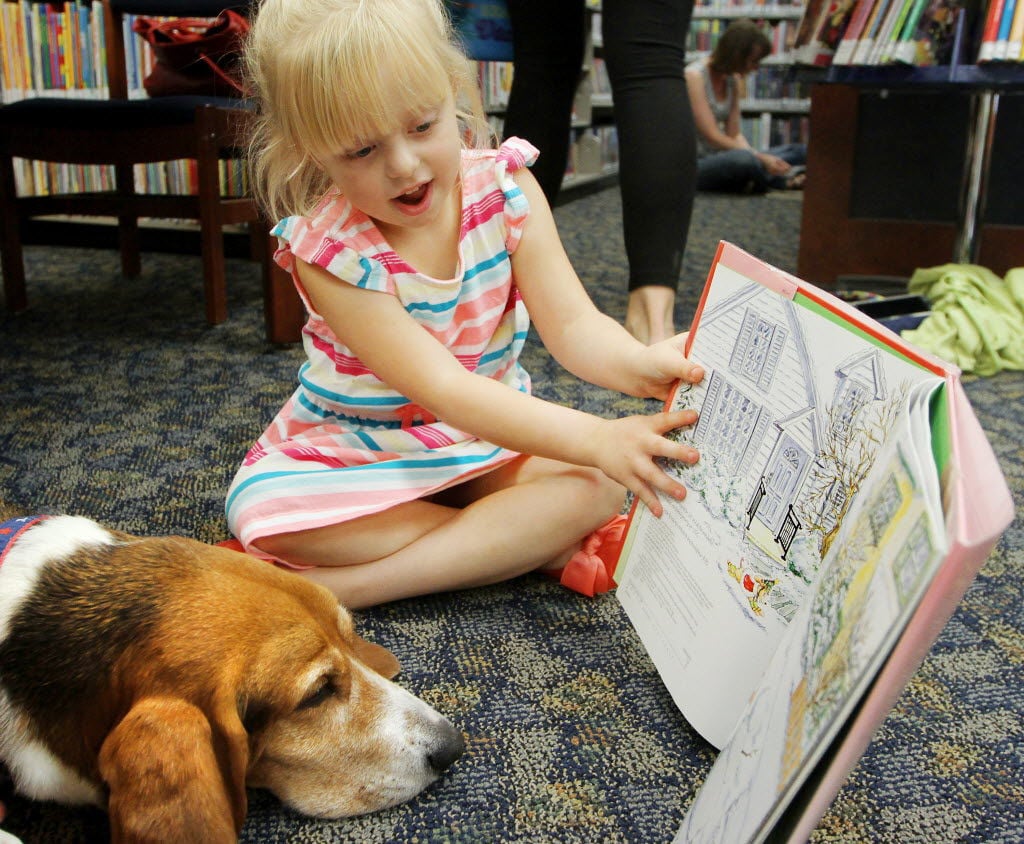 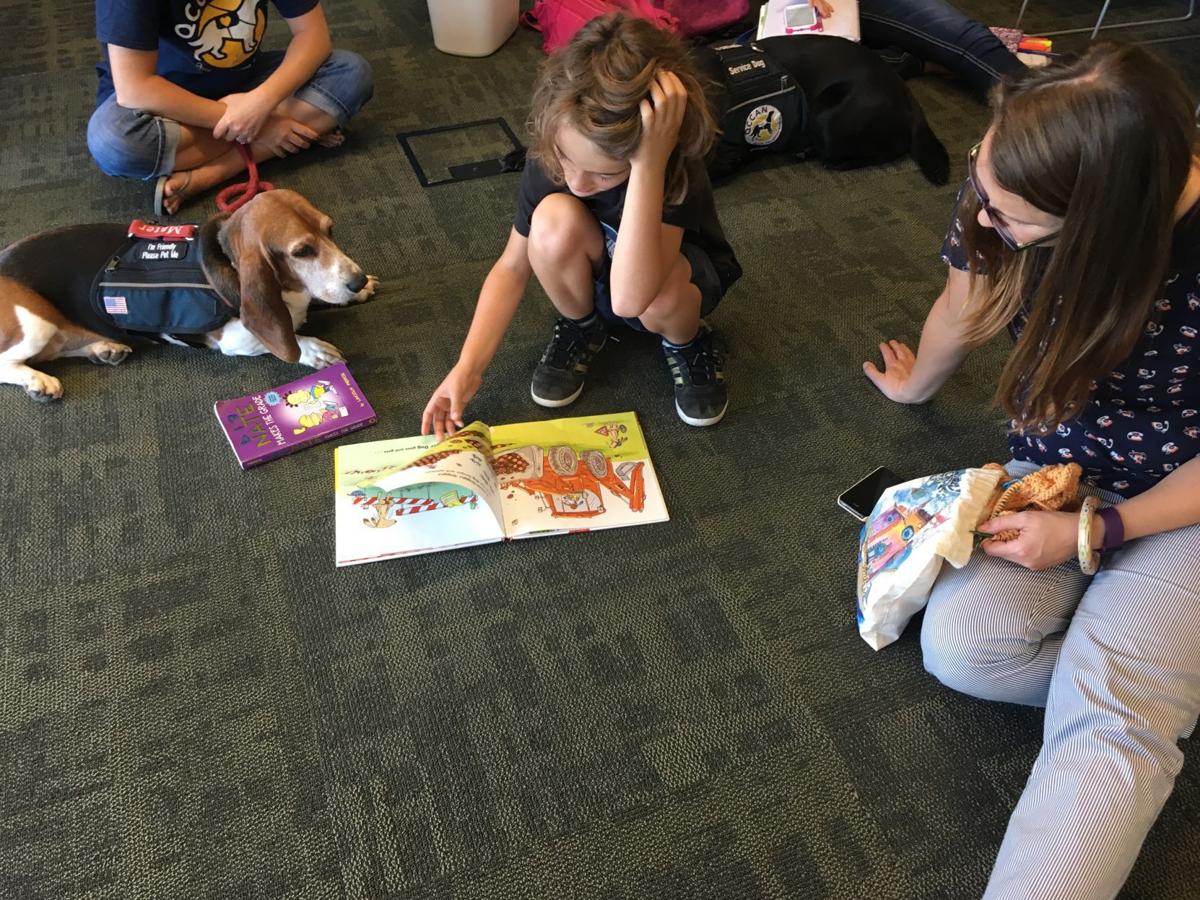 Children at the Eastern Avenue branch of the Davenport Public Library read with a therapy dog, in this photo contributed by the library. The next "Read to a Dog" session is 6 p.m. on Jan. 8.

Young children, calm dogs and a book: That's the recipe to encourage literacy in the "Read to a Dog" program at the Davenport Public Library.

The Eastern Avenue branch library runs the special program once a month at the library, located at 6000 Eastern Ave. The next session is 5 p.m. Monday, Jan. 8.

The library uses therapy dogs from the Quad-Cities Canine Assistance Network, or QC CAN, Carbon Cliff. The program has been held the second Monday of the month for about 18 months at the Eastern Branch, said Lexie Reiling, youth services and programming supervisor at the Davenport library.

It is going well. "It's a lot of fun. The kids come in and they are really excited to see dogs in the library. It gives them a chance to practice their reading skills," she said.

The presence of the therapy dogs is calming and nonjudgmental, important for a child developing reading skills, Reiling said. "There's no grown-up telling them they are doing something wrong, and they don't feel any pressure," she said. "They just read to these gentle, calm, sweet dogs."

In May, Tufts University, Boston, released a research study that examined second-grade students who read aloud to dogs in an after-school program to see if dogs helped improve academic performance. It was completed by researchers in the Tufts Institute for Human-Animal Interaction in Grafton, Massachusetts.

The study showed that scores to assess academic reading attitudes increased among the children who read aloud to the dogs, the university reported online.

The dogs and reading activity in Davenport is helpful for reluctant readers, Reiling said. "Most kids do like dogs, and even kids who are a little reluctant about reading; they come into the library, see the dogs and that gets them interested."

Reading might be a hard skill to master at first. "This is particularly with kids who see their friends reading out loud with confidence; that can be disheartening," Reiling said.

The books the youngsters choose from are simple and chosen because they are fun to read. The aim is to give the children good practice on reading skills, and not to bog them down with difficulty, according to Reiling.

Age-wise, these children are in the early-elementary grades, and are just starting to read independently, she said. It also includes those who wish to practice reading skills.

When the event is going on at the library, Reiling invites all the children in the library to come and meet the dogs, and pet them, and read to them if they wish.

The pooches are trained therapy dogs and come in a variety of shapes and sizes. There is no cost to attend.

What: Read to a Dog

Big changes are coming to Davenport high schools next year. Here is what they mean for students and staff.

Forty-six full-time positions are being eliminated, including 30 teachers and six administrators.

Students attending some of the district’s less traditional schools will face some of the most drastic impacts.

More than 120 teachers, administrators, parents, students and taxpayers turned out to the Davenport School Board meeting Tuesday night. By Fri…

Students attending some of the district’s less traditional schools will face some of the most drastic impacts.

Submit your name, email and phone number by March 6, either by emailing smuckenfuss@bettendorf.k12.ia.us or calling 563-359-3681.

ALEDO — A representative of a solar energy firm told the Mercer County School Board at a meeting Wednesday, Feb. 19, that the district could s…

Children at the Eastern Avenue branch of the Davenport Public Library read with a therapy dog, in this photo contributed by the library. The next "Read to a Dog" session is 6 p.m. on Jan. 8.