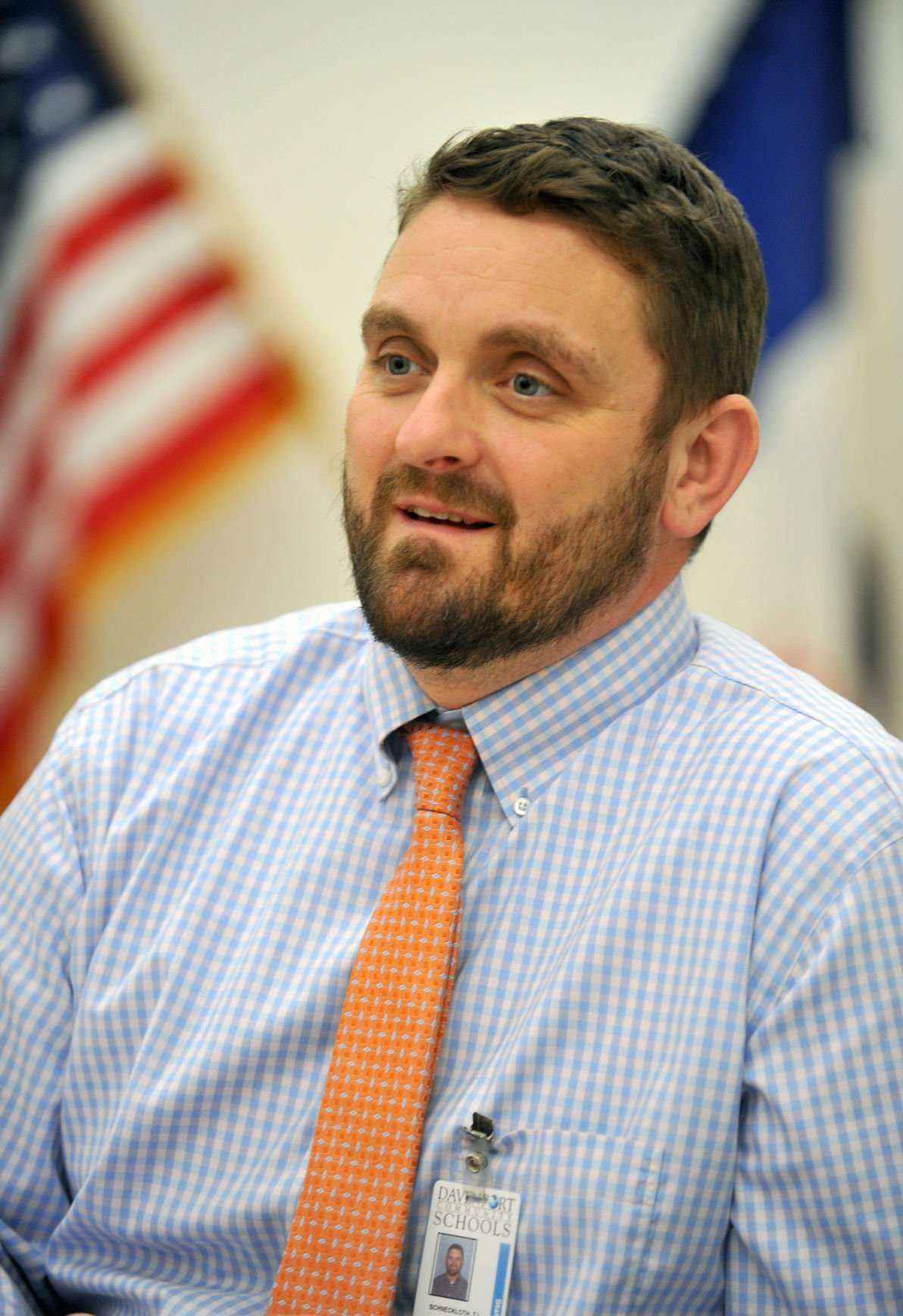 Roughly two-thirds of the students whose families have chosen to open enroll from the Davenport Community School District since a change in Iowa law relaxed restrictions have switched to neighboring Quad-Cities districts.

In May, the state ended school districts’ ability to adopt voluntary diversity plans and the caps those plans placed on open enrollment. 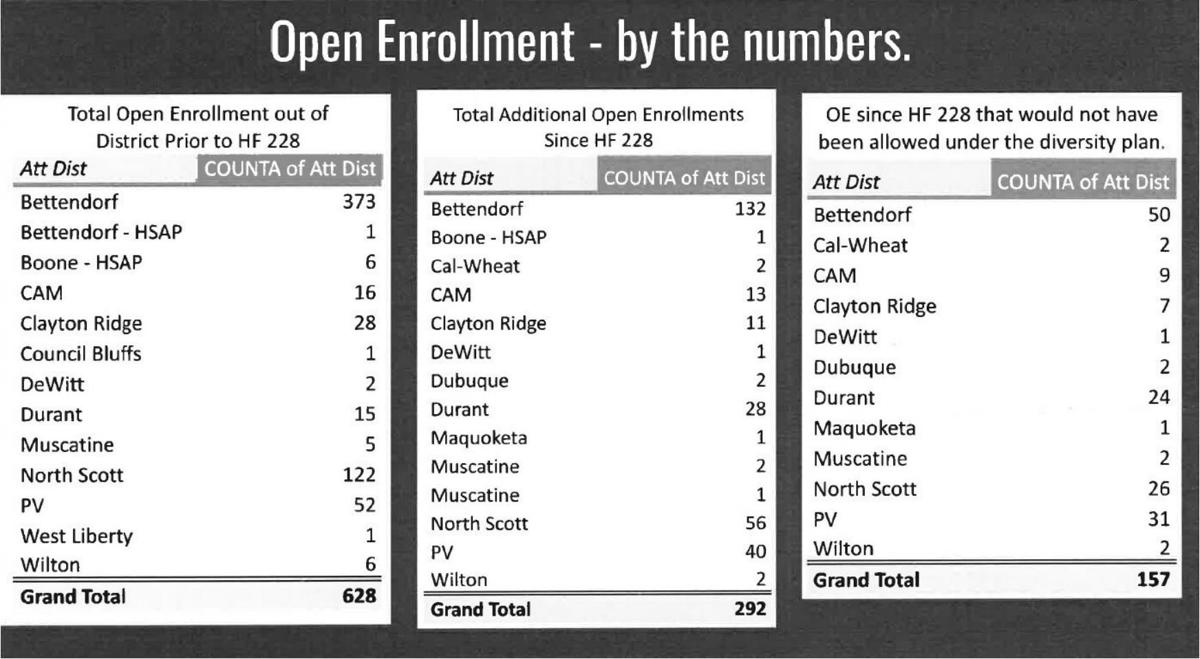 The diversity plans limited the number of students who could transfer to a different district with the intention of encouraging racial diversity, according to the Iowa Department of Education. Davenport, Des Moines, Postville, Waterloo and West Liberty were the only districts in Iowa with diversity plans.

There have been 157 Davenport students who transferred since the change in the law who would not have been able to do so had the diversity plan remained in place, according to a report presented Monday to the Davenport school board. Of these, 107 have transferred to the Bettendorf, Pleasant Valley or North Scott community school districts.

Most of the local transfers, 50, have been to Bettendorf, according to the report, which was recorded and is available on the district’s YouTube page. Pleasant Valley was next with 31, then North Scott, which has received 26 transfers.

At the Monday board meeting, Martin Schiltz, the Davenport schools staffer who gave the report, said that, in at least some cases, the neighboring districts could not accept more transfers from Davenport.

The Bettendorf district had reported that its middle school was full, Schiltz said.

“They are not accepting any more middle school applications,” he said.

There will be a point, Schiltz said, where there will not be space in the other districts.

“But the only one that I’m aware of right now is Bettendorf and I believe Pleasant Valley has indicated to us that they are very near full capacity as well,” Schiltz said.

Should there be a transfer involving a special education student who required a high-need program, it might cause issues, but in general North Scott was not at capacity at any grade level as of Wednesday, Superintendent Joe Stutting said.

The Bettendorf and Pleasant Valley districts had not yet provided comments as of Wednesday afternoon.

Of the remaining 50 transfers, the Durant Community School District got 24, the report states.

The remainder were scattered in small numbers to various other districts, including the DeWitt Public Schools and the Muscatine, Maquoketa and Dubuque community school districts. The largest number of these latter transfers, nine, went to CAM Community Schools, the report states.

“Each one of these students, it’s roughly $7,500 give or take that those students, when they leave, they take that money with them out of the district,” Schiltz said Monday night.

A state study indicated that the new law could cost Davenport schools about $783,000. During a forum in February, TJ Schneckloth, the district superintendent, said the study’s estimated monetary impact might be low.

The district was still trying to assess the overall impact the transfers would have on its operations, he said Monday.

Coverage of the Davenport Community School District and open enrollment

A new state law that bars schools from denying students from enrolling in other public districts in order to maintain demographic diversity is already having a significant impact on some Iowa districts with large minority populations.

'Not the Iowa I know.' Gubernatorial candidate hopes to build a more inclusive Iowa