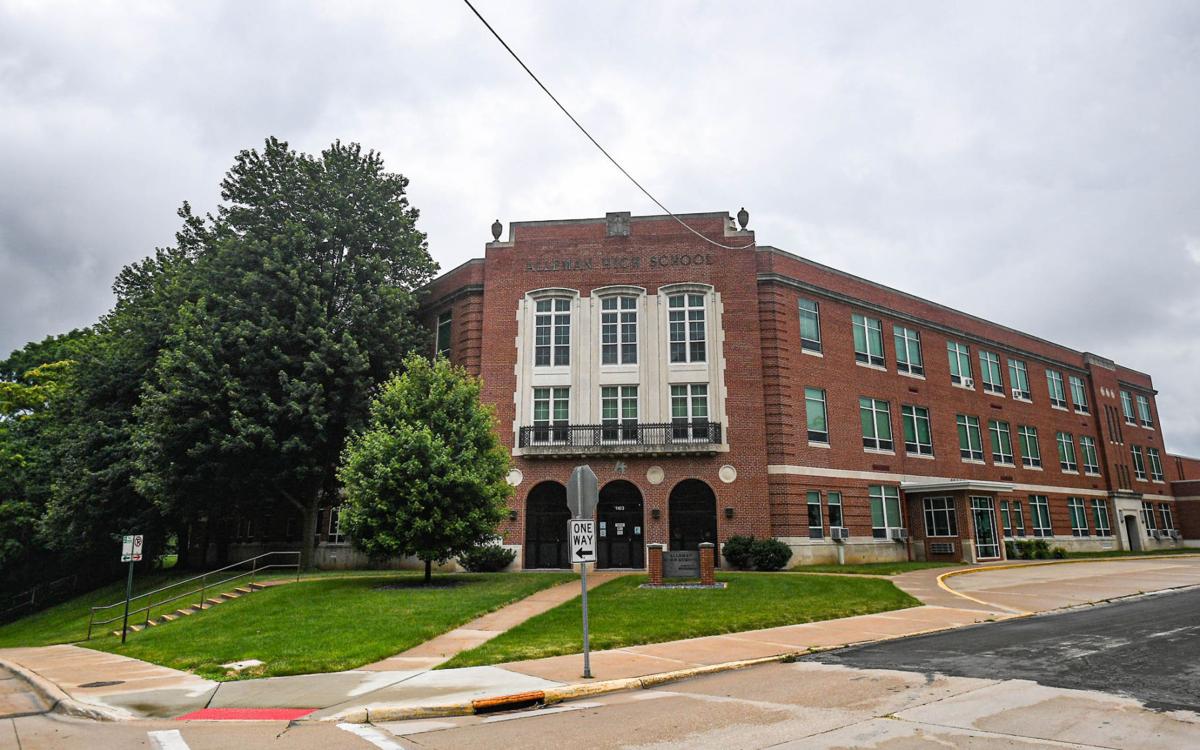 Parents are taking to social media to express concerns about the direction of education at Alleman High School in Rock Island. 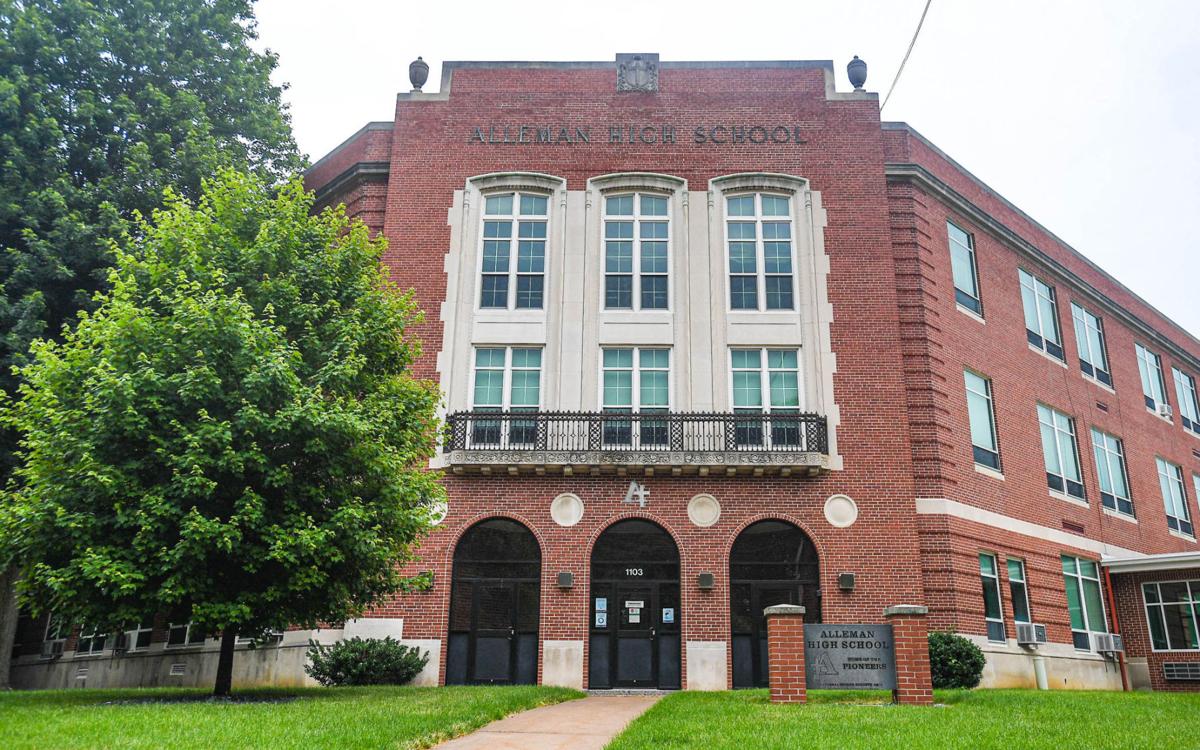 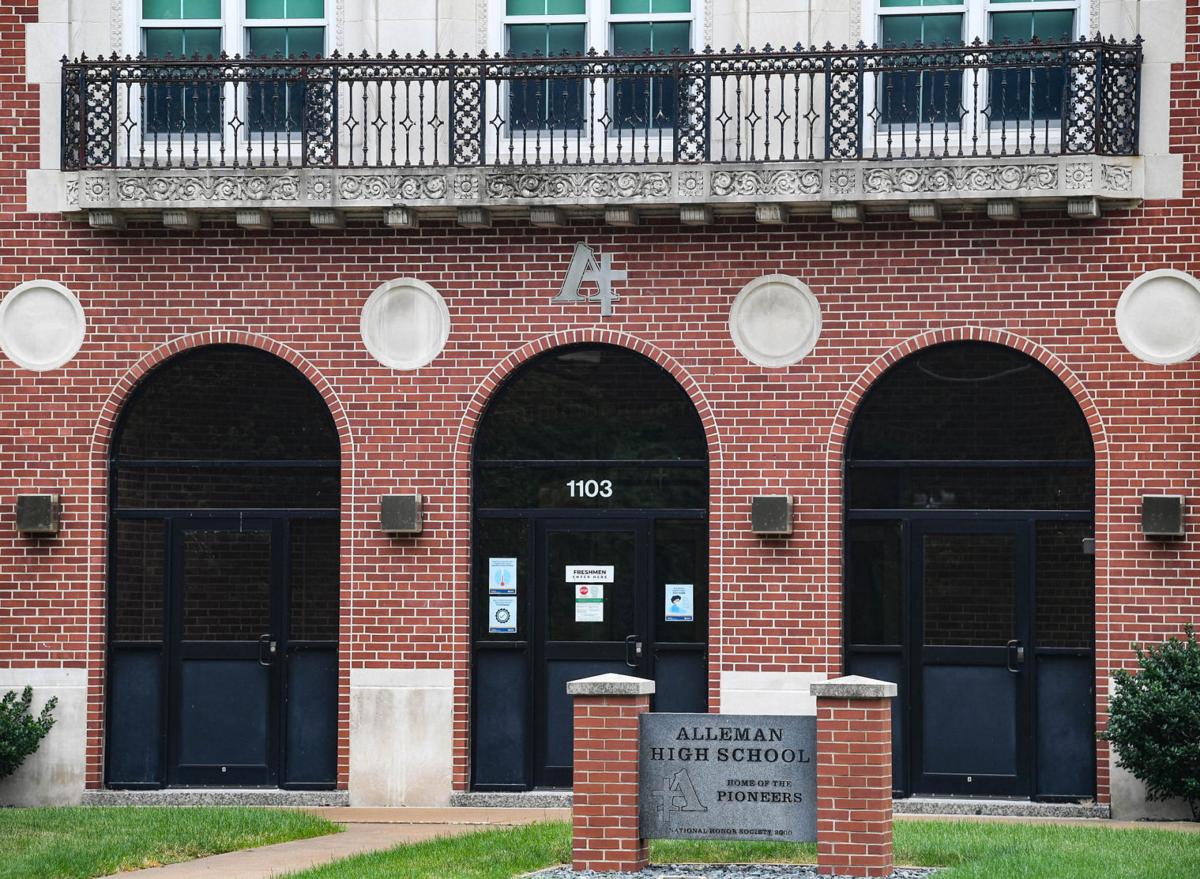 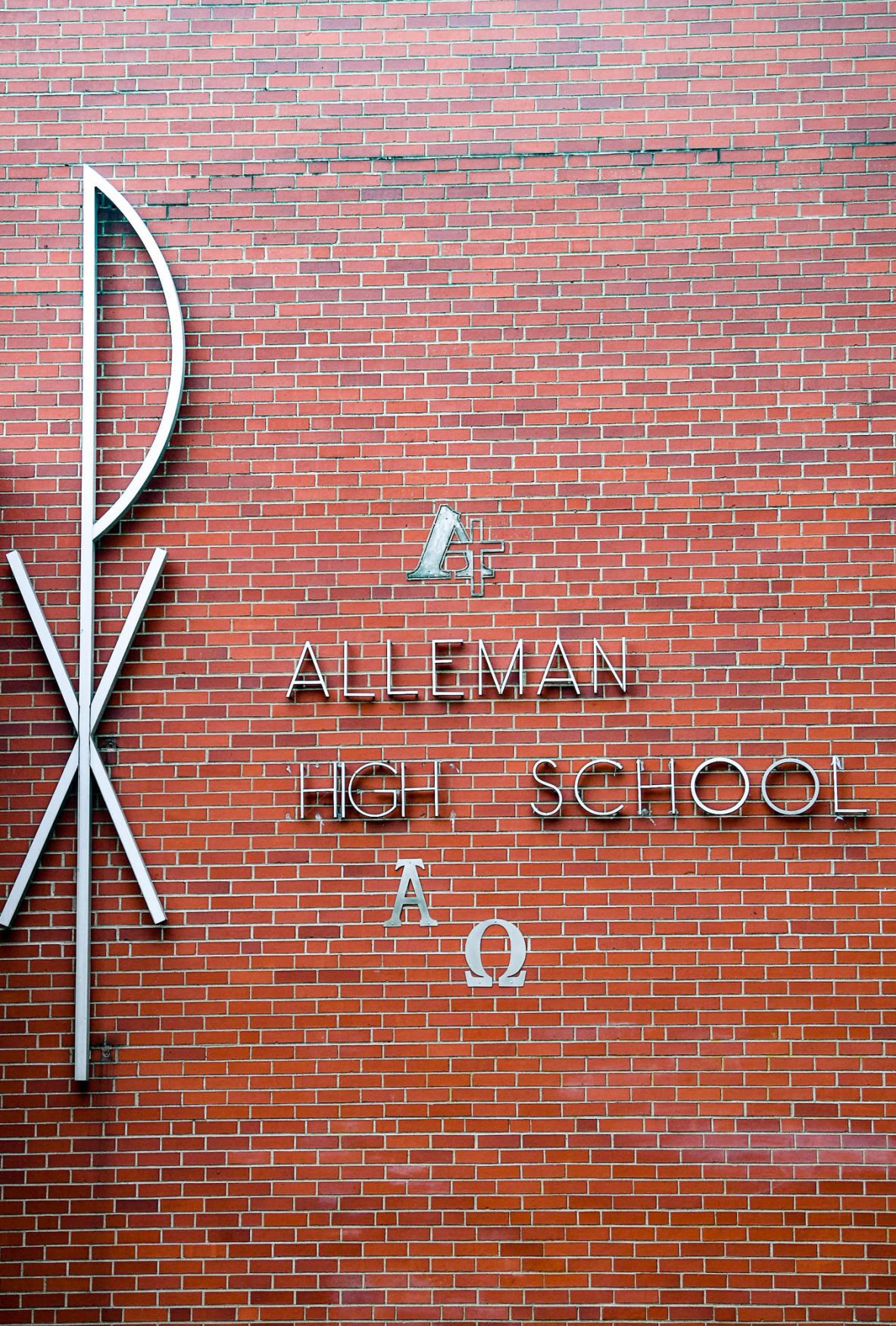 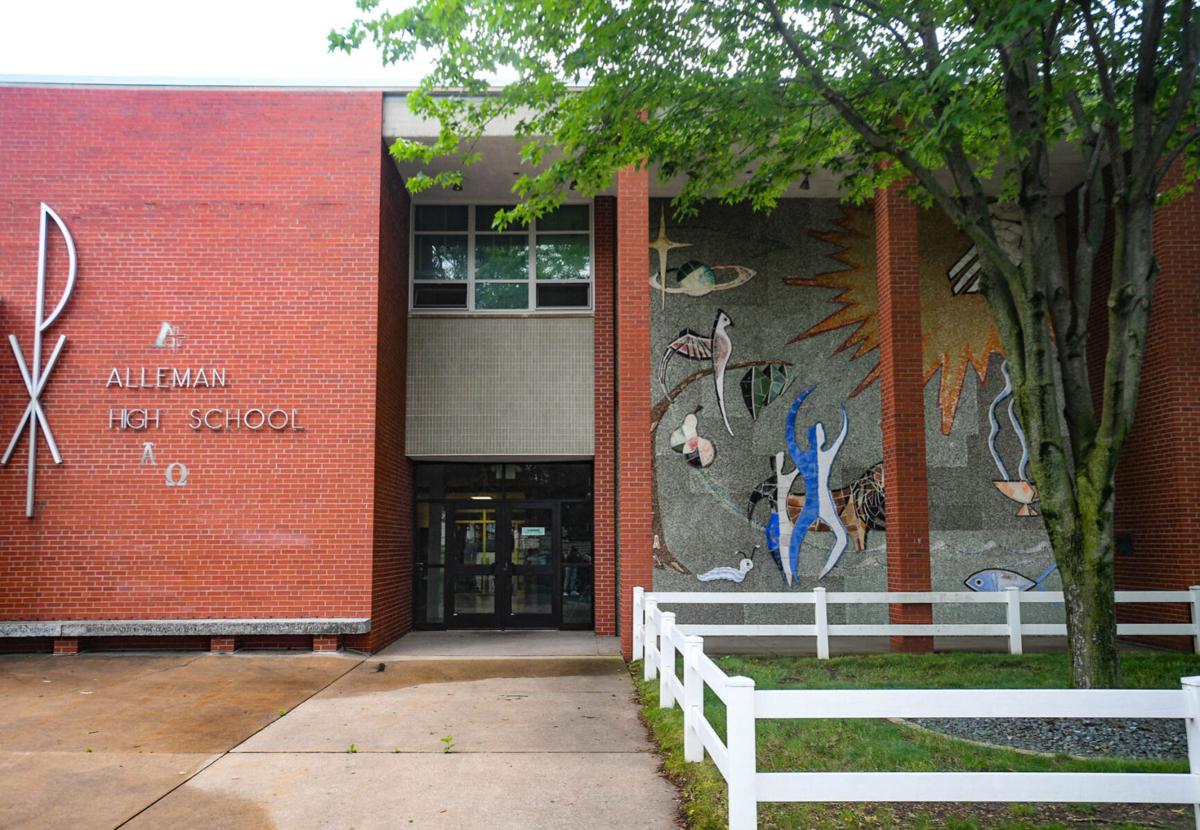 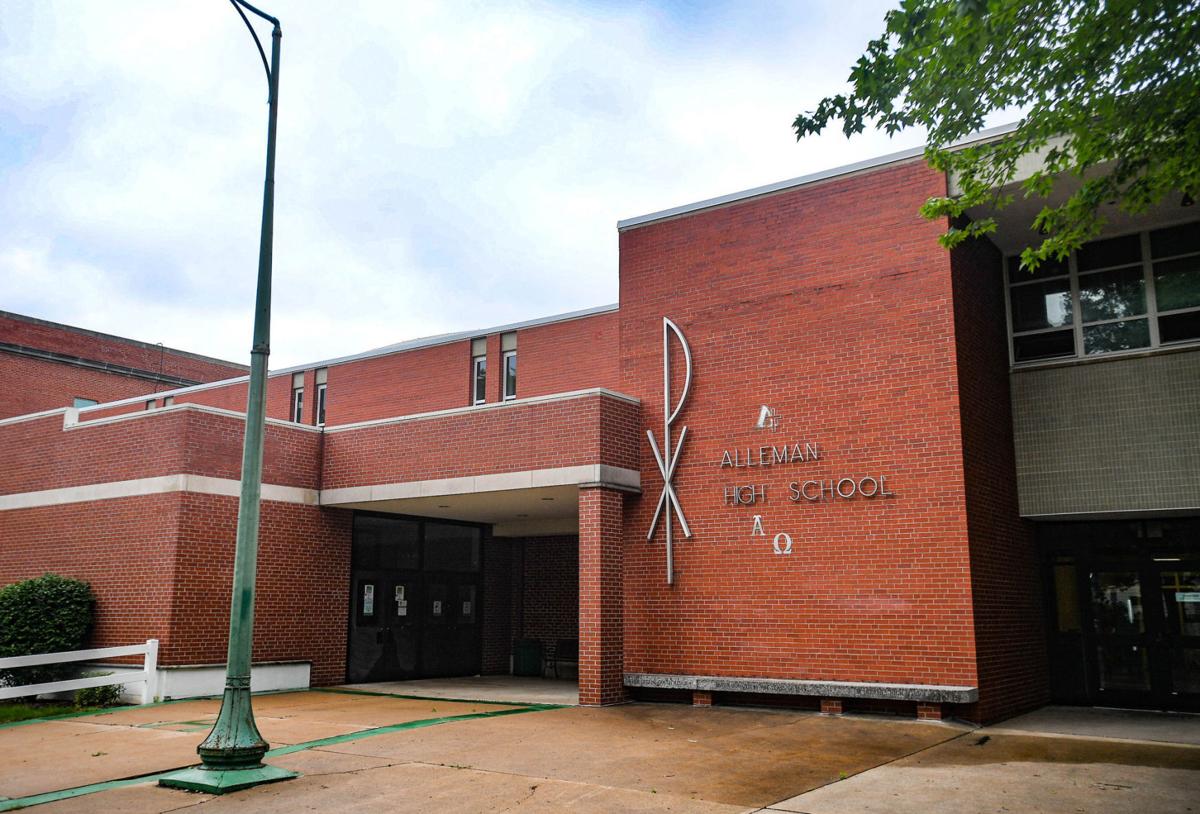 A pair of staff dismissals, teacher-certification shortages and declining enrollment are creating a climate of concern at Alleman High School in Rock Island.

Some Alleman parents and alumni are rallying behind former business manager Dave DeJaegher, who reportedly was asked to resign recently after 35 years with the Catholic school. Support is coming in the way of social-media posts and letters to the diocese listing concerns about declining enrollment and Alleman's future.

Chris Lambrecht, who worked the past several years alongside DeJaegher and Father Daniel Mirabelli in the school's development office, also was removed from duty. She was dismissed for sharing via text message one of the social media posts.

The first post began with an explanation: "Out of fear of retribution from Mrs. Sara Stroud (per her behavior to date) we will simply share what we know as a group and not as individuals at this time."

Stroud is Alleman's principal, entering her third year with the school. She did not respond this week to requests for comment.

"Over the past couple of years Mrs. Stroud has preached a lot about being Christ-like. It’s been hard to miss. If the tact and circumstances of the dismissal of Dave DeJaegher are an indication of her idea of being Christian or Christ-like, we’re not interested in an environment like this for our children," the parents wrote.

"Unfortunately we are dealing with an individual who feels that all of her decisions are a reflection of God’s will and what God wants. Because of this it will be next to impossible to convince her that she is possibly in error in any way, ever. Any pushback against her or the administration will be seen by her as proof that she is doing God’s will and making difficult and necessary decisions. We are at an impasse."

It's not the first time Alleman parents have expressed concerns about the administration. In June of 2014, about 500 people rallied near the school to protest the no-explanation dismissal of Assistant Principal Michelle Gau. At that time, the school was under largely different leadership.

Many of those unsettled by more removals and departures of long-admired staff say DeJaegher is merely the latest vehicle by which diocesan leadership is exacting its influence.

Several former staffers and Alleman alumni have referred to a refrain they say has been repeated for decades: Alleman isn't Catholic enough for Peoria.

Some see the arrivals of Stroud and Father Matthew Hoelscher, the chaplain, as an effort to make Alleman more conservative — in part by focusing more on religious teachings than on academics. The result, many parents worry, is that an Alleman education isn't what it used to be.

Pete Ivanic, an Alleman graduate, posted a widely shared letter of grievances to Facebook. He says it was at the request of a current Alleman family.

It contains most of the same concerns as the first post but elaborates on issues involving the school's increasing lack of certified teachers, minimal college-prep instruction and the loss of enrollment to Assumption High School in Davenport.

"Alleman only has two teachers that are certified to teach college-accredited courses, and students cannot attain even half of the college credits available at Assumption," the post says. "Alleman’s enrollment is dropping and will continue to drop as the community has already lost faith in this administration’s ability to lead. Families from every class at Alleman have committed to leave."

Enrollment at Alleman has decreased from 443 students in 2018-19 to 381 last year. Enrollment for the upcoming year is at 330 students.

The letter-writers also referred to the individual most closely associated with Alleman itself: Mirabelli.

"Father Mirabelli is the heart and face of Alleman. He deserves our respect and appreciation, and especially the respect of the administration. He is vital to Alleman’s fundraising.

"Father, at 89 years old and in the middle of a pandemic and a financially hurting community, was crucial to Alleman being able to raise over half a million dollars at the past two Heritage Balls. There are numerous accounts of individuals that wanted to pull donations due to the actions of the current administration but kept their donation simply because Father asked.

"This community gives because of Father. Despite this, the current Alleman administration appears to be pushing Father Mirabelli out the door by getting rid of those who stand behind him."

Mirabelli was asked in an email last week whether he would like to talk about what appears to be a serious situation at Alleman.

"I thank you for your email, but I am sorry; I do not wish to be interviewed," he replied. "Alleman is my love. I have spent my life at Alleman, and it is my hope and prayer that it continues to be a great school — reflecting the life of Jesus."

The opening of the school year for the Catholic schools in the Illinois Quad-Cities has been pushed back due to the extent of COVID-19’s presence in Rock Island County.

Parents are taking to social media to express concerns about the direction of education at Alleman High School in Rock Island.