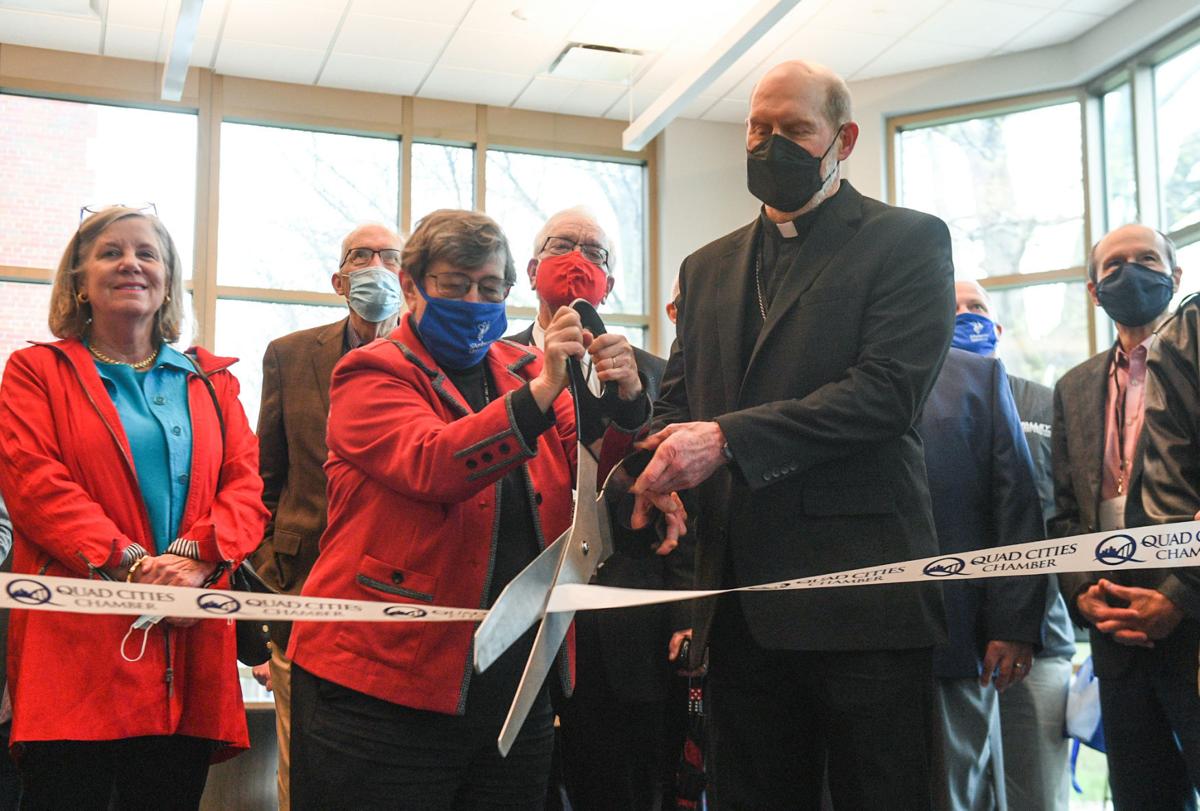 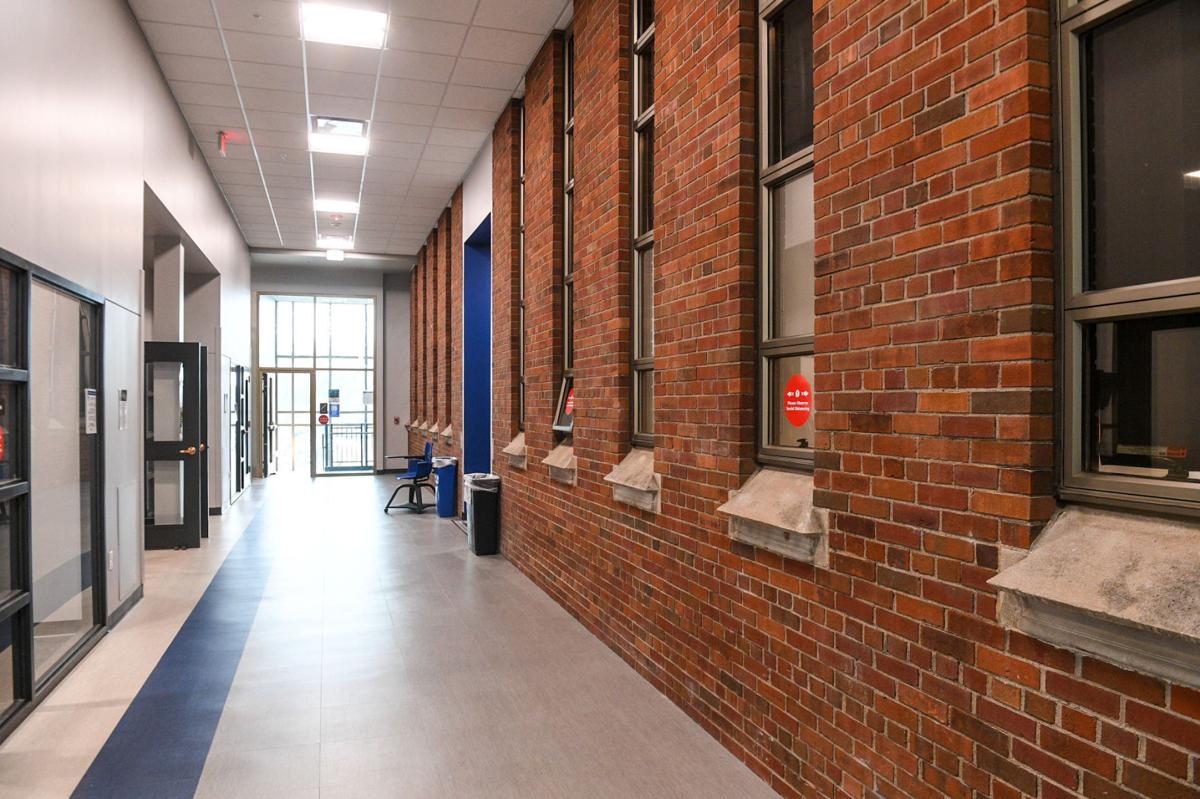 The original brick of the building is seen in the hallway of St. Ambrose University’s newly renovated McMullen Hall Atrium during a dedication in the building’s honor Thursday in Davenport. 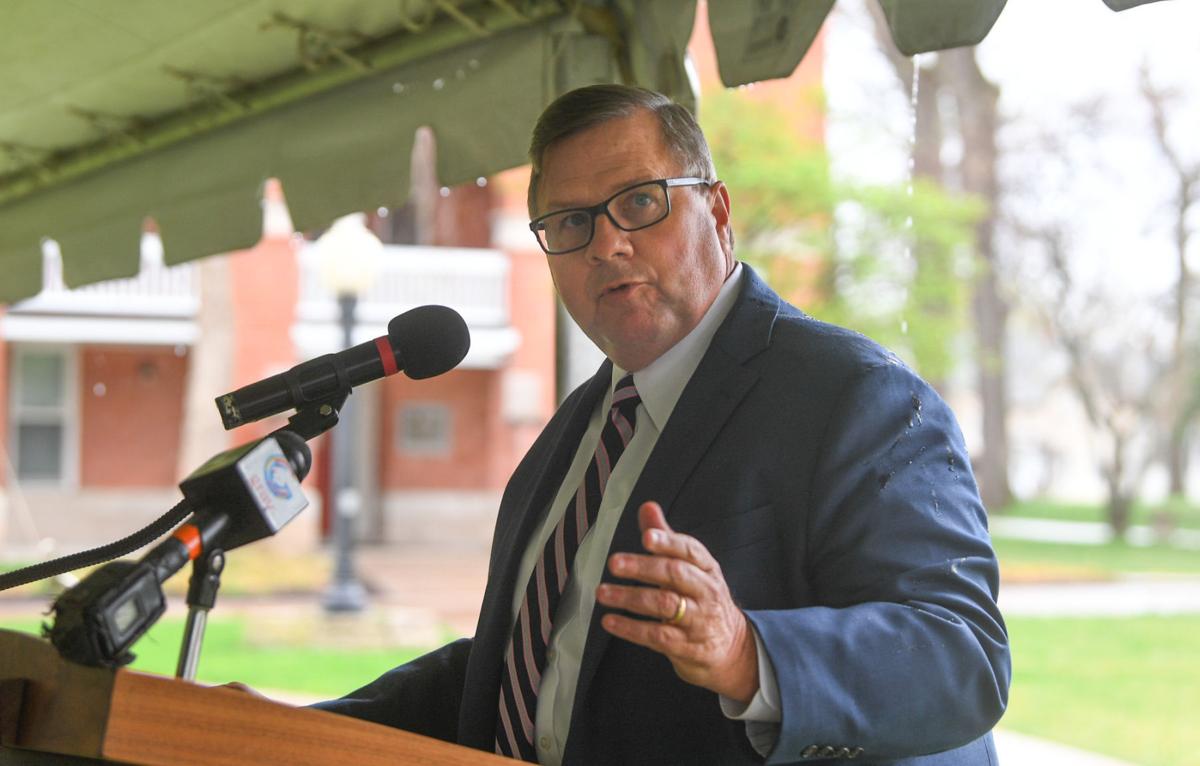 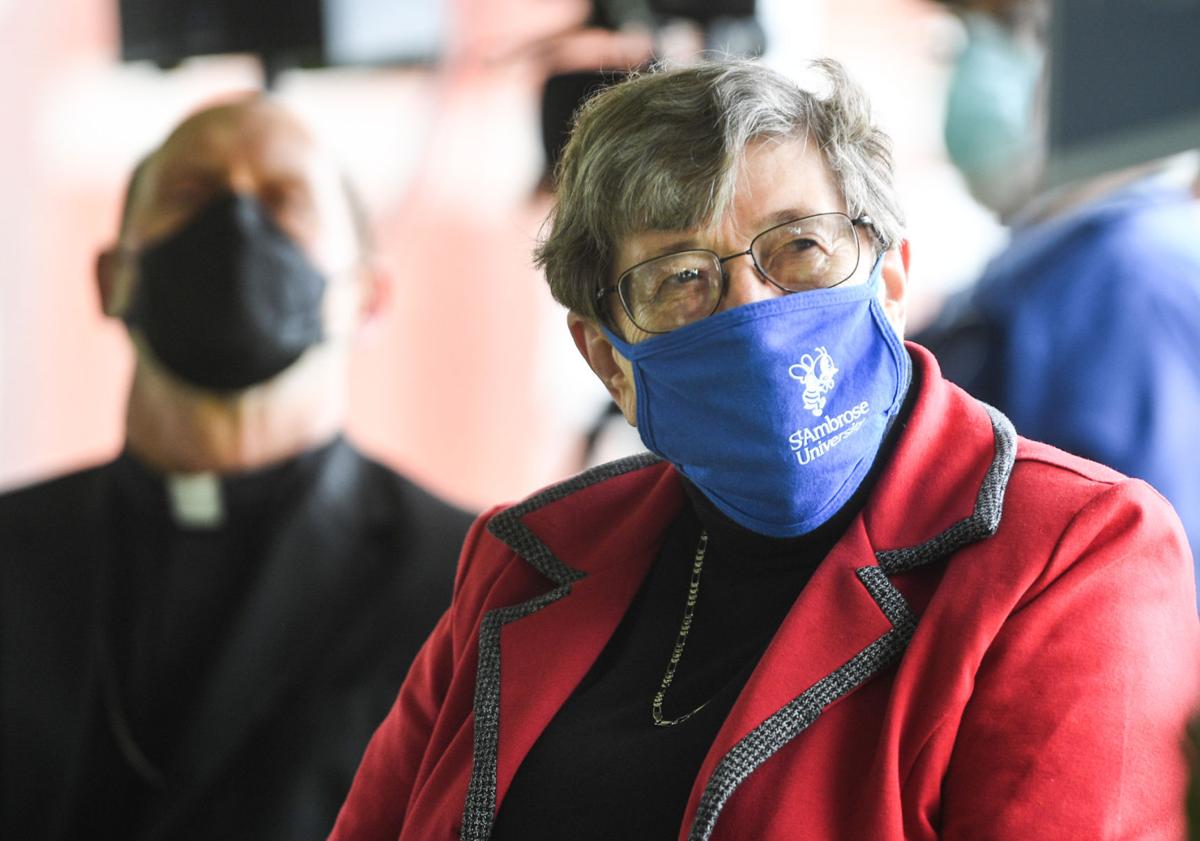 The building, originally a library, is the new home of St. Ambrose’s College of Business, which began operating from it in August. Before the move, the building was remodeled and expanded at a cost of $8.6 million.

Sister Joan Lescinski, SAU’s president, said Thursday that the university reimagined its business college to respond to the needs of 21st century employers.

“This is an exciting venture for us because we know that today students learn in a different way from the way they learned in the past,” she said.

For the most part, they don’t learn from lectures, she said.

“They learn from active learning, from working together in small groups with their instructors,” she said. “They work together in teams, and we know that this prepares them well to go out into the business world.”

Undergraduate offerings through the college of business range from accounting to human resources management, and there are also master’s degrees and a Doctor of Business Administration, according to the SAU website.

Many of McMullen’s new class spaces are designed to allow for collaboration among students — with spaces for small-group work and brainstorming as well as more traditional lecture-hall classrooms.

In total, there are six classrooms, six of the “break-out” rooms, an auditorium-style lecture hall and a variety of laboratories, including sales, finance and computer.

These spaces are incorporated into a total of 37,992 square feet, of which nearly 16,000 is the new addition, the university said. The remodeling included nearly 8,000 square feet of major work and thousands more of minor remodeling.

The work was completed in the summer of 2020. The design was by Greg Gowey of Studio 483 Architects in Davenport. Bush Construction was the general contractor.

The building — with its brick, mortar and steel — was not what the day was really about, Jim Field, a member of the St. Ambrose board of trustees, said during Thursday’s dedication. Instead, it’s about the opportunities available to the students who attend class in McMullen.

Inside that building, those students will receive much of their technical training and knowledge development in the college’s many programs.

“Today is, in fact, all about opportunity," Field said.

Employers are sold on graduates of the St. Ambrose University Bachelor of Arts in Healthcare and Business Sales degree programs.

St. Ambrose University said the university has changed in the time that Sister Joan Lescinski has been president. On Tuesday, she announced he…

The steel is up, and an expansion of St. Ambrose University's McMullen Hall is under way that will give a central home to the Ambrose College …

In an effort to improve accessibility, the St. Ambrose University College of Business is lowering the tuition costs for two of its graduate pr…

The original brick of the building is seen in the hallway of St. Ambrose University’s newly renovated McMullen Hall Atrium during a dedication in the building’s honor Thursday in Davenport.