Subscribe
Read Today's E-Edition
Share This
St. Ambrose University will be the first in the state to launch a virtual reality campus, or, “metaversity”
0 Comments
Share this
Olivia Allen

St. Ambrose University will be the first institution in Iowa to boast a virtual-reality campus, or "metaversity."

"I think it's in the DNA of St. Ambrose. They've been the first in many areas," Dr. Amy Novak, university president, said. "It's really exciting, as we think about our future, to be on the cutting edge of what we're learning about how the brain works and how students are engaging. When you go into the virtual reality universe, you can suddenly see and experience something with all of your senses, not just what you see on a PowerPoint. It's captivating and compelling me in a way that I think will really strengthen student learning in the long run."

Metaversities are digital, "twin" recreations of a college or university campus through virtual and augmented reality technology. Metaversity campuses can be both synchronous and asynchronous, and classroom content can be taught live by a professor or recorded and saved for students to access later.

St. Ambrose will begin integrating metaversity learning in classrooms this fall. Novak said a full-scale metaversity campus was likely still a year out.

The university initially looked into metaversity technology as part of its strategic planning process. A key category within its strategic plan is called "learning reimagined," which explores what the next generation of higher-education learning could look like.

"For generations, we've had a certain way of teaching. Young people and adult learners, coming through the pandemic, have helped us see that we can think about learning and teaching in different ways," Novak said. "We've explored ways students are learning and engaging, and we're seeing the integration of virtual and augmented realities as tools to enhance workplace performance."

Another catalyst happened after Ambrose hosted an "Innovation Summit" in April.

"One of the trends that emerged was how we integrate technology more intentionally into learning," Novak said. "It became really clear to us that we needed to explore, in more detail, how to do that in our classrooms as well."

St. Ambrose is renovating an old campus gymnasium into what will become the "Higgins Hall of Innovation and Human-Centered Design," scheduled to open in January of 2024.

"We're equipping it for this kind of technological learning that we know will be part of how we educate people for the future," Novak said.

Though she expects that scientific fields to make the most use of metaversity learning, Novak said faculty from 14 different disciplines on campus have tested the VR equipment to envision how the technology could impact their departments.

"Our faculty are excited about this," she said. "I'm excited to engage with programmers and developers to see what can sprout from this. One question I've asked with leaders involved is, 'Is there a particular discipline that's more or less suited for this?' And the answer has been that it's not so much the discipline, it's about whether the faculty can envision and embrace this different way of learning."

"I think it affirms our trajectory as a very innovative institution, looking at new approaches for how students learn and new pathways for them to explore," she said. "At the end of the day, my hope is that students simply get more fired up for learning. We know that someone who graduates from college with that mindset will ultimately be a stronger citizen and make better contributions in their community — the outcomes of that pay dividends for a lifetime."

VictoryXR, a company based in Davenport, piloted the metaversity technology. CEO and co-founder Steve Grubbs is excited to see the first Iowa metaversity in the company's home community.

"We were very fortunate that President Novak is a forward-thinking educator," Grubbs said. "I think St. Ambrose is going to be one of the leading private colleges in the United States for remote, metaversity learning."

Grubbs said the metaversity would allow students from across the country to attend interactive labs, classes or lectures with their peers and professors as if they were together in real life.

"They might be hundreds of miles apart," Grubbs said. "But, on the metaversity campus, they're 12 inches apart."

He used a cadaver lab as an example of the unique, immersive and hands-on experiences that metaversity learning provides.

"You're all standing around a table together, and your professor pulls out a human heart and hands it to the student next to her. That student can take it and learn about it," Grubbs said. "They can hand it to the student next to them, who could expand the heart until it's 8 feet tall, then step inside of it to examine the ventricles and cavities. This is why it's a superior learning experience to the real world."

VictoryXR launched in 2016, offering single-user VR experiences. In 2019, they expanded their technology to synchronous, group settings — later releasing the first metaversity demo. They began collaborating with colleges and universities during the pandemic. Morehouse College in Atlanta was the first institution to pilot the metaversity through VictoryXR. After the success at Morehouse, Meta partnered with VictoryXR to provide grants to expand the reach of metaversity learning.

Grubbs is optimistic about the future of metaversity learning.

"I'm sure that within the next five to seven years, every college and university in the U.S. will have a metaversity at one level or another," he said. "The bottom line is that metaversity learning will achieve two goals: Students will love to learn, and it will make learning more affordable. These two outcomes are worth all the effort we put into it."

Lead pipes are known to be harmful, especially to babies and children. 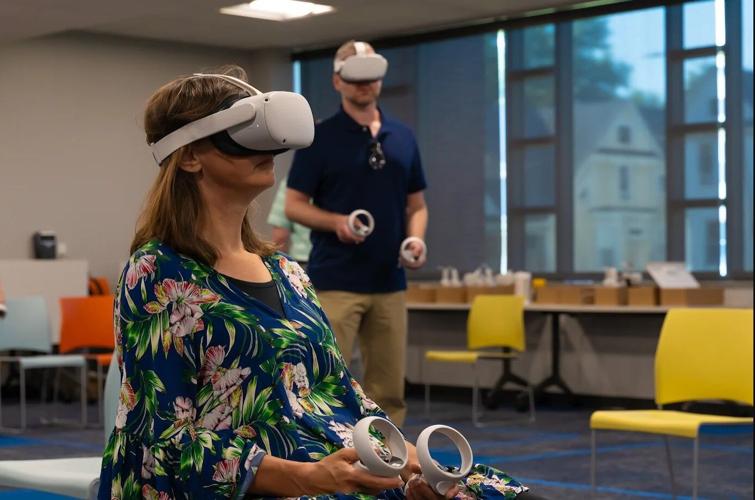 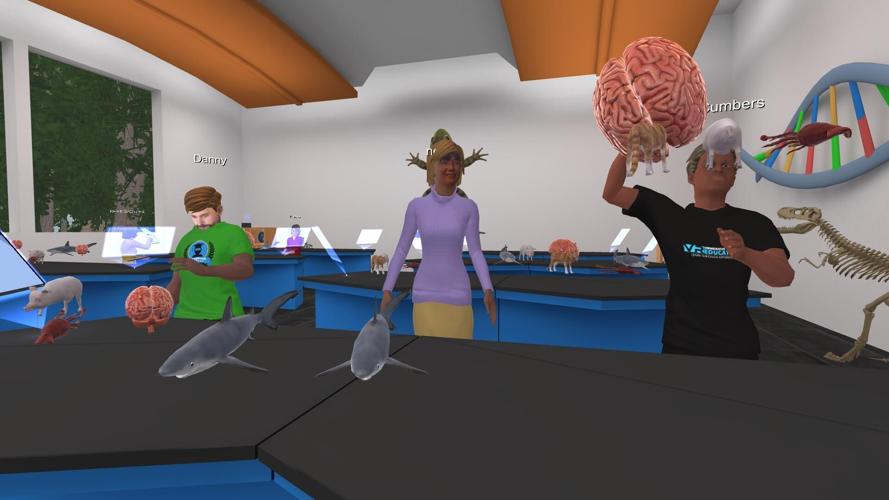