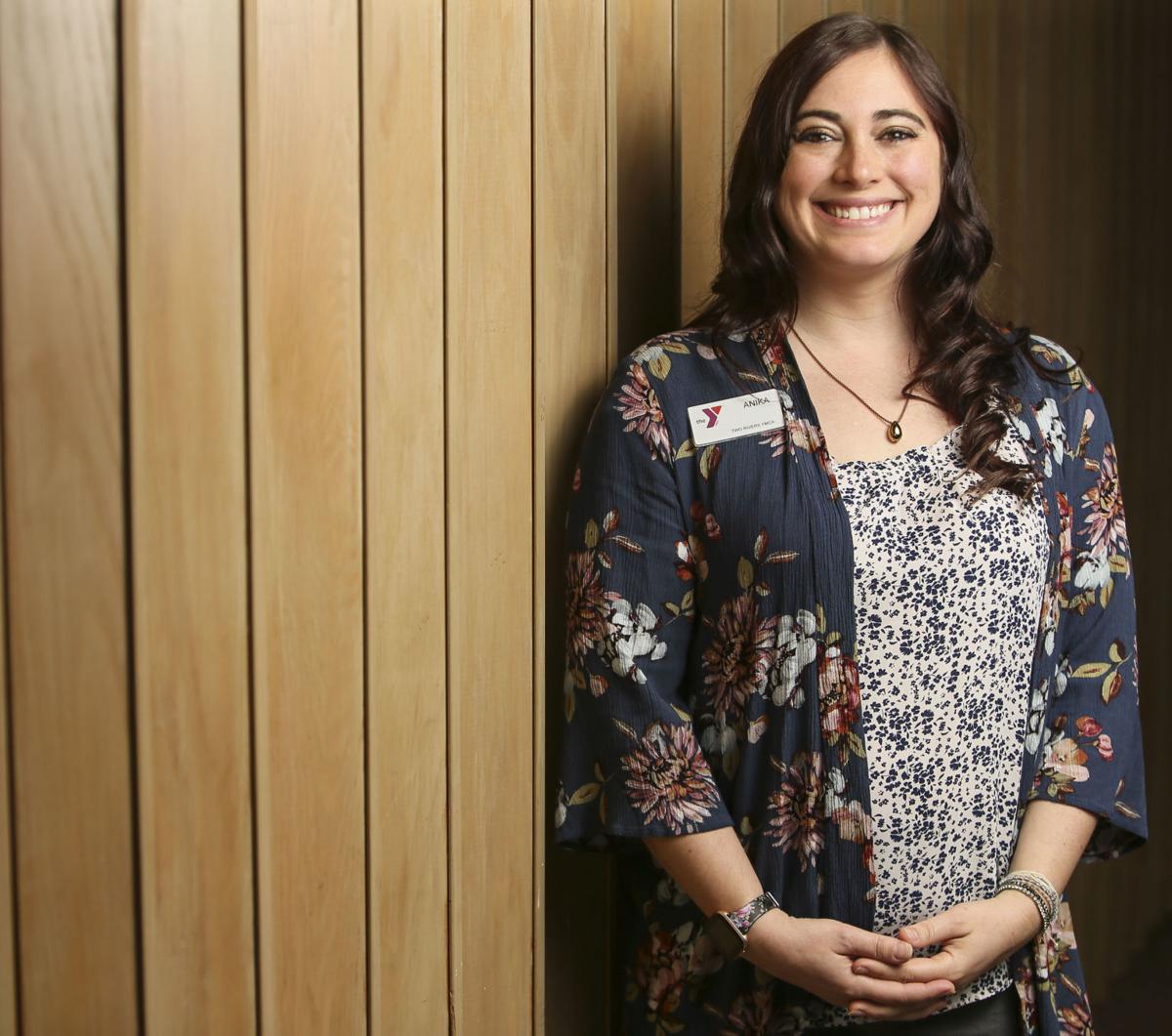 Community Relations Director Anika Martin is the office lead for board and community relations at Two Rivers YMCA in Moline. 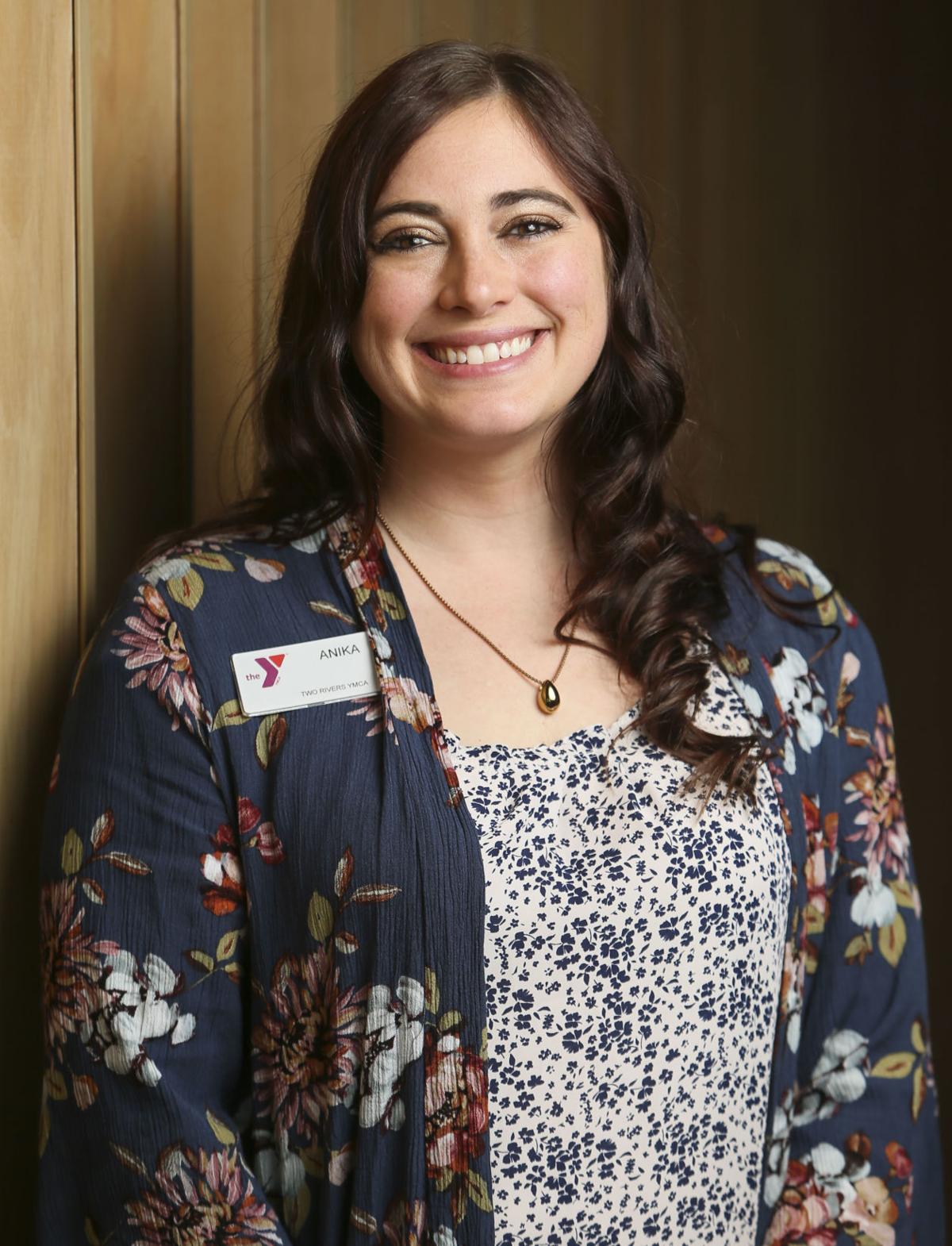 Community Relations Director, Anika is the office lead for Board and community relations at Two Rivers YMCA in Moline, poses for a portrait, Monday, April 26, 2021.

The Two Rivers YMCA is helping Quad-Cities children improve their reading, but says it is something anyone can help do.

The YMCA is one of several groups and organizations working with the United Way to develop programming to address early literacy in the Quad-Cities.

“It’s incredibly important because we need to make sure that all children are prepared and ready to be as successful as possible," said Anika Martin, a spokeswoman for the YMCA.

The Two Rivers YMCA will be one of four groups participating in a "Shark Tank" style event this Saturday, broadcast live on KWQC. Part of the Together for Tomorrow program, organized by The United Way, the YMCA and three other participants will pitch their ideas in front of a panel of judges and compete for $100,000 of funding to make their ideas a reality.

The United Way, KWQC and the Quad-City Times are sponsoring the event, called "The Pitch," which will air on KWQC from 7-8 p.m. on Saturday, May 8.

Each of the pitches are centered on innovative ways to help improve literacy among Quad-Cities children, especially minority children, who aren't entering third grade with a normal reading level at the same rates that other children are.

Improving reading skills among young Quad-Citians is a project in which the YMCA is already active, Martin said. Two Rivers’ efforts include a preschool program that is helpful with early education and its summer camp that addresses the summer learning loss.

“We’ve been working on literacy for quite awhile,” Martin said.

Jeff Cornelius, Two Rivers’ program executive and senior director of youth development, said there is a lot of research indicating that having grade-level reading proficiency by the third grade is a very strong predictor of long-term educational success then professional success.

The Iowa Department of Education states on its website that literacy is important in all grades, but describes third grade proficiency as a transition from “learning to read” to “reading to learn.”

“That’s what we do each and every summer with the school districts is trying to identify and working with those kids who are struggling to get up to grade-level reading because you kind of get to a point where if you don’t pass the bar by a certain period, it’s so difficult to catch up,” Cornelius said of Two Rivers, the United Way and other groups’ efforts.

Helping young children improve their reading is something everyone can do.

“Take interest in a child in your life and their reading,” Martin said.

Her son is in fifth grade and he had a book that he loved that he handed to her and asked her to read it so they could talk about it.

“I did and it was great because we could share that love of literacy together, so I’d say take interest in any of the kids in your life and encourage them to love reading in a fun way,” Martin said.

The YMCA provides other offerings meant to improve mental, physical and spiritual health for people of all ages in the Illinois Quad-Cities. Its themes are youth development, healthy living and social responsibility. The Y’s mission says “For All.”

“Everyone is welcome at the Y regardless of any barriers,” Martin said. “We have income-based pricing, so anyone can have a membership, regardless of their ability to pay.”

Health and wellness offerings include a gym, pool and fitness programs.

Its youth programs also include collaborations with school districts to provide childcare services, including providing healthy snacks, and before-school programs and after-school programs.

The Pitch: About the show

A team of judges will decide how to allocate the prize money, but viewers can vote for their favorite, too.

Olympians past & present reflect on Tokyo 2021

Olympians past & present reflect on Tokyo 2021

The Two Rivers YMCA is expanding a childcare program, offering services during the school day at two locations in the Illinois Quad-Cities wit…

LeClaire Community Library is offering a new format for Storytime, called “Storytime in a Bag.”

Issue makes up second of four pillars of anti-racism agenda

Love Girls Magazine, a publication devoted to supporting young women, will be one of four groups participating in a "Shark Tank" style event this Saturday, broadcast live on KWQC.

'We can't do the same things and expect different results.' United Way unveils 10-year blueprint to improve education, income and health in Quad-Cities

Christina Conklin and Misi Birdsall, from the Moline Library and Project Now Head Start, were the big winners when four Quad-Cities nonprofits…

Community Relations Director Anika Martin is the office lead for board and community relations at Two Rivers YMCA in Moline.

Community Relations Director, Anika is the office lead for Board and community relations at Two Rivers YMCA in Moline, poses for a portrait, Monday, April 26, 2021.