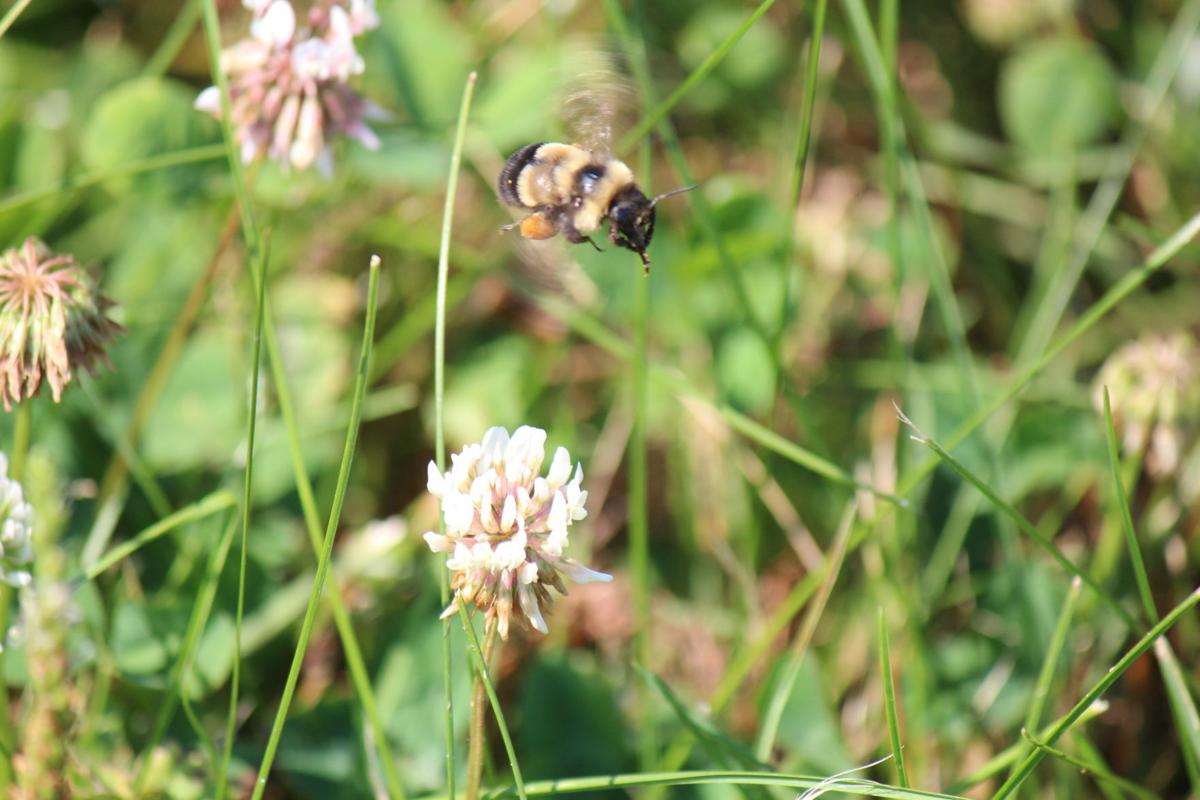 This photo taken by Amy Loving, director of education at Nahant Marsh Education Center, was snapped July 6 and then sent to experts who validated it as the federally endangered rusty patched bumble bee. Another of the endangered bees was spotted at Illiniwek Forest Preserve on Sunday. 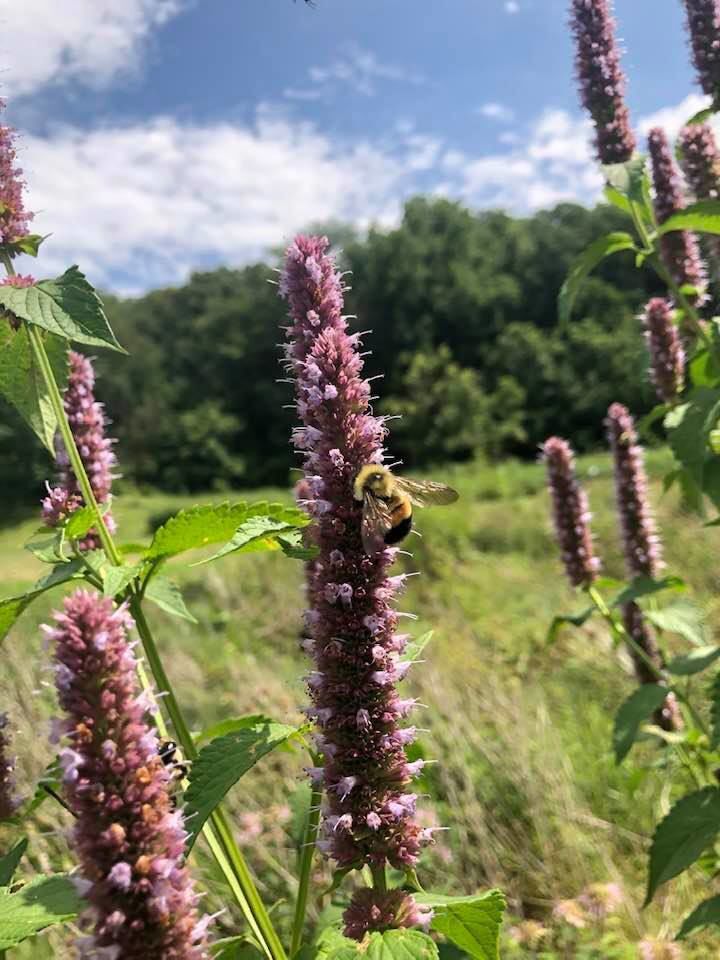 The sighting was confirmed by Isaac Stewart, assistant professor of biology at Black Hawk College.

“I was out walking my dog and happened to see this bee that looked awfully unusual,” said park ranger Mike Peterson, in a news release. “I sent a picture of it to Isaac and he came out the next day and identified 10 female and 3 male Rusty Patched Bumble Bees in under an hour. We are beyond excited that our prairie restoration efforts are paying off in such a big way.”

The Hampton, Illinois, preserve is one of the few sites nationwide where the species has been confirmed. One was also confirmed at Nahant Marsh last month.

The species has declined by 96 percent in the last 20 years and is likely to be present in only 0.1% of its historical range, according to a release from the Rock Island Forest Preserve District. In 2017, the Rusty Patched Bumble Bee was the first bumble bee protected under the Endangered Species Act (ESA). Once common through the United States and Canada, today, the species is only found in fragmented populations of the Midwest.

“Remarkably, prairie once covered 60 percent of Illinois, but today only one percent of that land remains,” said Jeff Craver, Forest Preserve District director. “It is our organization’s goal to re-establish these habitat-rich lands, and to educate our visitors and citizens to do the same in their own backyards.”

“This is the best possible indicator that the prairie restorations the Forest Preserve District has been working on are paying off,” Stewart said. “Finding this new sighting is really important in our efforts of staving off the extinction of this species.”

Stewart has studied bumble bees since 2007, and since 2017 has surveyed the bee population in the parks and help monitor an increase in diversity. On the same day Stewart spotted the Rusty Patched Bumble Bee, he also made a confirmed sighting of another threatened bee species, the bombus pensylvanicus or American Bumblebee, the release said.

“We’re definitely seeing an increase in diversity in the bee population,” said Stewart. “In doing this, we’ve also created habitat for other species that aren’t as well studied, charismatic and well understood. It’s very, very exciting to see the efforts paying off.”

The district recommends taking a photo if you think you've spotted a Rusty Patched Bumble Bee, and share it with an expert for confirmation at websites like www.bumblebeewatch.org. They warn people not to capture, touch or disturb the bee.

Rock Island County farmer and businessman Steve Bush, 57, who took the landscaping business that he and his wife, Julie, started in the 1980s …

This photo taken by Amy Loving, director of education at Nahant Marsh Education Center, was snapped July 6 and then sent to experts who validated it as the federally endangered rusty patched bumble bee. Another of the endangered bees was spotted at Illiniwek Forest Preserve on Sunday.