Subscribe
Read Today's E-Edition
Share This
Everyday People: 'My life didn't start when Corey Martin and I finally got together. And it didn't end when he was killed. But in between those times, I loved him very much.'
0 Comments
Share this
Tom Loewy

Twenty-two years old and determined to find some way, Hailey held a heart pendant between the thumb and index finger of her right hand Thursday afternoon in Davenport's Peterson Park. She still said nothing.

The air had grown hot, even under the shade of the park's lone picnic-table shelter. The cheeks of her not-yet 3-year-old daughter, Yeliah, were flush from the heat — and still the curly haired child took off running for the park's concrete basketball court.

"I've got to go get her," Hailey said. A faint smile played on her lips as she watched her child run just a little farther from mother.

"It's time to go," Hailey added. "I guess I can tell you this: My life didn't start when Corey Martin and I finally got together. And it didn't end when he was killed. But in between those times, I loved him very much."

Corey Martin was shot and killed Feb. 28 in the parking lot of GD Express. Demetrius Ray Howard Jr., of Davenport, is accused of shooting Martin after they scuffled inside the gas station and convenience store at 4607 N. Pine St.

The time and place and reason for the killing didn't matter to the woman in the little park nestled between West Dover Court and West Central Park Avenue. The words to describe his absence ran away, too, farther than any testing-the-limits child.

Hailey walked toward her daughter. Yeliah looked at a backboard, knees bent and arms extended as if she knew the game. The child's mother paused one more time, still searching.

"There are days when I'm here. Right here," she said. "And then there are times when it's like I'm outside myself. It's hard to describe it.

Rewind to before Hailey tried to find words for life after Corey, back to the moments after Hailey and Yeliah walked down the slope from West Dover Court and into the westside park. They carried plastic water bottles, and the little girl let loose a barely contained squeal of joy as they approached the shelter.

"Yeliah loves coming here," Hailey explained. "It's close to home, and every time we get in the car I think she hopes we are coming here."

The mother watched as her daughter climbed up the jungle gym's plastic slide.

"I work hard," she said of her job as a server at Red Lobster. "I try to work a lot. My mother worked as a server, too. She had me one day after her 17th birthday.

"I was the oldest of four girls. We mostly grew up on the west end — 6th Street. I ended up going to (Davenport) North, though, because my mom moved. You know, the people out there — it was the first time I realized people had things. Like, really nice things. I think, for a little while, I had a chip on my shoulder about that."

Hailey checked on her child, then returned to the words.

"Being 22? It's a journey, right? Everyone in my high school class is graduating from college," she said. "There are times, honestly, I regret having a baby. It's not regret, really. I love my daughter and she's my life. I love her.

"But there are times when you think about the choices, I guess. I think sometimes I feel guilty about that. About being a young mother and worrying you won't be able to raise your daughter in some place without so much worry."

Hailey called her daughter over for a drink of water. The curly haired girl didn't stay long.

"I've always worked. I started at 16 at Hy-Vee, and then I went to KFC, where I worked the drive-thru window. I loved meeting people and talking. That's when I decided to become a server. And now I'm at Red Lobster."

Hailey paused before the reveal. She twisted the cap from the water bottle in her hands, weighing the next words.

"I'm studying real estate online. It's something I really like. I break it down like this: Real estate is about people and numbers. I like both of those things, and I'm determined to be good at it."

"I was the first person in my family to graduate from high school. I have a wonderful child. And I will work for her and for me and for our future."

The next pause lingered. A few children joined Yeliah on the jungle gym. Her mother counted heads and found the curly haired child.

"I had known Corey since I was 16," Hailey said in a quiet tone. "Then we met again after he started working at Red Lobster.

"We started hanging out and spending time together. He worked, you know. He had this house, and he worked hard. It's not about things. It was that he was taking responsibility. He even started the real estate course with me."

Hailey tried to laugh to cover the tears gathered in the bottom of her eyes.

"We helped each other focus. We wanted better. We both saved money," Hailey said. "It's still hard to explain. I am a religious person again because of Corey. He didn't make me pray or anything like that. He just lived it, and every time we would pray he would take my hands and hold them. We had a very deep connection."

Hailey reached the moment just before the last silence, before it was time to chase down the curly haired girl posed on the basketball court, and before she spoke of love. She stood up from the picnic table in the shade of the shelter and gently held the pendant hanging from the chain on her neck.

"Corey's mom gave me this," she explained. "It has a little bit of his ashes inside.

"I'm going to get out of this place. But I'll have a little bit of him with me. Always."

Party in the Park in Davenport

The biggest star in our galaxy is about to die, here's what that means for Earth

The biggest star in our galaxy is about to die, here's what that means for Earth 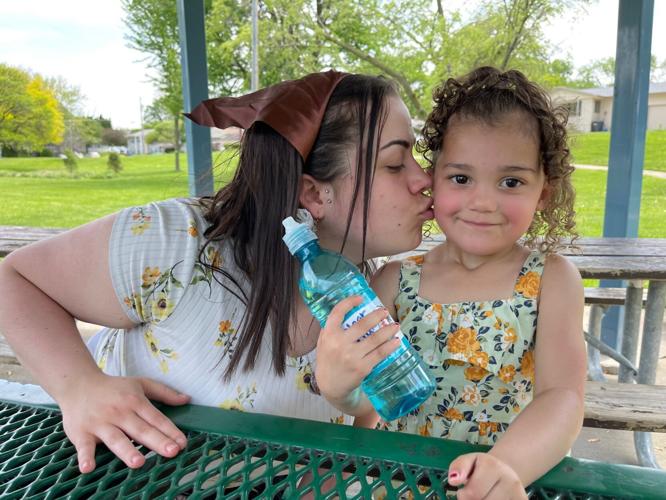 Hailey Poehls and her daughter, Yeliah, at Peterson Park in Davenport. 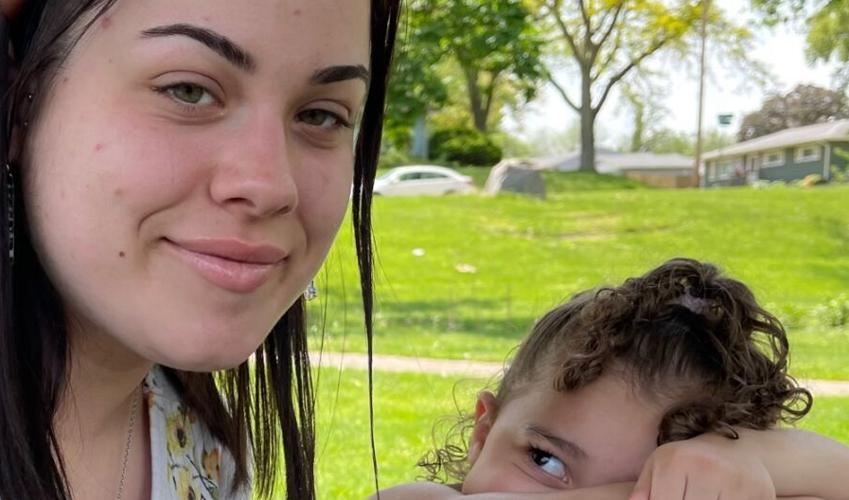 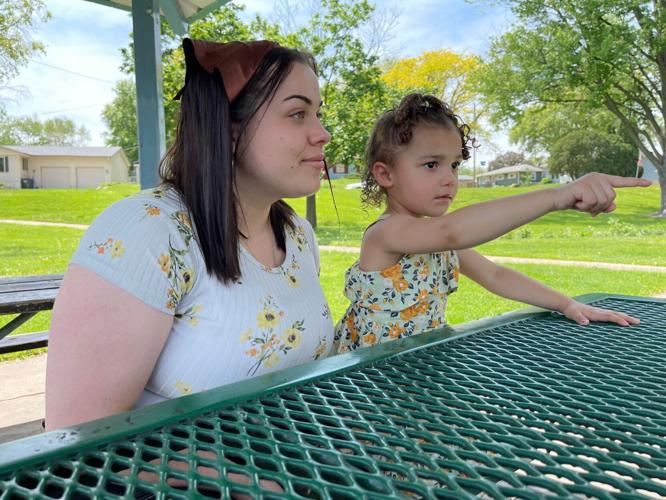 "Yeliah loves coming here," Hailey Poehls says of her daughter. It's close to home and every time we get in the car I think she hopes we are coming here." 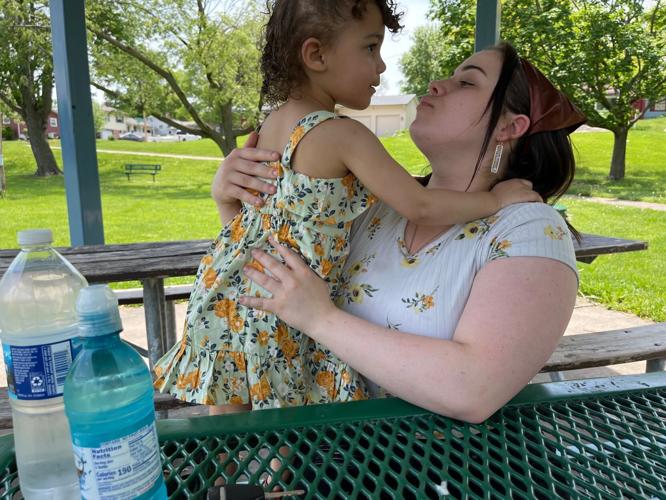 "There are days when I'm here. Right here," Hailey Poehls says of her life since her boyfriend, Corey Martin was murdered outside GD Express. "And then there are times when it's like I'm outside myself. It's hard to describe it. It's like I'm fuzzy all the time." 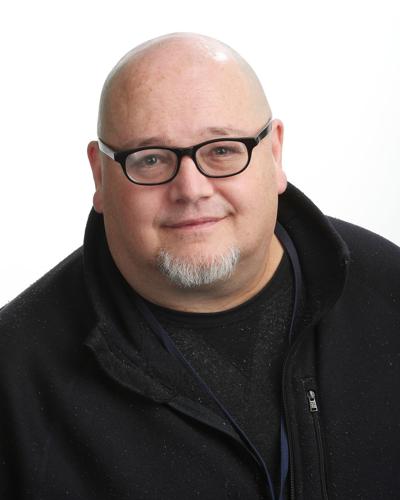