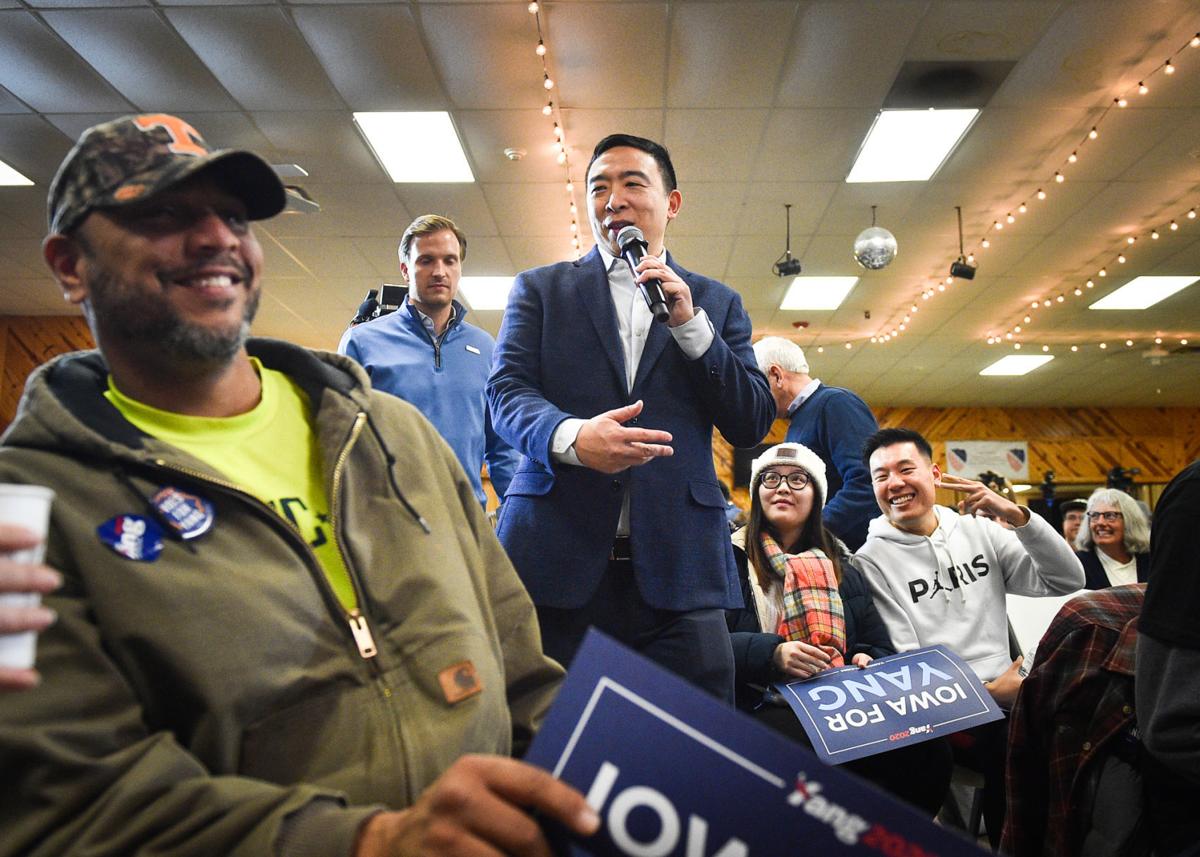 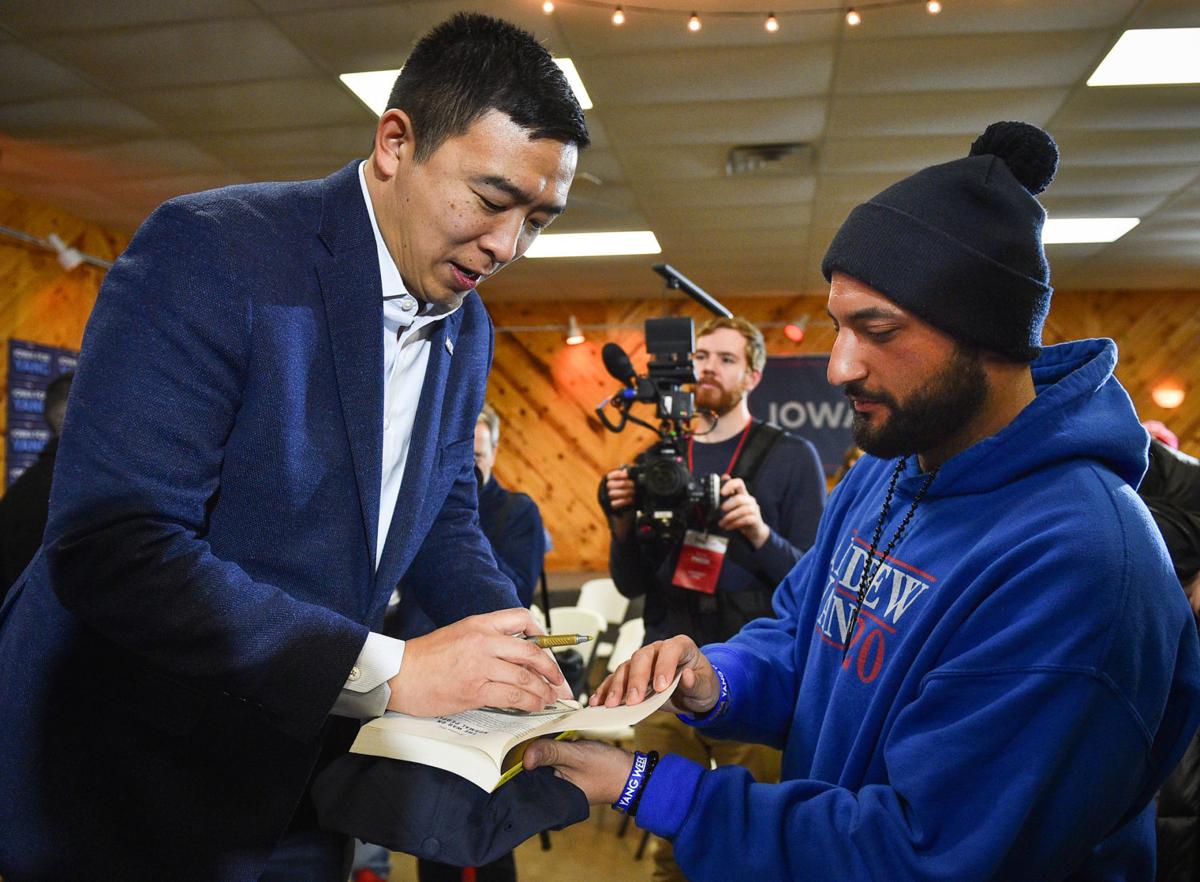 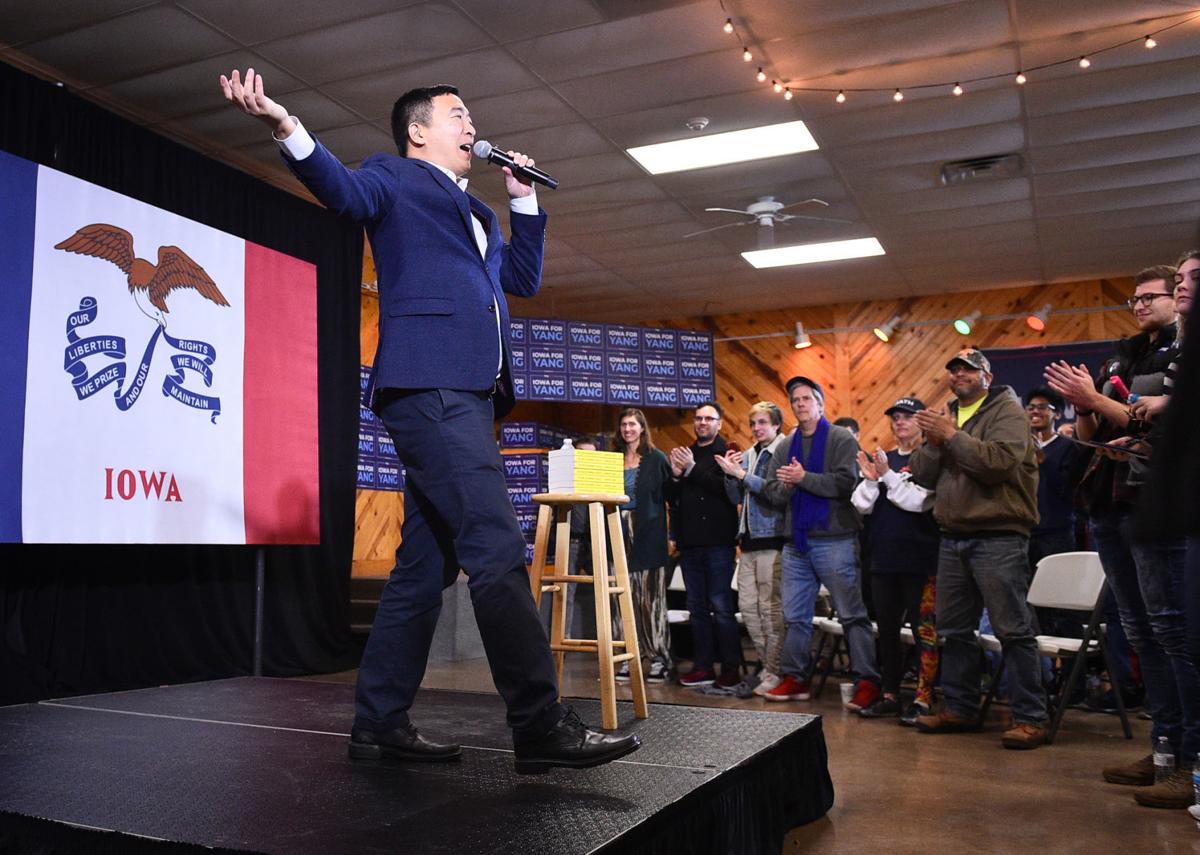 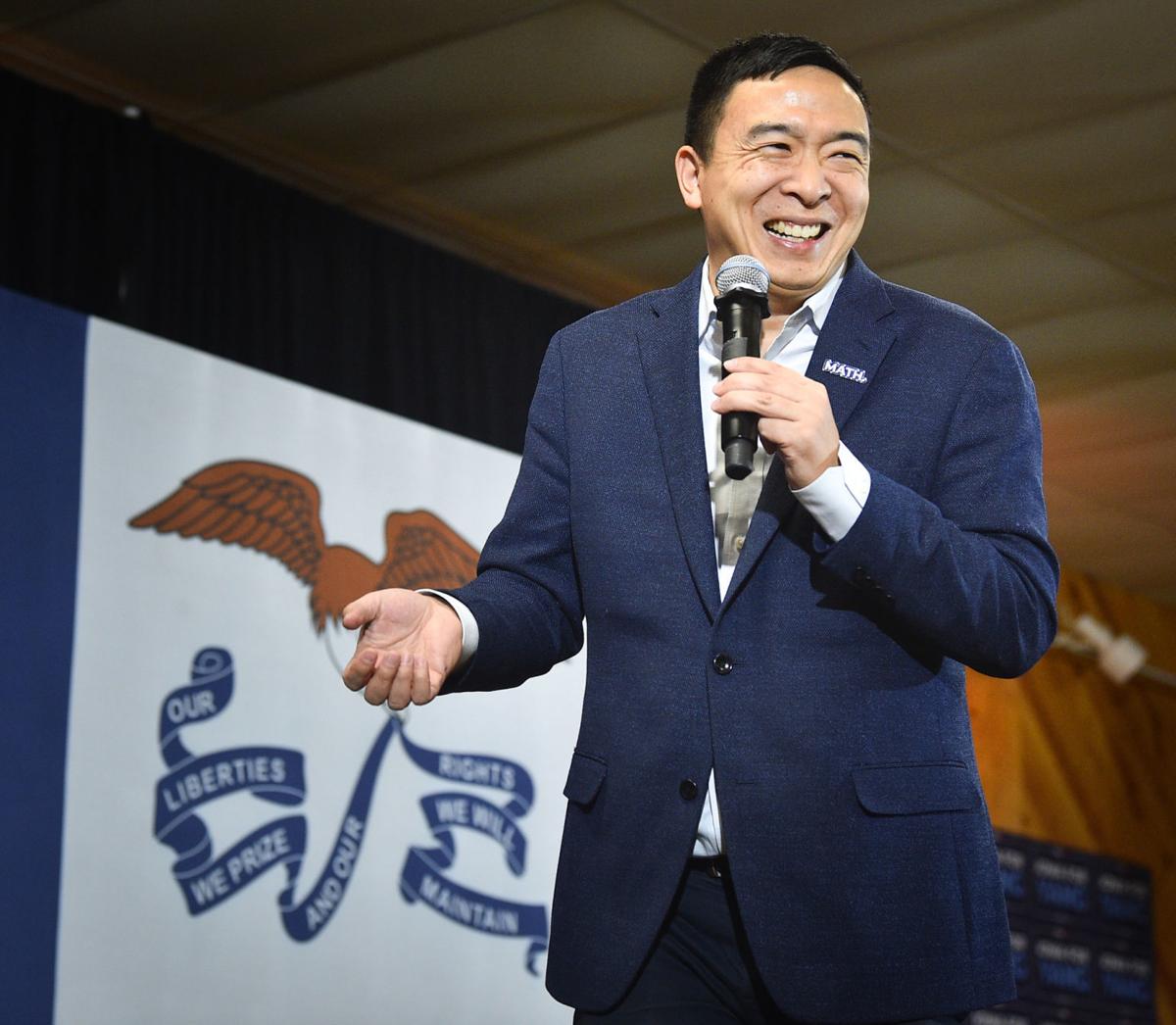 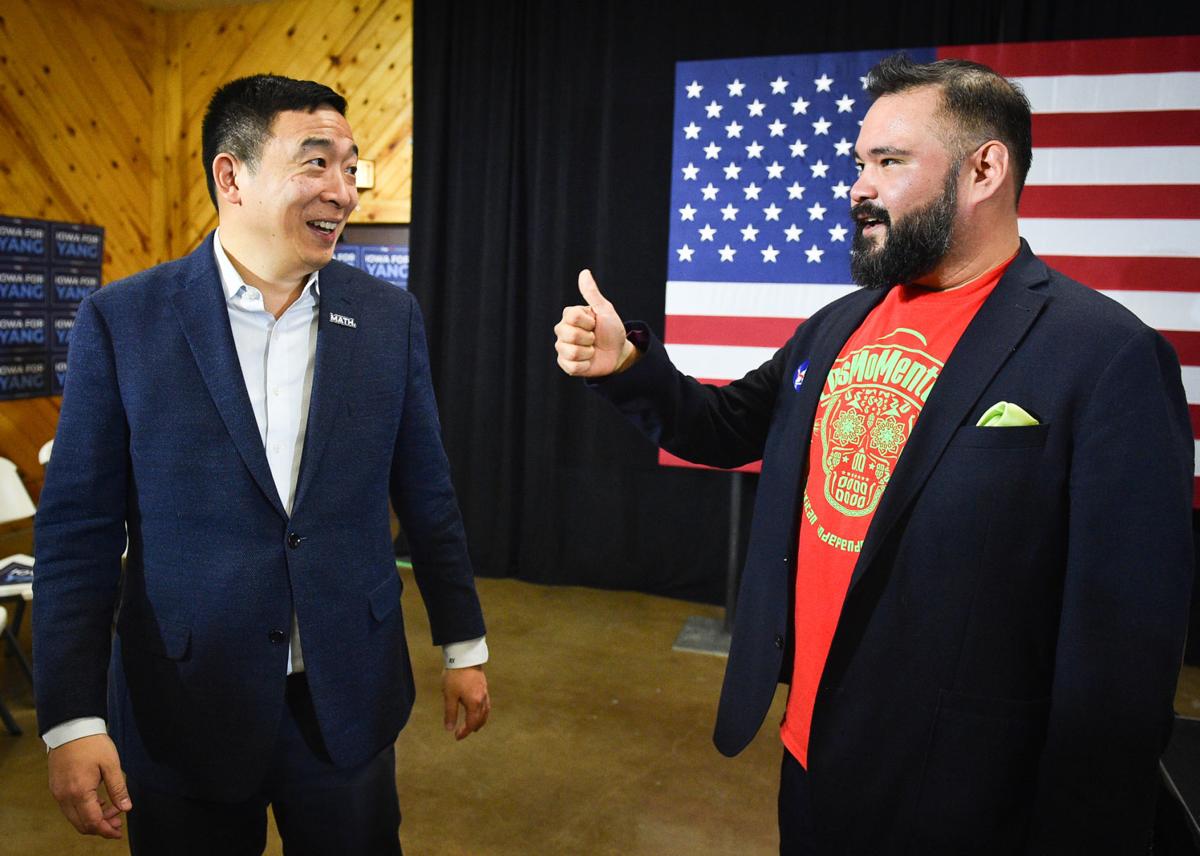 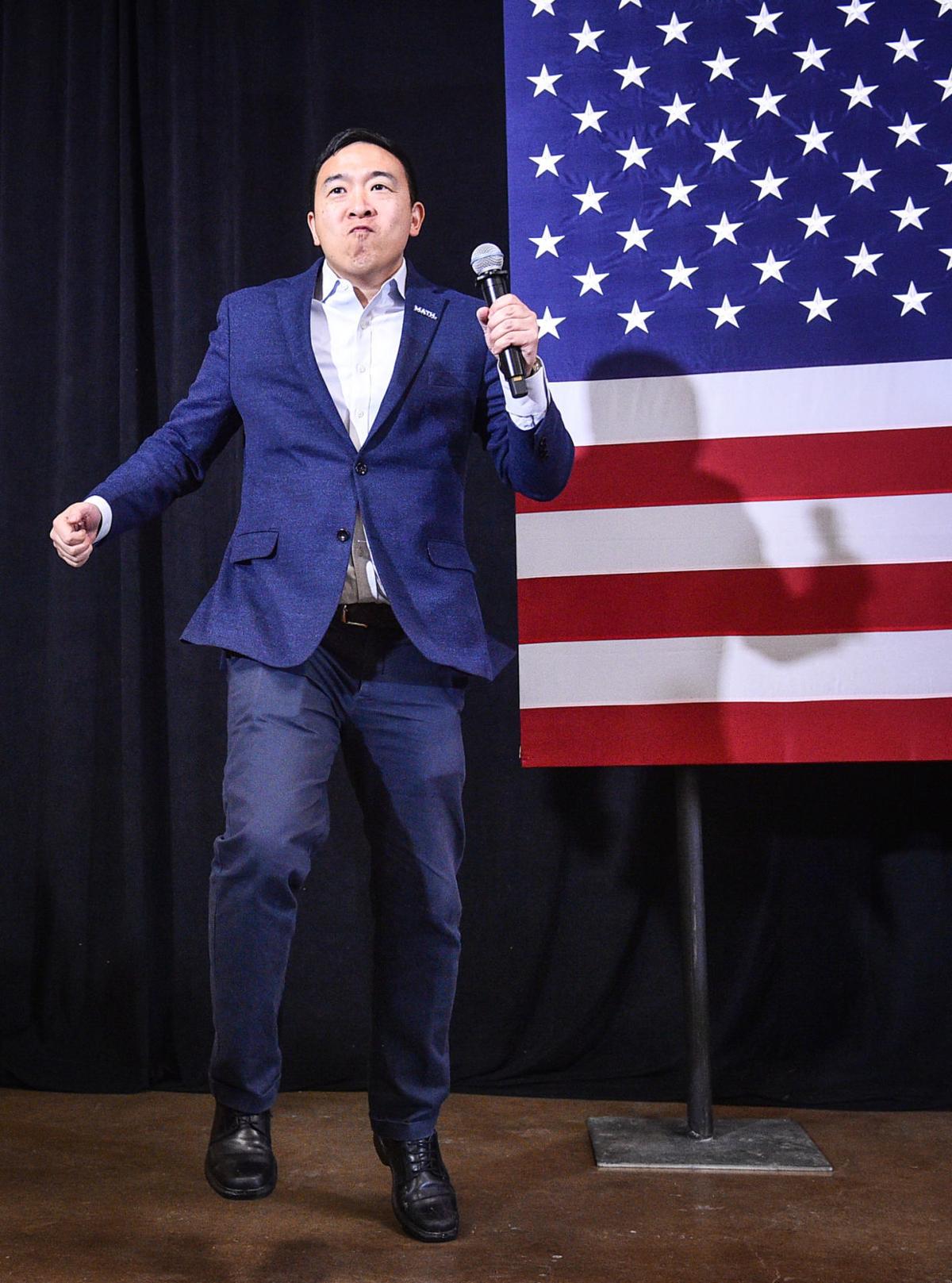 Four years after voting for Donald Trump, Lance Lorber switched his party registration to Democrat. He was committed to caucusing for Andrew Yang.

“There’s nobody else,” said Lorber, who lives in Davenport.

Lorber was all smiles at Yang’s Thursday town hall at LULAC Club, even as he had to turn down campaign volunteers pushing him to take home another Yang 2020 sign. Lorber owns more Yang gear than he knows what to do with.

Yang’s candidacy owes its unlikely success to voters like Lorber. Yet the underdog story might meet an early end. Polling in the mid-single digits in Iowa, Yang will have to shatter projections in order to clear the 15% viability threshold at most caucus sites.

What happens for his most ardent supporters if Yang fails to advance beyond the first alignment?

If Iowa Democrats agree on anything, it’s the urgency of defeating President Trump.

But many Iowans participating in the Feb. 3 caucuses aren’t loyal Democrats. These Independents and former Republicans have provisionally switched sides to support a Democratic candidate.

But they’re ready to switch back should that candidate fail, maintaining their next-best option is Trump.

Although he was too young to vote, Zaiss supported Trump in 2016. The president achieved “everything I wanted in his first year in office,” said Zaiss, who’s been dissatisfied with the president’s behavior since then.

To supporters, the diversity of the 45-year-old entrepreneur's coalition is a testament to the power of Yang’s disruptive campaign.

Yang’s signature issue is the “Freedom Dividend,” a form of universal basic income in which American adults would receive $1,000 per month from the government, no strings attached. The UBI is a centuries-old idea that’s won support from small-government libertarians such as economist Milton Friedman and even classical liberals like philosopher John Stuart Mill.

“If Yang’s the nominee, he’ll give Trump a run,” Lorber said. “The one candidate Trump avoids is Yang. If he mentions him, he gets more attention. He’s afraid. They seem him as a threat to his candidacy.”

Yang’s base is young. At the Davenport town hall, he was introduced by Greg Aguilar, former Q2030 director and founding board member of the Greater Quad-Cities Hispanic Chamber of Commerce. Some 200 people showed up, including dozens of young campaign volunteers and area students.

These women moved to Iowa to start a sorority. Its mission is to elect Andrew Yang president.

These women moved to Iowa to start a sorority. Its mission is to elect Andrew Yang president.

Yang is the first choice of Ashish Abraham, a high school senior from Bettendorf eager for his first election. Abraham was impressed by Yang’s performance at the Democratic debates and thinks the UBI and the value-added tax (VAT) are better ideas than the wealth tax, a favorite policy proposal of rival candidates.

But Abraham hasn’t committed to a second-choice candidate in the event Yang fails to achieve viability. “I’d probably caucus for another candidate so we can beat Donald Trump,” Abraham stated.

Mary Sweetland is a Yang superfan who lives in Davenport. She dreams of lifting herself out of debt with the help of the Freedom Dividend. Her son was born with birth defects, and by age 18 he had 22 surgeries.

She’s adamant she’ll caucus for Yang but squishier about a backup. Sweetland doesn’t feel good about any of the other Democrats. If Yang fails to achieve viability, she might head home.

“It’ll take a lot of convincing,” she said.

Ryan Kelley is like many other 21-year-olds — he lives with his parents.

The Davenport School District knew it had problems with certain student-disciplinary matters, and now a record-keeping snafu is keeping the st…

Davenport Schools, bit by bit, forge ahead with reopening plans

Step by step, the Davenport School Board is planning the return of administrators, students and sports, with a school start date of Aug. 24.

Multi-family condos spring up in Bettendorf

A new, 57-acre residential subdivision is springing to life west of the TBK Bank Sports Complex in Bettendorf, featuring four- and three-unit …