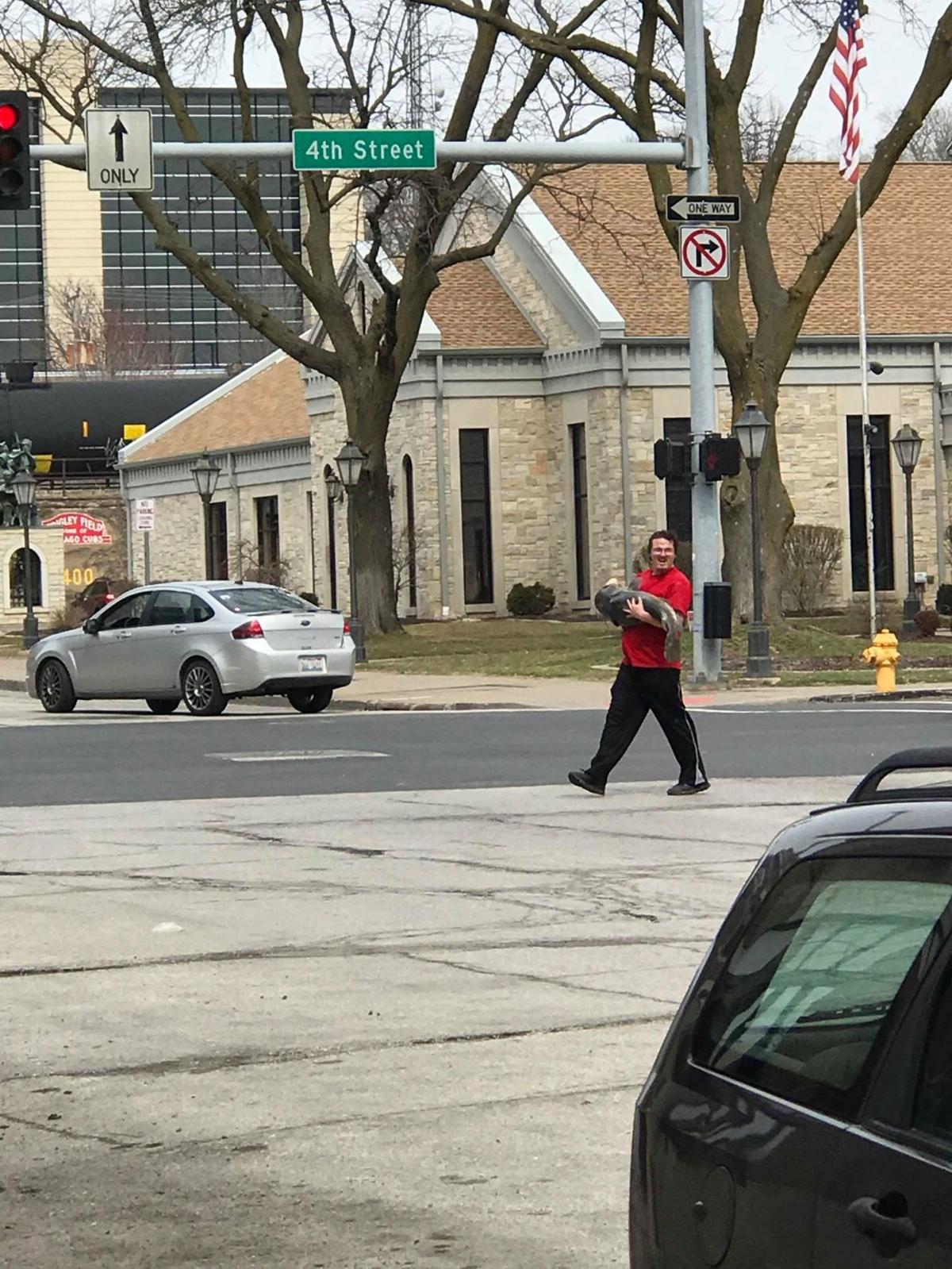 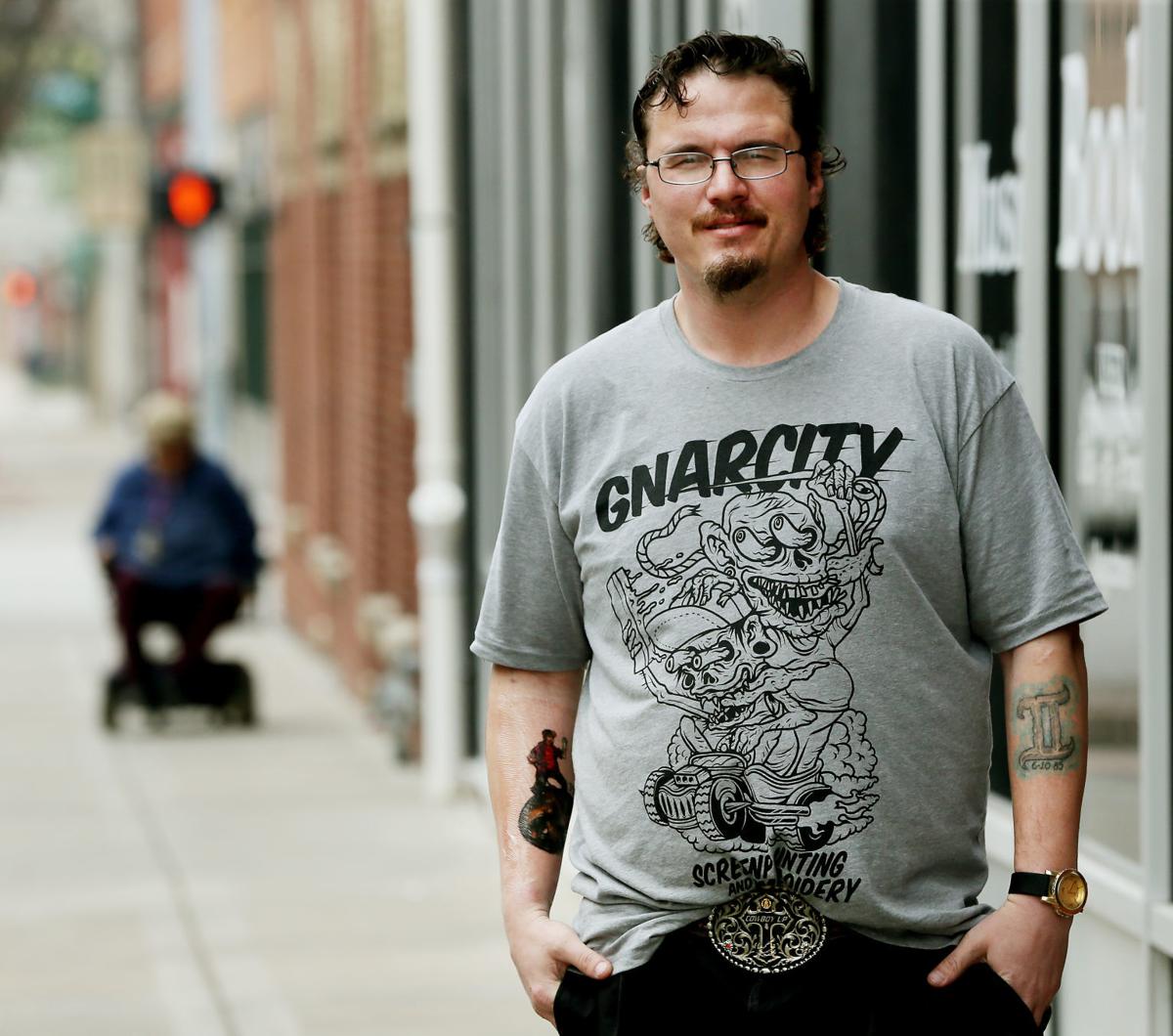 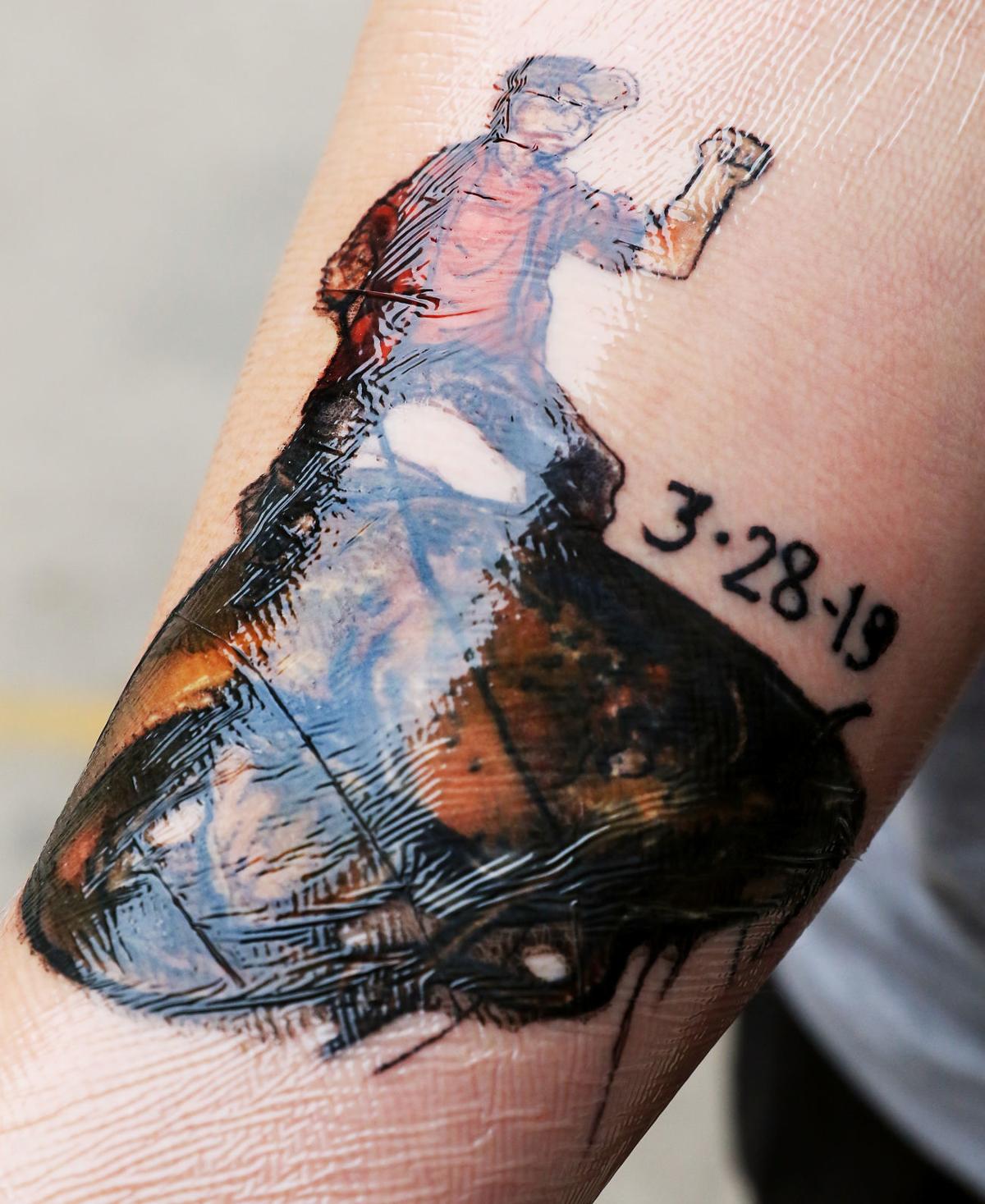 The Fish Guy is swimming in fame in the Quad-Cities and beyond.

If you’ve been on social media much in the last week, you’ve seen either a photo or comical memes based on pictures floating around. The pictures show Peter Robinson, 33, of Davenport, carrying a gigantic catfish through downtown Davenport.

Among the original photographers is Aaron Aguilar, who lives in the downtown area of Davenport. “I was right outside my building when I saw him walking with a big old fish,” he said.

Aguilar, who works for City Center Properties, was on his lunch break when he snapped Robinson walking with the fish. Since then, his photo has been shared thousands of times, with memes popping up on social media.

“I never expected it to blow up!” Aguilar said. “I see all kinds of things living and working downtown. It was just another day.”

Likewise, Robinson had no idea he would become a quasi-celebrity because he picked up a catfish near the downtown Davenport skybridge on March 28.

“My friends and I were hanging around down there,” he said, adding some people tried to put the fish, which seemed to be dying, back in the water. “I bent down and picked it up,” he said.

He took it to a friend’s house, but the friend didn’t have a filet knife. “I was about to dump it,” said Robinson, who was tired of carrying his “catch” around. Before he could, some strangers pulled up and said, “Is that the fish on Facebook?”

Robinson wasn’t sure what they were talking about. He gave the fish, which weighed between 37-40 pounds, to them (later, he said, they took the fish to Johnnie’s Meat Market, Davenport, where it yielded 20 pounds of meat.)

About 45 minutes later, Robinson checked Facebook, and there he was, “in hundreds and hundreds of posts and comments.”

“I was literally a homeless nobody,” he said. “I was surprised people knew my name outside my circle.”

Robinson, originally from Grand Mound, Iowa, has lived most of his life in Davenport, where he continues to couch surf – “ a couch here, a couch there, couches everywhere,” he joked.

He says he once had a tendency toward violence. He has served a total of 7 ½ years in prison, including stints in Fort Madison and Fort Dodge, Iowa. He’s transparent about his past.

“I used to be a very, very angry guy,” he said, and was involved in an altercation with police officers. "I used to antagonize people."

He’s been homeless off and on, working at a variety of occupations as a self-proclaimed jack-of-all-trades.

Now, he hates violence, is laid back and doesn’t like drama.

People have offered him jobs, and also to pay for the $93.75 fine he received from the Iowa Department of Natural Resources for “noodling,” which means illegally catching a fish with his bare hands.

T-shirts with Robinson’s image are cropping up, including the Master B’s Kustom Tees versions with two memes based on photos. Robinson has been interviewed and featured on television and radio stations as far away as Houston, Texas and Knoxville, Tennessee.

Robinson is scheduled to make all kinds of appearances at various Quad-City locations. On Saturday, at the Quad-City Storm hockey game, Robinson will be on hand. Instead of a puck toss, attendees will toss catfish - "real but deceased," said Gwen Tombergs, Storm president - at a target on the ice.

“I saw the memes online and saw the pictures,” Sheeder said. “The memes are just funny.” He reached out to Robinson, and helped him for a few days by having a Fish Fry for the Fish Guy during the week. He also gave him a certificate to eat at the Baked, where other diners enjoyed visiting with Robinson.

“I at least wanted to buy him a fish dinner,” Sheeder said, adding Baked is attached to social media and other fun stuff.

“Everybody got a kick out him,” said Sheeder, who hired Robinson to help at Baked on Sundays in the kitchen.

“I will want to be the same person,” Robinson said. “My goal is to get established and help at-risk youth, and continue to make people smile. “I’m staying humble throughout this entire thing,."

"I was able to bring the entire community together,” he said. “People forgot about the flood for a time.”

Peter Dwain Robinson, 33, known as “The Catfish Guy” or ‘The Fish Guy,” was being held late Thursday in Scott County Jail on misdemeanor charg…

Davenport’s Skybridge is still getting its facelift.

John Butler talks about his family's gift to St. Ambrose

John Butler talks about his family's gift to St. Ambrose