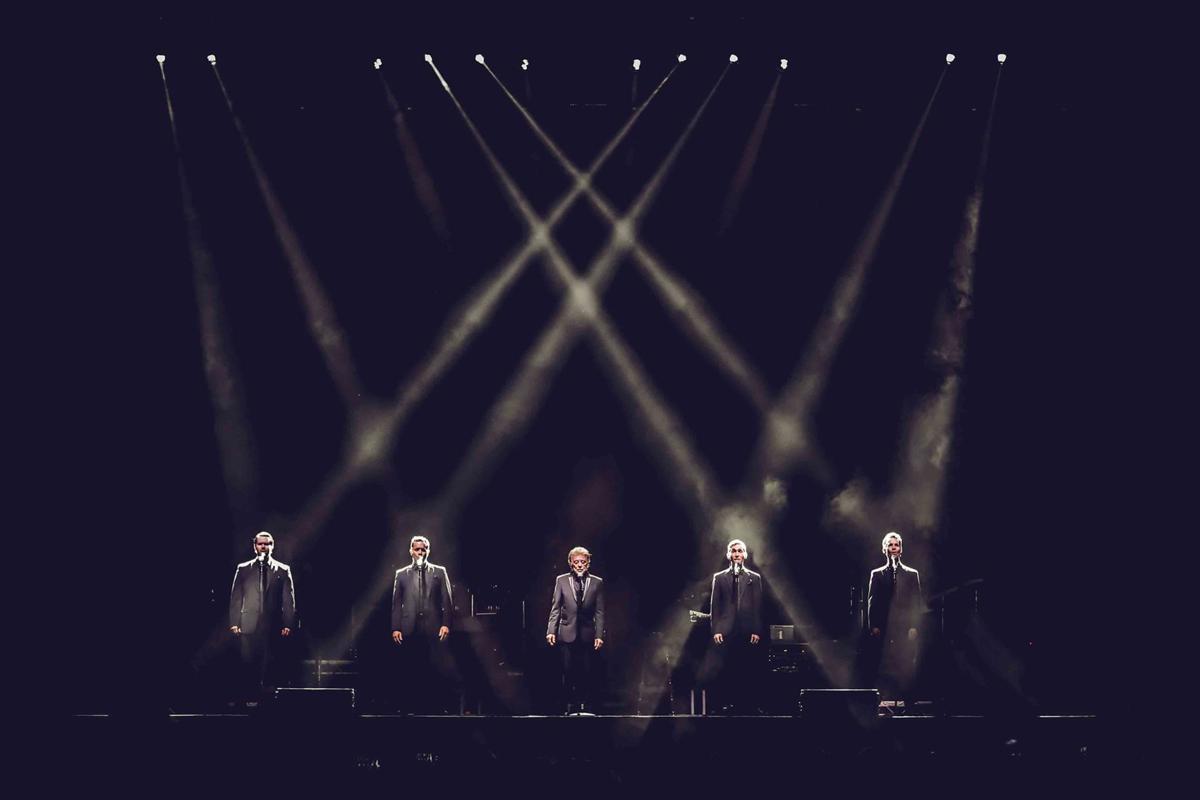 Frankie Valli and The Four Seasons in concert. 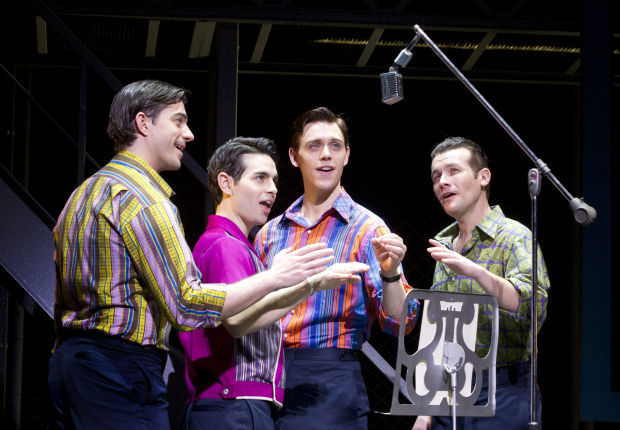 "Jersey Boys," the story of the vocal group Frankie Valli and the Four Seasons, will set down at the Adler Theatre in Davenport for a record eight performances next April, it was announced Wednesday night.

Still hangin' on at age 85, the legendary Frankie Valli & The Four Seasons will bring their new tour to the TaxSlayer Center at 8 p.m., Friday, June 19.

The original "Jersey Boys," The Four Seasons (group members 1960-1966) were inducted into the Rock and Roll Hall of Fame in 1990. With 71 chart hits (including 40 in the Top 40, 19 in the Top 10 and eight No. 1's), they are one of the best-selling musical groups of all time, having sold an estimated 170 million records worldwide, according to a tour release.

Valli is the only member of the group from its inception who currently tours.

Four Seasons songwriters Bob Gaudio and Bob Crewe in 1962 came up with a song that made full use of Valli's range, from baritone to falsetto. When the unknown Seasons sang “Sherry” on American Bandstand, they became the hottest band in the land, and after nine years as a recording artist, Frankie Valli became an “overnight” sensation with a No. 1 record, according to the group's bio.

“Many R&B groups had used falsetto as part of their background harmonies,” Valli said, “but we were different because we put the falsetto out front and made it the lead.”

Gaudio collaborated with Crewe, and the duo quickly composed two more No 1 hits for the Seasons: “Big Girls Don’t Cry” and “Walk Like a Man.” They went on to become one of the most successful songwriting teams in pop-music history, the bio said.

Thanks to the global success of the Tony-winning jukebox musical "Jersey Boys," which chronicles the life and times of Valli and his group, their classic songs are hits again. The 2005 show became the 12th-longest-running in Broadway history, closing in January 2017 after 4,642 performances.

National tours of "Jersey Boys" played Davenport's Adler Theatre in 2015 (for eight performances) and once last month. The show had a nine-year engagement at Paris Las Vegas, which concluded in 2016. The movie based on the musical, directed by Clint Eastwood, was released in 2014.

He made several appearances in seasons 5 (2004) and 6 (2006-07) of the HBO series "The Sopranos" as mobster Rusty Millio. Also, his and the Four Seasons' music is heard in other "Sopranos" episodes, especially in "Big Girls Don't Cry."

"Jersey Boys" was aces for the Adler Theatre.

Energetic 'Jersey Boys' a must for pop fans

Make no mistake, "Jersey Boys" is a musical steamroller.

Frankie Valli and The Four Seasons in concert.

"Jersey Boys," the story of the vocal group Frankie Valli and the Four Seasons, will set down at the Adler Theatre in Davenport for a record eight performances next April, it was announced Wednesday night.