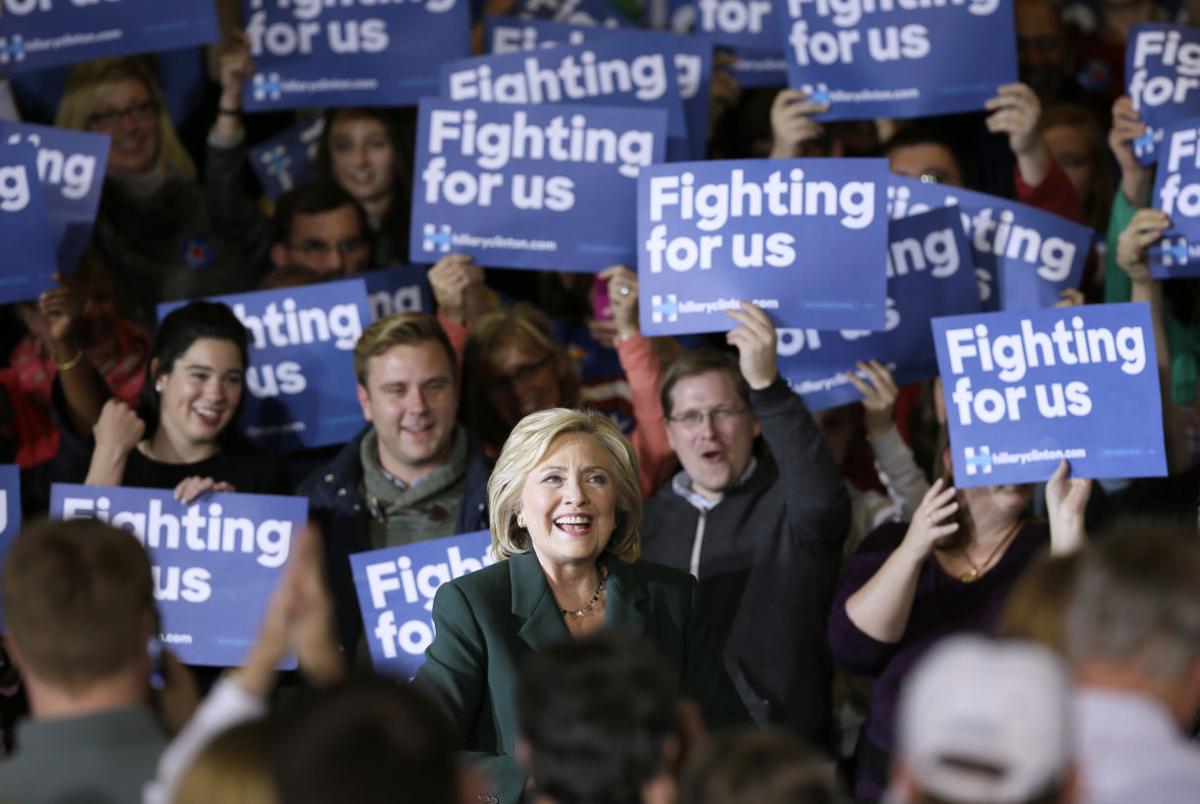 Democratic presidential candidate Hillary Clinton smiles as she arrives to speak at a town hall meeting Sunday in Clinton, Iowa. 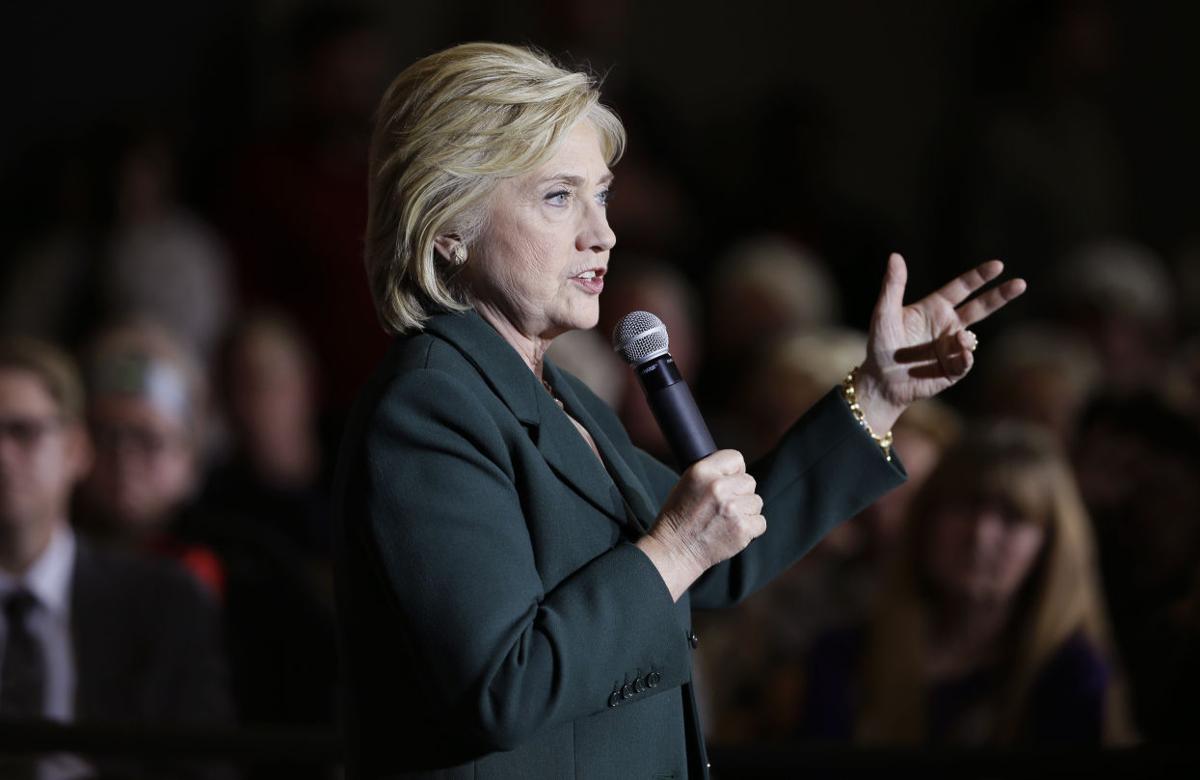 CLINTON — Foreign affairs may be animating much of the 2016 presidential campaign now, but Democratic presidential hopeful Hillary Clinton talked about finances for working Americans Sunday and pitched a new tax break here.

She also pledged to help with a host of other problems, including college and health care costs.

Clinton spoke to more than 400 people at a town hall meeting here, a one-stop campaign trip to Iowa where she is leading in the three-person race for the Democratic Party’s presidential nomination.

Clinton proposed a new tax break to help people who are caring for parents and grandparents. The change, which would require Congressional approval, would allow people to offset up to $6,000 in expenses. The maximum annual tax benefit would be $1,200, according to her campaign.

The campaign said the benefit would phase out for people with higher incomes.

"I really do want to be a president who is there for you,” Clinton said Sunday.

As part of her plan Sunday, Clinton proposed changing Social Security rules so that people who leave the workforce to care for a family member can get credit for it when their retirement benefits are figured. This measure also would need approval from Congress.

The campaign says 40 million Americans are caring for older adults, and many don’t get any help from the tax code for the money they spend. She added she would seek to expand help for people who provide respite for caregivers.

The campaign says the initiative would cost $10 billion over 10 years.

Clinton also acknowledged high out-of-pocket costs and deductibles that she says are a problem with the Affordable Care Act. “These are all fixable problems,” she said.

The former secretary of state told the crowd she would work to seek compromise with Republicans. But, in answering a question about veterans’ health care, she accused conservatives of seeking to use the issue to privatize the system. Republicans have accused her of minimizing the problems found inside the Veterans Affairs health care system.

One of the people who attended the town hall, Lavinia Engle, of Clinton, said she backed Clinton in 2008 and is doing so again this time because she has the most experience. But she also praised her approach to proposing help for people who take time off work to care for relatives.

“I think she’s really hit on the idea that sometimes people are working and their work isn’t valued,” said Engle, a school counselor.

Most of her remarks stuck to pocketbook issues, but Clinton did divert momentarily to praise the Iowa Hawkeyes college football team and its 11-0 record.

Recalling a recent conversation with her husband, who she called a “fanatic” about college football, she said he told her recently, “You know, I think Iowa is for real."

Democratic presidential candidate Hillary Clinton speaks to supporters during a will campaign events at the RiverCenter in downtown Davenport,…

Photos: Hillary Clinton at the Quad-City Federation of Labor's Salute to Chicken Fry

Democratic presidential candidate Hillary Clinton smiles as she arrives to speak at a town hall meeting Sunday in Clinton, Iowa.