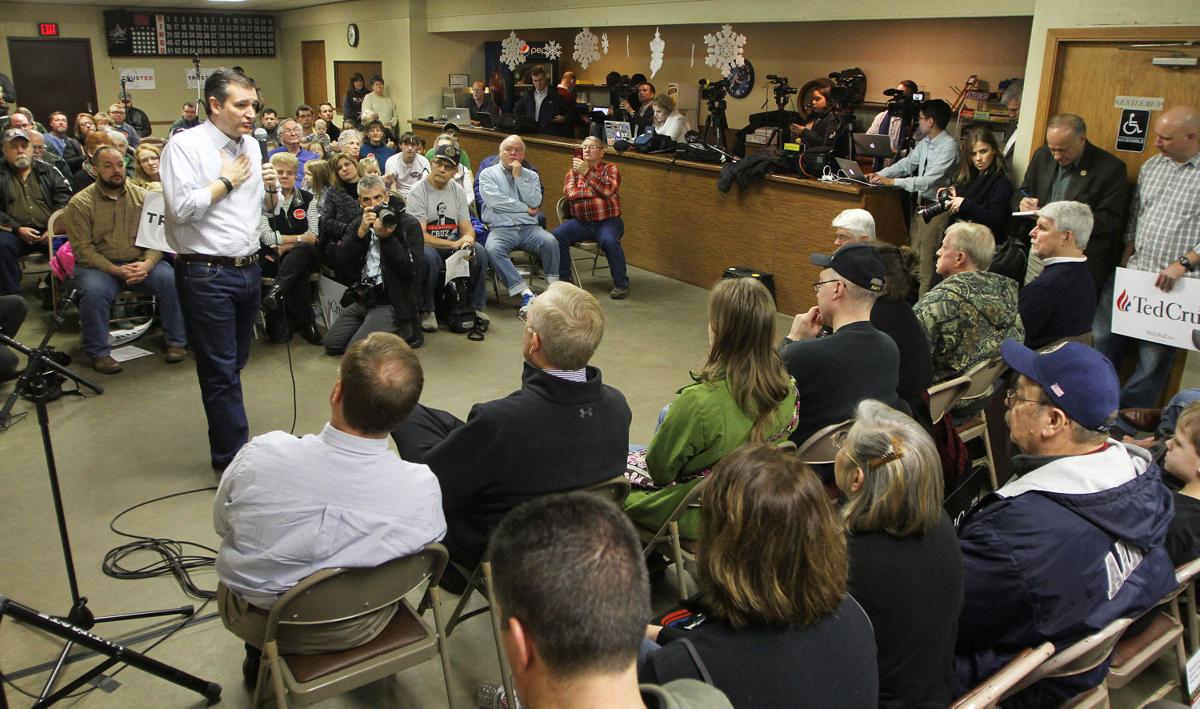 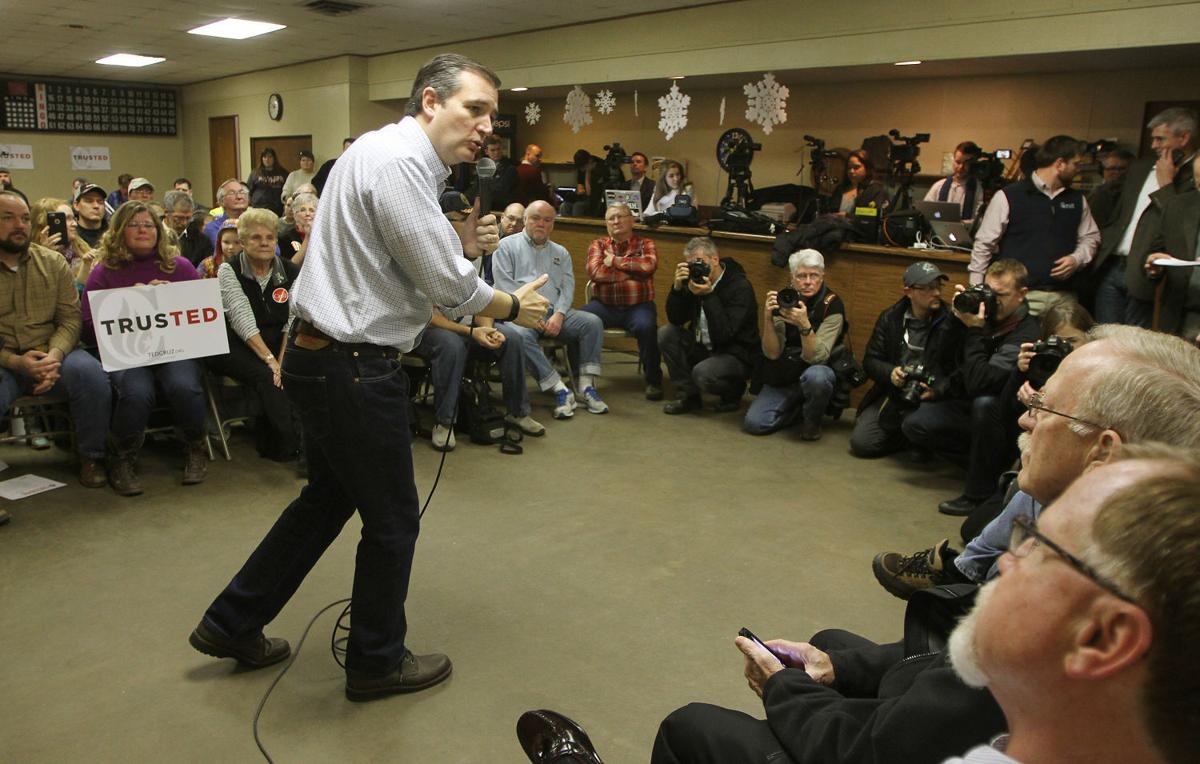 Republican presidential candidate Ted Cruz, a senator from Texas, speaks to more than 150 supporters Monday at the Jackson County Fairgrounds in Maquoketa. 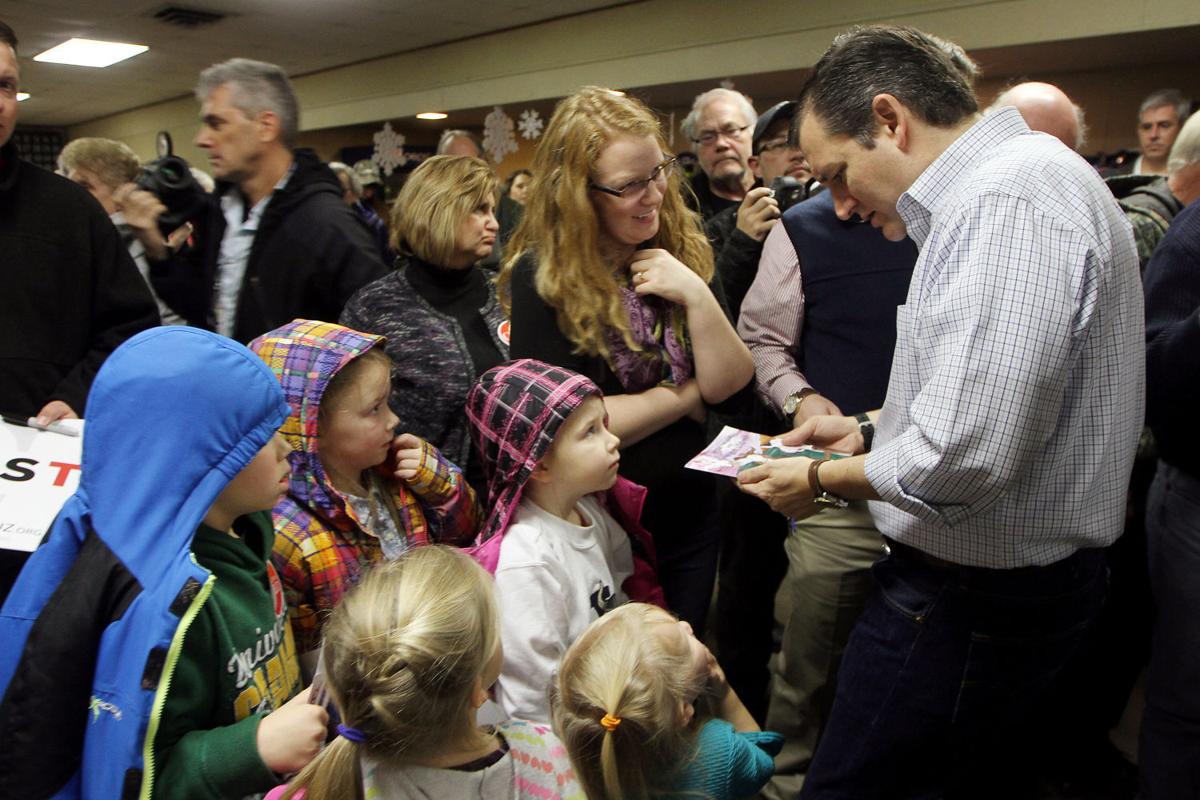 Kristi Swenson from Wheatland and her children present a book to Republican presidential candidate Ted Cruz for his children after he spoke Monday at the Jackson County Fairgrounds in Maquoketa, Iowa. 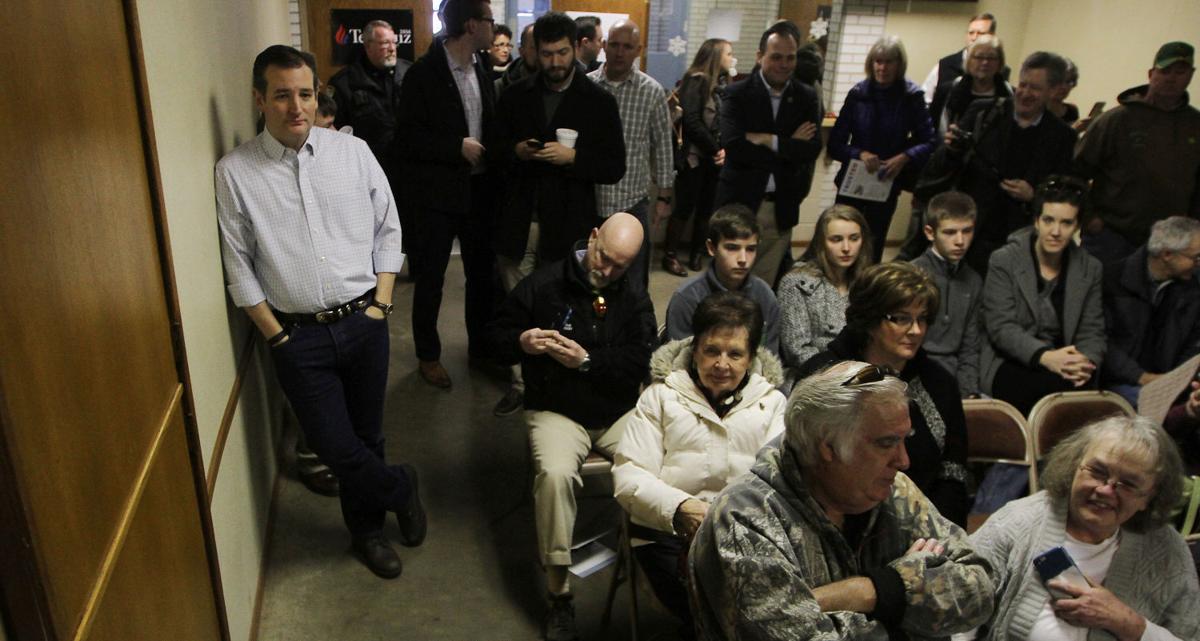 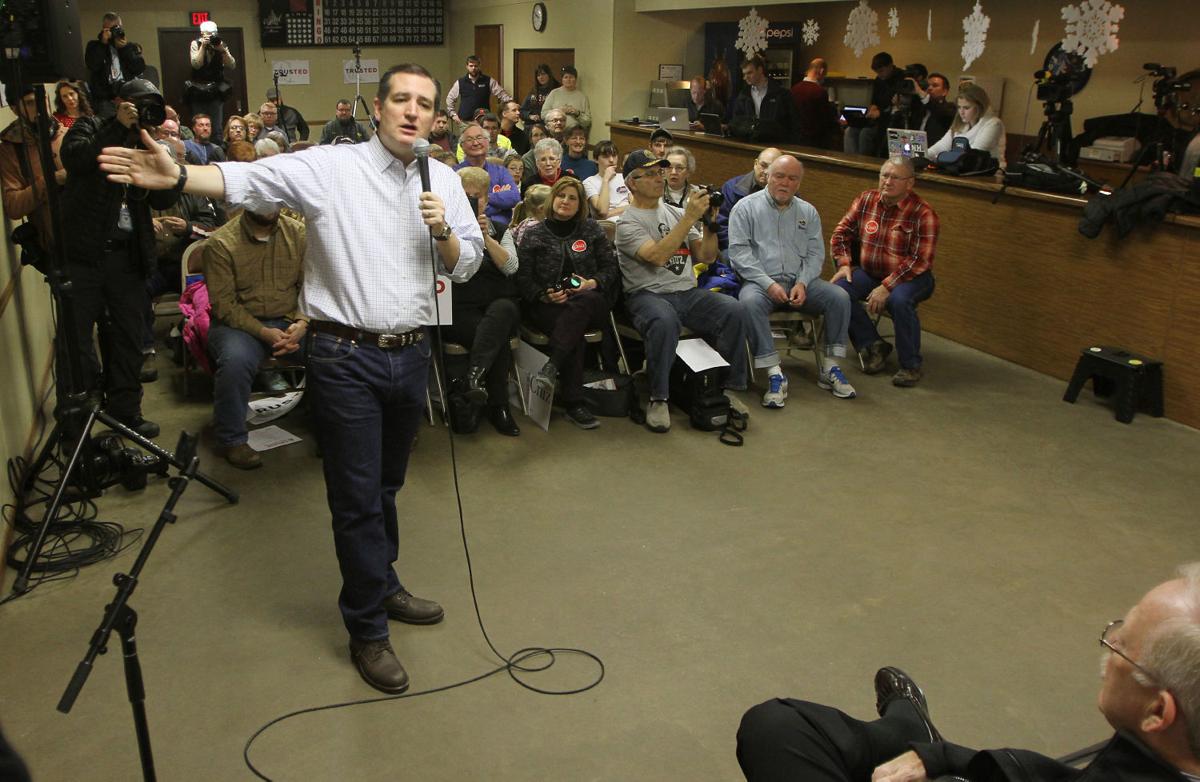 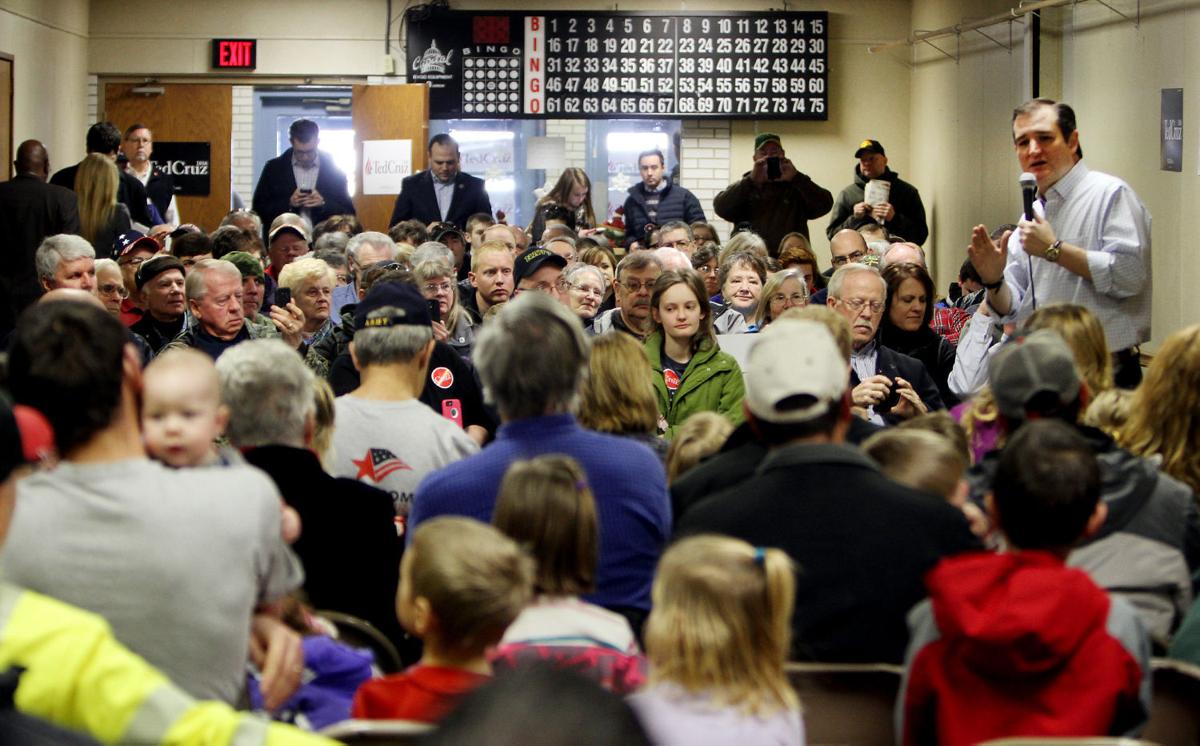 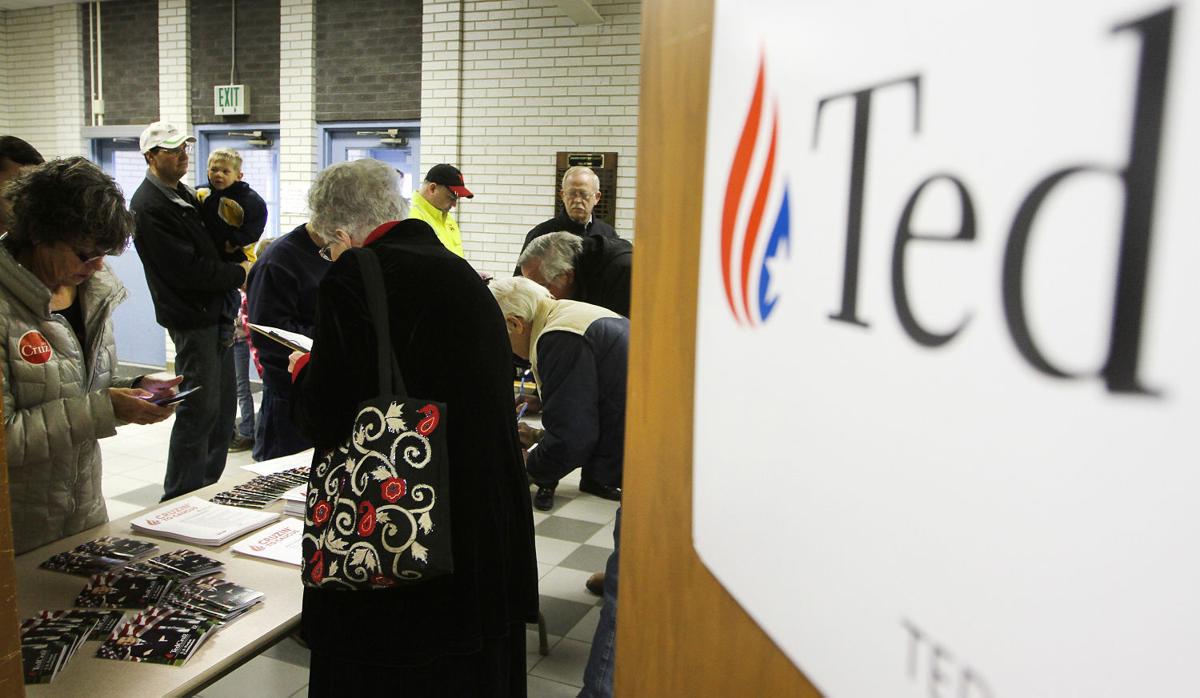 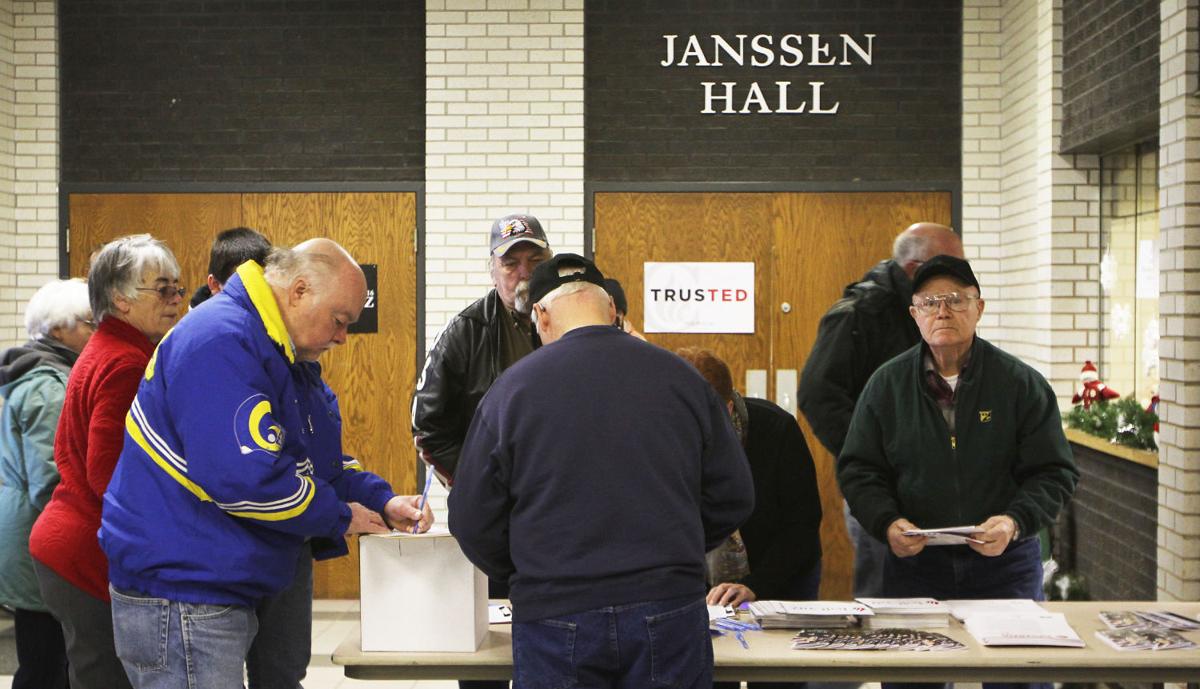 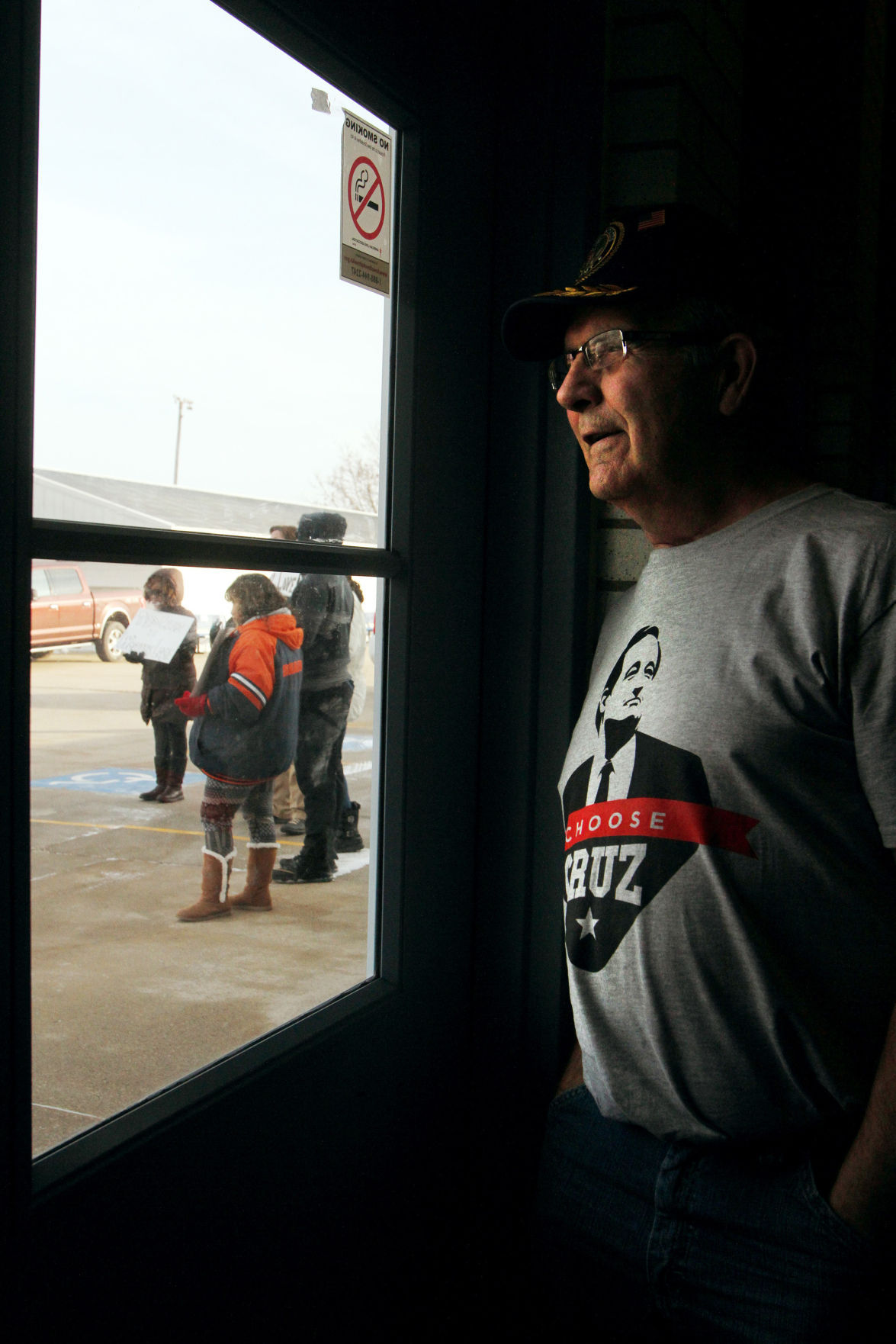 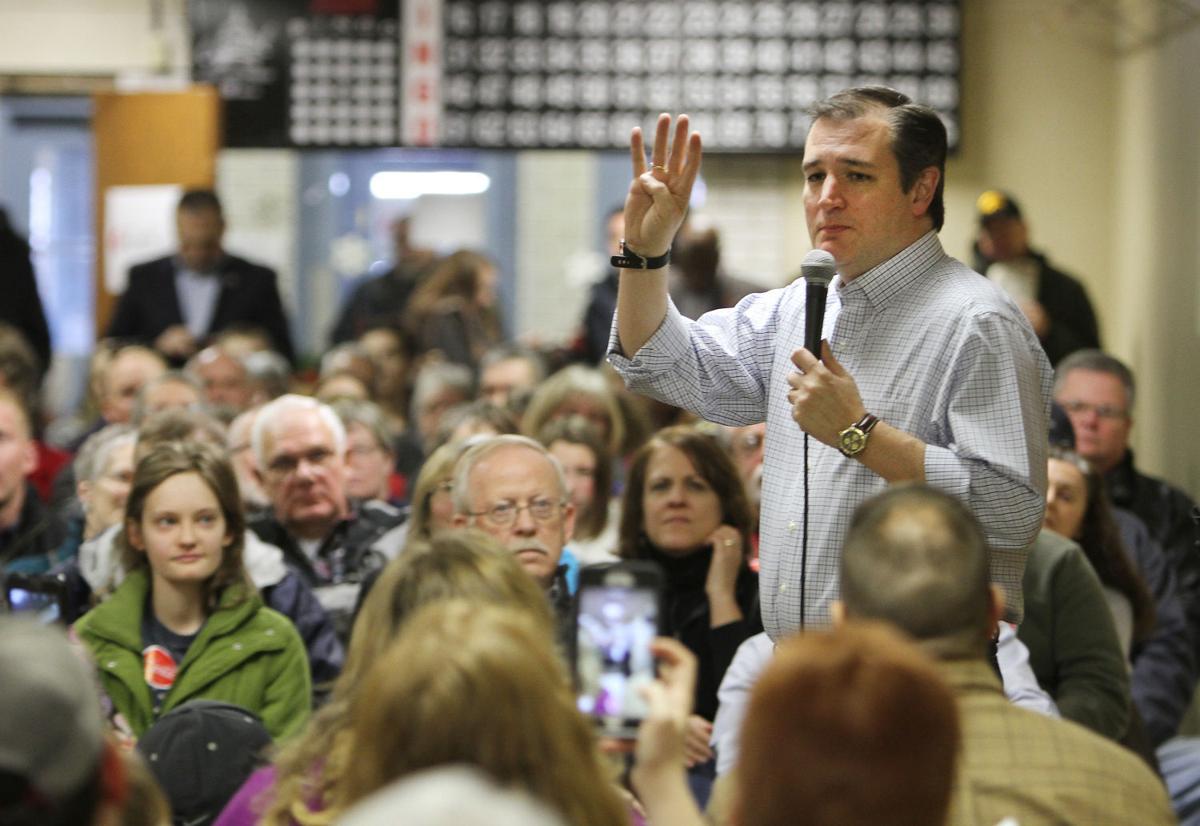 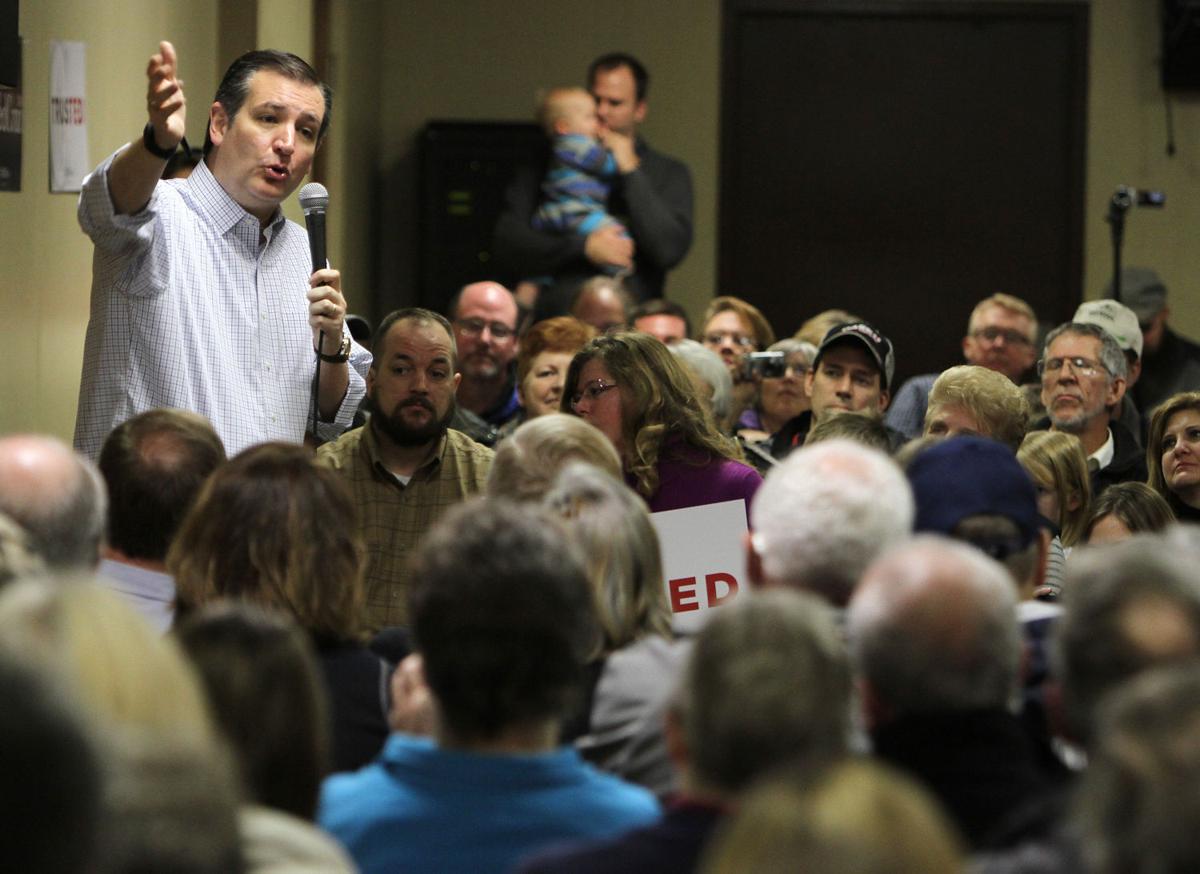 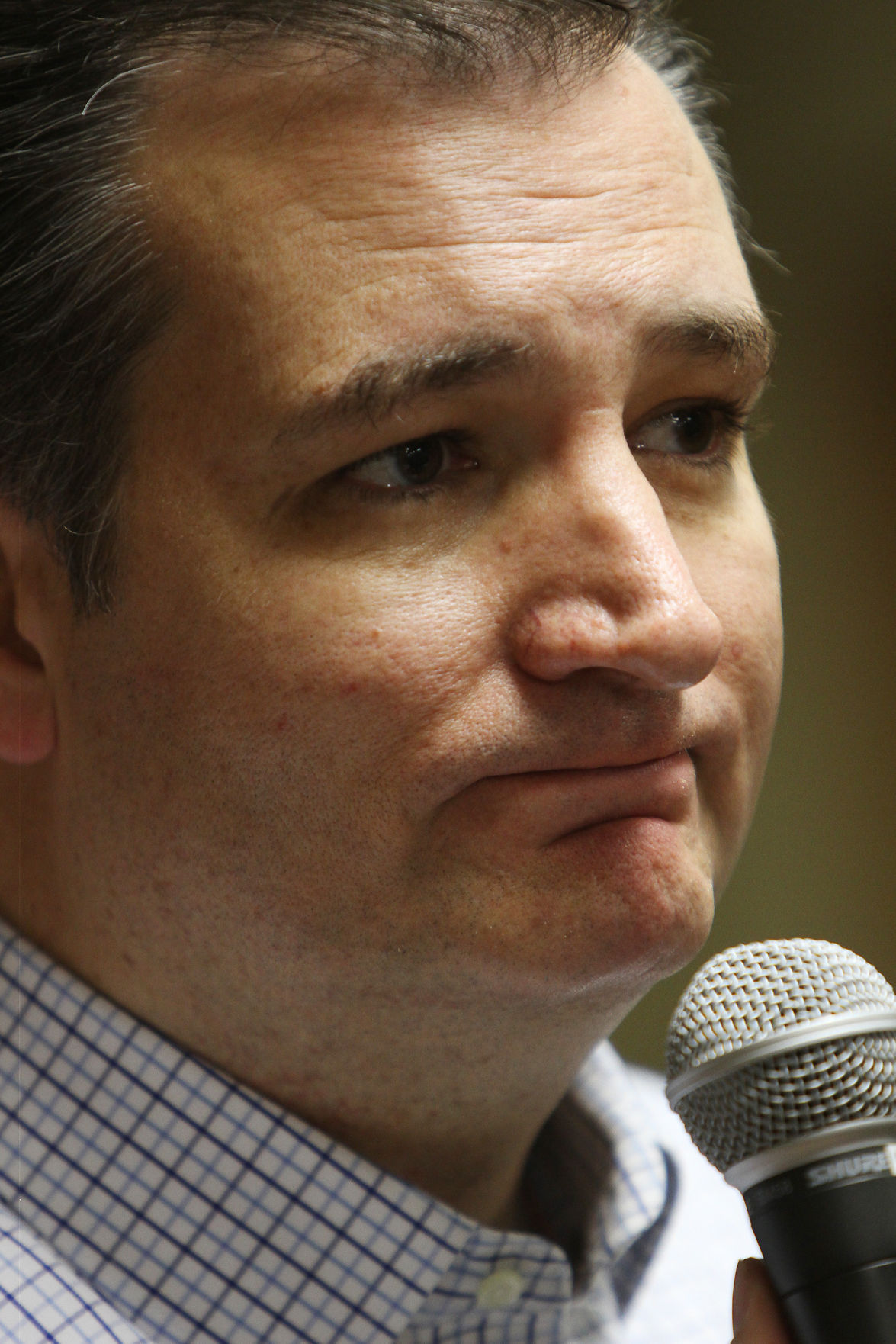 MAQUOKETA, Iowa — Republican presidential hopeful Ted Cruz continued to face questions about ethanol on the campaign trail Monday, while a new group backing his candidacy began airing radio ads critical of Gov. Terry Branstad, who said a week ago the Texas senator should be defeated in the caucuses.

Cruz, who with Donald Trump, is leading polls going into the last week before the Feb. 1 caucuses, spoke to about 150 people at the Jackson County Fairgrounds here Monday.

Cruz said he would make the 2016 presidential election about repealing the Affordable Care Act and enacting a flat tax. But, as in other places across the state, he also was questioned from the audience about ethanol.

Cruz has faced criticism from pro-ethanol forces, which have pointed to a 2013 bill he co-sponsored that would have ended the Renewable Fuel Standard immediately.

But in answer to the question here, Cruz said he is not anti-ethanol, but he is against all energy mandates and subsidies. He said he had introduced a bill that would phase out the the standard over five years, but he said the bigger threat to ethanol getting into the market was government regulation.

Cruz also pointed to U.S. Rep. Steve King's of Iowa support for his campaign to bolster his case.

“There has been no more ferocious defender of farmers than Steve King,” Cruz told the crowd here.

The ethanol issue reared its head again Monday, with the pro-Cruz super PAC, Conservative Solutions, airing radio ads in the state saying Cruz would stand up to “lobbyist, thugs and the politicians they own. Branstad and Trump. Branstad values, Trump values …”

In Des Moines, Branstad defended his statement that Cruz should be defeated and pushed back against the new ad.

“I think the people of Iowa recognize that these are false attacks and that they are just desperate politicians who want to score points with certain people by attacking me,” he said.

Meanwhile, at least one person in the crowd here was satisfied with Cruz’s response on ethanol and said the criticism of him on the issue is unfair.

“I’m disappointed that they’re painting that picture, because he is a supporter of ethanol just not of subsidies. There’s a difference. Subsidies are different than the product,” said Adam Miller, a farmer from Maquoketa, who attended the rally with his wife and five of his children. “We don’t need the subsidy."

Branstad and pro-ethanol forces say the subsidies for ethanol were phased out years ago. The Renewable Fuel Standard, they note, requires that a certain amount of renewable fuels, including ethanol, be mixed with the nation’s gasoline supply.

A pro-ethanol PAC, led by the governor’s son, Eric Branstad, has been targeting Cruz this campaign season.

In addition to appearing in Maquoketa, Cruz had two other stops in eastern Iowa planned for Monday.

CEDAR RAPIDS, Iowa — The Iowa Republican caucus race is going down to the wire with Donald Trump maintaining a 2 percentage point lead over Ted Cruz.

Republican presidential candidate Ted Cruz, a senator from Texas, speaks to more than 150 supporters Monday at the Jackson County Fairgrounds in Maquoketa.

Kristi Swenson from Wheatland and her children present a book to Republican presidential candidate Ted Cruz for his children after he spoke Monday at the Jackson County Fairgrounds in Maquoketa, Iowa.