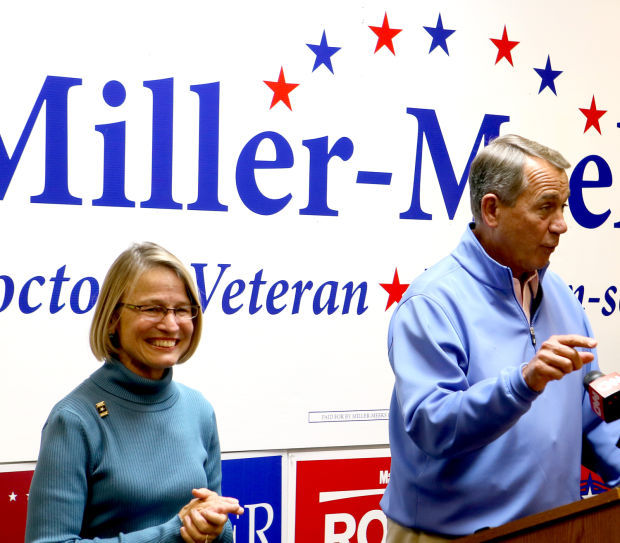 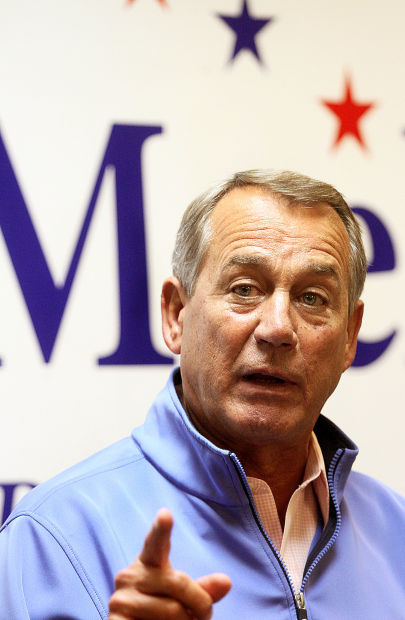 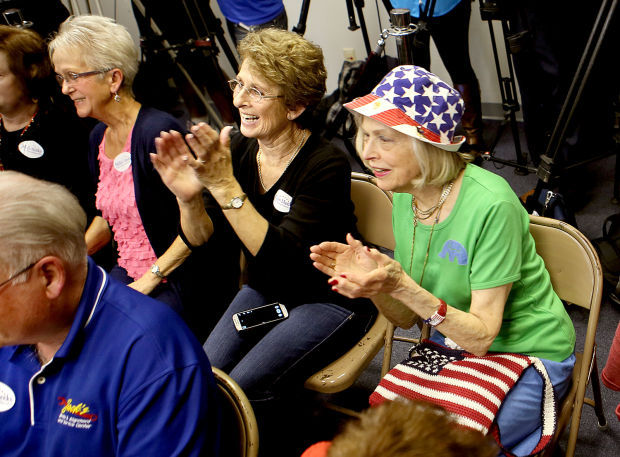 House Speaker John Boehner laced into the Obama administration Monday, telling a roomful of Republicans at Scott County Republican offices that the White House is "out of control" domestically and weakening America abroad.

Boehner was in Davenport to aid the candidacy of Republican Mariannette Miller-Meeks, who is challenging U.S. Rep. Dave Loebsack in Iowa's 2nd Congressional District race.

The speaker, who also was joined by Rep. Tom Latham, R-Iowa, praised Miller-Meeks as "one tough, hard-nosed gal." And he told activists, "this is a race we can win."

Boehner was especially critical of the White House on foreign policy.

"Does anybody think Vladimir Putin would have gone into Crimea had George W. Bush been president of the United States?" Boehner asked. "No, even Putin is smart enough to know Bush would have punched him in the nose."

In her remarks, Miller-Meeks sought to tie Loebsack to the administration, saying the president and Loebsack deal with challenges by just expanding government.

And she tweaked Democrats by saying, "you might even say that President Obama and Congressman Loebsack are like two peas in a pod," using the same language Democrats did to lump her in with Republican Senate hopeful Joni Ernst at a rally earlier in the day featuring Vice President Joe Biden.

Boehner's visit here was one of two stops he made in the state to help Republican congressional candidates.

Earlier in the day, he was in the Cedar Rapids area to boost the candidacy of Republican Rod Blum, who is running against state Rep. Pat Murphy, a Dubuque Democrat.

A new Loras College poll, released Monday, had Blum and Murphy locked in a tight race. But in the 2nd District, the poll said Loebsack leads Miller-Meeks by a 51 percent to 38 percent margin. Ten percent of the poll respondents were undecided.

Miller-Meeks' campaign disputed the poll's results Monday, pointing to the GOP's interest in the race.

The National Republican Congressional Committee, the political arm of House Republicans, said a week ago it would put $900,000 into the 2nd District contest.

The Democratic Congressional Campaign Committee responded by moving resources to the race, too.

The Iowa Democratic Party responded to Boehner's visit on Monday by calling him the "ultimate power broker" who would threaten Medicare and raise taxes on the middle class.

"Iowans just can't afford Miller-Meeks and Boehner’s anti-middle class agenda that not only brings more gridlock to Washington, but has real consequences for Iowans," said Christina Freundlich, a spokeswoman for the party.

Airbus A340 plane lands in Antarctica for the first time

Airbus A340 plane lands in Antarctica for the first time

DES MOINES — Yet another poll shows a very close race for Iowa’s open U.S. Senate seat, but this one has a twist. It shows Bruce Braley leadin…