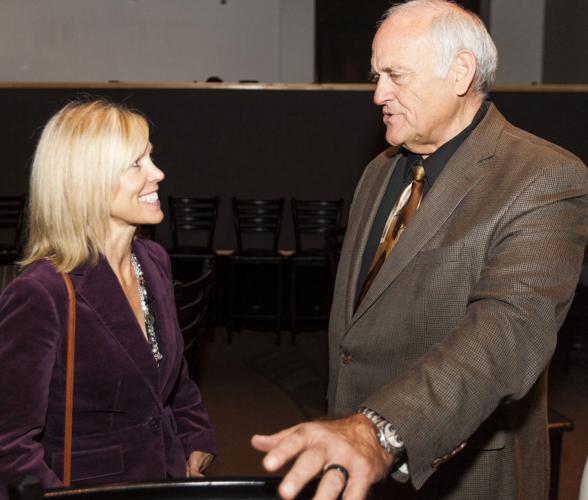 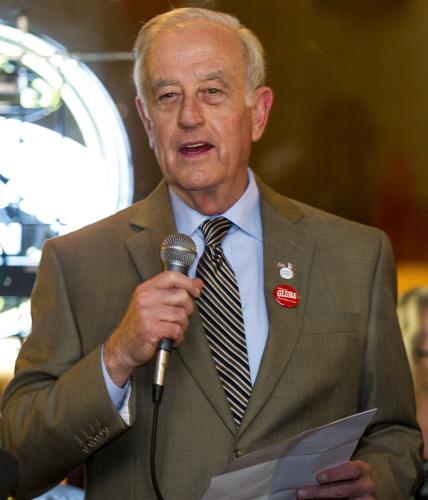 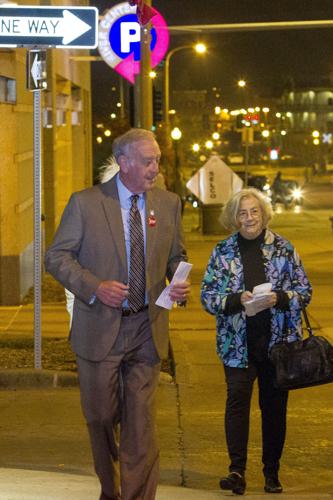 Davenport Mayor Bill Gluba, makes his way up Brady Street to the Starting Line to make his concession speech after loosing to Frank Klipsch 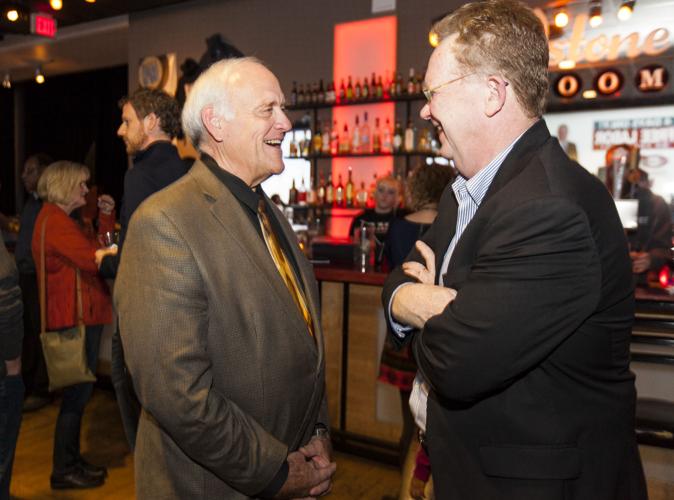 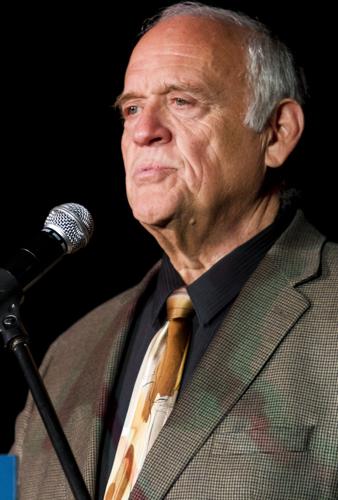 Davenport will have a new mayor.

Results from the city's 32 precincts showed Klipsch finishing with a significant vote total over Gluba, with 10,194 votes to the mayor's 4,982.

A crowd of about 50 supporters and family members at Klipsch's watch party at the River Music Experience's Redstone Room erupted in cheers when totals were announced.

"It's something to get your head around," Klipsch said, reacting to the news.

Klipsch, 66, who retired in 2013 after 25 years as CEO of the Scott County Family Y, hopes to bring an experience of consensus building to the office, he said.

Meanwhile, about a block away, Gluba spoke to dozens of supporters at The Starting Line bar, sharing his joys and regrets from serving eight years in the office and wishing Klipsch well.

"Now, I can get back to being old-fashioned Bill," Gluba said.

He called his loss a "blessing in disguise" as his family and a doctor have been concerned about his health. He mentioned how an adverse reaction to an antibiotic after he suffered an apparent insect bite sent him to University Hospitals, Iowa City, for treatment this summer. He also said that after his term ends at the end of the year, he will "slow down" and visit grandchildren.

Gluba has spent large portions of his life in politics, including stints in the Iowa House and Senate and Scott County Board of Supervisors. He was first elected Davenport mayor in 2007.

He won't get out of politics, saying he wants to work on other people's campaigns. Gluba said he has no plans right now to run for any office in the future.

While calling his eight-year record of accomplishments as mayor "unmatched," Gluba said his biggest regret was not succeeding in getting a city-owned casino. He also called the controversy surrounding former City Administrator Craig Malin's separation from the city "unfortunate," although he does not regret asking for Malin's resignation over a dispute over grading work related to an Elmore Avenue extension project at the new Rhythm City Casino.

The City Council voted 9-1 for a separation pact with Malin and $310,000 severance package.

Gluba called Klipsch his toughest opponent since taking the mayor's office, which he was re-elected to three times.

Going into October's primary election, Klipsch had outraised Gluba, $55,300 to the mayor's $23,900. At the time, Gluba said he had gotten behind after being hospitalized.

As campaign signs populated Davenport yards for several months and literature was stuffed in mail boxes, radio advertisements preferring one candidate or the other were heard in the closing weeks of the race.

Gluba said being mayor is like being in a "fish bowl."

Klipsch said that as he approaches the mayor's office, he hopes to deflect attention from himself.

"If the umpire is good, you never see the umpire on the field," Klipsch said.

Twenty-one percent of Davenport's 70,495 registered voters turned out Tuesday to vote in the city municipal general election for mayor as well as for aldermen in the 2nd, 3rd, 4th, 5th and 8th wards and at-large races. Other council races were uncontested.

Gluba packs up his mayoral tenure

The third floor of Davenport City Hall resembles a college dormitory in May these days. Mayor Bill Gluba has been busy packing up an entire te…

Results of other area races

Davenport Mayor Bill Gluba, makes his way up Brady Street to the Starting Line to make his concession speech after loosing to Frank Klipsch