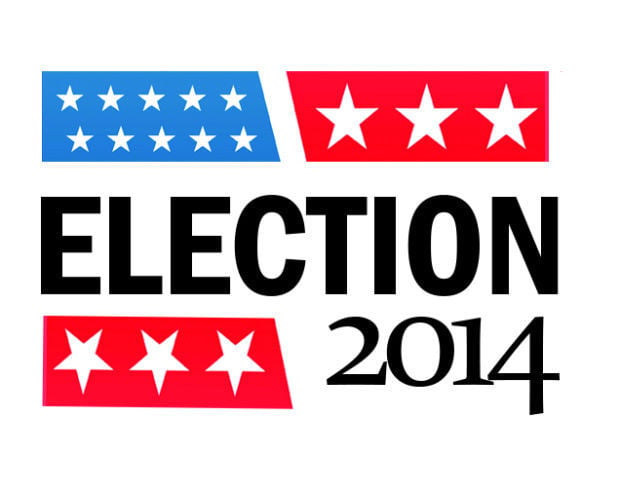 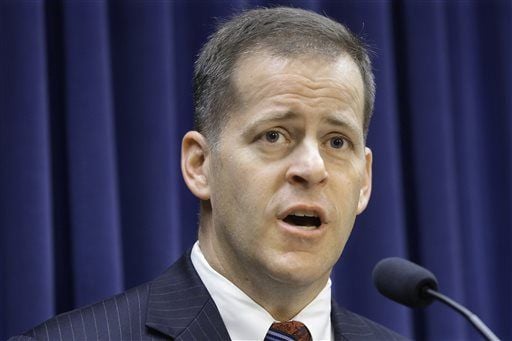 SPRINGFIELD — The man seeking to unseat Illinois' long-serving attorney general says it's time for a change in the office.

Republican Paul Schimpf, a political newcomer from Waterloo, says he's trying to make the case that Democratic incumbent Lisa Madigan's hold on the post should come to an end when her third term ends in January.

"It's time to put a new set of eyes, a new perspective, in that office," Schimpf said during a recent meeting with reporters at the state Capitol.

Madigan, who is seeking to extend her tenure as the state's chief legal counsel for another four years, says the experience she brings to the table is serving the state well.

In a recent interview, Madigan said her experience gives Illinois an advantage when it comes to dealing with the many national lawsuits the state is involved in, ranging from mortgage fraud to identity theft.

"I have a body of expertise that has allowed me to work at a federal level in ways that have directly benefited our state, that somebody without that experience just wouldn't be able to jump in and do," Madigan said.

In a year in which a hotly contested race for governor has dominated the headlines, the contest between Madigan and Schimpf has been a low-key affair. After handily beating lesser known and underfunded candidates in the two past elections, Madigan again finds herself up against a Republican with a small bank account and little name recognition.

Schimpf, 43, is a retired U.S. Marine Corps prosecutor. His resume includes his role as the lead attorney advising Iraqi prosecutors in the trial of Saddam Hussein.

Schimpf served as rifle platoon commander in the Marine infantry and was a commander of an mortar platoon commander. He also led a military legal assistance clinic and served as an energy and environment strategist for an undersecretary at the Department of Defense.

In his first bid for office, Schimpf has traversed the state counting down 14 reasons to trust a Marine in 2014.

The focus of his argument for change is government corruption. He said Illinoisans shouldn't have to accept corruption as if it were akin to cold weather during the winter.

Other campaign pledges outlined by Schimpf include limiting himself to two terms in office, emphasizing the privacy rights of Illinoisans and ensuring veterans have access to health care.

He said Madigan has spent too much time focusing on consumer protection issues.

"I think government corruption is systemic throughout our state," Schimpf said.

Madigan says her record is full of successful prosecutions of government corruption cases, including the recent ousters of two top elected officials in Rock Island County.

In September, she announced charges against three former officials of the Williamson County Circuit Clerk's Office for theft of more than $84,000 in county funds for personal profit.

"The defendants took advantage of their positions for personal gain and in turn defrauded county taxpayers," Madigan said in a statement at the time. "This case is another example of my commitment to ensuring public integrity in Illinois government."

Madigan, 48, is running for re-election after announcing in July 2013 that she would not be candidate for governor. With her politically powerful father planning to remain in office as the speaker of the Illinois House, she said there would be too much of a conflict of interest if the two of them were serving at the pinnacles of state government.

She said the office has a broader role than just fighting corruption, including:

• Opening up access to public records through the creation of a public access counselor, who assists the public and reporters in determining whether government records can be withheld by public bodies.

• Cracking down on child pornography.

Her work on behalf of Illinois taxpayers to collect on national lawsuits has resulted in the return of $32 for every dollar her office receives through the state's general checkbook.

"I have really refocused a lot of our efforts on how we are bringing resources back to the people of the state," Madigan said.

As an example, she said the state has now crossed the $100 million mark in terms of recovering tax money from gas station owners who weren't paying their share to the state.

The race is showing wide gaps in fundraising.

Madigan collected $282,963 in campaign contributions during the most recent fundraising quarter. She spent $849,015 during that same time period. She entered the final two weeks with more than $4.2 million in her bank account to spend.

By contrast, Schimpf entered the stretch run with just $7,853 in his bank account. He raised $68,655 and spent nearly the same amount.

Despite the money shortfall, Schimpf said he is in the race to win.

"I wouldn't be putting my family through this hardship if that wasn't the goal," Schimpf said. "Right now, our electorate is extremely frustrated. I've always felt like if I was able to get my message out, I would have a very good shot at winning this election."

Madigan said she plans to continue working the way she has since winning the post in 2002.

"Truth be told, this job is not a political job," Madigan said. "You're the lawyer. The way I've always operated is you look at the facts and you look at the law, and then you do what your supposed to do, regardless of whether it's Democrats or Republicans on one side or the other. You just put your blinders on and do your job." 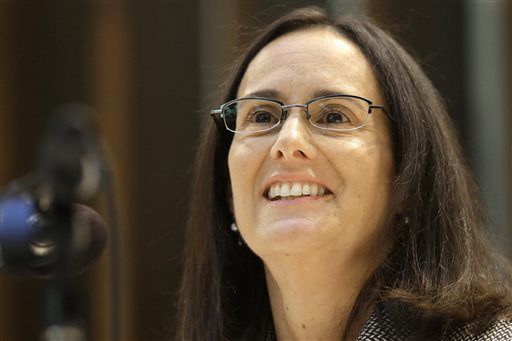