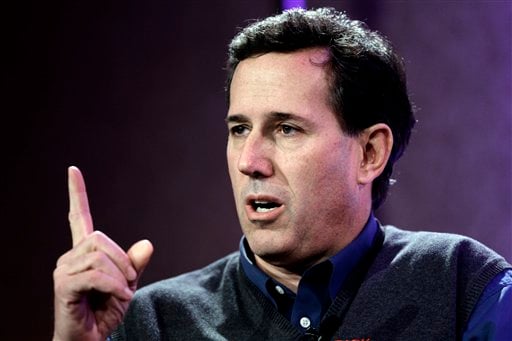 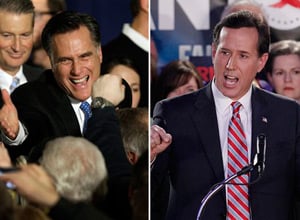 DES MOINES — Iowa Republican Party chairman Matt Strawn said he was “proud” of the party’s running of the Jan. 3 caucus even as incidents of missing votes, selective result leaks and a new end result threatened to give the process a black eye.

“It’s an embarrassment,” Drake University politics professor Dennis Goldford said. “I think people out of state are going to point a big finger at Iowa and say, ‘Look, you guys can’t even hold a competent election.’”

Also on Thursday, Strawn acknowledged that the votes for eight precincts in Iowa had been lost and were not part of the certified tally.

“Listen, I’m proud of the caucus process, and I’m proud that we had thousands of volunteers around the state that make the caucus process work,” Strawn said during a news conference at party headquarters in Des Moines. “I’m proud that an overwhelming majority of the counties, 99.96 percent, if I’m not mistaken, complied with the 14-day deadline to get their materials in so we could make an announcement this quickly.”

The Santorum campaign seized on the news, saying that the new figures prove Romney is vulnerable.

“We’ve had two early state contests with two winners — and the narrative that Governor Romney and the media have been touting of ‘inevitability’ has been destroyed,” said Hogan Gidley, a campaign spokesman. “This latest defeat of Governor Romney in Iowa is just the beginning, and Rick Santorum is committed to continuing the fight as the clear, consistent conservative voice in this race.”

“I would like to thank the Iowa Republican Party for their careful attention to the caucus process, and we once again recognize Rick Santorum for his strong performance in the state,” Romney said in his statement. “The Iowa caucuses, with record turnout, were a great start to defeating President Obama in Iowa and elsewhere in the general election.”

That the news focuses on a change in the results instead of reaffirming the earlier totals doesn’t help, said Chris Larimer, a professor of political science at the University of Northern Iowa.

“I think it obviously adds fuel to the fire (of caucus critics),” he said. “It hurts the Republicans first, but if it starts a conversation about the reliability, it could potentially hurt the caucuses in general.”

Common Cause, a nonpartisan political advocacy group, issued a statement Thursday calling the caucus results “an embarrassment to the party and the state.”

“Given the millions of dollars the candidates invest Iowa and the importance the state has assumed in choosing nominees, Republican and Democratic leaders alike owe it to Iowans and the nation to run a transparent process and provide a careful, accurate count,” Common Cause president and CEO Bob Edgar said even as he credited voters in both parties with showing “an admirable seriousness about their responsibility.”

Republicans, meanwhile, came to the defense of their party.

Senate GOP Leader Jerry Behn of Boone said it was a “great event for Iowa” and the party did “a great job.”

House Speaker Kraig Paulsen, R-Hiawatha, said anytime 120,000 people cast ballots there are going to be discrepancies and it is common for outcomes to change when the unofficial results get certified.

Gov. Terry Branstad, who was in Mason City on Thursday, told the Globe Gazette editorial board that he stood by the caucus process but there has to be a “better job of training people who are doing the reporting” for the caucuses.

Sam Roecker, communications director for the Iowa Democratic Party, said he couldn’t speak to the problems with the Republican results or what that might mean for the future of the caucuses.

“What I can say is Iowans take this process incredibly seriously, Republicans and Democrats,” he said.

Steffen Schmidt, a political science professor at Iowa State University, said both parties need to take steps to reassure voters here and nationwide that every vote counts and every voted would get counted.

“Iowa will need to tighten up and formalize the process. There is no way to escape this,” Schmidt said. “In 2012, you cannot have a loosey-goosey election that could determine the president of the United States.”

(Ed Tibbetts and Rod Boshart contributed to this story.)

NORTH CHARLESTON, S.C. — Texas Gov. Rick Perry on Thursday dropped out of the race for the Republican presidential nomination and endorsed New…

MASON CITY, Iowa — Election officials were mystified Thursday as to how Iowa caucus results from two northern Iowa counties were not accounted…