Seven months after he lost re-election, Bobby Schilling is back in the private sector.

But he's not flipping dough at his family’s pizza parlor. The one-term congressman from Colona, Ill., is working for a Rock Island company that seeks out foreign investors who want to earn visas to come to this country by investing in U.S. projects.

It’s a highly technical and regulated business, and Schilling’s job is to help vet potential projects. But the halls of Congress aren’t far from his mind.

It was Bustos who defeated Schilling last year by about 19,000 votes out of 288,000 cast in a hard-fought campaign that saw $14 million in spending, most of it doled out by parties and advocacy groups for negative TV ads.

Since the election, most political analysts have been expecting a rematch between the two, and Schilling has been keeping in touch with supporters.

There also have been occasional strikes via social media at Bustos’ early voting record, including her opposition to Republican and Democratic budget proposals. But for the most part, he’s kept a low public profile since exiting office.

That may not be the case for long.

“We’re leaning toward running, but it’s one of those things … where it’s going to be a family decision,” the former congressman said last Thursday before heading off to work.

While he officially is not a candidate, it’s clear Schilling is considering lines of attack.

He says recent controversies enveloping the Obama administration, such as the Internal Revenue Service’s targeting of conservative groups, will work in the GOP’s favor. And he faults Bustos for keeping campaign contributions from the National Treasury Employees Union, which represents federal employees at more than 30 federal agencies and departments, including the IRS.

“These are going to be nice solid plays for us,” Schilling says.

There still is plenty of time for candidates to jump into the 17th Congressional District race. But Mike Steffen, the new chairman of the Republican Party in Rock Island County, the most populous part of the district, thinks the nomination is Schilling’s for the taking.

“I don’t see anybody stepping on his toes if he wants to run,” he says.

There is one person interested. Rock Island lawyer Eric Reyes scheduled an announcement Saturday afternoon to say he plans to run for the GOP nomination. Last cycle, Reyes announced he would run as a Democrat but did not file a petition, saying he would run as an independent instead. However, he did not get enough signatures to appear on the ballot.

Bustos is clearly readying for a 2014 challenge. She raised more than $200,000 in the first quarter of this year, a record in the Quad-Cities for this point in the election cycle. Last week, she was in Chicago for a fundraiser for congressional Democrats that featured President Barack Obama.

She’s also kept up a busy schedule of official appearances on weekends and when Congress hasn’t been in session. Last week, she huddled with a half dozen veterans at the American Legion hall on 15th Street in Moline.

Schilling appears to be readying himself for 2014, too. In the interview, he was critical of Bustos for voting against the Republicans’ fiscal year 2014 budget resolution, as well alternatives such as the rival proposal from House Democrats.

“People want folks going in and making tough decisions,” he said. “Where has she shown leadership? That’s the question. That’s what people want to know.”

Schilling's vote for the Republican budget proposals, authored by Rep. Paul Ryan, in 2011 and 2012 were major targets of the Bustos campaign last year.

Colin Milligan, a Bustos spokesman, says that the congresswoman has provided leadership by introducing bills aimed at fostering job growth and that she's done the same on the budget by introducing a proposal geared toward implementing Government Accountability Office recommendations to reduce waste and duplication in federal programs.

Bustos voted against the House Democrats’ budget resolution because it lacked specifics about where the revenue increases in the proposal would come from, Milligan says.

A 2014 rematch between Schilling and Bustos would involve a different slice of the electorate from last year.

Typically, midterms involve more politically active voters than presidential elections, and many Republicans are hoping next year’s elections will be a repeat of 2010, when the GOP swept into power in the House.

In the interview, Schilling chalked up his loss last year to Obama’s presence on the ballot.

“There was no way it was winnable with Barack Obama at the top of the ticket. It was an impossible task,” he says, adding he thinks he would have won had it been a midterm election.

Doug House, the Democratic Party chairman in Rock Island County, vows there will be no repeat of 2010. He says the party won’t be caught napping and voters know Bustos is working for them.

“I think he’s got a mountain to climb here,” House says.

In the months after his defeat, the father of 10 says, he’s been going to kids soccer games and doing his new job.

Schilling, who was known as the “pizza man” when he got to Congress in 2011, is now doing something quite different for a living.

He works for CMB Regional Centers of Rock Island. The company pools money from foreign investors who want permanent residency and investment opportunities in the United States. It utilizes the federal EB-5 visa program, which extends visas to foreign investors willing to put at least $500,000 into projects that create or preserve at least 10 jobs in the U.S.

The program was created by Congress as a pilot project in 1990 to create U.S. jobs and has been reauthorized ever since then. A recent Wall Street Journal article said it has increasingly been a source of capital for projects, as banks and other lenders tightened their belts during the economic downturn.

CMB’s president is Patrick Hogan, who says projects and investors must go through a rigorous process, which is overseen by U.S. Citizenship and Immigration Services.

Schilling is CMB's director of business relations and government affairs, according to the company's website. Hogan says he hired him for his business insights.

As for the pizza business, Schilling says one of his sons is running Saint Giuseppe’s Heavenly Pizza parlor. But he says he still has a hand in the business.

Recently, he says, he helped to rebuild the restaurant’s oven when it needed work. 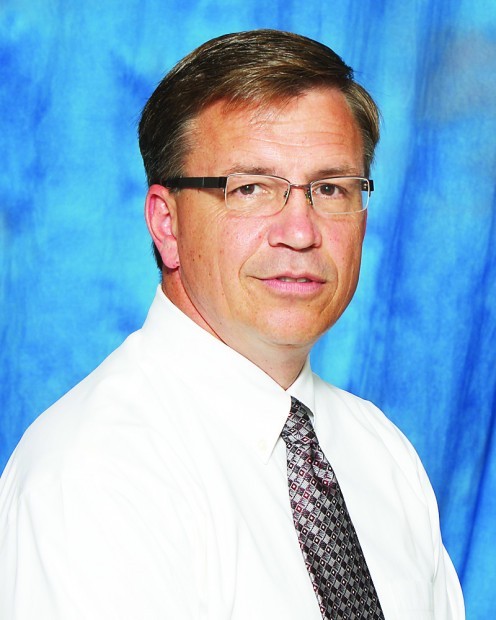