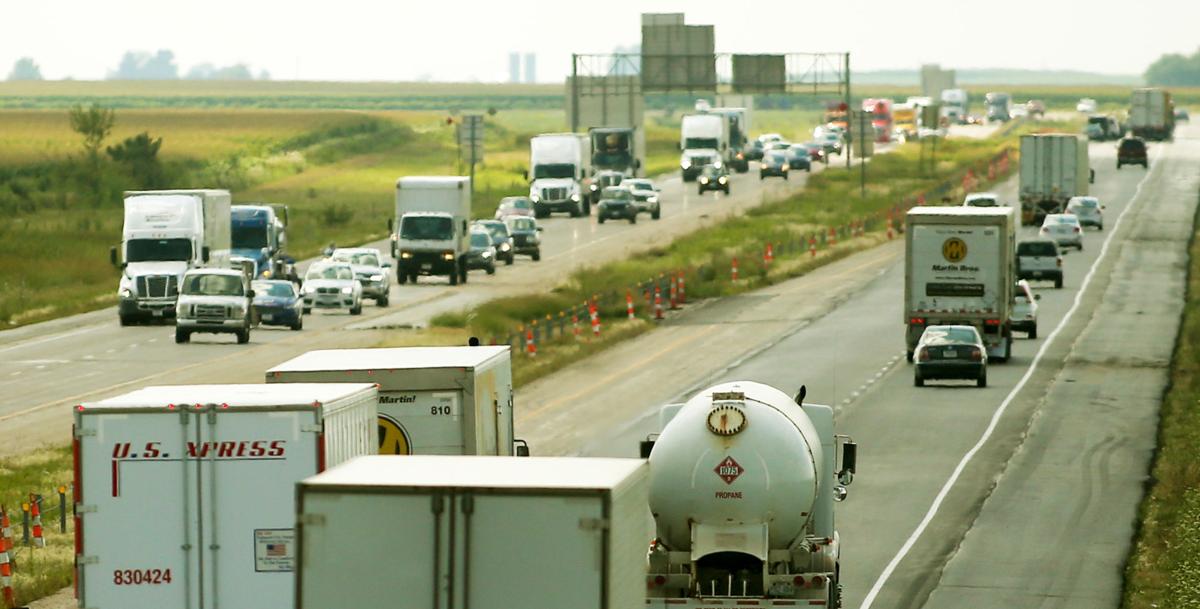 A image from an Iowa Department of Transportation website shows a rendering of the interior of an automated vehicle.

By 2040, at least a fifth of the traffic on Interstate 80 in Iowa will be highly automated, a new Iowa Department of Transportation study says, and planners need to take into account the coming changes when preparing for the future.

The study, which is part of a larger DOT analysis aimed at positioning rural parts of I-80 for the future, says the higher levels of automation would mean increased capacity and fewer accidents.

"These technologies have the potential to really improve safety," said Brad Hofer, assistant director of the DOT's Office of Location and Environment, which was in charge of the study.

Automated vehicle technologies are under rapid development. And although driverless cars are far into the future, some experts say, the idea that a significant share of traffic along Iowa's main east-west highway would be highly automated in less than 25 years is striking.

"In the beginning, I think we were all taken aback by it," Hofer said. However, after discussions with industry sources and others, he thinks the prediction is "in the ballpark."

The DOT study, which was released last month, acknowledges that predicting the adoption of automated vehicle technologies is highly uncertain.

In fact, the DOT's prediction was that, by 2040, somewhere between 20 percent and 85 percent of traffic will be highly or fully automated.

That's a wide range. Even at the low end of use, however, safety gains would be significant, the study said.

"Even at 25% AV adoption, a nearly 20% crash reduction is anticipated," the study said.

At 85 percent, the study predicted, there would be a 50 percent reduction in fatalities and major injuries.

By 2060, the study said, 65 percent to 100 percent of traffic is expected to be highly automated.

There are varying levels of automation. The Society of Automotive Engineers defines six levels, with zero being not automated at all and 5 being fully automated. The DOT's predictions refer to the two highest levels, Hofer said.

There are significant differences between levels 4 and 5, said Dan McGehee, director of the National Advanced Driving Simulator at the University of Iowa.

"It doesn't mean you're going to have robots driving I-80," he said.

He said, however, that at level 4, specific functions have a high level of automation.

McGehee thinks driverless cars are far into the future.

"I don't see that happening for decades," he said.

Iowa has been aggressive in planning for the future. The state is currently in a partnership to create high definition maps of hundreds of miles of roads in the Iowa City/Cedar Rapids area to ready itself for higher levels of automation.

The I-80 study, which was launched a year ago, is aimed at informing policymakers on how to proceed with an increasingly busy rural I-80, particularly in eastern Iowa.

Much of the study is pointing to a six-lane I-80 in the future. Already, in eastern Iowa, traffic is approaching capacity, Hofer said.

The addition of automated technology helps with that problem, he said, but it likely would not stop the need for six lanes in the eastern part of the state.

Greater use of automated technologies could affect the timing and shape of expansion in some parts of the state.

"Adoption of AV buys us some significant capacity," Hofer said.

Several other considerations are going into the I-80 study. Already, the DOT has issued technical reports on the status of bridges spanning the interstate, the option of lane restrictions and investing in state highways that parallel Interstate 80. A final report is due by next year.

To read more about the Interstate 80 study, go to iowadot.gov/interstatestudy.

A image from an Iowa Department of Transportation website shows a rendering of the interior of an automated vehicle.