Less than a quarter of one percent of Davenport residents are driving roughly half of gun violence in the city, according to new statistics compiled by the National Network for Safe Communities.

Using federal pandemic relief dollars, Davenport contracted with John Jay College to do an analysis of the last five years of gun crime in Davenport to inform the city's strategy to tamp down gun violence.

According to the new statistics, 0.18% of Davenport residents are driving between 51% and 56.5% of gun violence in the city. That fraction of a percent are "Group Member Involved," which National Network defines as being involved with an active street group like a gang, drug crew or neighborhood set. About 5.5% of perpetrators of gun crimes were "likely" involved with groups. About 25.8% of gun crimes analyzed were not connected to groups.

The statistics, Davenport Chief Strategy Officer Sarah Ott told city council members this week, inform a strategy that engages directly with people in or involved with active street groups in an attempt to intervene in cycles of violence. The strategy involves community members with credible moral messages against violence, such as a former group member or a mother who lost a child to gun violence, a social service provider to make an offer of services, and law enforcement officers to emphasize the consequences of continued violence.

"Oftentimes, we can feel like that gun violence is a very large problem, a very nebulous problem," Ott said. "How are we ever going to wrap our arms around this? How are we ever going to bring this under control? But what we have found out is that it's actually a very small number of people that are driving over 50% of this crime. So if we can reach out to in effect that less than two tenths of a percent of our population, we can see a dramatic reduction in our gun crime."

Davenport city staff pitched the strategy for Davenport after the city saw record gunfire in 2020.

"We know that there are groups in our communities, we use the term group and not gang," Ott said. "All gangs are groups, but not all groups are gangs. Groups are social affiliations. And we know that their cycles of retaliation and retribution with each other are often driving a lot of this violence. And so that social concentration between groups is something that GVI is looking to intervene in."

This summer, the city hired DeAmbuir Carter, a former probation and parole officer and Davenport resident, to lead the strategy.

As part of Carter's job, a two-year grant-funded position, she'll find and coordinate messengers, track data on the program, and coordinate resources to address participants’ challenges, such as housing, physical and mental health care and substance abuse, according to the city. 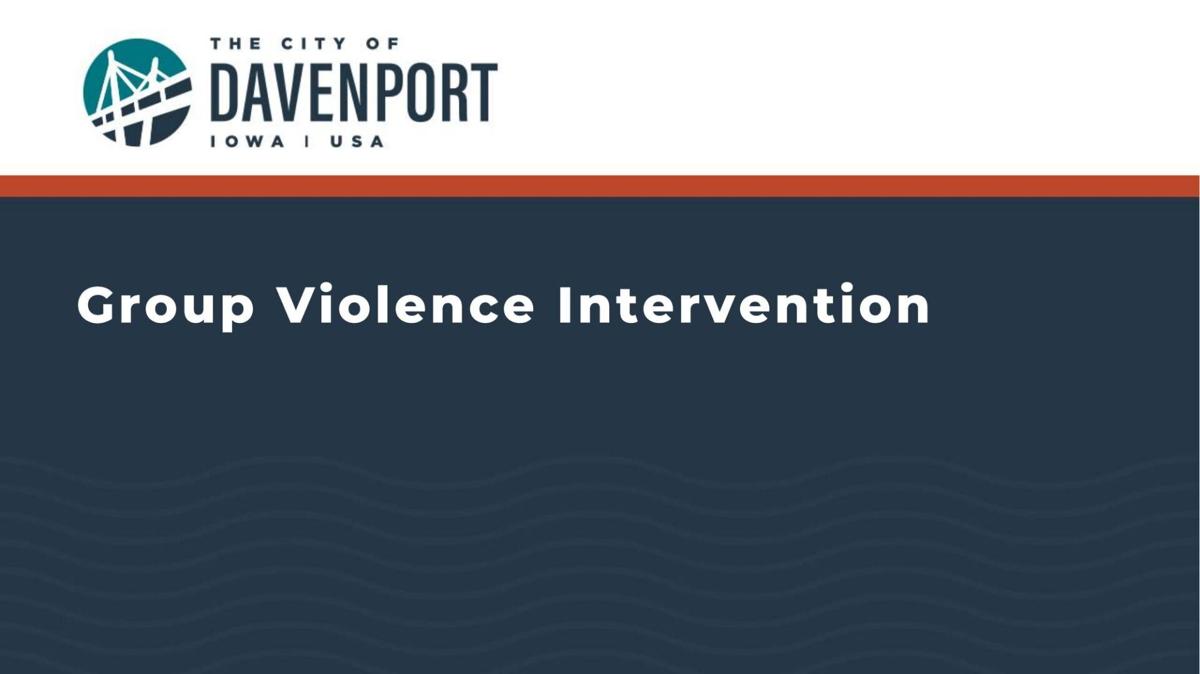 Davenport is hiring a coordinator to lead a violence-prevention strategy roughly nine months after the city council allocated funding for the position.

Davenport aldermen will vote next week on whether to award a two-year, $385,000 contract to National Network for Safe Communities at John Jay …

Members of a task force deliberating ways to address what is arguably the most pressing issue facing the Quad-Cities — persistent gun violence — will continue to do so without the public's involvement.

Nearly five weeks after a fight among people in a large group assembled atop a downtown Davenport parking ramp erupted in gunfire, police have…