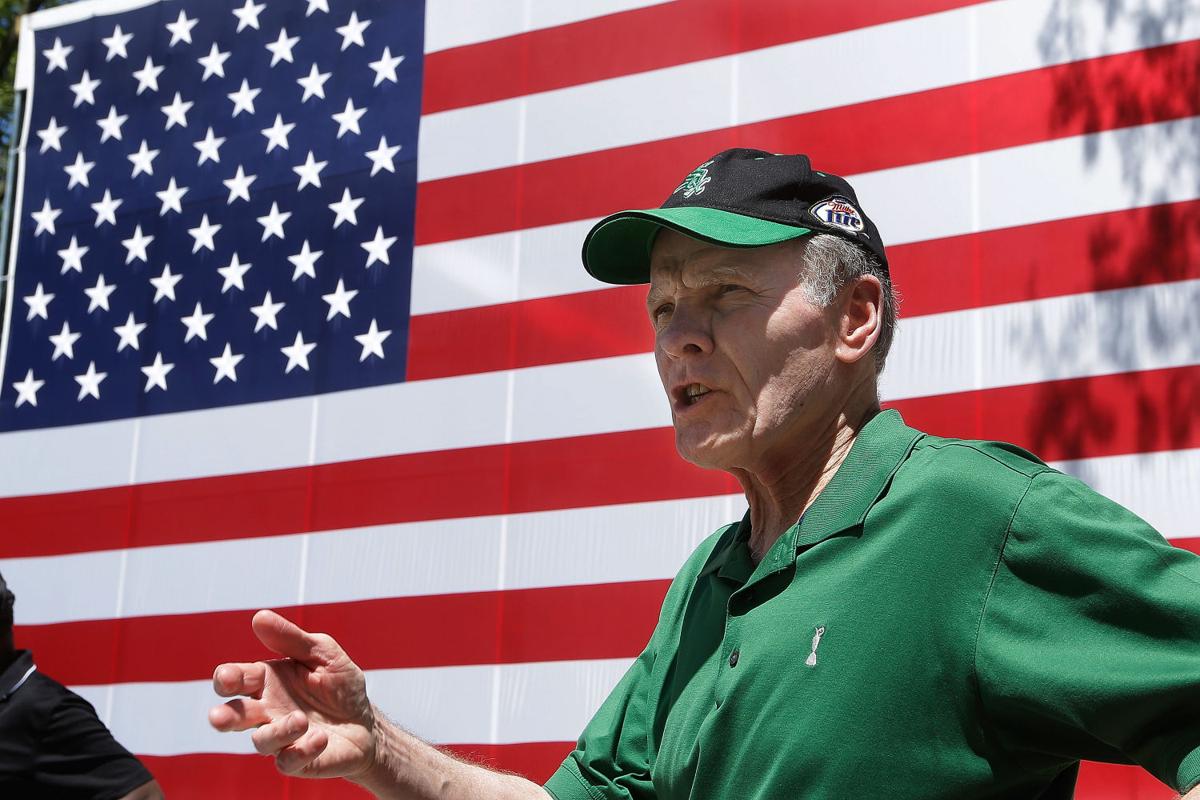 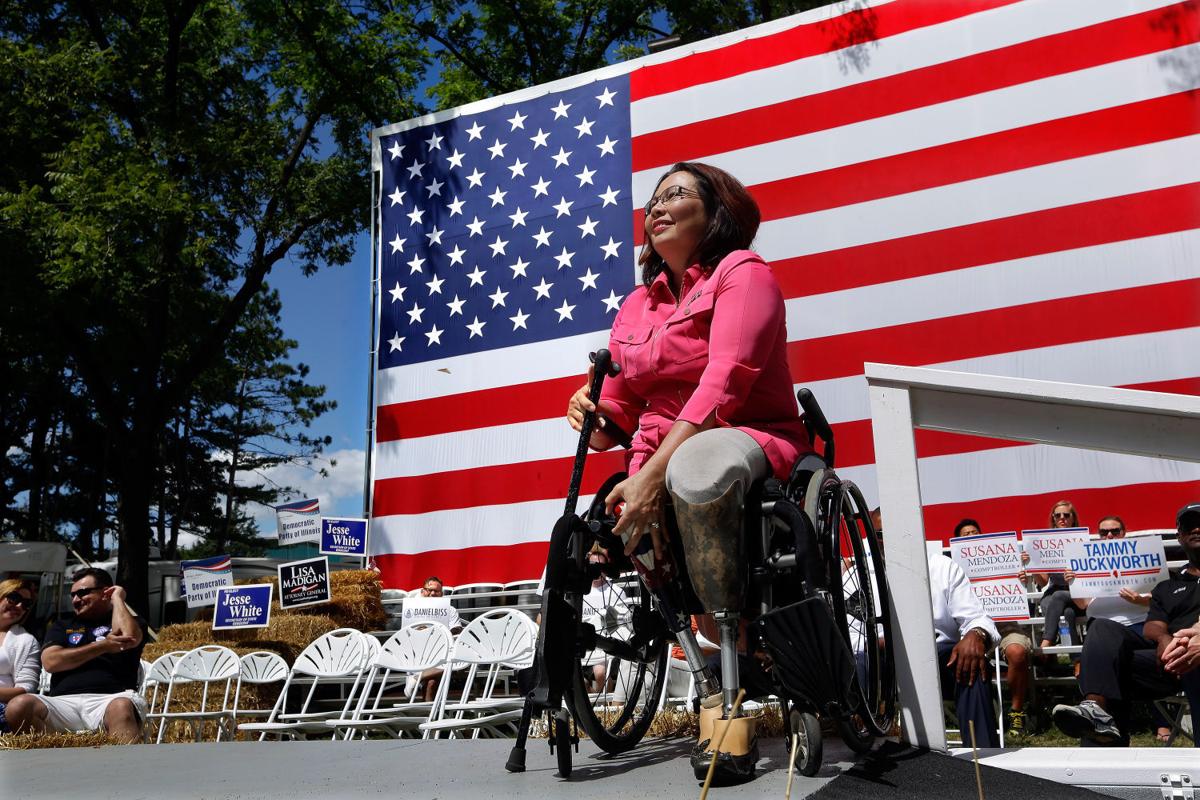 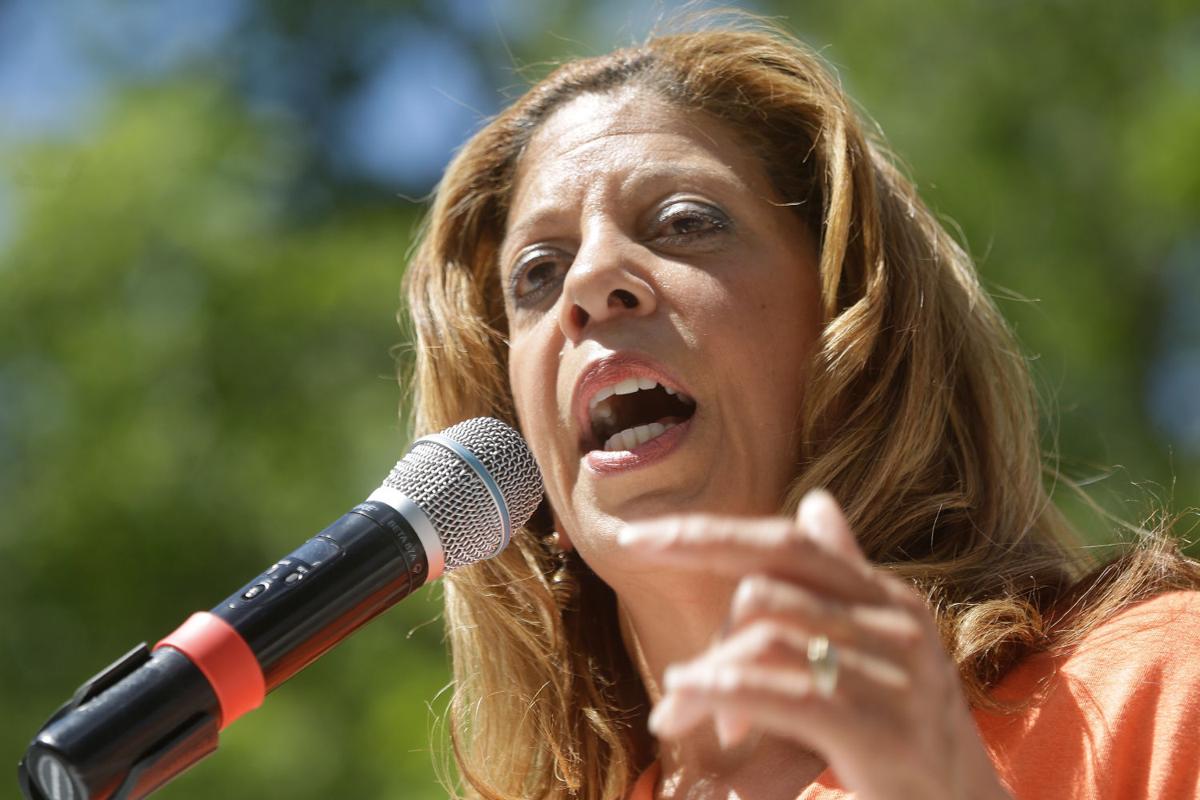 SPRINGFIELD — The Illinois State Fair may have helped Gov. Bruce Rauner and House Speaker Michael Madigan finally find something they agree on: Both say their fight is no small thing.

A day after the Republican chief executive described his battle against the leader of the Democratic Party in Illinois as "titanic," Madigan told a large crowd of Democrats that the party is involved in an "epic struggle."

"We will not waver in our commitment to stand in support of working-class families," Madigan said during a short speech before heading to Democrat Day activities at the fairgrounds.

The jumbo-sized battle references come eight months after Rauner took over as the first GOP governor in 12 years and nearly eight weeks after he and lawmakers entered a new fiscal year without a budget in place.

With Democrats pushing back against Rauner's attempts to weaken labor unions, state government is in gridlock and programs that help the elderly, mentally ill and poor are closing down.

Former Lt. Gov. Sheila Simon downplayed the idea that Democrats were having a picnic while some people were being hurt by the partisan infighting.

"I don't know that I would say it is so much celebrating as organizing," Simon said. "And we're definitely in a position that we need to be organizing."

State Rep. Brandon Phelps, D-Harrisburg, said he supported canceling both the Illinois State Fair and Du Quoin State Fair this year because of the lack of a budget.

"I think we should stay in session every day until we get something done," Phelps said.

Along with the traditional rally cries to stand in support of labor unions and the middle class, Democrat Day offered an early glimpse at a handful of top tier races on deck for 2016.

While U.S. Sen. Dick Durbin is backing U.S. Rep. Tammy Duckworth in the race to take on Republican U.S. Sen. Mark Kirk next year, Chicago attorney Andrea Zopp said she has the correct mix of experience to be a better candidate.

Zopp, a former federal prosecutor and head of the Chicago Urban League, won a key victory earlier this week when the Cook County Democratic Party said it wouldn't be endorsing in the race, leaving the voters to decide who gets the nod.

Before heading to the fair, Duckworth offered up a preview of her campaign theme.

Two Democrats seeking to oust appointed Republican Comptroller Leslie Munger next year offered an early glimpse of what their race might be like.

"I look around the state and I see a stalemate between Bruce Rauner and Mike Madigan, and I ask what is the best way for someone with my abilities to break that logjam and move the state forward," said state Sen. Daniel Biss of Evanston. "I think a fiscal office with a statewide platform to tell the truth to the people of Illinois is the best way for me to do good."

"At a time when the governor wants to devastate, eviscerate unions — hard-working men and woman in this state — it really needs an independent watchdog who will stand up to him and push back," Mendoza said.

Simon, of Carbondale, is considering a bid for the state Senate seat being vacated by Republican Dave Luechtefeld of Okawville. Republican Paul Schimpf of Waterloo also is poised to run.

"I think Bruce Rauner gives me reasons every week to get back into politics," Simon said. "I have fundamental disagreements with his perspective on labor in Illinois, with his apparent lack of concern for what's going on, for people who are hurting in the state of Illinois because of the lack of a budget. I think I have the tools to get in there and help to make the system work."