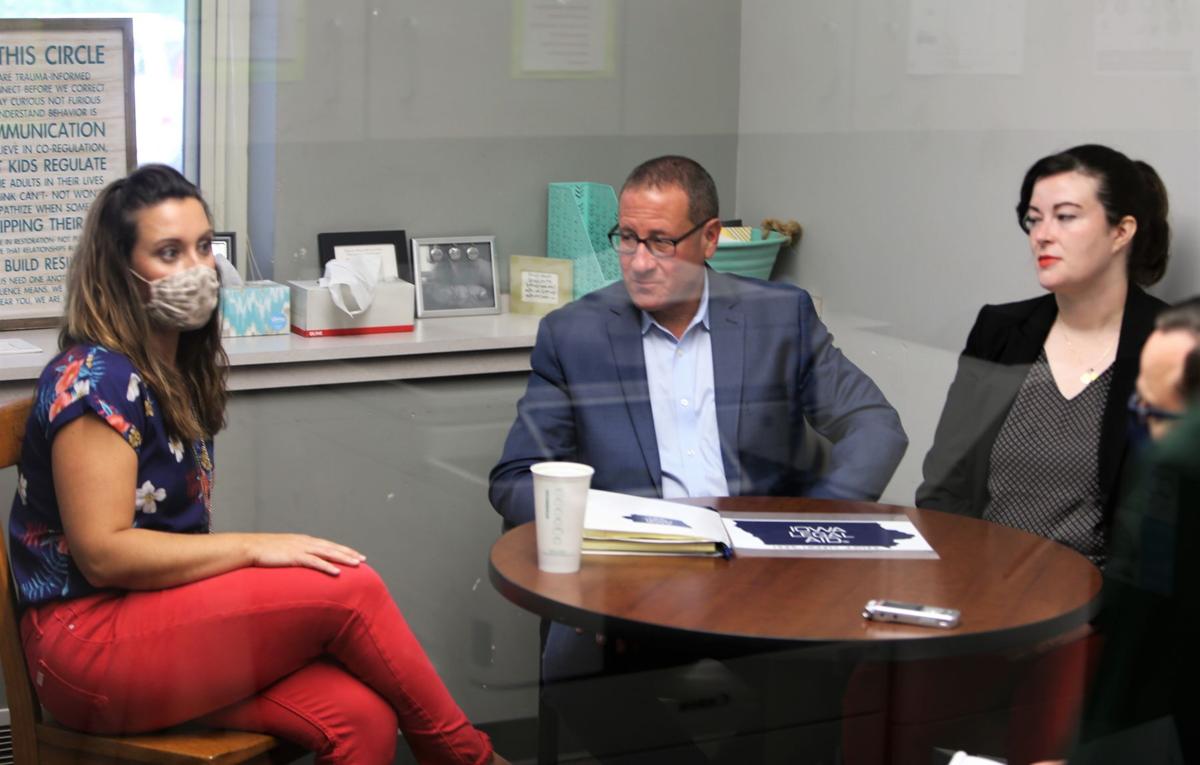 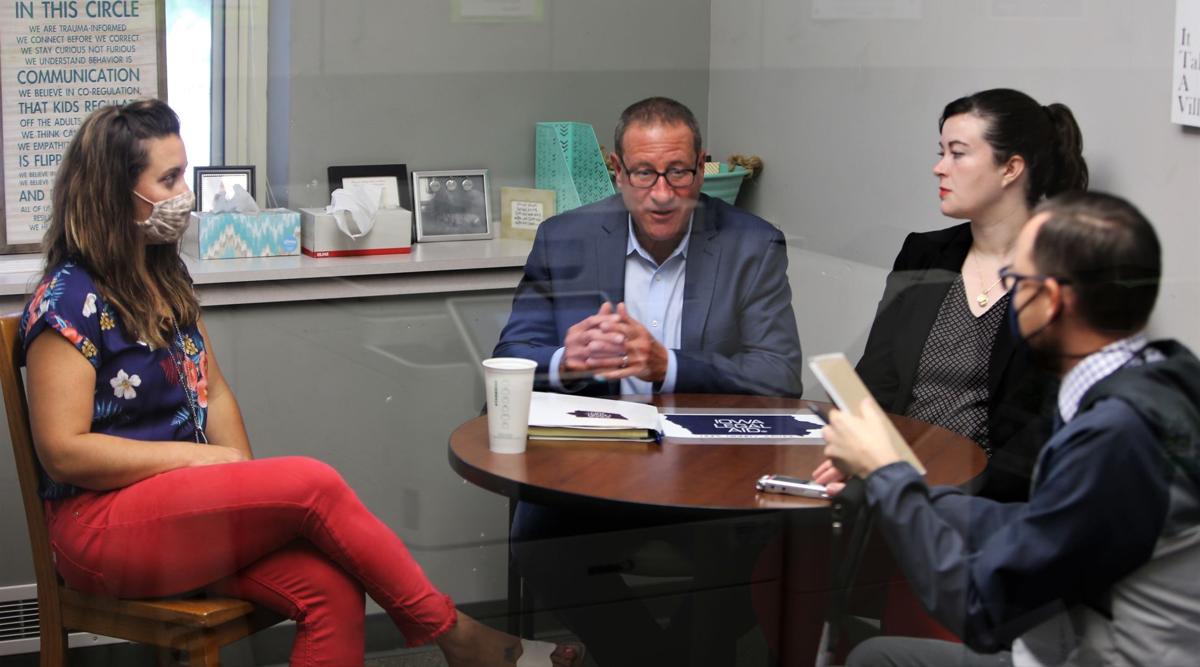 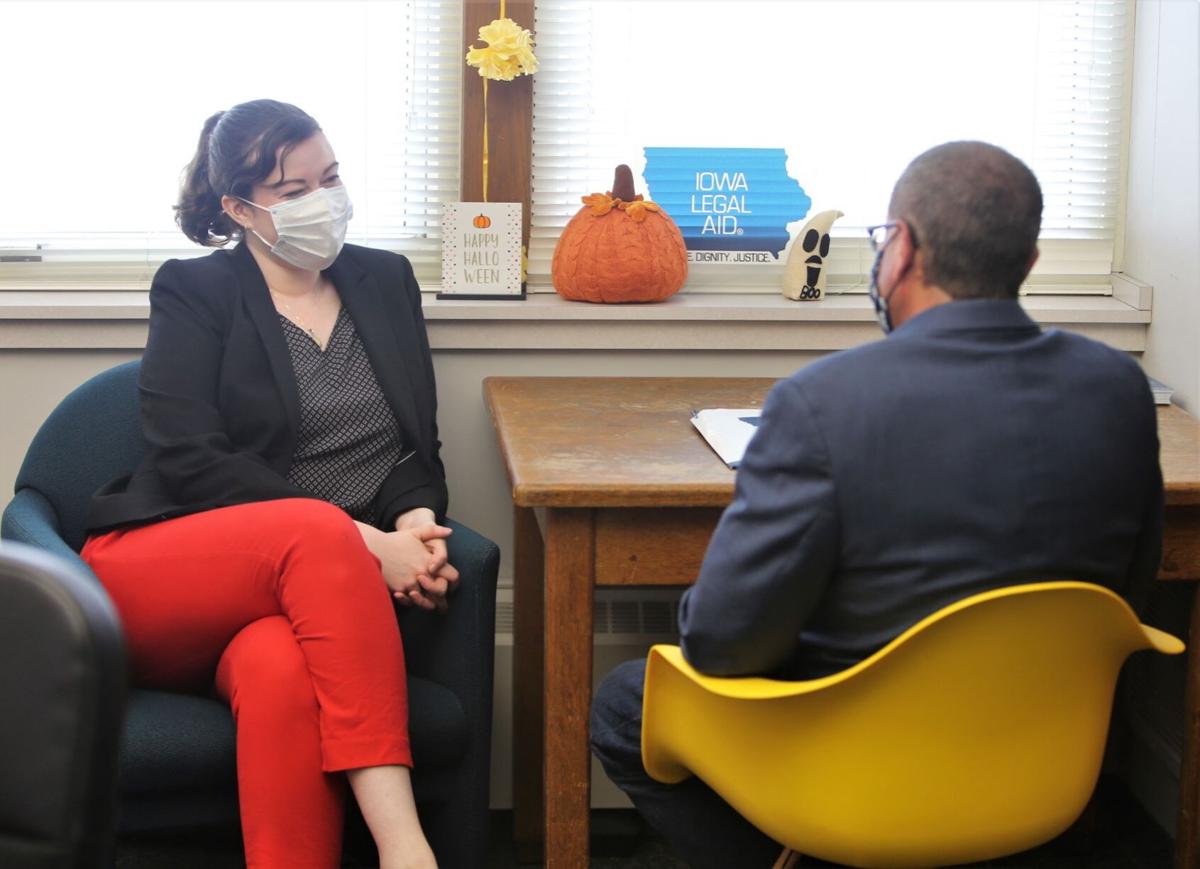 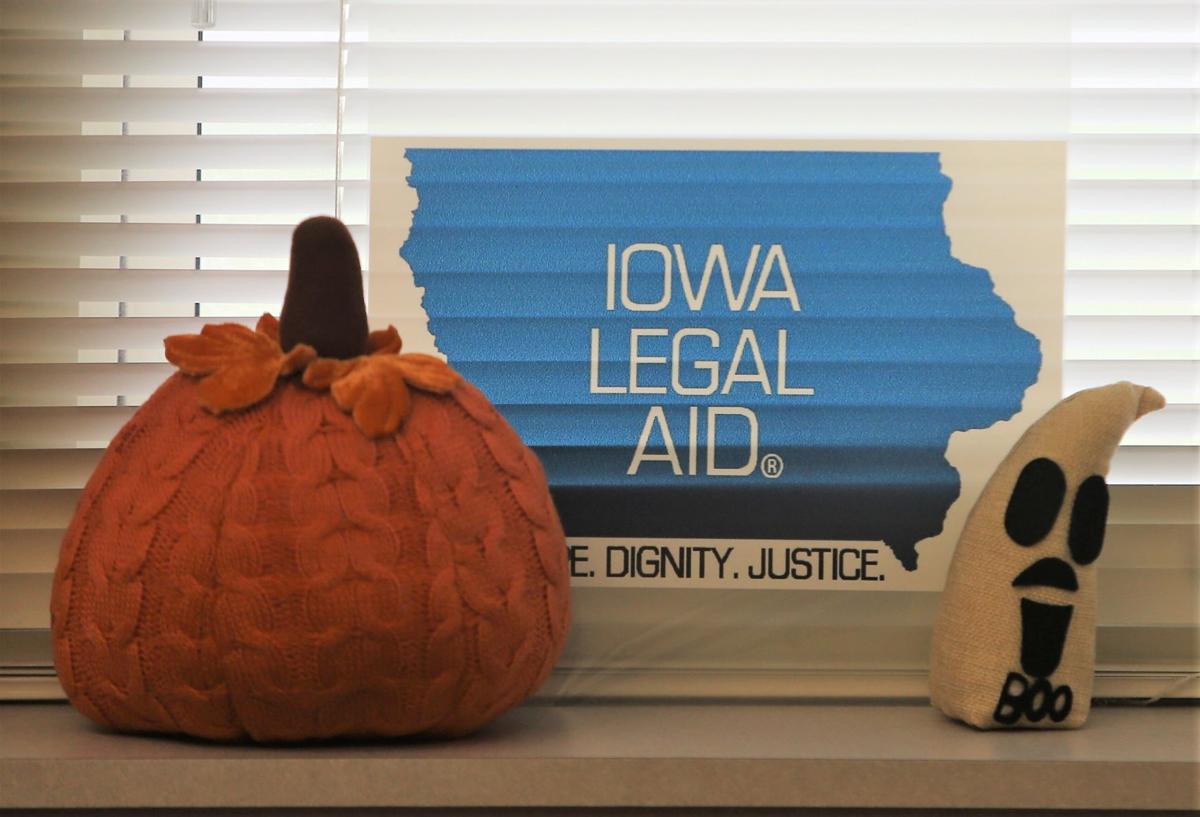 Davenport Community School District and Iowa Legal Aid have launched an innovative, first-in-the region program designed to address the impact of poverty on children in schools. The cornerstone of the project is an on-site legal aid clinic at Jefferson Elementary School

Tammy Davis felt like a hostage with little hope of escape.

While a victim of domestic abuse, the father of her three young daughters retained full custody and constantly threatened that she would never see them again if she reported the abuse, Davis said.

Two years later, the Des Moines mother has gained full custody of her girls, a protective order against their father, therapy for her girls, and assistance enrolling in community college classes, paying for needed car repairs and purchasing a computer.

All thanks to an innovative partnership between Iowa Legal Aid and Des Moines Public Schools to address the impact of poverty and childhood trauma on students in schools -- a partnership that has now expanded to Davenport.

"I couldn’t believe we were able to get so much help," Davis said.

"Children living in poverty face very special challenges in school," Smithberg said, from housing instability, food insecurity and domestic violence. "And any educator can tell you all these issues adversely impact educational outcomes."

Smithberg noted Iowa Legal Aid has been helping Scott County families with such issues for nearly 50 years. Establishing clinics in schools, though, provides "an environment of trust and access," where parents and caregivers "feel a certain level of comfort in reaching out with their problems," he said.

"So it's important we be part of that team," Smithberg said. "The educators do such a great job with these kids, but they can't reach outside of the building and get at the things that get in the way of the kids succeeding in school."

He noted children living in poverty "experience toxic stress," and even one adverse childhood experience can have "debilitating long-term impacts on health, education accomplishment, employment, substance abuse (and) longevity."

By focusing assistance one family at a time, Smithberg said Iowa Legal Aid and school staff aim to prevent, alleviate and, hopefully, negate the adverse effects of such trauma.

"If we can help families get to a situation where kids arrive at school in the morning and they're fed, they're rested and they're not anxious, those are kids who can learn," he said. "So what we're trying to do is make a space for the educators to their job, while we do our job."

"This program, which helps children escape the cycle of poverty, is a far better investment of community resources than continuing to expand the juvenile justice system," Croken said of steering children away from behaviors that can entangle them in the criminal justice system by helping families manage issues that limit educational success.

This is the time when an intervention can make all the difference in a kid's (life)," Croken said. "If they come out of Jefferson Elementary properly educated and feel secure about their lives to then move on to middle school and high school, other choices look much less attractive."

At the time Scott County officials are considering building a larger juvenile detention center, Croken said "we need to be asking at the same time, 'How much are we doing to avoid the need for jail for our children."

"And this is the kind of a program that is exactly what we need," he said.

While the roll out of the program was slowed by COVID-19 school closure last year, Jefferson School Principal Kamie Montoya said it could not come at a better time as students resume in-person learning, and the added stressors students and families are experiencing due to the pandemic.

"We're blessed. We're lucky. It's exactly the next step, I think, if we're truly going to break the cycle and change lives," Montoya said. "That math problem means nothing to that kid if they're hungry, haven't slept, don't have (proper) clothes (and are) getting made fun of."

Jefferson Elementary was chosen for the on-site legal clinic due to its high percentage of students from families living in poverty.

"For some families, (the assistance) is crucial," Montoya said.

Moving forward, Smithberg said Iowa Legal Aid hopes to expand the project to other schools in Davenport and elsewhere in the future.

The project, which costs about $150,000 to $200,000 per year per school site, is paid for through private supporters and statewide funding received by Iowa Legal Aid.

"(Teachers and school staff) just listened to my kids right away," who would talk about the abuse they witnessed at home and become disruptive in class, Davis said. "And they could see the signs that there was something wrong, and they helped us. They opened up so many doors," she said of working with Iowa Legal Aid and school staff.

School staff contacted the Iowa Department of Human Services and sat her down with a staff attorney from Iowa Legal Aid to help with her custody dispute and other issues, and put her in touch with Orchard Place in Des Moines, which provides child mental health services.

As a result, Davis said her daughters are "thriving" in school, and have "exceeded" goals established in their individualized education plans that lay out special education instruction, supports and services.

"They’re attitude and willingness (to learn) and sense of safety has completely changed," Davis said. "They’re doing amazing now. They’re interacting more with other children. They are really comfortable with staff and teachers in the schools. They just love it. The things they can open for you and help you with is amazing and never thought possible.

"Whoever came up with it is a genius."

Scott County housing advocates say there is still steady need for rent help after state requests its second round of funds.

Gilbraith will challenge Davenport Mayor Mike Matson, who is seeking re-election to a second term, in next month's city election. Early voting begins next week in Iowa's Nov. 2 city and school elections.

Davenport Community School District and Iowa Legal Aid have launched an innovative, first-in-the region program designed to address the impact of poverty on children in schools. The cornerstone of the project is an on-site legal aid clinic at Jefferson Elementary School