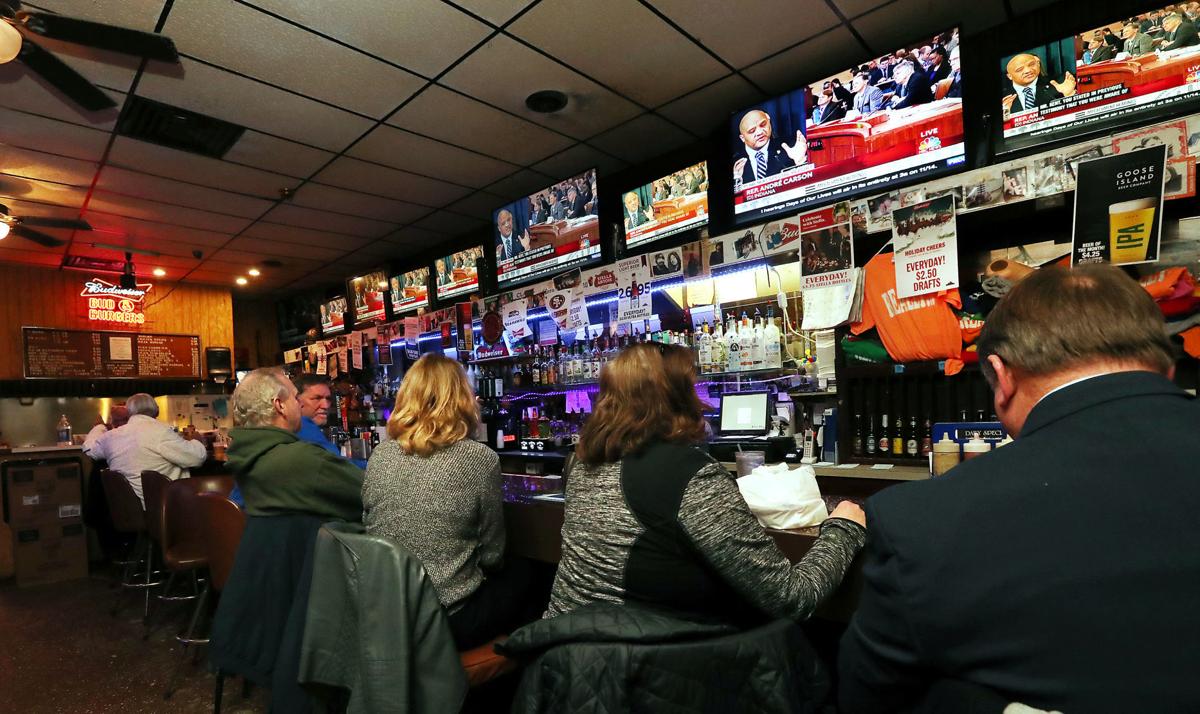 Customers enjoy lunch as the public impeachment hearings are shown on the televisions over the bar at Steve's Old Time Tap bar in downtown Rock Island, Illinois on Wednesday. 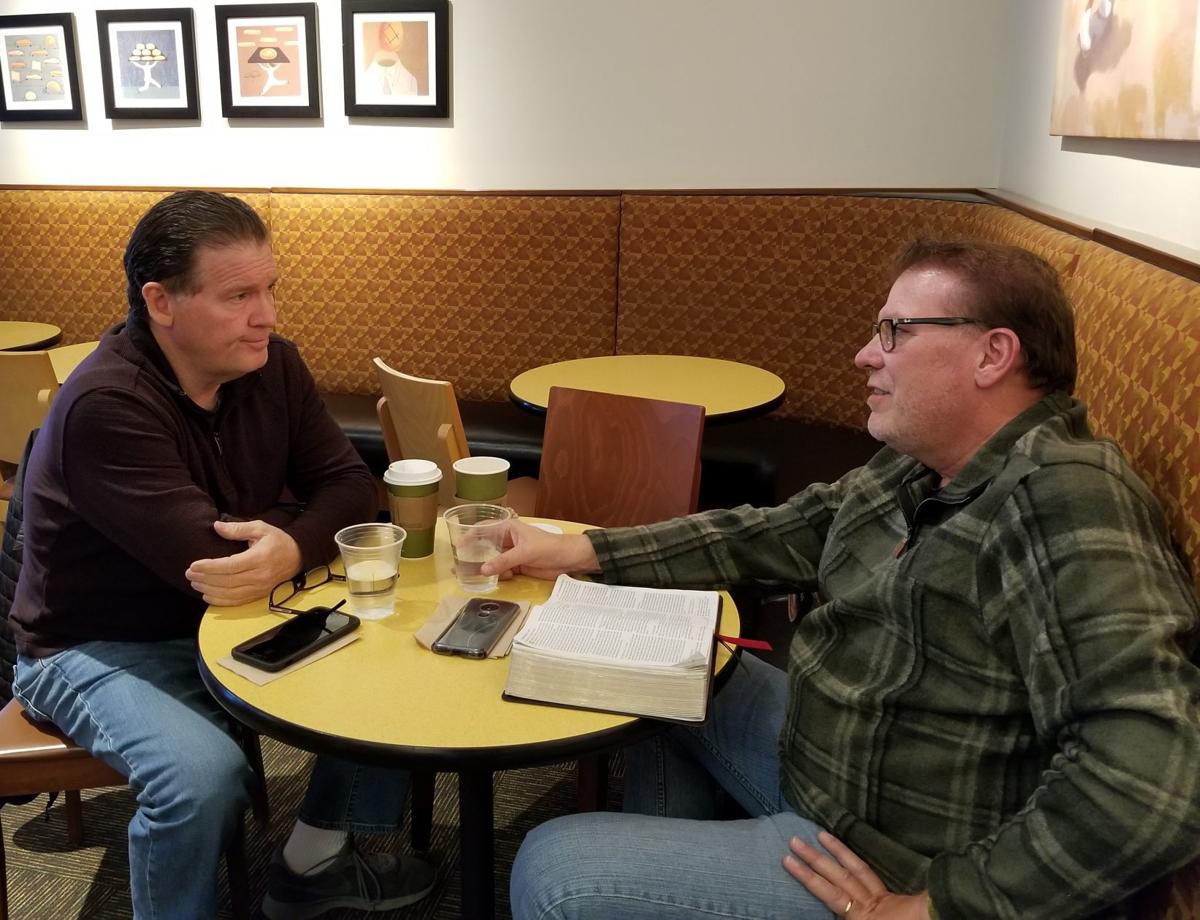 Ed Chambers, (left) and Jim Clayton, discuss impeachment proceedings against President Donald Trump during a break at Panera Bread in Moline on Wednesday. 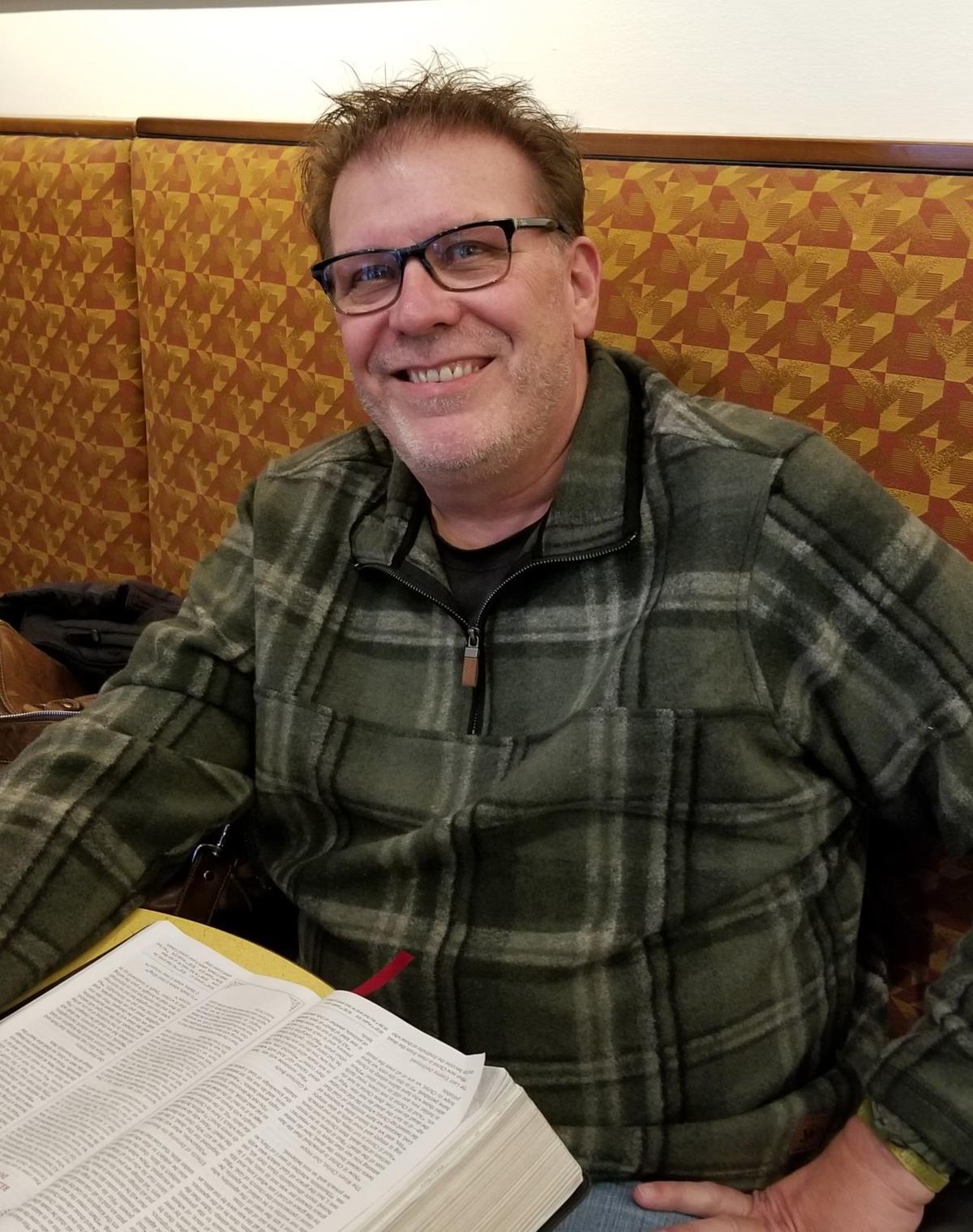 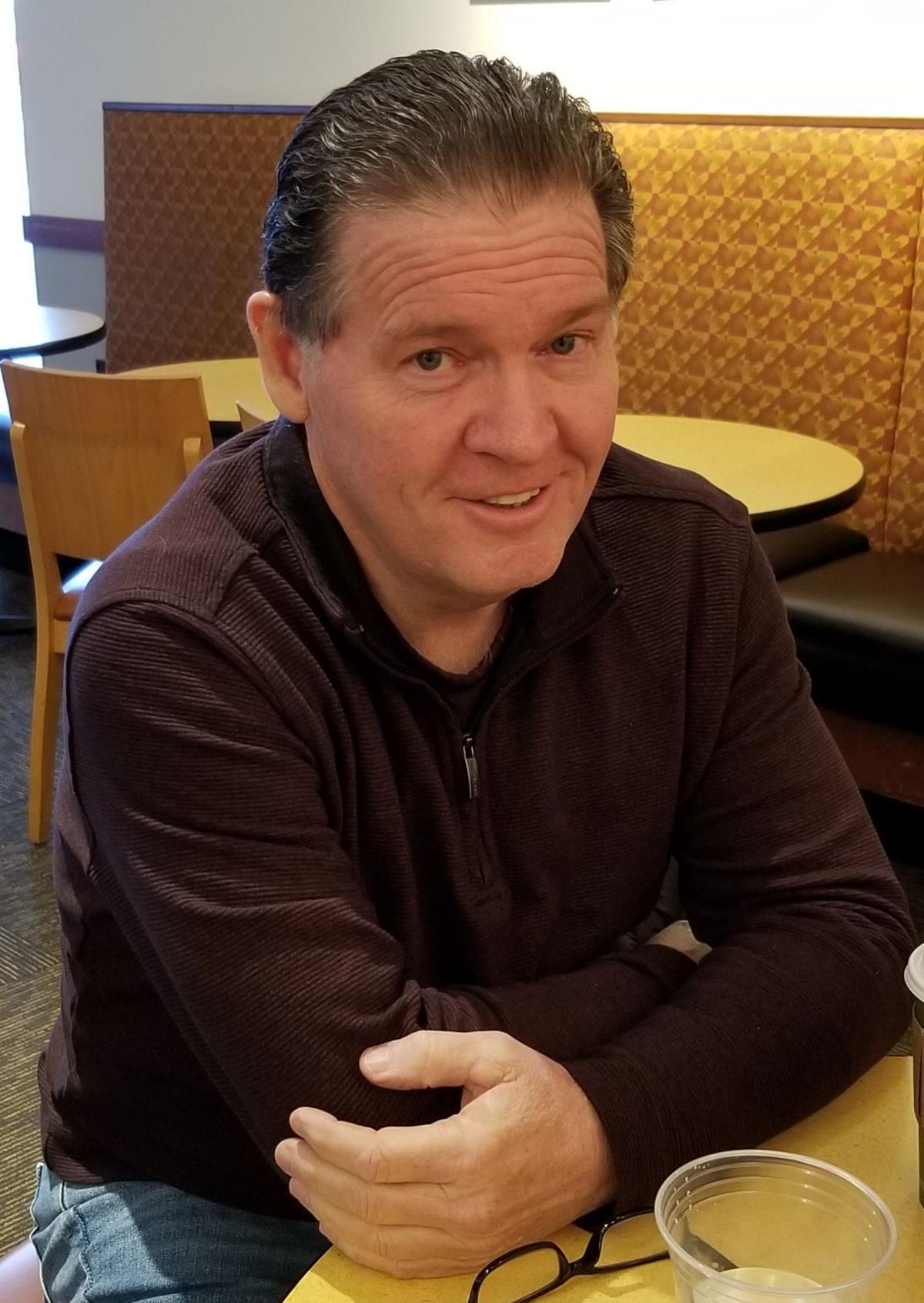 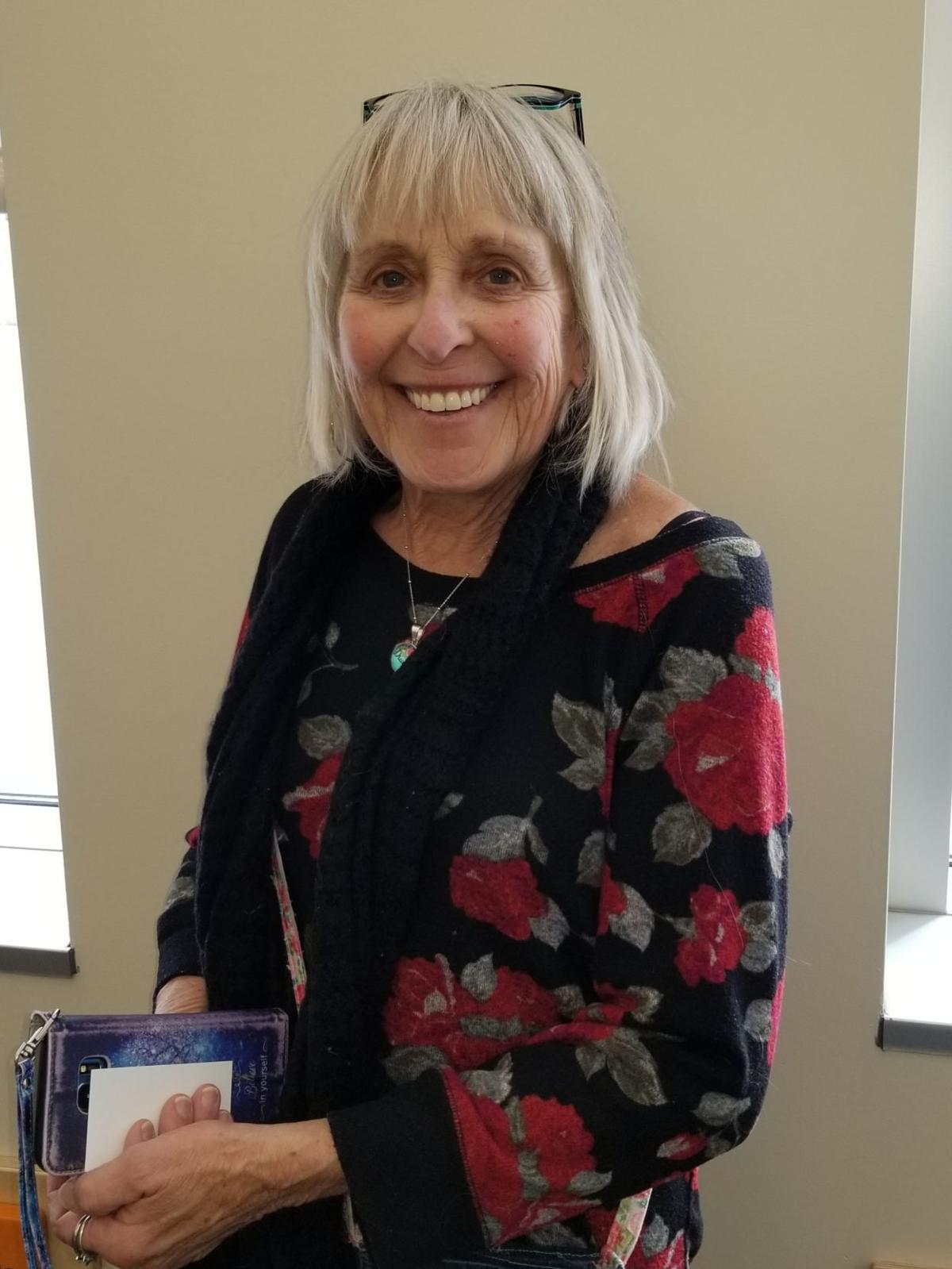 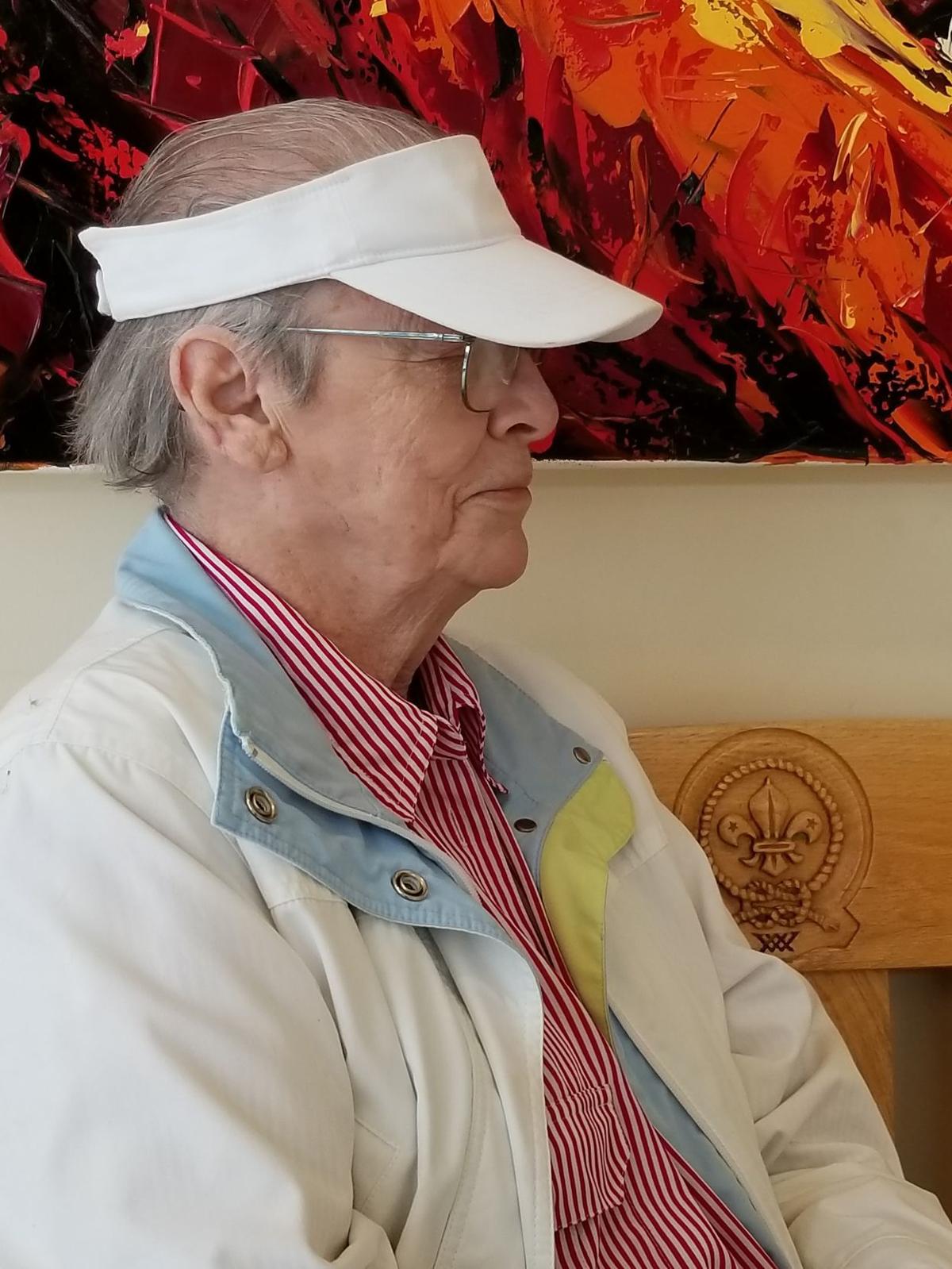 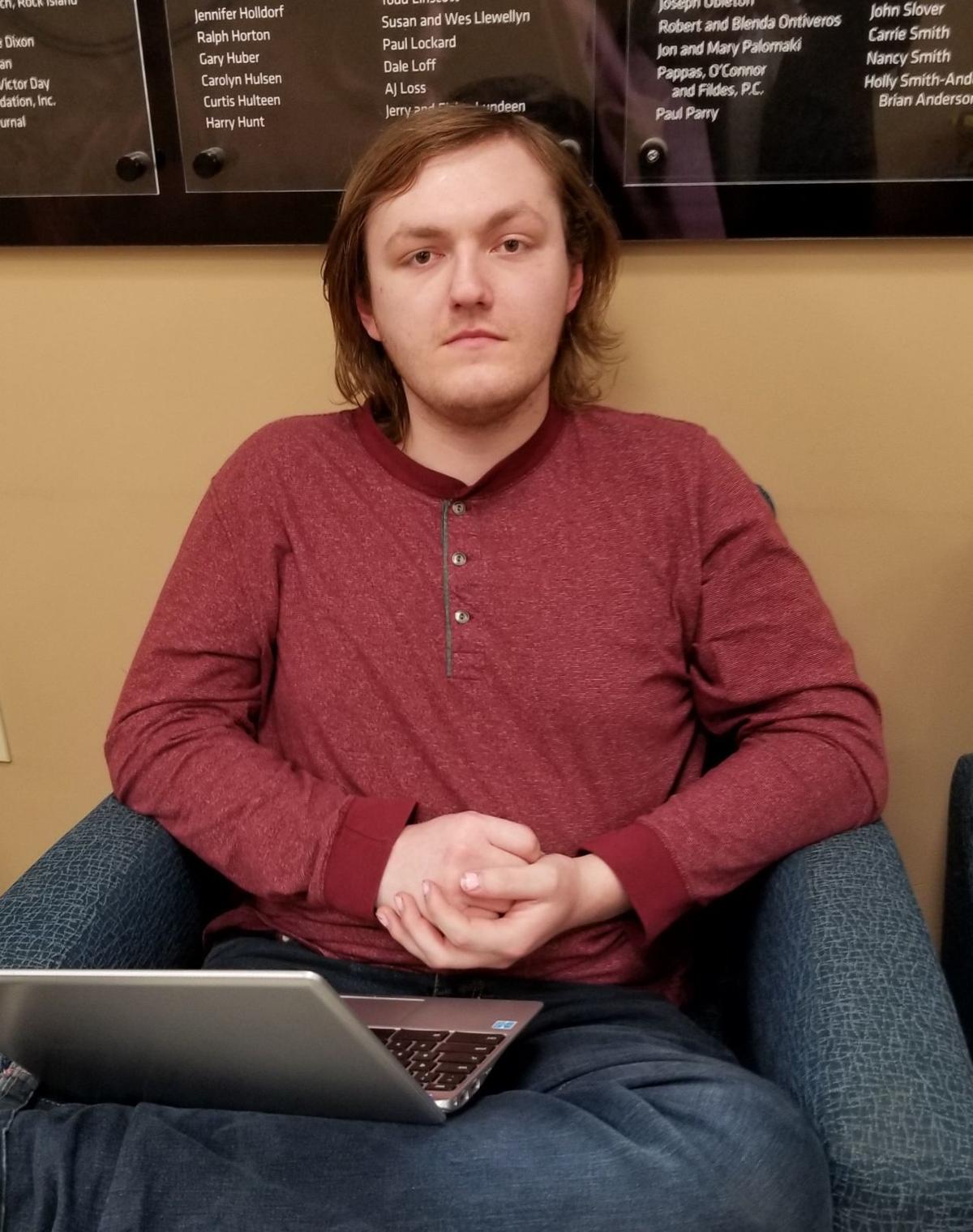 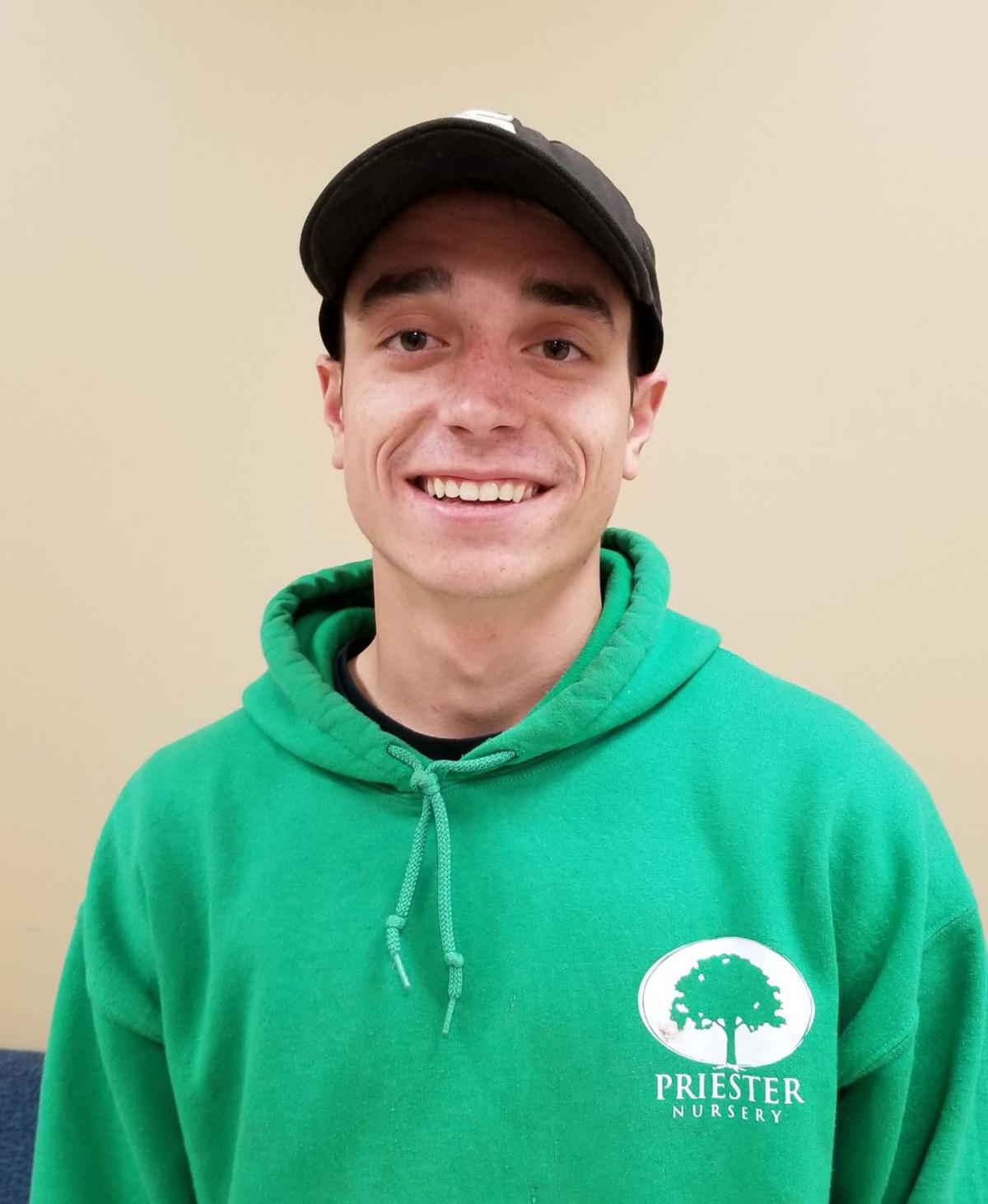 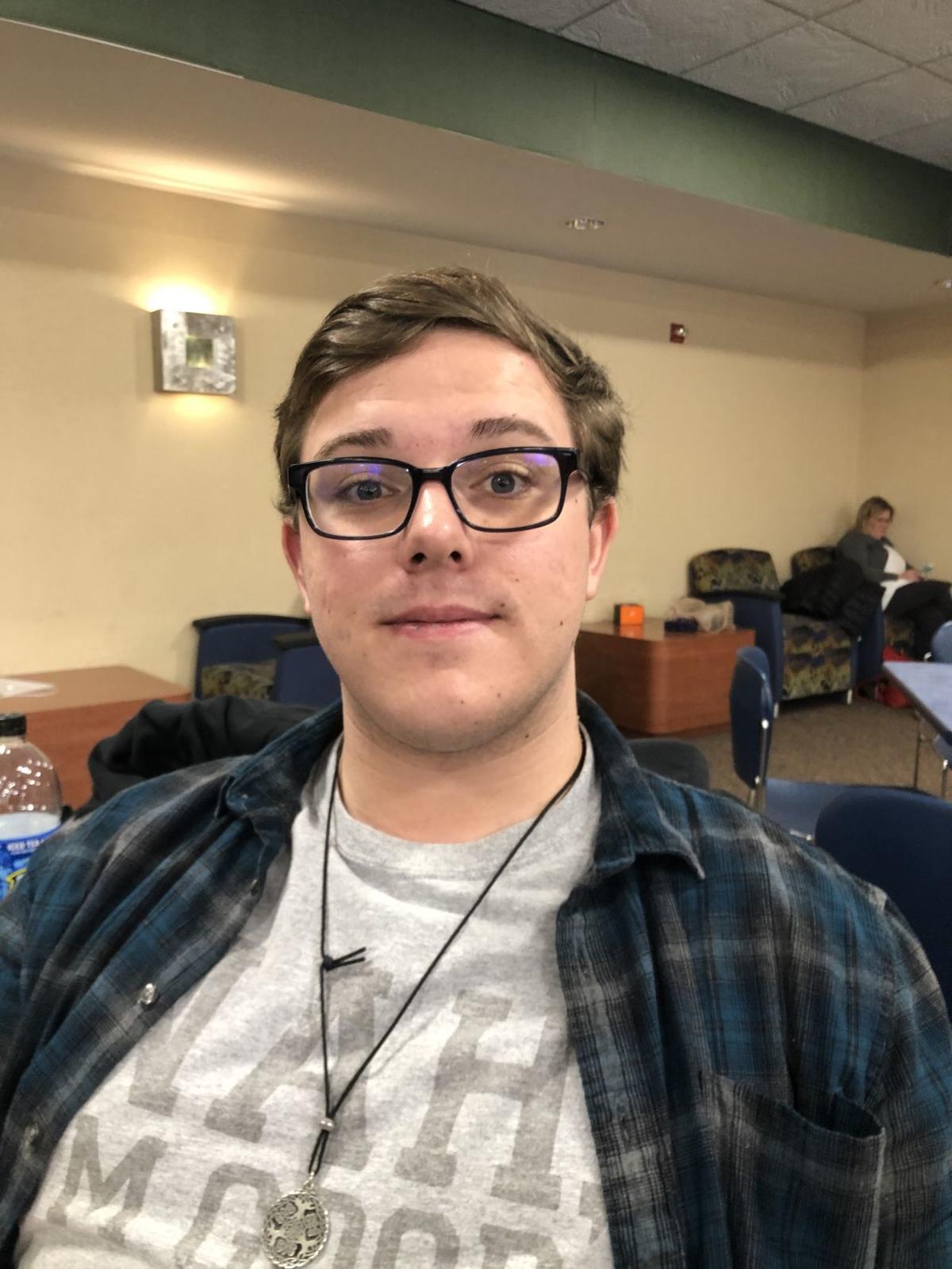 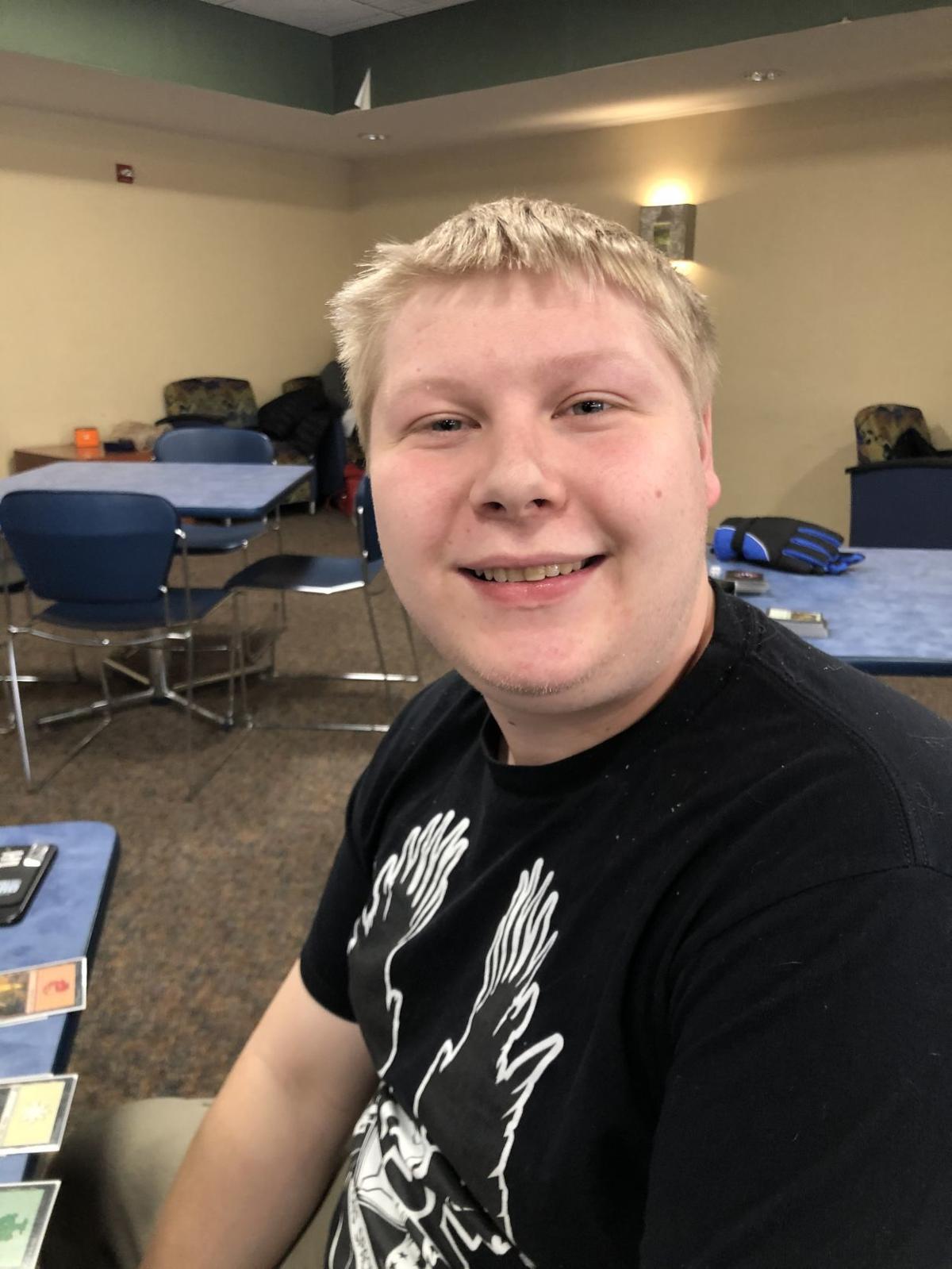 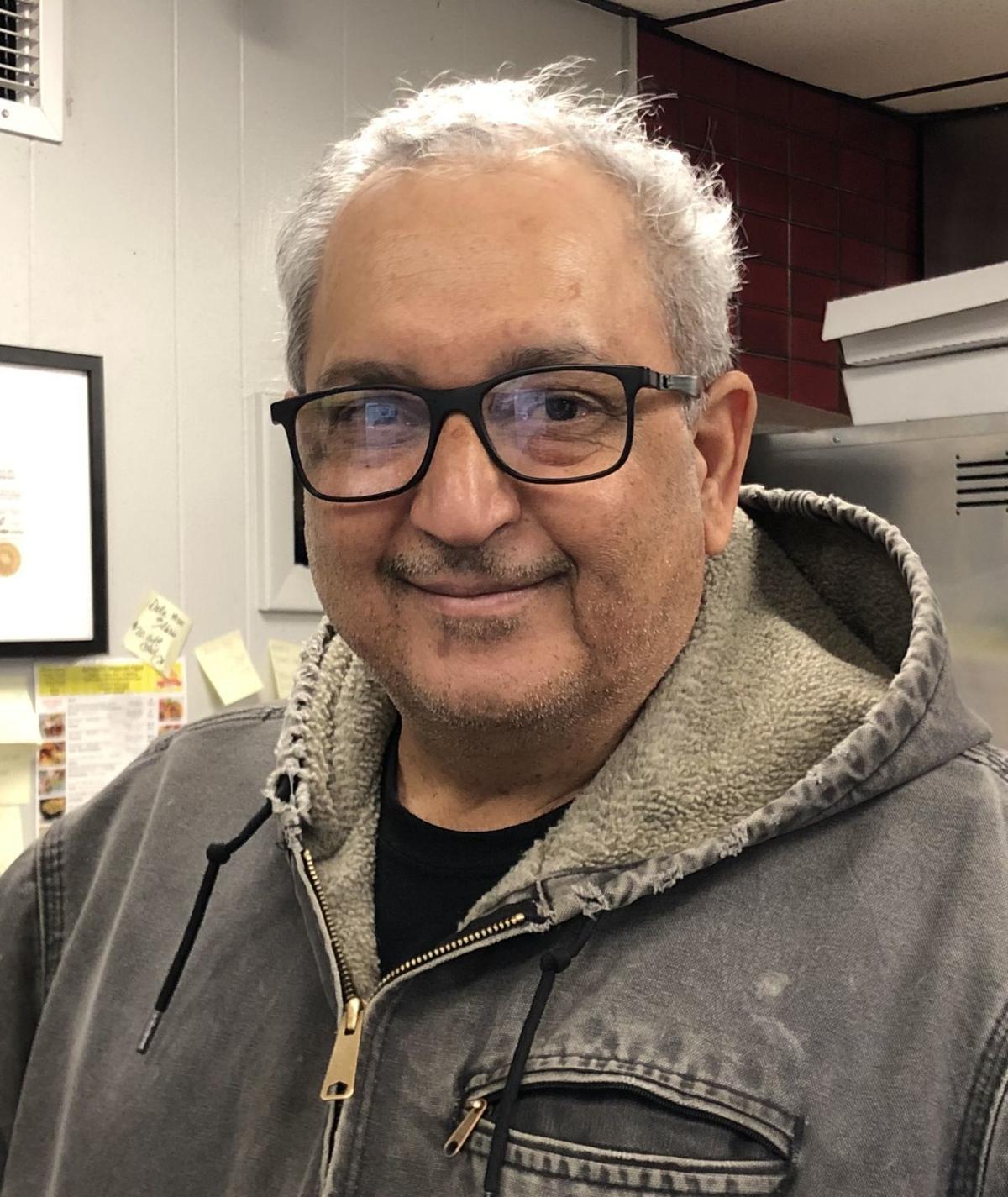 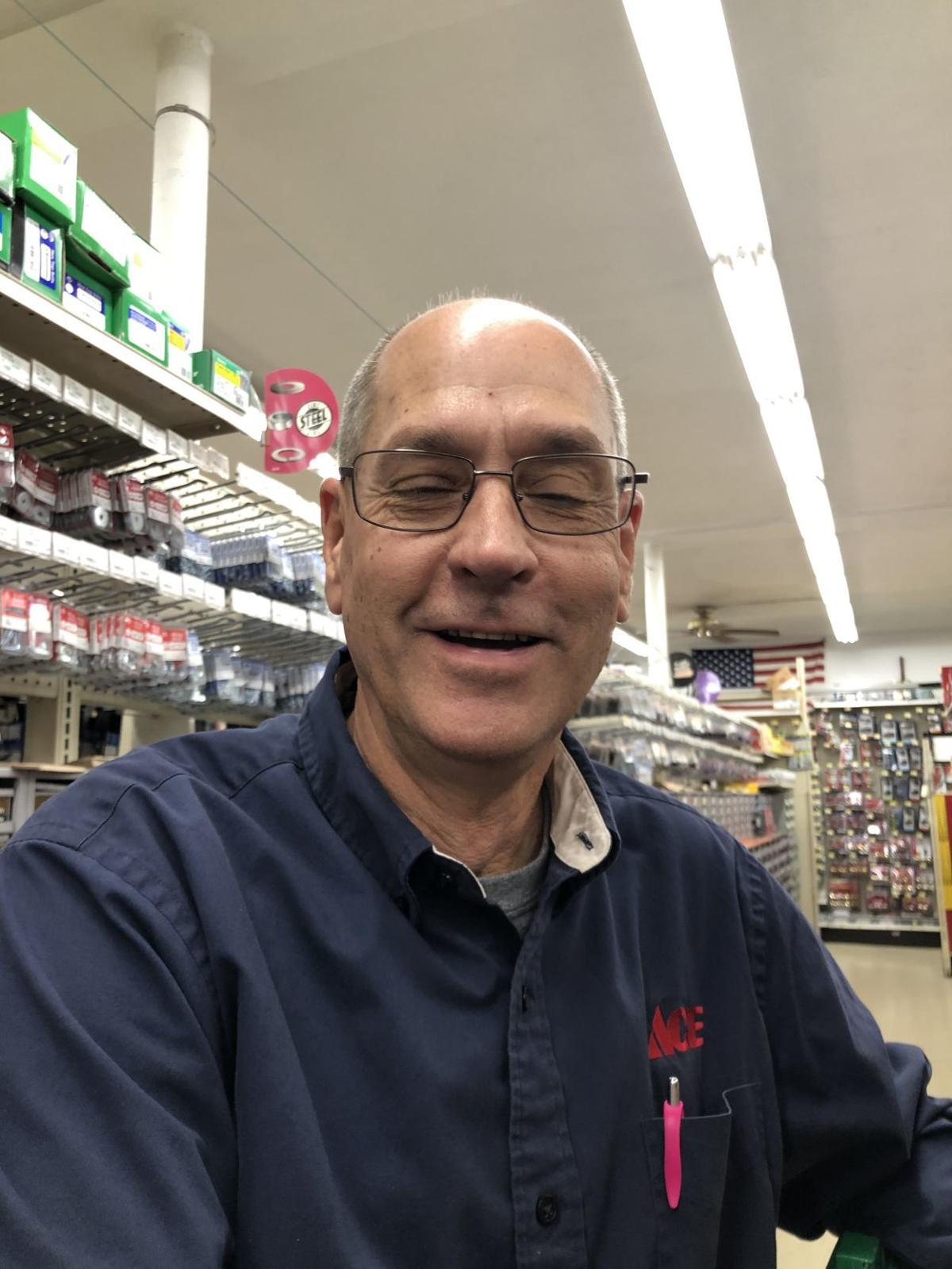 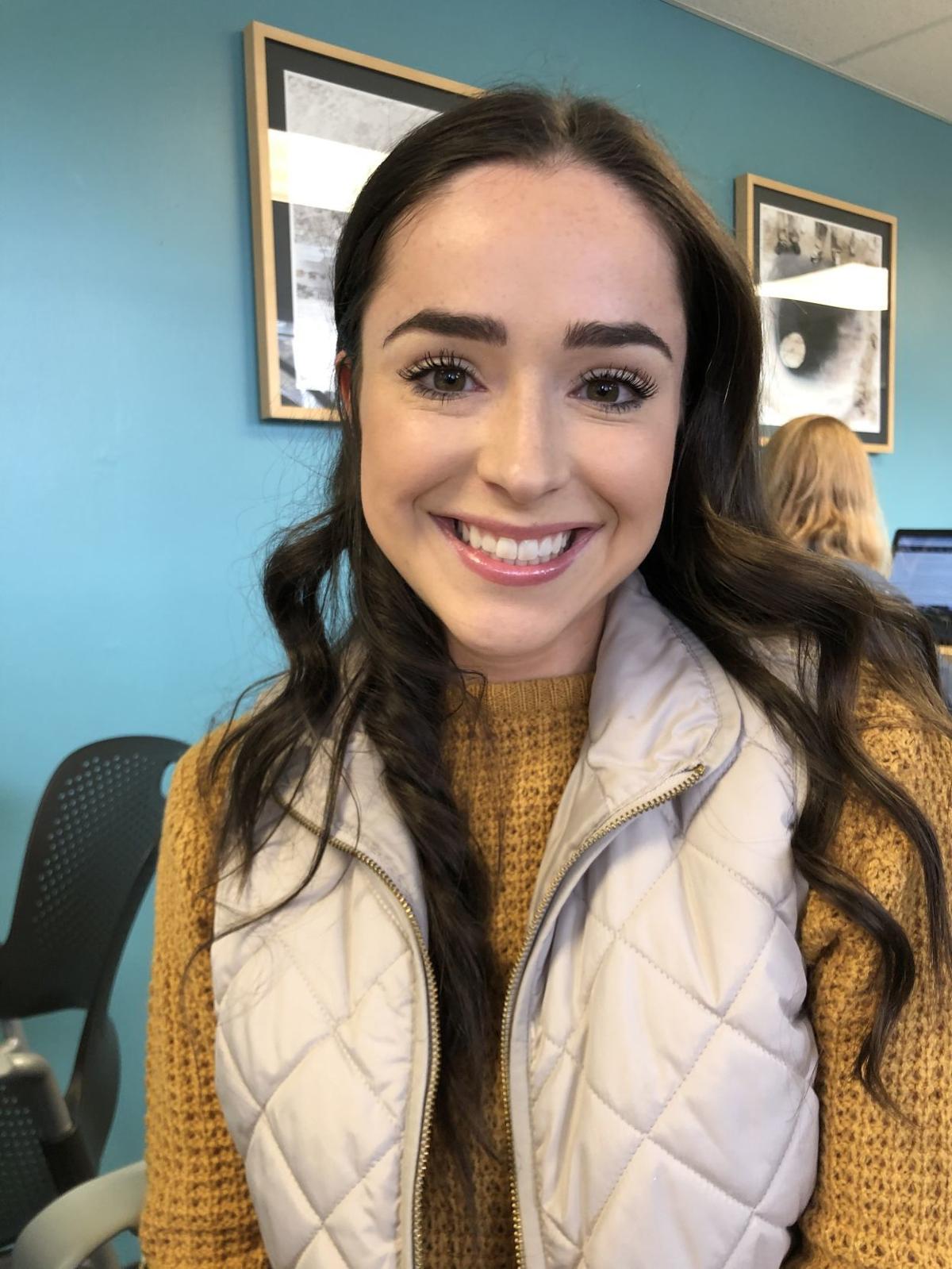 At a quiet table inside Panera Bread, 4044 38th Ave. in Moline, Jim Clayton and Ed Chambers, both 59, have a Bible open between them.

It is mid-afternoon on Wednesday and the two friends, who live hours apart, are catching up with each other. Clayton, of La Harpe, Ill., and Chambers, from the Chicago suburb of Lake in the Hills, Ill., chat between sips of water and coffee.

Neither man has watched any of the public impeachment proceedings that began earlier in the morning, but it doesn't make a difference: The impeachment inquiry of President Trump is a sham.

"It's just such a one-sided attempt to get rid of a president — just because they disagree with him — without any real evidence," Chambers said. "I think it's a shame. They could be doing better with our tax money, working together, instead of trying to impeach the president because they don't agree with the election. I think it's an assault against those who did vote for him. It's unfair and it's disrespectful."

Clayton took issue with closed-door hearings that were held before the public hearings began Wednesday.

"I don't think the proceedings have been legal," Clayton said. "They're closing out part of Congress behind closed-door sessions? Not allowing both sides to question witnesses, hear testimony and gather evidence; that's illegal. Regardless of who I agree with, why did both sides not have access to the same information to prepare a case?

"Opposition to Donald Trump and his impeachment have been coming since two days after the election," Clayton said. "Are (Democrats) just looking to get him out because he's garnering support? My degree is in criminology, with a background in law enforcement and criminal justice. This isn't legal."

Across the Quad-Cities opinions on the impeachment proceedings ranged from outrage to apathy, and from support to disgust.

Kathy Sylvester, 65, disagreed with the Panera Bread patrons. At the Moline Public Library, Sylvester keeps an eye on her granddaughter while she looks through books in the children's section.

"Impeachment should have happened a long time ago," Sylvester said. "I think Trump represents the wrong image that we as a people need to portray. It seems like he's done some very underhanded things. We won't know that until they go through the proceedings."

She said if Trump did withhold military aid from Ukraine in exchange for the country's promise to open an investigation into Joe Biden and his son Hunter Biden, then "that's wrong. If that's what is being proven, that's wrong.

"Personally for me, when the Access Hollywood tape (came out), he never should have been voted in as president," she said. "People knew he was that kind of person."

Another library patron, Adele Calvert, 82, thinks the impeachment process is an effort by Democrats to overturn the 2016 election results.

"They've been working on that ever since (Trump) got in office and they'll continue to work on it until he's gone, no matter what he does," Calvert said. "I'm glad I voted for him. He's done exactly what he promised he'd do; he tried to fix the border, he tried to do something about taxes, he's tried to (stop) abortion. He's had a hard go of it. He has done what he promised to do. I don't think any other president has done that."

"I think it's about time," Wells said. "I hope they have enough of a case to go through with it. We've had Mexican kids in cages at the border for too long — one day was too long. As soon as we heard about that, he should have been out of office.

"I think it's amazing that after everything he went through with (Special Counsel Robert) Mueller, he tried the same deal but with a different country. He should be in jail for it."

"I think it's pointless to impeach Trump at this point because the 2020 election is in a couple of months," Dolph said.

Wesley Pace, studying criminal justice at Scott Community College at the Belmont Campus, Bettendorf, was in the cafeteria area with many other Wednesday morning.

“I believe that our democracy is in great peril,” said Pace, who is following the hearings. “That is because we have a president who is breaking the law in many instances and he needs to be held accountable.”

Ethan Mason, of Davenport, who is studying theater, sat nearby, He is following the hearings, and said Trump isn’t a good guy, “And he hasn’t been a long time,” he said. “It’s just about time, you know. He’s got to go.”

At St. Ambrose University, Davenport, Taryn Moustakas, of Palos Heights, Ill., sat with dozens of other students studying or completing assignments in the Beehive. A business management major, Moustakas plans to watch the hearings. “It’s definitely important for people my age to be involved in politics," she said.

”We’re not focusing on the big picture. We’re focusing on really tiny little things. It’s not a situation where we should be putting someone on trial. It’s not a good way to represent the country.”

Across town in the west end of Davenport, Nassr Muhammad, who owns Nally’s Kitchen, said Wednesday afternoon his customers have been watching the hearings, but they haven’t talked too much about it. “I believe most people are just looking at it. I’m not sure if they’re watching it. Everyone that I speak to, they’re quiet about it.”

On Wednesday afternoon, Mark Hayman, of Hayman’s Westside Ace Hardware, said he won't watch the hearings. "I don’t have that much of an interest in it. It’s too political for me.” He said his customers hadn’t talked it about it, either. “I haven’t heard anything about it.”

Rock Island County to vote on allowing refugees to settle in the county. Action would defy Trump's executive order

Rock Island County Board members will vote Tuesday on a measure that would allow refugee resettlement in the county, defying an executive orde…

Rock Island County Board members on Tuesday approved sending a letter to U.S. Secretary of State Mike Pompeo to allow refugee resettlement to …

Eldridge fitness center will close soon, regardless of Y vote

The Eldridge Recreation and Fitness Facility’s days are numbered, regardless of the public’s vote on a proposed project for a new Y.

Iowa gaming industry seeks change in how winnings are treated

DES MOINES — When gamblers win $1,200 or more at Iowa casinos, they are subject to a search for debts owed to state government — child support…

Mike Walton, Scott County attorney, will retire when his term expires in December 2022.

Klobuchar, Warren pick up support from legislators who previously backed other candidates

DES MOINES — With Sen. Amy Klobuchar tied up in the Senate impeachment trial, Iowa legislators who support the Minnesota Democrat rallied for …

Customers enjoy lunch as the public impeachment hearings are shown on the televisions over the bar at Steve's Old Time Tap bar in downtown Rock Island, Illinois on Wednesday.

Ed Chambers, (left) and Jim Clayton, discuss impeachment proceedings against President Donald Trump during a break at Panera Bread in Moline on Wednesday.