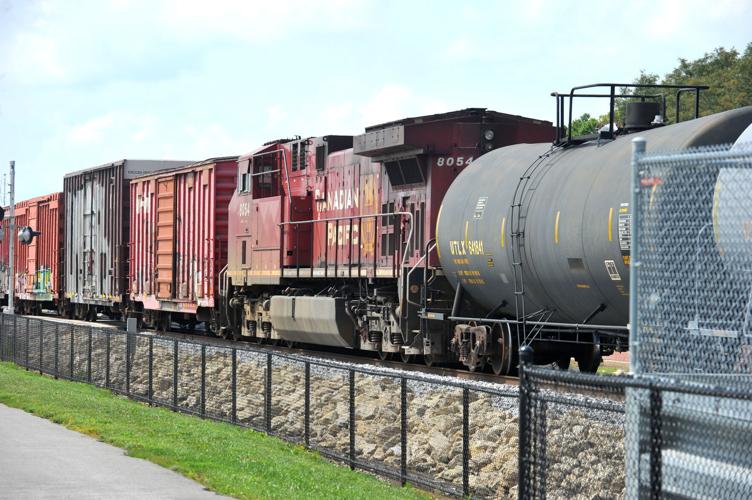 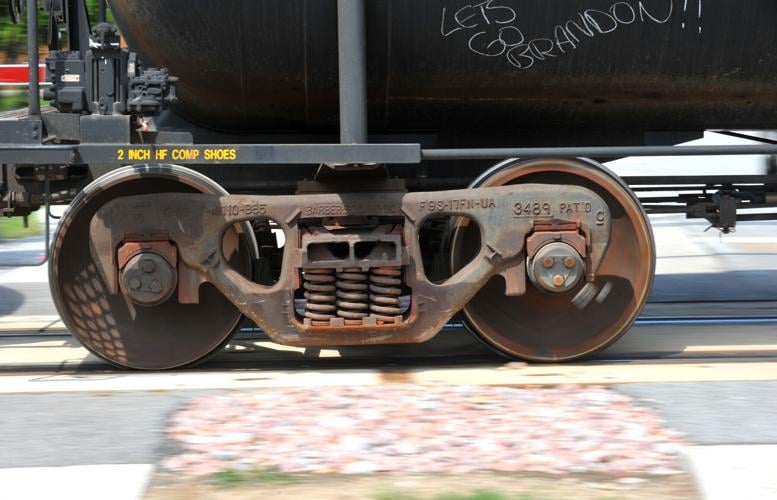 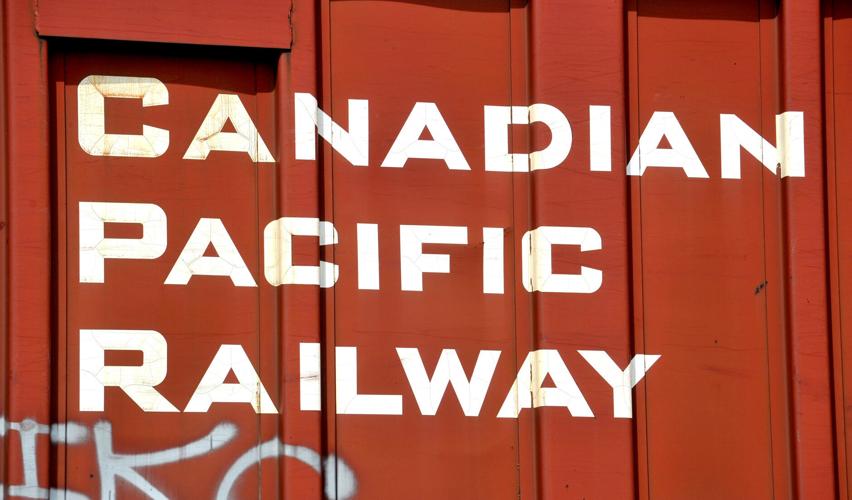 Eastern Iowa residents detailed to federal regulators on Tuesday a flood of concerns about the proposed merger between Canadian Pacific and Kansas City Southern.

The two north American rail companies want to merge and create a single-line rail system connecting Mexico through the U.S. to Canada.

Eastern Iowa, including the Iowa Quad-Cities, is expected to shoulder the brunt of additional train traffic as a result of the proposed deal.

Resident concerns were wide-ranging — more trains could mean blocked access for emergency responders to homes and parks, greater likelihood of a derailment, accidents, hazardous spills, and more noise impacting residents' and businesses' quality of life. The rail bisects riverfronts in Davenport — which sees thousands of people attend events — Bettendorf, Leclaire, Princeton, and Camanche, among others.

"When one of these trains derails while passing through this area of mega public events, thousands of people could be killed," said former Davenport Mayor Bill Gluba. "This is a disaster of monumental proportions just waiting to happen and you have the power to prevent it."

By Canadian Pacific's estimates, the number of trains is expected to increase from eight trains a day to 22 by 2025 between Sabula, Iowa, and St. Louis, Missouri. That's because Canadian Pacific expects the more efficient route to attract more freight customers. Canadian Pacific officials have pointed to local jobs created, reduced global emissions, and improvements to the efficiency of the nation's supply chain as benefits of a merger.

"Here in Eastern Iowa, the projected increase in traffic is the largest increase of anywhere in the combined network," said Joshua Wayland, a manager with the Office of Environmental Analysis, which is analyzing the environmental impacts of the merger.

As part of the proposal, the federal Surface Transportation Board responsible for reviewing and deciding whether to approve the merger, heard from the public in Davenport on on its drafted statement of environmental impact. Next, it will respond to comments in a final environmental impact statement — expected sometime this winter. A decision by the Surface Transportation Board is expected to come in the first quarter of 2023.

More than 100 people filled a room in the River Center, and dozens spoke against the merger in a public meeting that lasted more than three hours.

The Surface Transportation Board's Office of Environmental Analysis published a draft environmental impact statement in early August, which found the overall impact of the merger "negligible, minor, and/or temporary."

Wayland in a short presentation said the merger would take more than 60,000 semi trucks off highways, reducing global carbon emissions because transportation by rail, he said, is more efficient than by truck.

However, Wayland said, locally, where the train traffic is expected to increase the most, and there would likely be more delays and slight increased risks of spills, accidents, and air pollution.

Wayland told the crowd the environmental analysis found the biggest adverse impact would be from increased train noise. Scott County has the most sensitive locations to noise, such as residences and nursing homes, out of anywhere on the route, according to the environmental impact statement.

Wayland said because rail traffic is projected to increase on rail lines, the risk of an accident, such as a derailment, spill, or collision with another train or motor vehicles would likewise increase on those rail lines, such as through Eastern Iowa.

"However, we think that the absolute risk would remain low on all effective rail line segments," Wayland said.

A common theme residents asked the board to consider a more localized environmental impact statement.

"I would urge you to back this train up quite a bit," said Supervisor Ken Croken. The Scott County Board of Supervisors penned a letter to the STB opposing the merger.

Croken is also a part-owner of the Quad Cities River Bandits, and said the Davenport ball diamond's current plan for emergency response in case of a train stoppage is to do a rescue by boat and take the person in need of care to a hospital in Illinois.

Camanche City Administrator Andrew Kida expressed concern for more than 400 households that are between the railroad tracks and the river. He asked the board to force Canadian Pacific to make needed upgrades to the city's seven intersections. The city turned down what it saw as a meager offer of $200,000 from Canadian Pacific. He also said city officials were pressured by Canadian Pacific to take the deal or get nothing.

"Blockage of these crossings, which happens frequently already, results in delays of emergency services and residents' travel," Kida said. "Increasing the volume will only increase the delays. In case of a derailment, the only means of egress for these 1,200 citizens would be via the Mississippi River."

Residents can make online comments until Oct. 14, an extended date. One remaining online meeting will be 6-8 p.m. Sept. 19 More information is available at www.cp-kcsmergereis.com 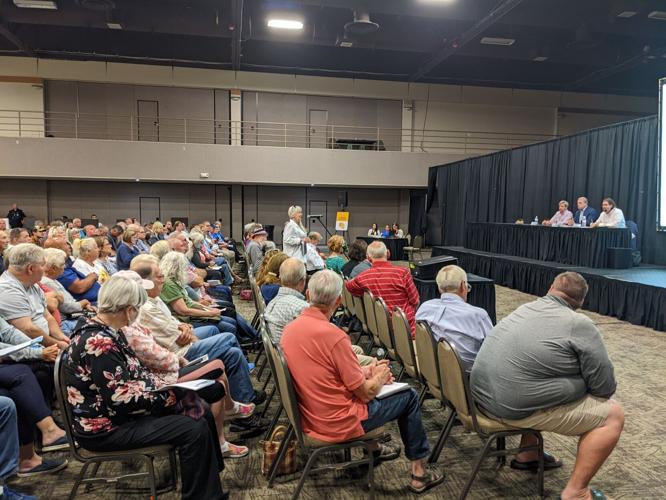 A local resident addresses federal officials with the Surface Transportation Board's Office Environmental Analysis on Tuesday, Sept. 13, in Davenport. The office is charged with analyzing the environmental impact of a potential merger between Canadian Pacific and Kansas City Southern. She summed up many residents' concerns by saying office's draft environmental analysis that found minor impacts overall from the merger "is great from 1,000 miles away, but it's not great for us."

Finding that three days of public hearings for the proposed merger of Canadian Pacific Railway and Kansas City Southern is not enough, the Surface Transportation Board expanded the hearings, adding Oct. 3, 4 and 6. Last week, Clinton approved a $1 million agreement with the railroad to not oppose the merger. While the board hopes to make a decision early next year, it may be dealing with a case of information overload as reportedly over 200,000 pages of testimony have been received. All slots to testify during the hearings have been taken.