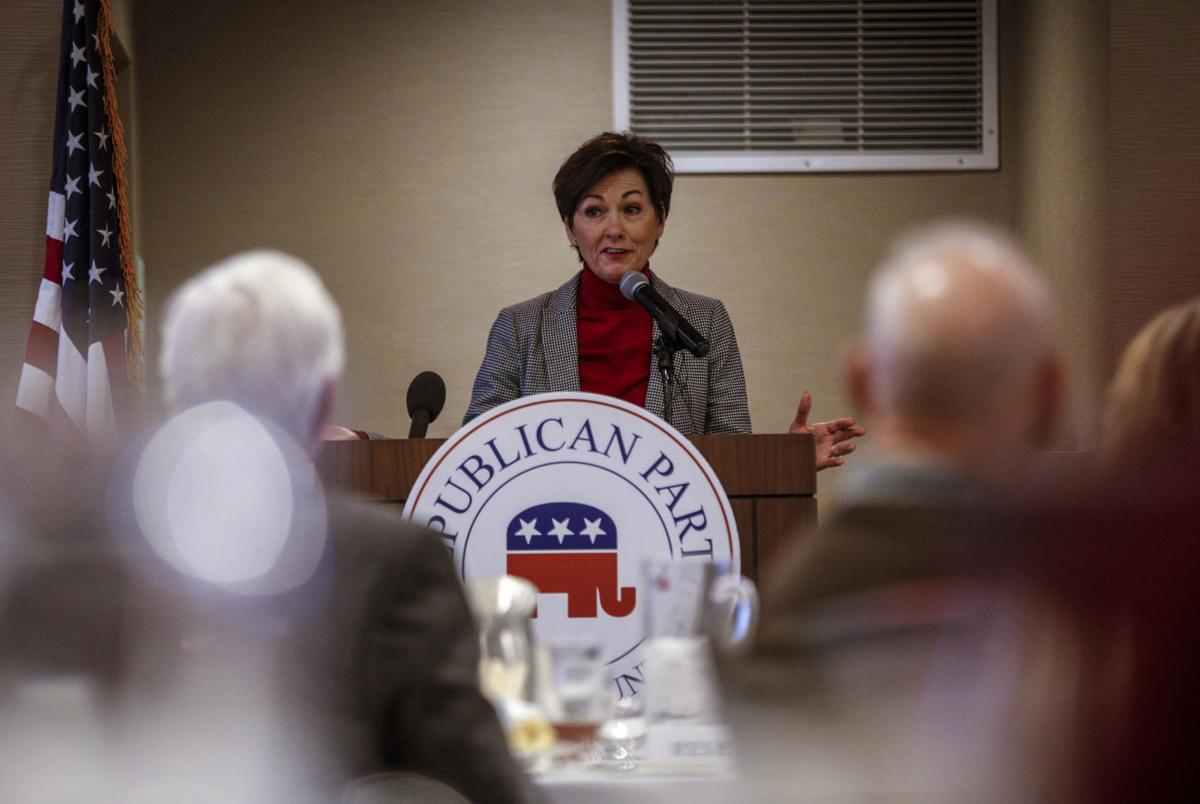 Lt. Governor Kim Reynolds speaks to Scott County Republicans on Thursday at the Holiday Inn & Suites in Davenport on Thursday. 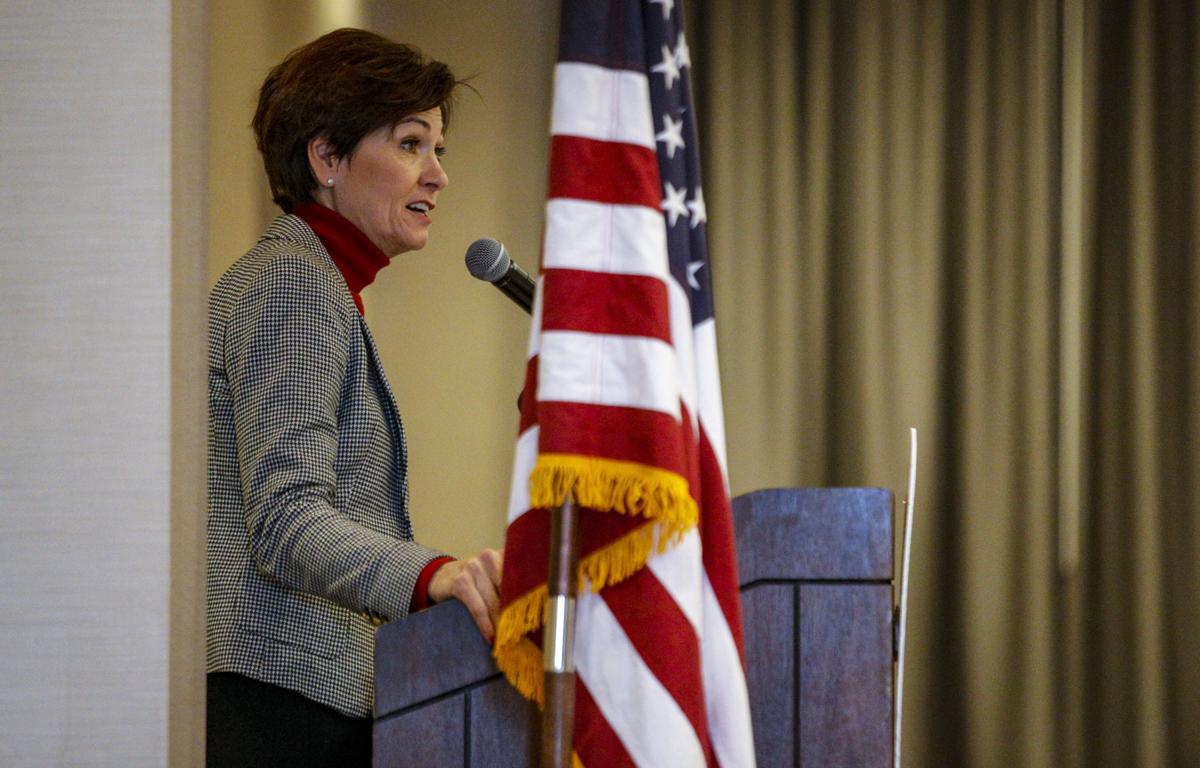 Iowa Lt. Gov. Kim Reynolds told a group in Scott County on Thursday that a task force will be formed to study the possibility of long-term changes to IPERS, the retirement system for public employees in the state.

However, she said later it was still in the formative stages. And Ben Hammes, a spokesman for Reynolds and Gov. Terry Branstad, said no steps had been taken to set up the group.

Reynolds, who soon will become the state's governor, said in remarks at a Scott County Republican Party fundraiser Thursday that commitments already made to IPERS members would be honored. "I feel very strongly about that," she said. However, she also raised the possibility of moving toward a "hybrid" system that would include the current defined benefit pension arrangement as well as a defined contribution component. The latter is akin to a 401(k) system that is common in the private sector.

Reynolds said states have grappled with defined benefit systems and that multiple private sector companies have shifted away from them. She said nothing would happen quickly, and a balance would have to be struck to protect people on IPERS to whom promises have been made. But, she added, there needs to be serious study of the issue.

"We're hoping there will be a way to do some kind of a hybrid, so shift to maybe a defined contribution moving forward. But we have to balance the two because you have to leave enough in to fund the people (to whom promises have been made)," she said.

"We've got several people coming together. We're going to have a task force and just, really thoughtfully and systematically, look through, working with maybe some of the companies that have done that, and see how they were able to do that and how we could maybe move that forward. But it's not going to happen tomorrow. It's going to take time, but at some time we probably need to figure out a way because it's not sustainable."

Afterward, Reynolds told a reporter "it's not done. I said we are looking at forming a working group or a task force, bringing people together that can help us walk through that. It's not in place. There isn't one existing, but we're trying to reach out to people that would be good on helping us look at options.”

The IPERS fund, which has a market value of $28.3 billion, has a long-term unfunded liability of nearly $5.6 billion. Its funded ratio of 83.9 percent has held relatively steady since 2009 and is generally considered one of the better funded state systems in the U.S., though the ratio was higher in previous years.

Some conservative groups have called the IPERS defined benefit system outdated. Americans for Prosperity has called for a shift to a defined contribution arrangement. However, if changes were proposed, they would surely be opposed by public sector unions.

Late last year, Branstad surprised IPERS members when he said that he was open to the idea of changes to the system. The next day, though, he said he wasn't advocating anything specific, and that the system is one of the best run defined benefit systems in the country.

A defined benefit system typically pays a set amount to employees when they retire. Defined contribution systems do not promise a specific amount to beneficiaries.

A poll providing the first post-primary peek at the November general election finds that the race for U.S. Senate seats is a virtual dead heat…

Lt. Governor Kim Reynolds speaks to Scott County Republicans on Thursday at the Holiday Inn & Suites in Davenport on Thursday.